The 1990s was an interesting time for sci-fi films. Many of them were heading straight to video, with varying degrees of quality. It was also a very creative time, when directors and producers were pulling out all the stops, regardless of budget.

Many of these flicks fell between the cracks, but there’s no reason to let them stay there. Interested in seeing something new, that was once old? Try giving these sci-fi gems a shot. 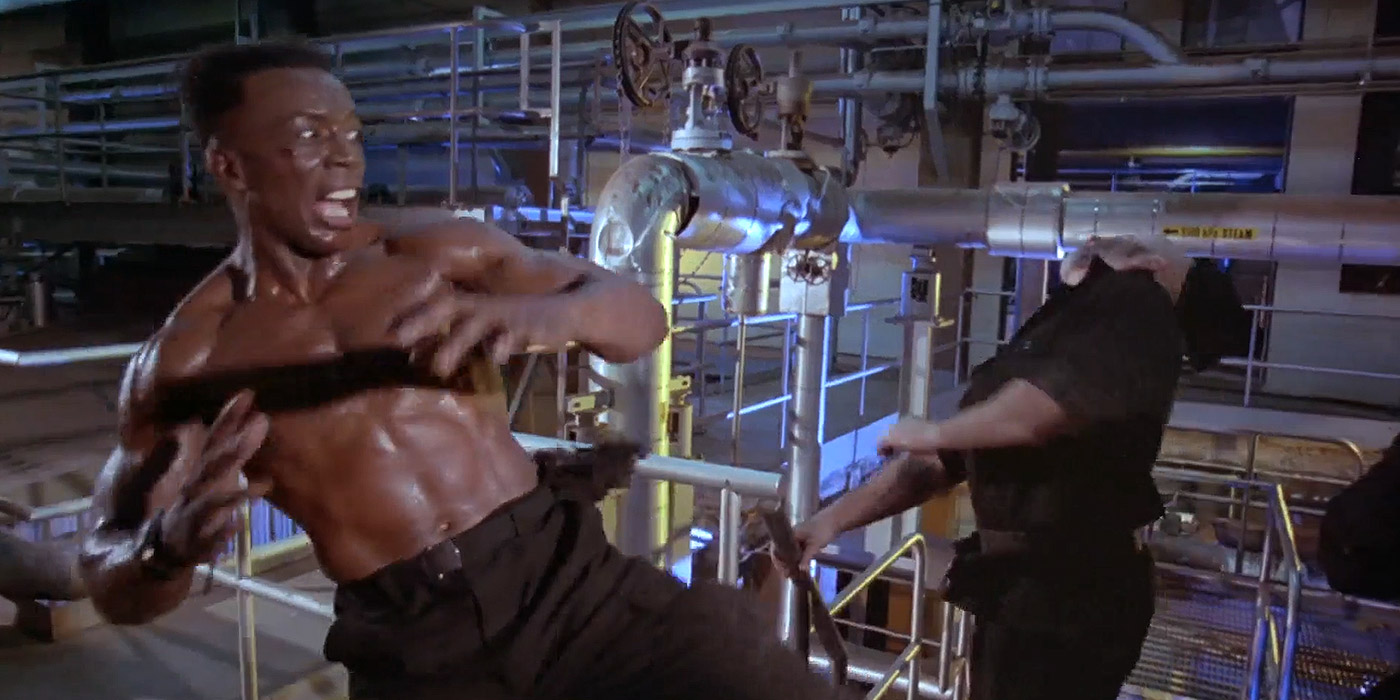 As far as martial arts movies go, few have the kind of intensity and choreography of TC 2000. It’s a shame that most audiences didn’t see it. It’s loaded with martial arts heavyweights such as Billy Blanks, Bolo Yeung, and Matthias Hues.

There’s a futuristic sci-fi subplot woven into the story which involves the creation of a super-soldier brought back from the dead as an assassin. The real attraction of TC 2000 lies in the well choreographed fights, which are unlike anything glimpsed in the movies of the time period. 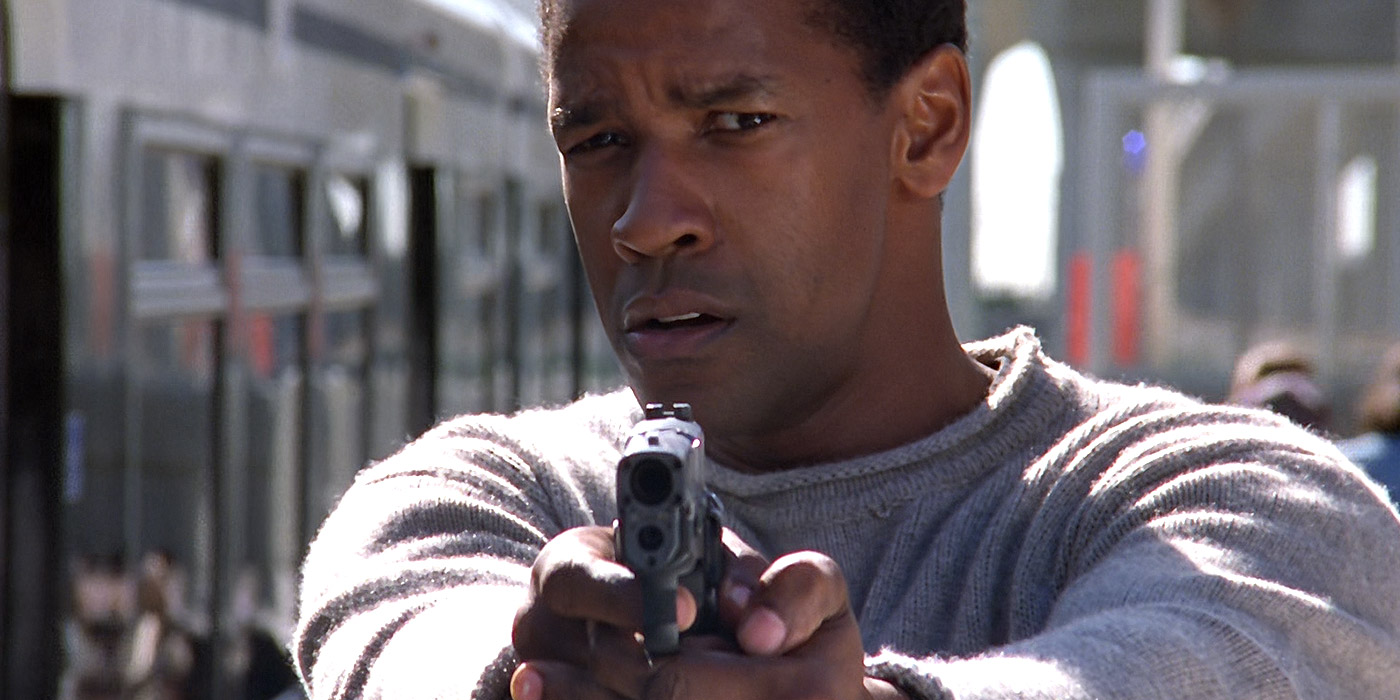 Though it did star Denzel Washington and Russell Crowe, this sci-fi film didn’t have as much staying power as it should have. The premise, while absurd, is pretty interesting, and that alone should be a reason to check it out.

Washington played a former cop sent to prison for accidentally shooting innocents to death. He’s given a chance at parole, if he’ll track down the vicious Sid 6.7, a computer AI comprised of hundreds of notorious serial killers, who escapes into the real world. 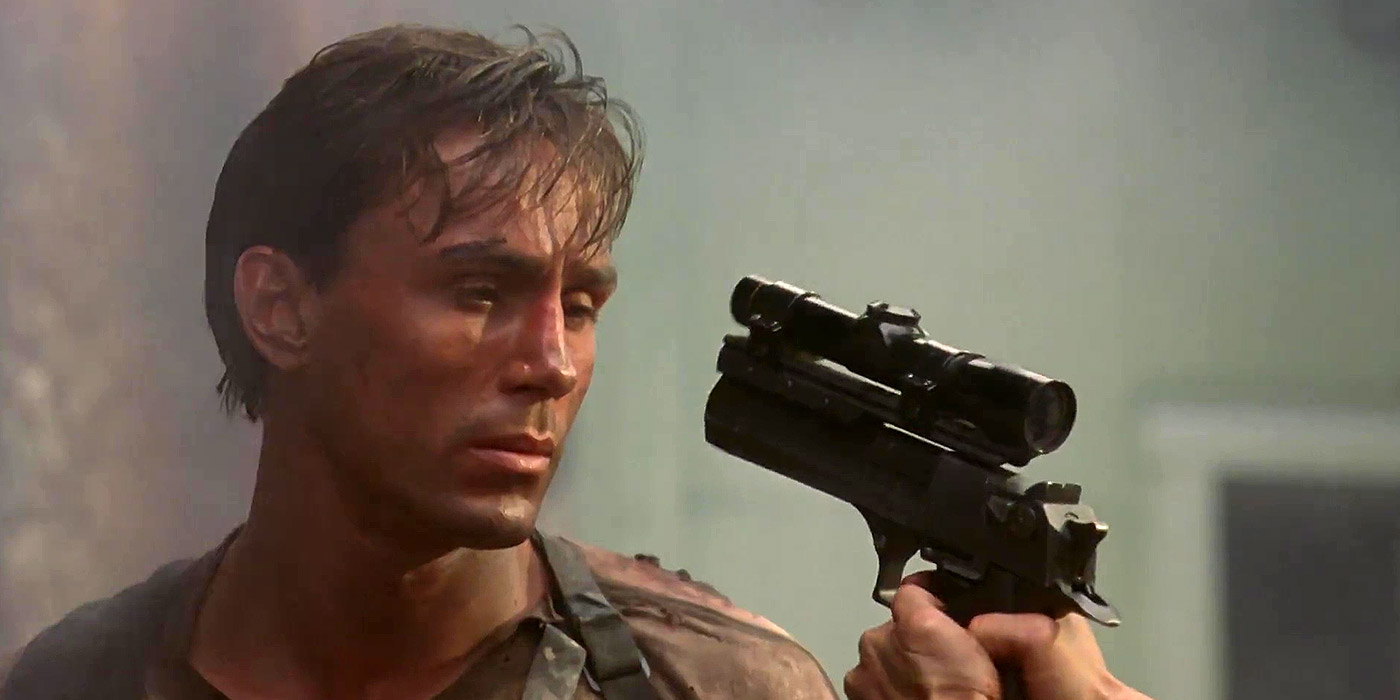 Olivier Grunner and Mortal Kombat alum Cary-Hiroyuki Tagawa headed up this film about a futuristic bounty hunter working with the LAPD, who gets roped into hunting down the leader of a terrorist group. The situation becomes more complex when he learns of their true intentions.

Nemesis was a film that questioned the direction humanity was headed in an increasingly digital age. It also entertained the notion of what humanity meant in an era when more and more people were adopting cybernetics. These themes would be explored in future video games like Deus Ex, and films like The Matrix. 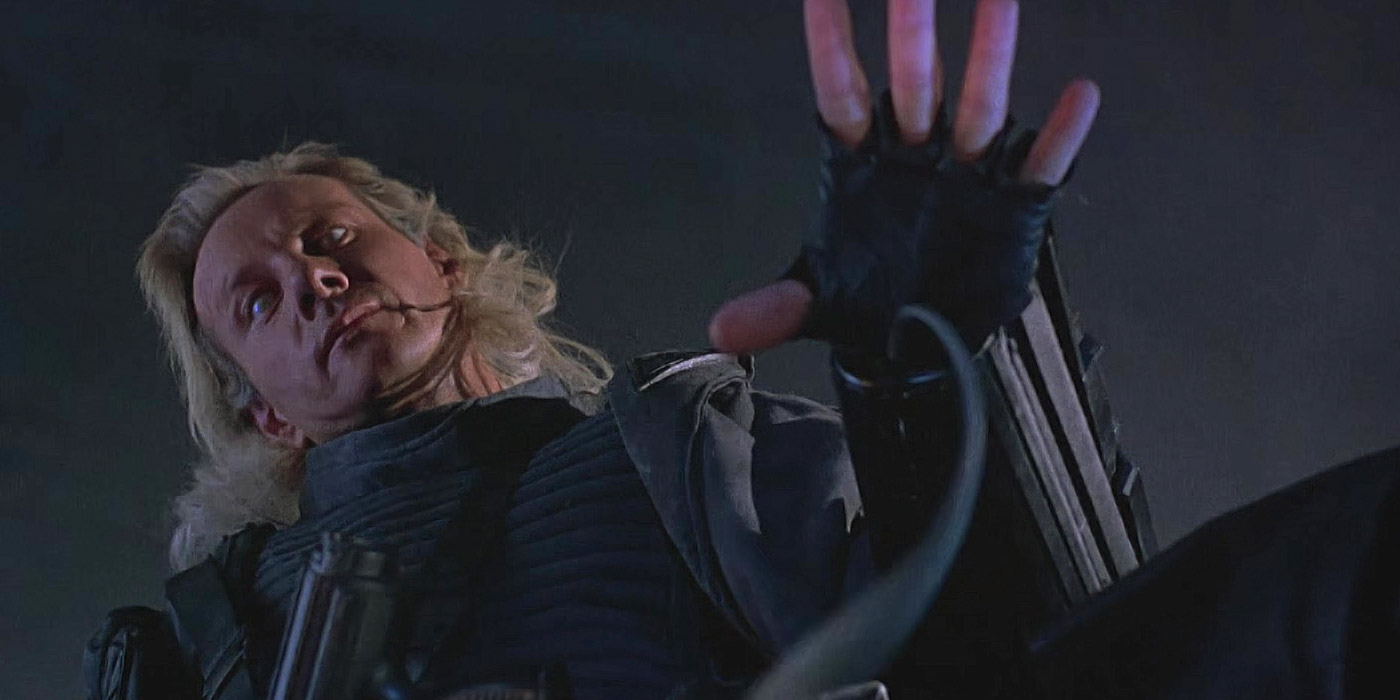 The alien injects heroin into the bodies of his victims, before drawing out a collection of endorphins, which are in turn used to create an addictive narcotic that he can peddle on his own planet. It’s an interesting take on hostile alien movies that came before, like Predator. 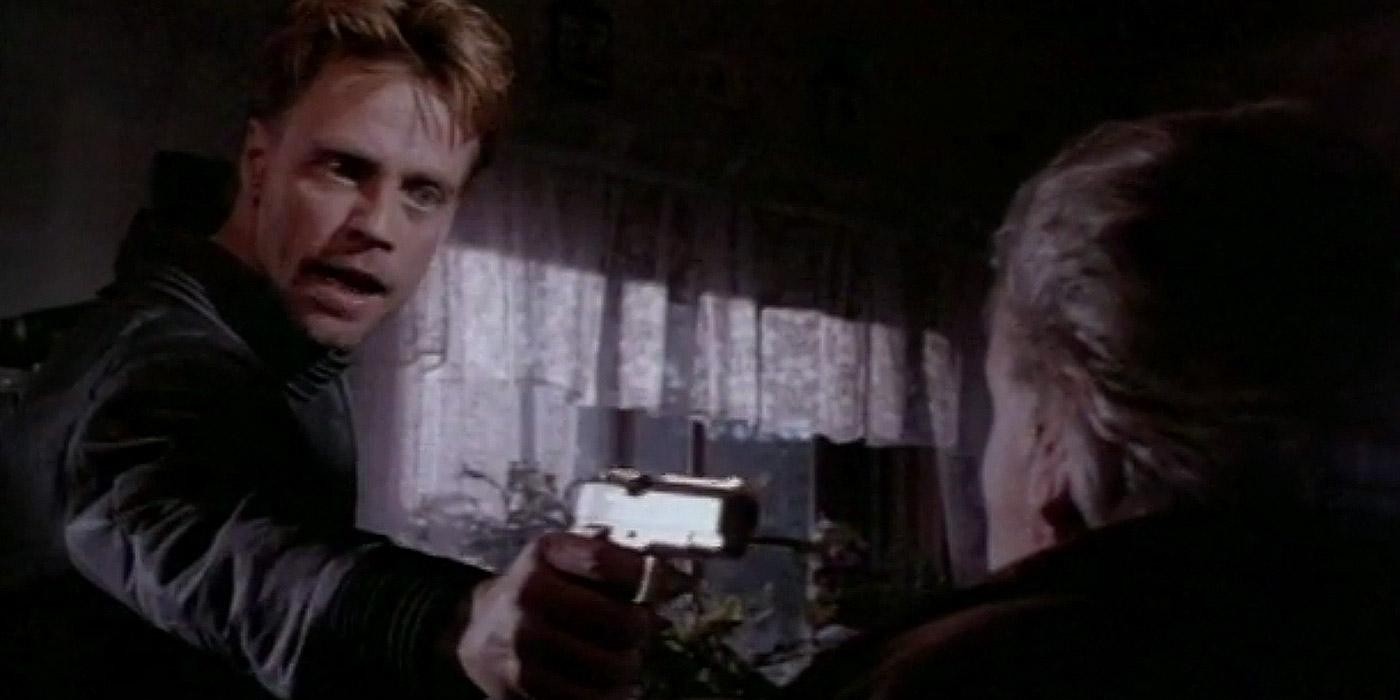 Star Wars icon Mark Hamill played in this low budget sci-fi film about a military Captain who travels back through time after his world is invaded by aliens. His attempt to prevent the invasion from taking place is met with resistance by several aliens hot on his trail.

The film plays fast and loose with the concept of time travel, but it does manage to score points for sticking to established theory. It’s smartly written, even if the plot is slightly convoluted. Plus, it’s worth seeing a post-Luke Skywalker Hamill try his hand at something other than voice acting. 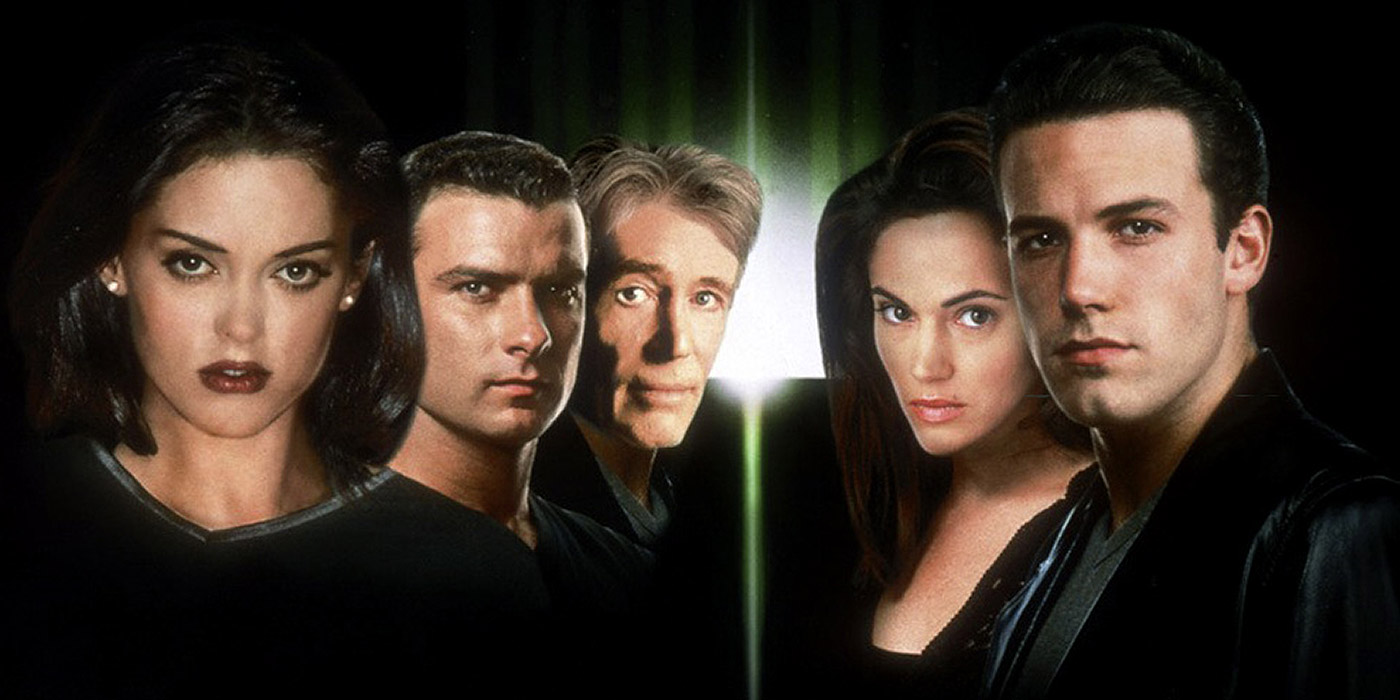 It wasn’t the highest-rated sci-fi film around, but the story behind Phantoms is interesting, nonetheless. It starts off looking very much like a supernatural horror film, but as the story progresses, the main characters learn that they’re dealing with an alien intelligence suffering from an identity crisis.

The cast includes Ben Affleck, Liev Schreiber, Peter O’Toole, and future industry whistleblower Rose McGowan. The chemistry between the characters is sometimes spotty, but the sheer novelty of the story is worth a watch. 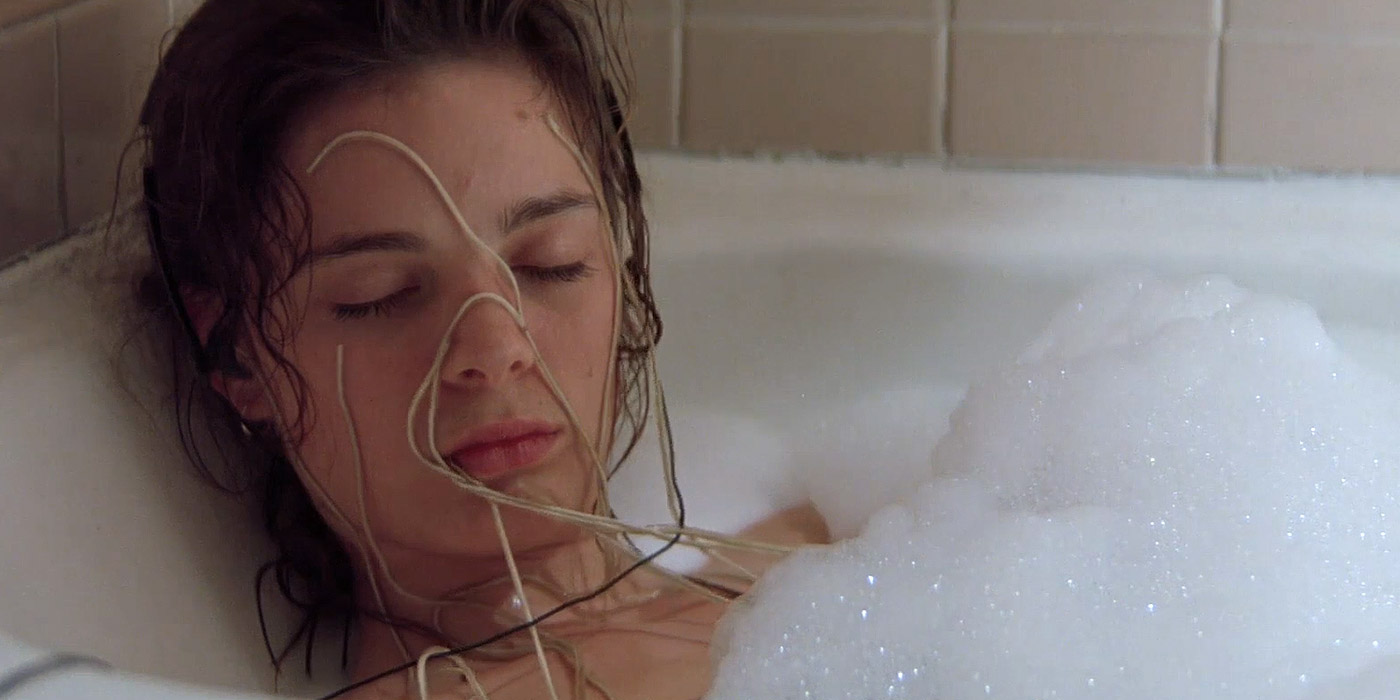 This 1993 version of the classic horror film wasn’t really a remake, but an accompanying story told from another perspective. It took the existing formula and made something totally different with it, becoming one of the best entries in the series.

This particular story felt much smaller in scale, which allowed the characters to grow as the narrative unfolded. It’s full of twists and turns, including some especially dark moments that made it feel claustrophobic, terrifying, and – worst of all – actually plausible. 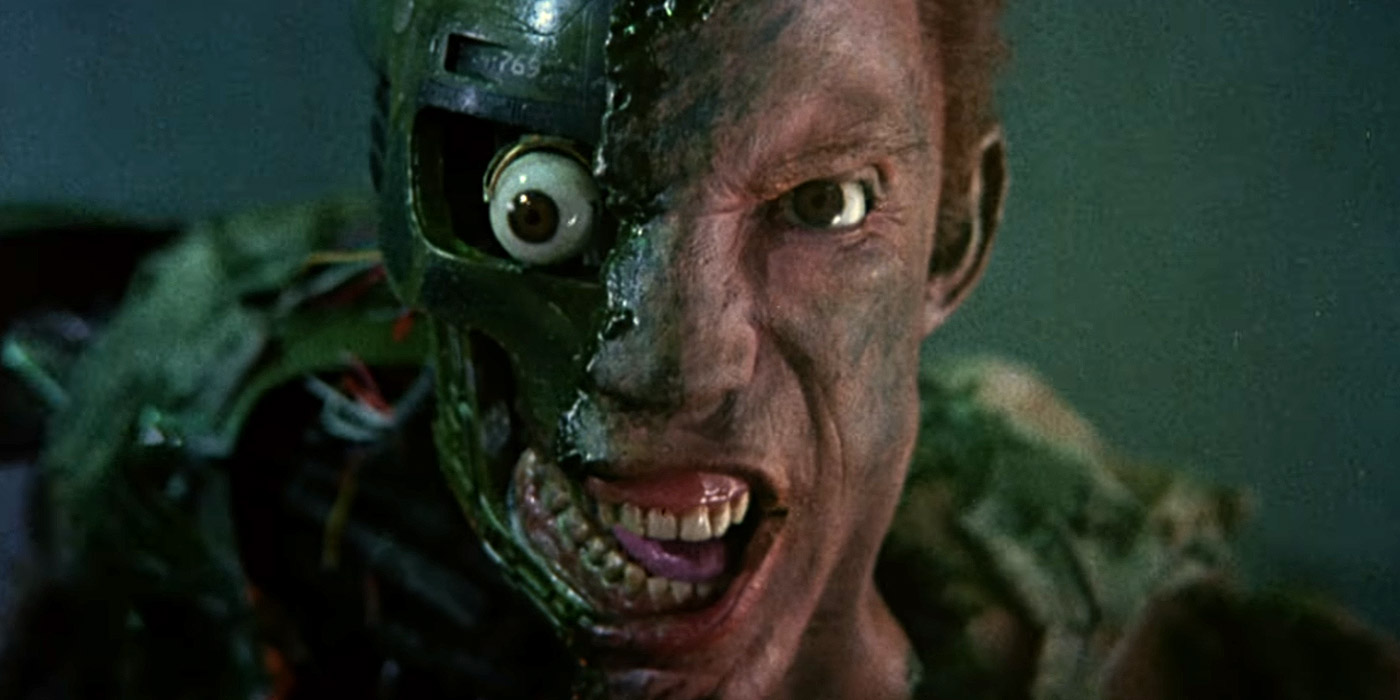 This sci-fi film came out in a time when violence in America’s inner city schools was becoming a commonplace affair. To compensate, authorities in the film start dispatching military androids to act as teachers, filling a void after humans refused to take up the job.

When the warring gangs that make up the student body get out of control, the android teachers start viewing them as threats, and responding with lethal force. It might have seemed like a parody at the time, but Class of 1999 waxed strangely philosophical about our modern day society, which is currently spinning out of control. 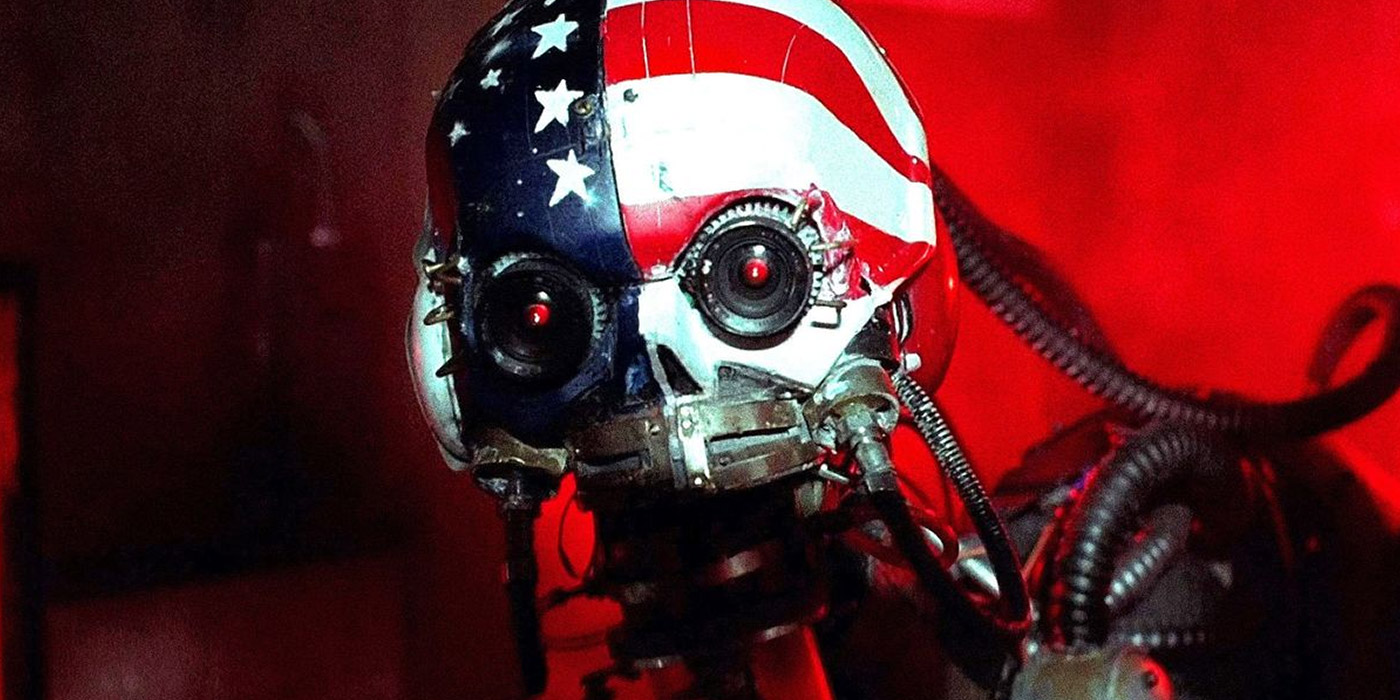 This amazing film has flown under the radar for decades, and it deserves a watch. Dylan McDermott plays Moses Baxter, a guy who buys a robotic head for his girlfriend Jill, an art sculptor. The head soon comes alive, and terrorizes the couple.

Hardware attempted to blend A Nightmare on Elm Street with The Terminator, but the truly amazing part is what director Richard Stanley managed to accomplish with a $1.5 million dollar budget. Even more shocking? The film grossed $5.7 million domestically. 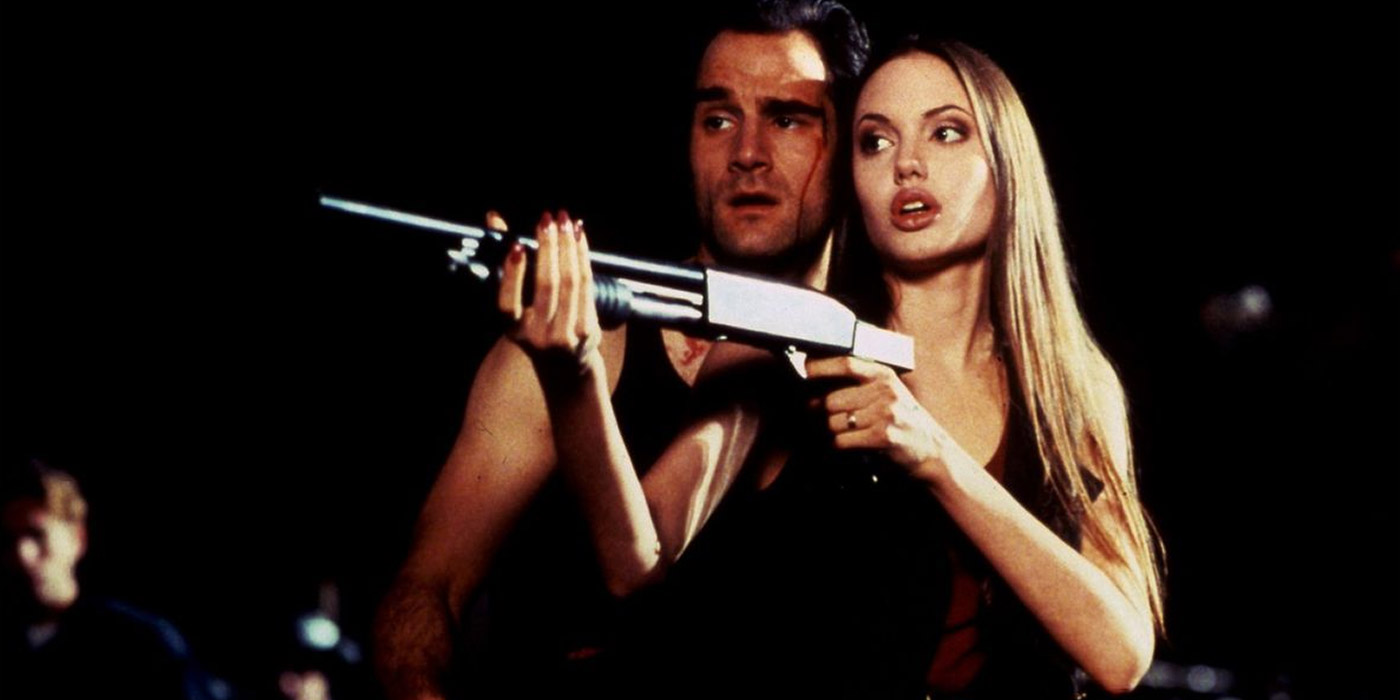 11 years after debuting with her father Jon Voight in Lookin’ To Get Out, future superstar Angelina Jolie starred in this film about a lifelike cyborg built for assassination, who is turned into a walking time bomb. She may not have cared much for the film, but it was one of the projects that launched her career.

Cyborg 2 was a (very) loose follow-up to the original Cyborg, starring Jean-Claude Van Damme. While not the best sci-fi film, it does a lot with its low budget, not to mention its supporting stars, such as Elias Kotias, Billy Drago, and the legendary Jack Palance. 90s B-movie tropes at their finest.