As word breaks that Henry Cavill will return as Superman in Black Adam, giving absolute certainty to tireless speculation, Warner Bros. Discovery is still trying to plug holes in the dam and maintain the surprise.

RELATED: Dwayne Johnson Confesses A Film Pitting Black Adam Against Superman Is What The New Era In the DCEU Is About: “That Is The Whole Point Of This”

Variety reports that Twitter and TikTok are purging leaks of the post-credit scene Cavill appears in, “in line with our rules.” They add, “Warner Bros. filed a copyright complaint to have the footage pulled down.”

A message now shows up in place of posts that says, “This media has been disabled in response to a report by the copyright owner.”

What this message hides is (spoiler) a video of Cavill’s Superman emerging through the smoke to say to Black Adam, “It’s been a while since anyone’s made the world this nervous.” 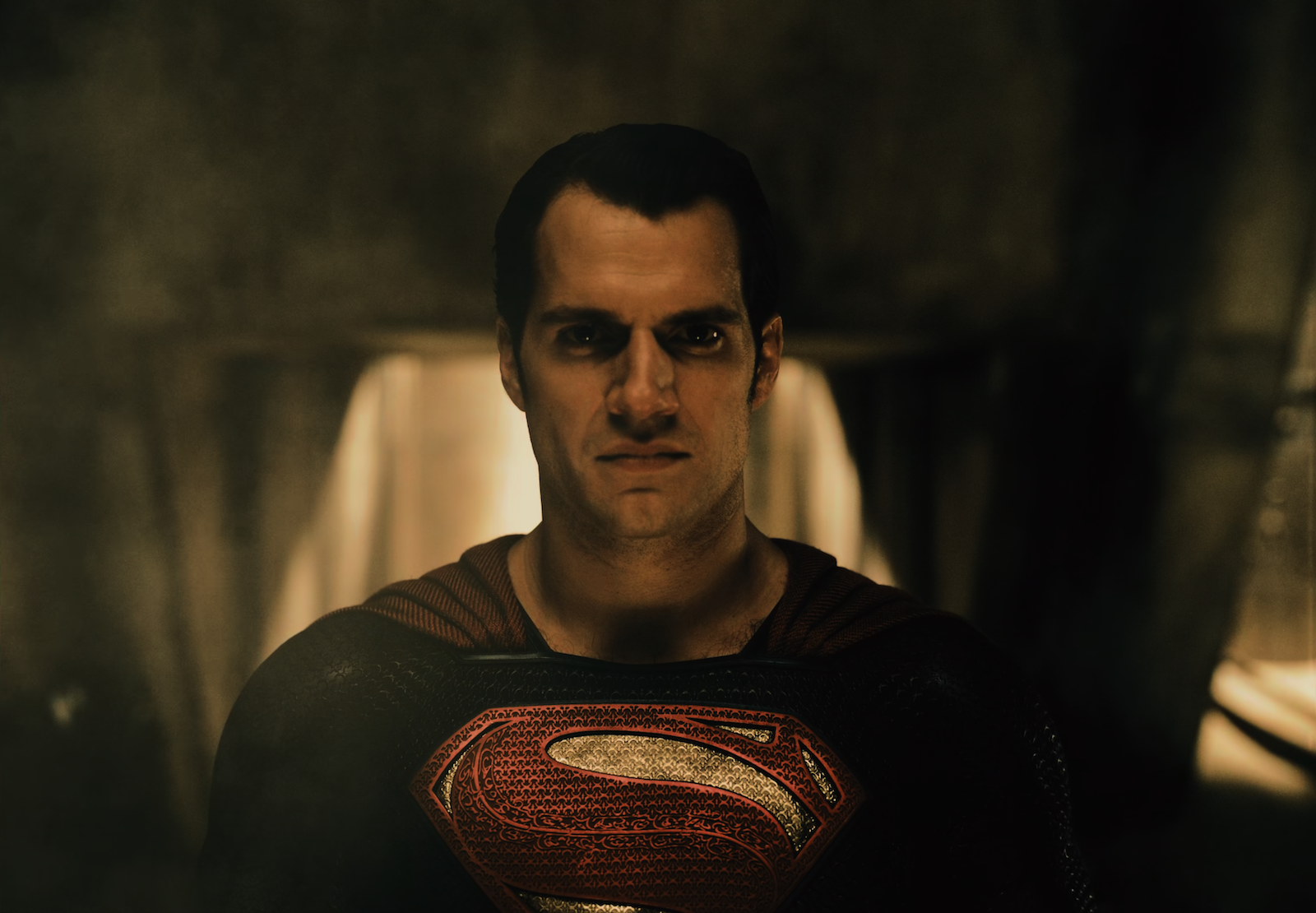 So the Super-cat is officially out of the bag but it’s not as if no one saw this coming or could’ve predicted it. All this time, the star of Black Adam Dwayne Johnson tried to show restraint, motivated undoubtedly by an NDA, but he has been far from subtle.

As he said to Entertainment Tonight in the following clip, a point he has been clear about for months, his mandate at Seven Bucks Productions has been to listen to the fans and they have been “fighting” for years to introduce Black Adam and the Justice Society.

More so, they’ve fought to “Welcome home” the “most powerful force in the universe.” Johnson didn’t name who he was talking about but it was rather obvious.

Dwayne Johnson just has *this* to say to Henry Cavill after getting Superman to return to the DCEU in #BlackAdam: "Welcome home." 🙌 pic.twitter.com/QT0e0iYEOW

The patently obvious is still not stopping social media from calling out scoopers who love to give their readers a heads-up. One of the most noteworthy of that caste is Grace Randolph whom Twitter user @calllesgothm tried to report for giving away spoilers.

Randolph reviews Black Adam, giving it a poor grade, and reveals Cavill’s screen time amounts to five seconds. Twitter user @callesgothm shares a screenshot of this tweet, trying to get the attention of Johnson and Black Adam’s Twitter moderators to see if the YouTube host can be slapped with a 150K fine.

“Well I would like to report Grace Randolph (@GraceRandolph) for blatantly revealing Henry Cavill’s cameo. This is absolutely heart-shattering for fans and gives an unpleasant experience,” the user tweeted. 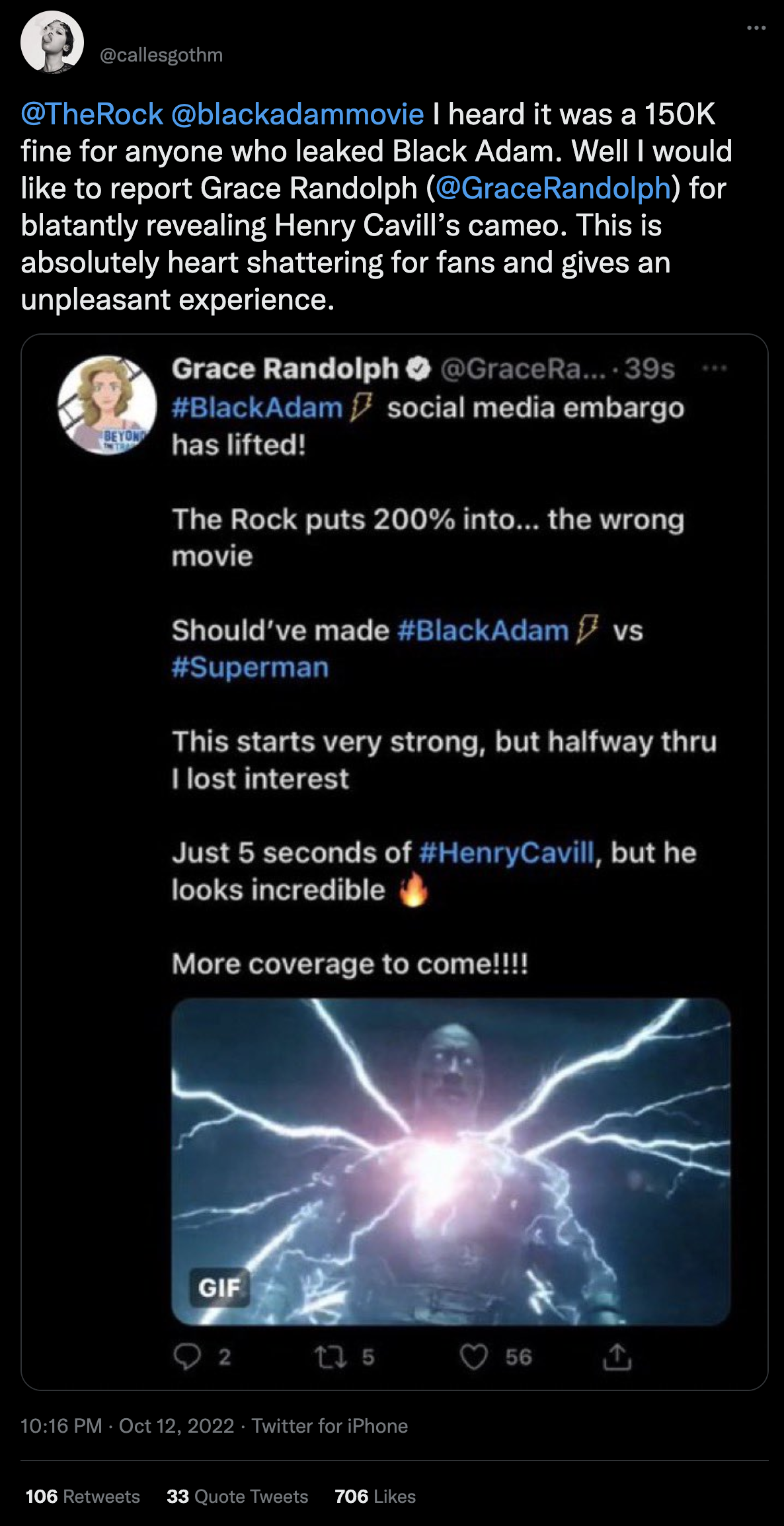 This attempt may only be meant as a joke but, regardless, it doesn’t appear Randolph has been fined or banned from the social media site.

What do you make of Henry Cavill returning as Superman for Black Adam?