Previews for Pokémon Scarlet & Violet state that trainer battles are not forced, much to YouTuber Lewtwo’s concern and disgust. 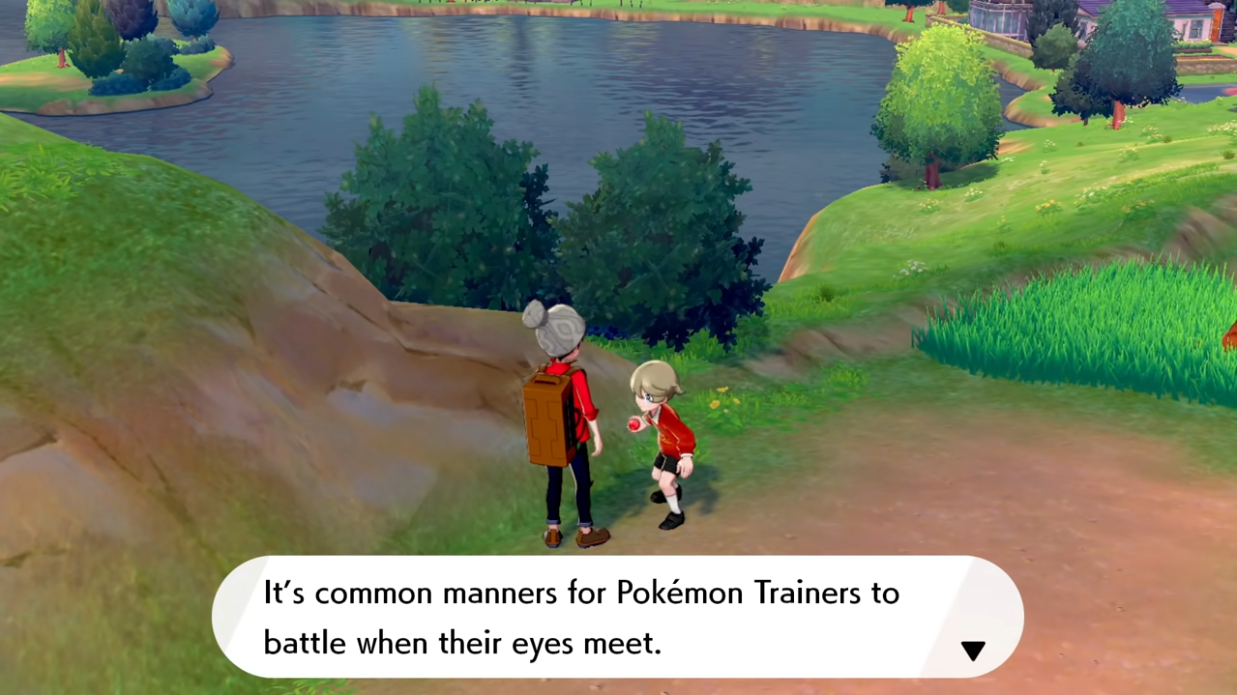 For those unfamiliar with past games, Pokémon typically sees players battling against NPC trainers; when a player walks into their line of sight, the trainer will initiate a battle. Players could therefore sneak around certain trainers to avoid them.

Previews for Pokémon Scarlet & Violet have revealed this may not be the case, however. As detailed in the preview shared by fan website Serebii, “Trainers also fill out the overworld of Paldea too, but unlike past games, you have to talk to them in order to start the battle. No longer will they spot you and force the battle to happen, which means if you do so wish, you can just completely skip trainers.” 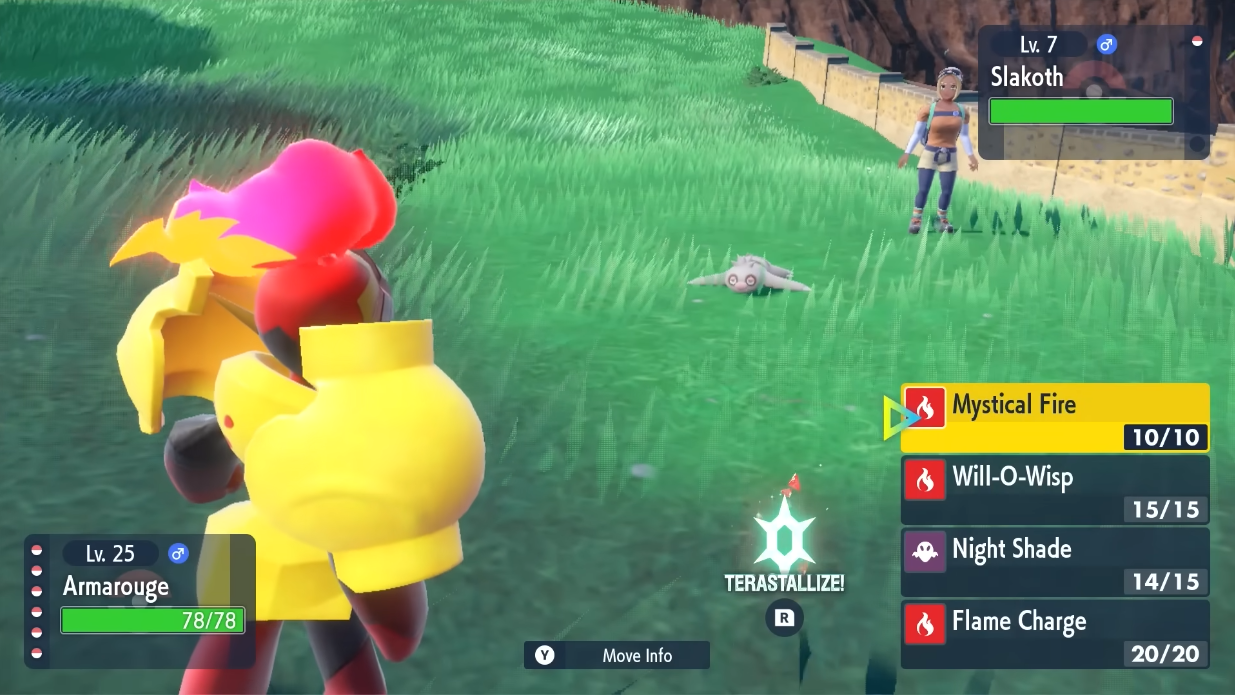 Instead, those trainers will reportedly have a speech bubble above their head “inviting you to battle as you approach.” This is consistent with previews from IGN, Gamespot, and Eurogamer. Some hedge their bets, wondering if some trainers will instigate battles, while others felt trainers could be easy to avoid in an open world game anyway.

Pokémon YouTuber Lewtwo despaired at the news of trainer battles reportedly being optional, taking to social media to elaborate on his thoughts. “OKAY lets talk about why forced trainer battles are good. Trainers are a level design tool. they help to highlight bits of the world in order to provide context as to how a pokemon region is often constructed.” 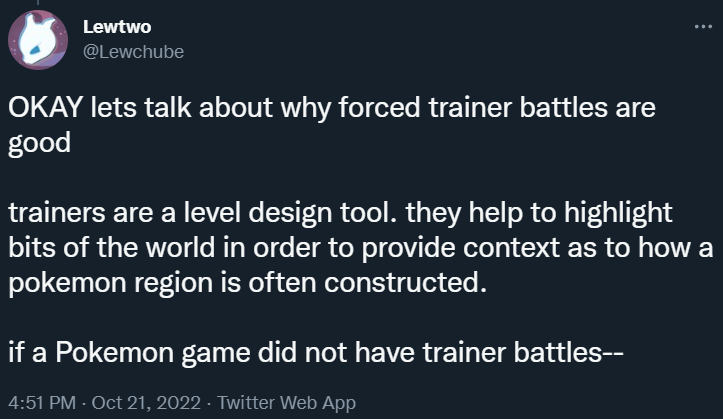 “If a Pokemon game did not have trainer battles as a mandatory part of the game, you would lack the finer detail as to how these worlds are designed,” Lewtwo proposed.

“Trainers that spin around, have different types of Pokemon based on their class, have different designs depending on their location all of these would be significantly downplayed. I understand that after 20+ years of gameplay that you might find it a bit boring, but they are such an integral teaching tool for a JRPG, especially for kids.” 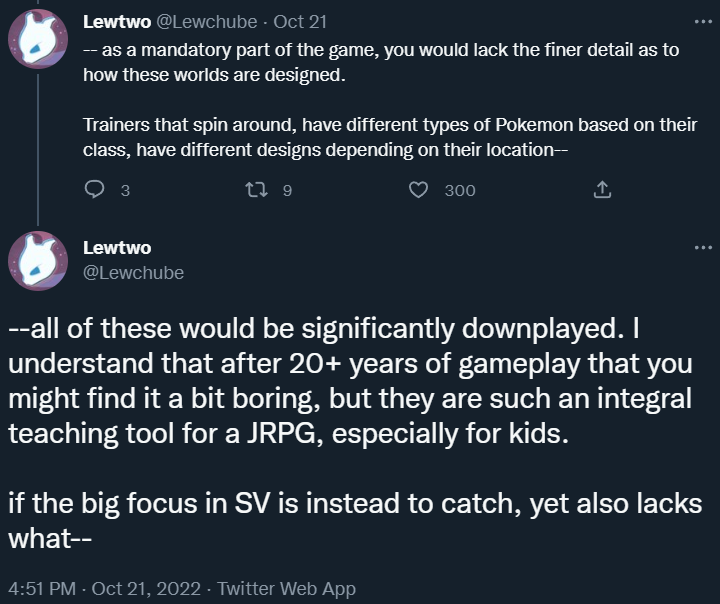 “If the big focus in SV is instead to catch, yet also lacks what made catching such a big focus in a game like Legends Arceus, (overworld catching, interesting movement, etc.) what gameplay is made up for the removal of 90% of the game’s battles?” Lewtwo inquired. 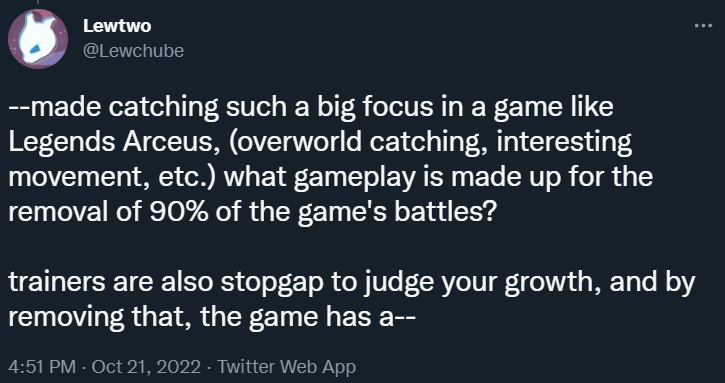 “Trainers are also stopgap to judge your growth,” Lewtwo explained, “and by removing that, the game has a strange sense of progression when compared to past entries, where about 20 trainers are the only ones that can help tether your progression to the world design.”

He elaborated, “Hikers in past games are associated with a type of environment, team composition and general design that I’d have missed out on if they were completely optional. It makes trainer classes and designs feel less special when the game doesn’t force you to engage with them.” 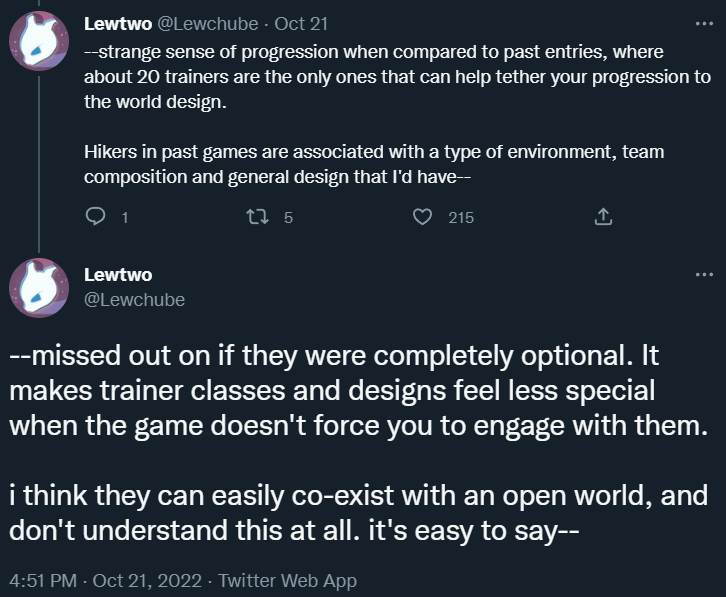 “I think they can easily co-exist with an open world, and don’t understand this at all. it’s easy to say that adding more options to a game = good without considering that the mandatory gameplay isn’t being replaced with something JUST as meaningful,” Lewtwo espoused. “Especially given how restricted this game feels on the catching front when compared to PLA. it’s just weird to me.” 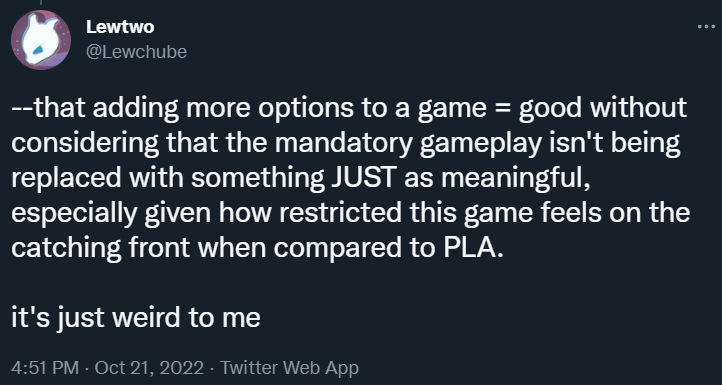 “Oh i forgot to mention music,” Lewtwo continued. “So many kids especially might just miss out on getting an awesome tune that’ll stuck in their heads for years because they aren’t forced to engage with it, and i think thats a shame.”

Lewtwo refers to the encounter or “Eyes Meet!” music — a short loop of a few seconds typically matching the trainer type — that plays while a trainer speaks to you before the battle begins. This is usually not done for Gym Leaders, the Elite Four, or the Champion — with Cynthia from Diamond & Pearl being a notable exception.

“Also i can assure you tons of pokemon arent just out in the field and some will be behind trainer battles,” Lewtwo dismissed. “In past pokemon games, a lot of the ‘i want this on my team’ moments came from seeing it on a Trainer’s team, and not because of the happenstance of wild RNG.” 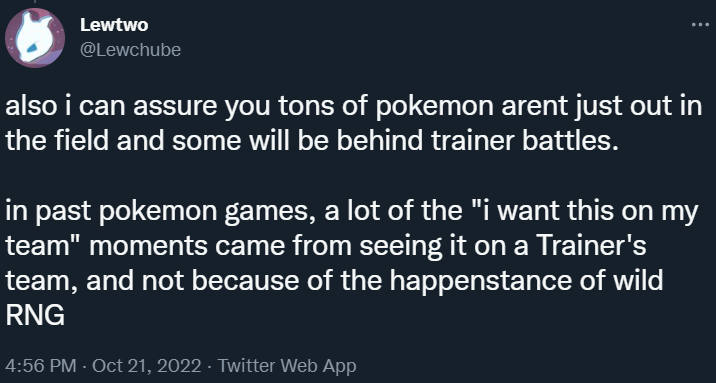 “There’s much to be said about the impact this could have on healing items, or level design to teach the player about strategic/otherwise patient ways to avoid trainers, etc. i cant see what is substituting that very meaningful design that couldn’t co-exist with trainer battles,” Lewtwo concluded with dripping sarcasm. 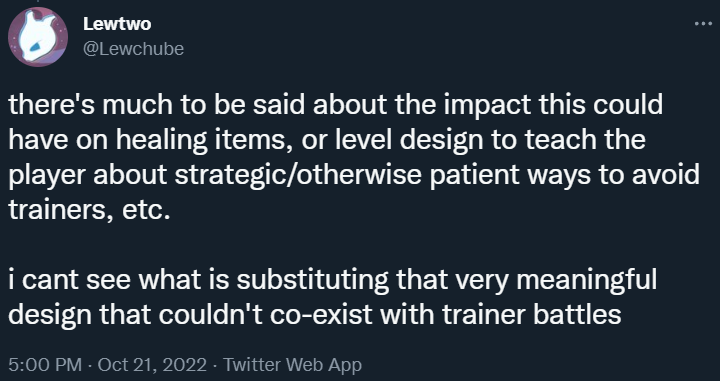