In the opinion of one Wall Street analyst, Hasbro’s current business strategy of shaking down Magic: The Gathering players with a continual stream of new releases is slowly but surely “killing” the company’s “golden goose”. 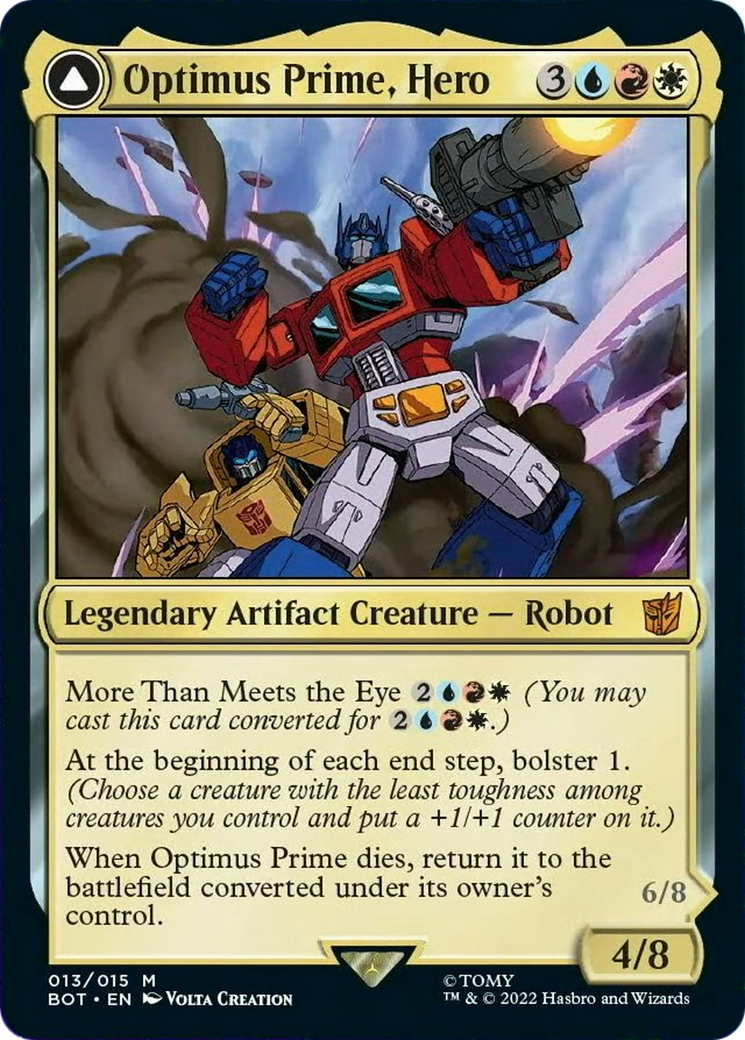 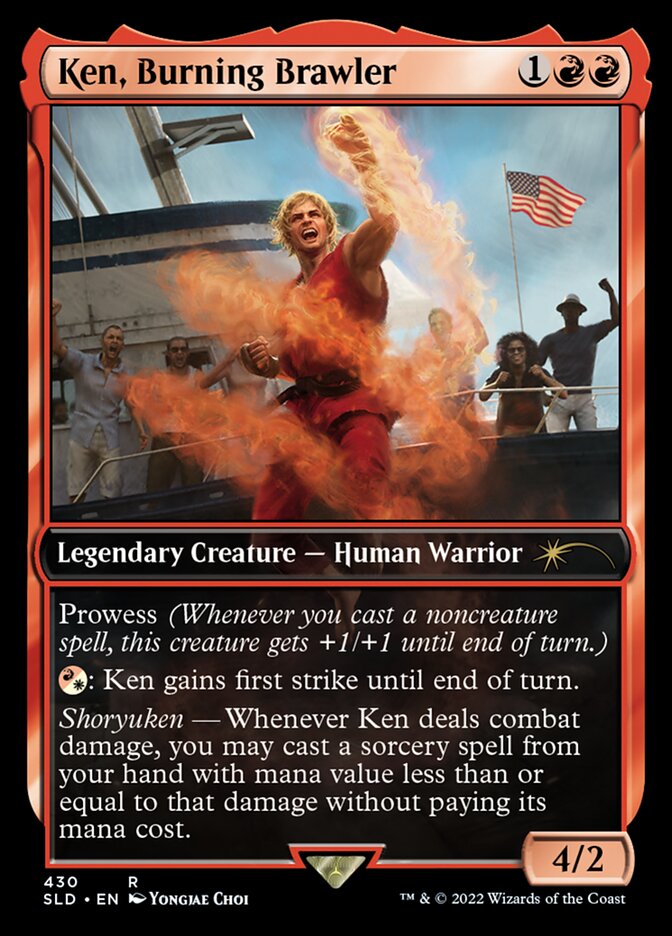 Drastically downgrading his target price for Hasbro’s (HAS) stock from $73 per share to $42, Haas explained that “the primary concern is that Hasbro has been overproducing Magic cards which has propped up Hasbro’s recent results but is destroying the long-term value of the brand.”

Recalling his research, Haas noted that of the game’s eight most recent sets, seven of them have already decreased in values. 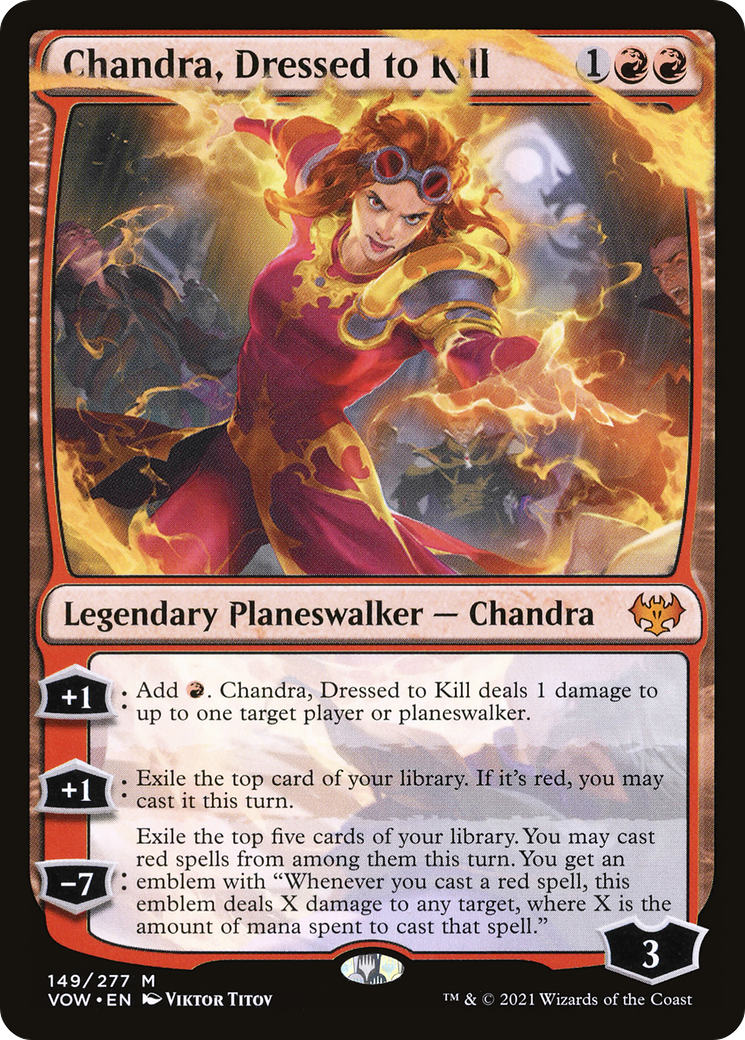 Though he did not specify which sets had fallen victim to player disinterest,  cursory research done via online marketplace TCG Player suggests that the releases considered ‘devalued’ by Haas include Modern Horizons 2, Adventures in the Forgotten Realms, Innistrad: Midnight Hunt, Iniistrad: Crimson Vow, Streets of New Capenna, Double Master 2022, and Dominaria: United.

The lone exception to this price slashing was the Kamigawa: Neon Dynasty set. 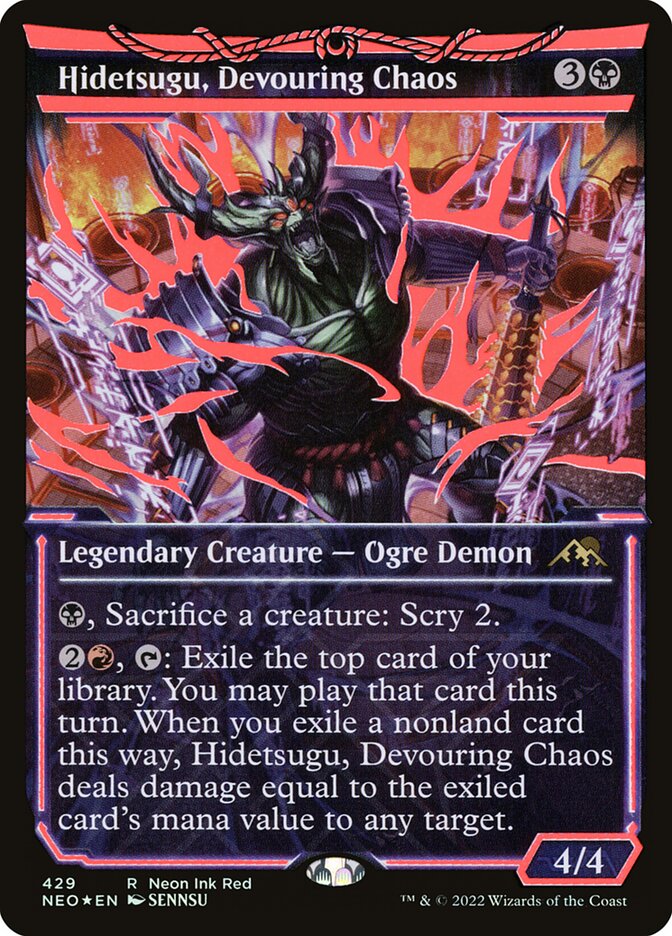 Interestingly, Haas hinted that this disinterest in the game’s new releases was being fueled by “unwelcomed changes from the company.”

Though he did not specify which specific ‘changes’ were causing rifts between Hasbro and players, given recent history, it is presumed that they at least in some part involve the company’s recent turn towards identity politics and insulting its players. 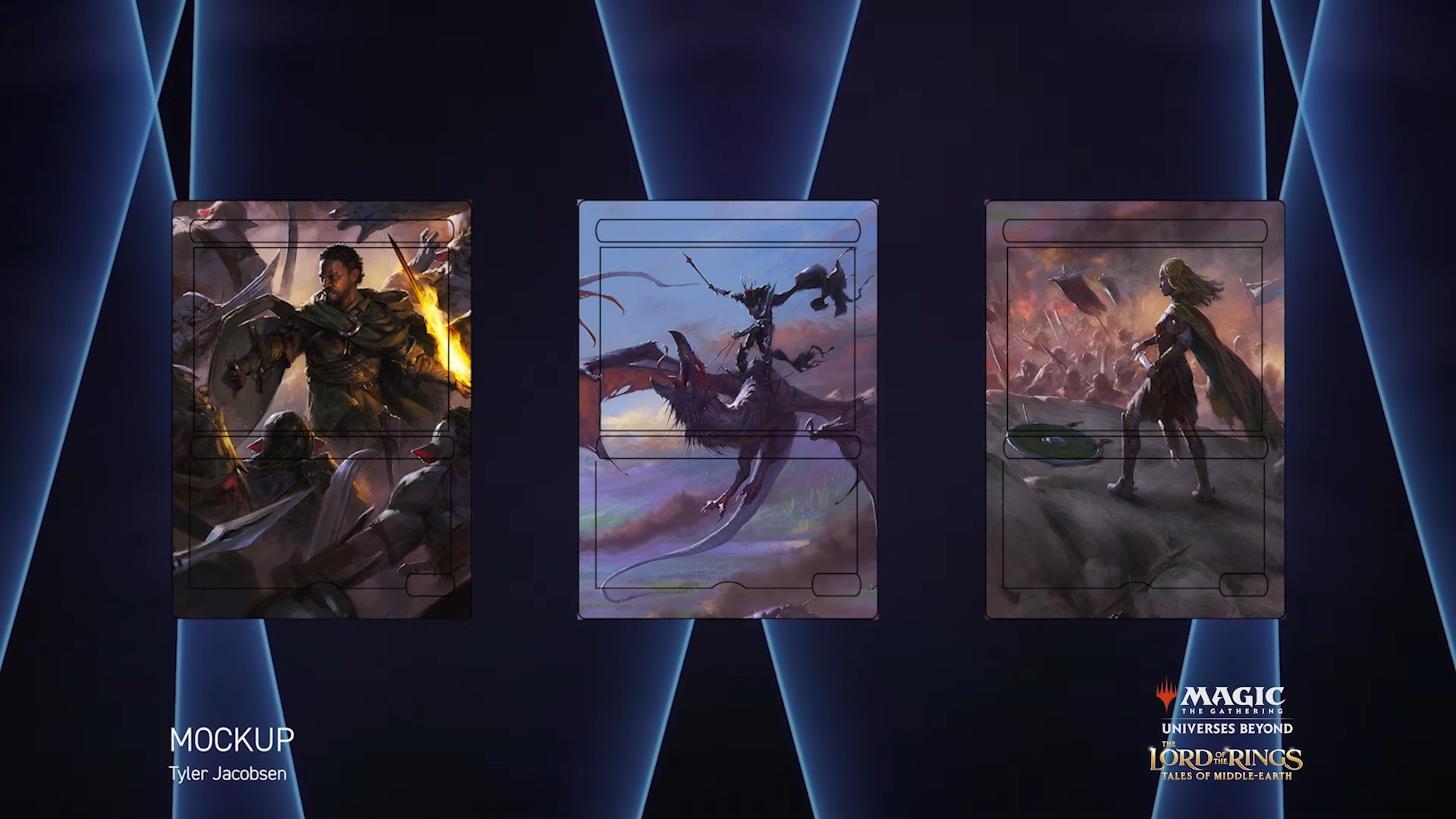 This overproduction issue is reportedly only set to cause more problems for Hasbro, as according to Haas, most national retailers have either dropped Magic: The Gathering completely or are offering deals in service of clearing out their existing inventory in the midst of a recession.

Offering up a specific example of his issues with Hasbro, Haas pointed to their recent Magic: The Gathering 30th Anniversary release. 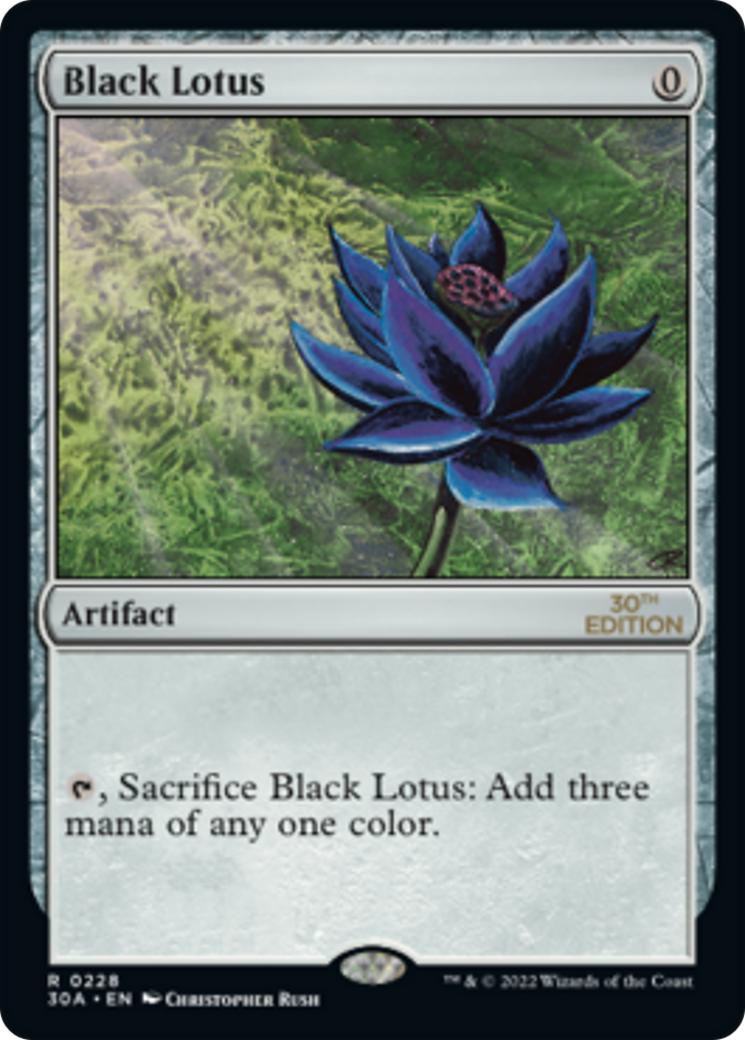 Available for a total of $999, the set offers players four packs of reprinted cards from the game’s first ‘Alpha’ set – with the exception of six cards (Contract from Below, Darkpact, Demonic Attorney, Earthbind, Weakness, and Crusade) that were deemed unacceptable to the “modern standards” of the game’s developer, Wizards of the Coast. 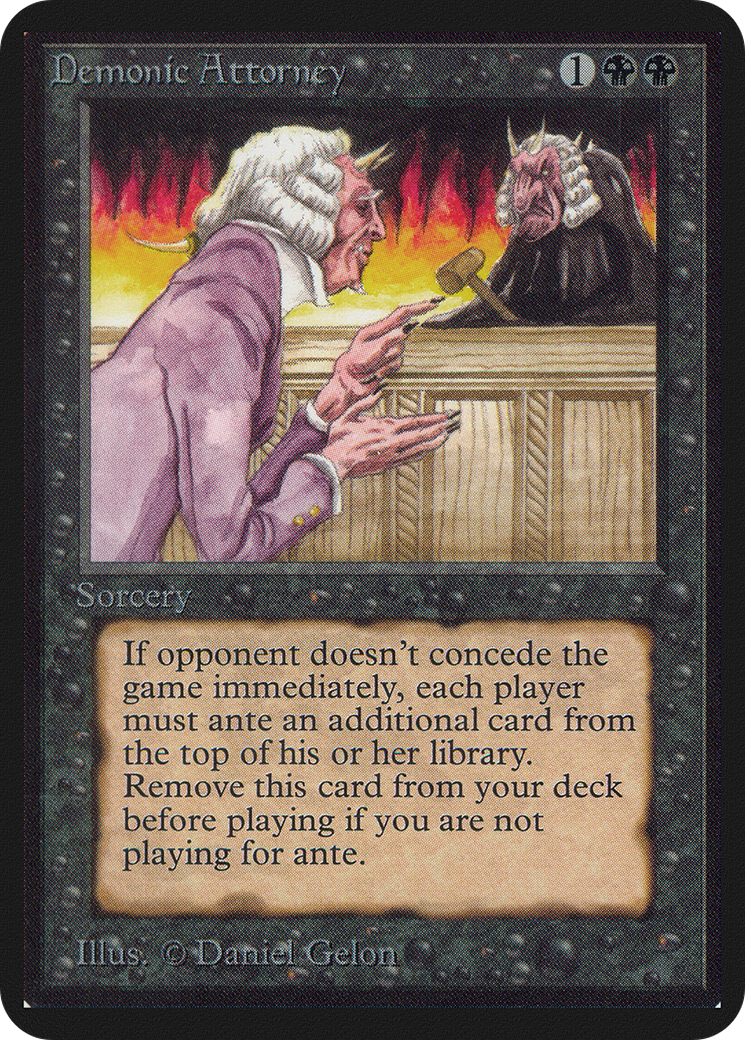 One of the cards from Magic: The Gathering’s first set, Demonic Attorney, which has been deemed unacceptable for reprint via Card #102, Limited Edition Alpha (1994), Wizards of the Coast. ARt by Daniel Gelon.

Yet, despite the price tag and fanfare given to this set, none of cards featured in the 30th Anniversary release are tournament legal.

“They have a different back and are not legal in any sanctioned Magic event,” explains Wizards of the Coast. “They’re meant to be collectible items commemorating 30 years of Magic. So few people had the experience of opening a Black Lotus or Mox Sapphire when Magic was originally released that we wanted to recapture some of that iconic experience for generations new and old.” 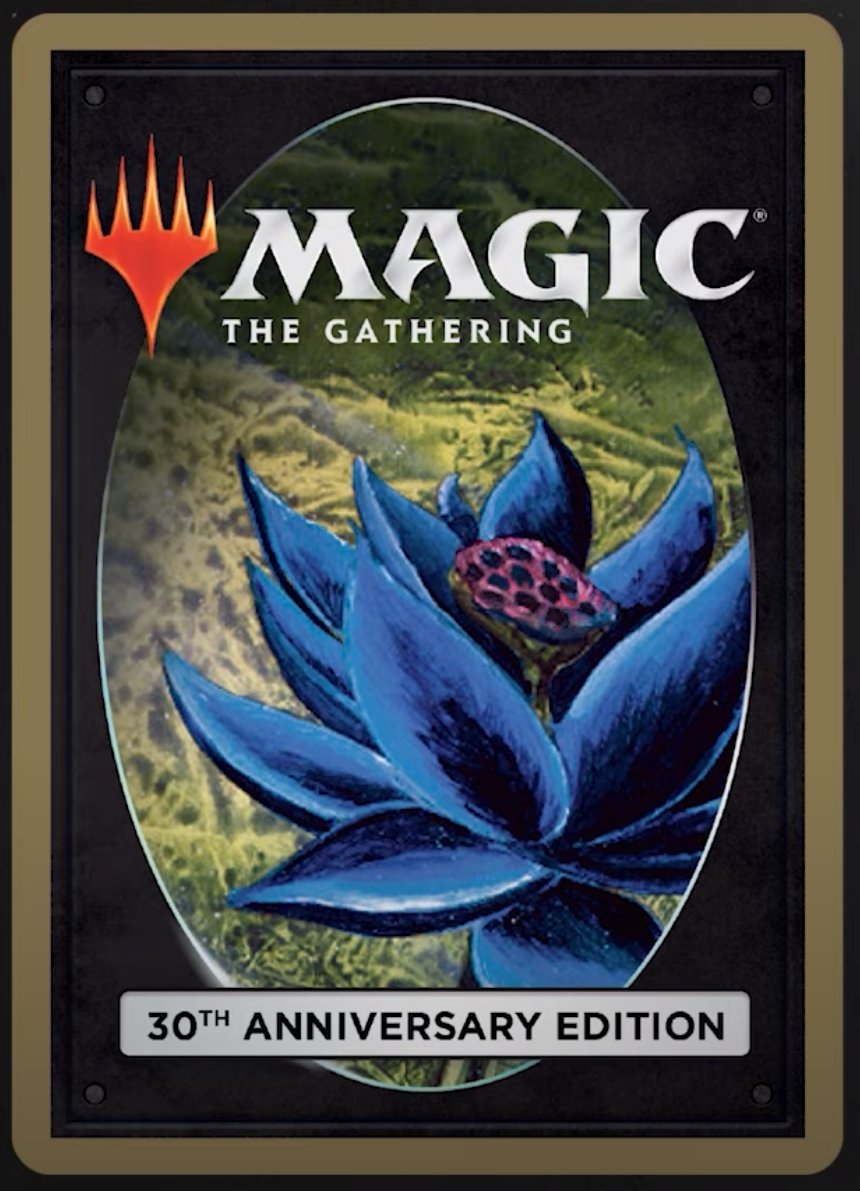 The special art featured on the back of the set via Magic: The Gathering 30th Anniversary (2022), Wizards of the Coast

“This set has devalued many high-value cards, and collectors are concerned that Wizards will reprint more,” cautioned Haas.

With this in mind, the analyst speculated that, should Wizards of the Coast continue down this road of destroying Magic: The Gathering‘s secondary market, players will likely begin jumping ship to other card games (might I personally recommend Dragon Ball Super or One Piece?) 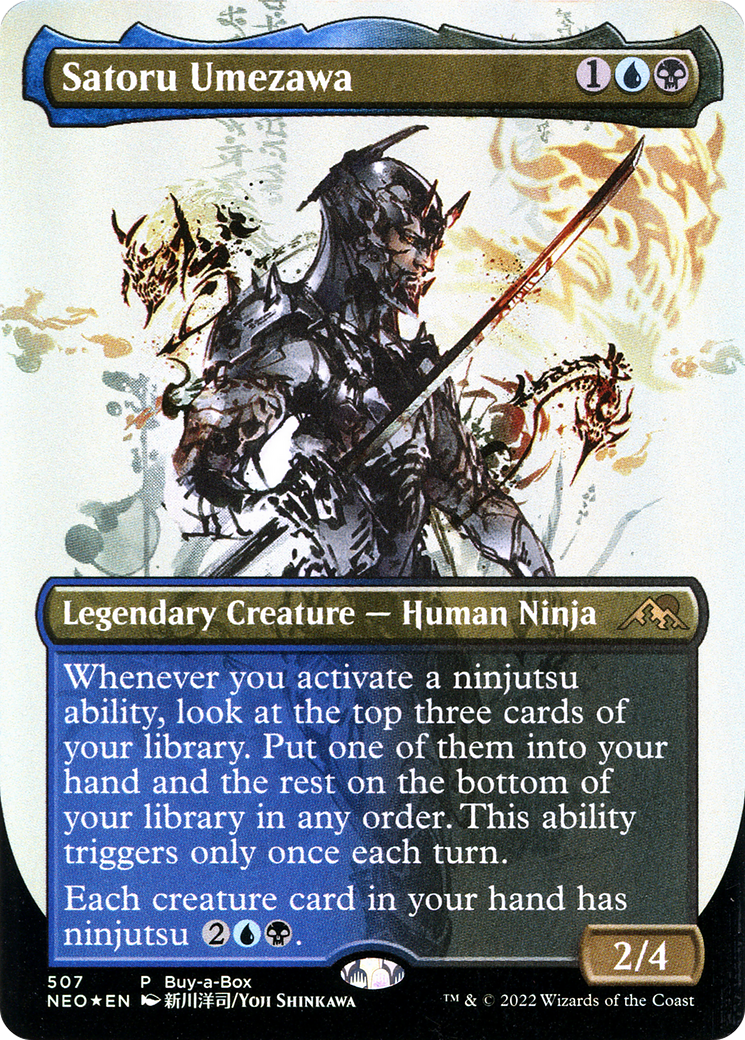 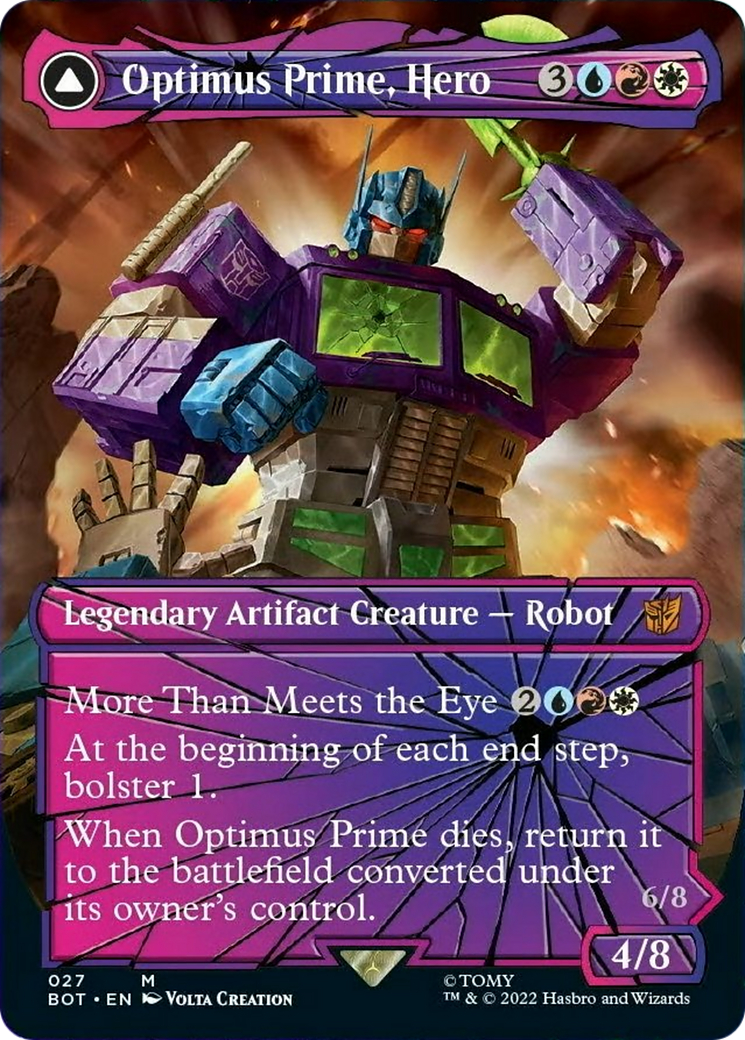 NEXT: Wizards Of The Coast Claims They Will Not Censor ‘Magic: The Gathering’ For Foreign Regions