A modern figure on the path to Sainthood in the Catholic Church now has his own comic book telling his life story. It’s from a publisher specializing in this sort of tale based on actual events, Voyage Comics, the independent imprint known for their single issues and miniseries about fantasy, history, obscure religious luminaries, and Catholic life. 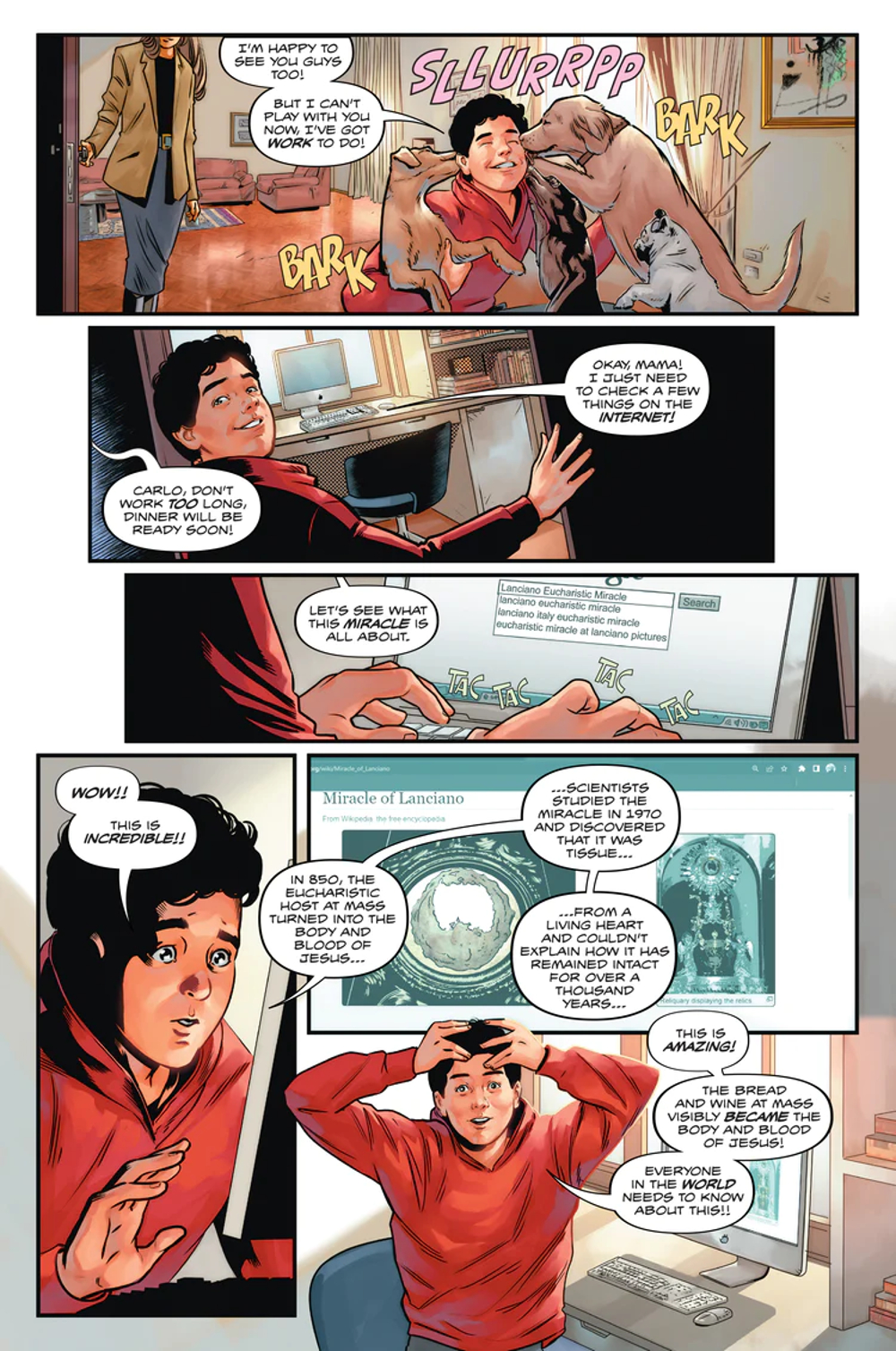 RELATED: Petition Cries Out For ‘The Testament Of Mary’ Play To Be Shut Down For Portrayal Of A Nude Unbelieving Virgin Mary

The comic is called Digital Disciple: Carlo Acutis and The Eucharist and pertains to the life of Blessed Carlo Acutis, an Italian teen who liked computers, games, web design, superheroes, and miracles of The Holy Eucharist. Devoted as he was, Carlo created a site to teach and show viewers Eucharistic miracles documented around the world.

“Meet Carlo, an Italian fifteen-year-old computer geek who loved superheroes and video games, but most of all, the Holy Eucharist,” reads Voyage’s description. “This action-packed comic book highlights the final years of Blessed Carlo Acutis’ life and how he became a digital disciple, creating a dynamic website and stunning display that taught others about the many remarkable Eucharistic miracles around the world.” 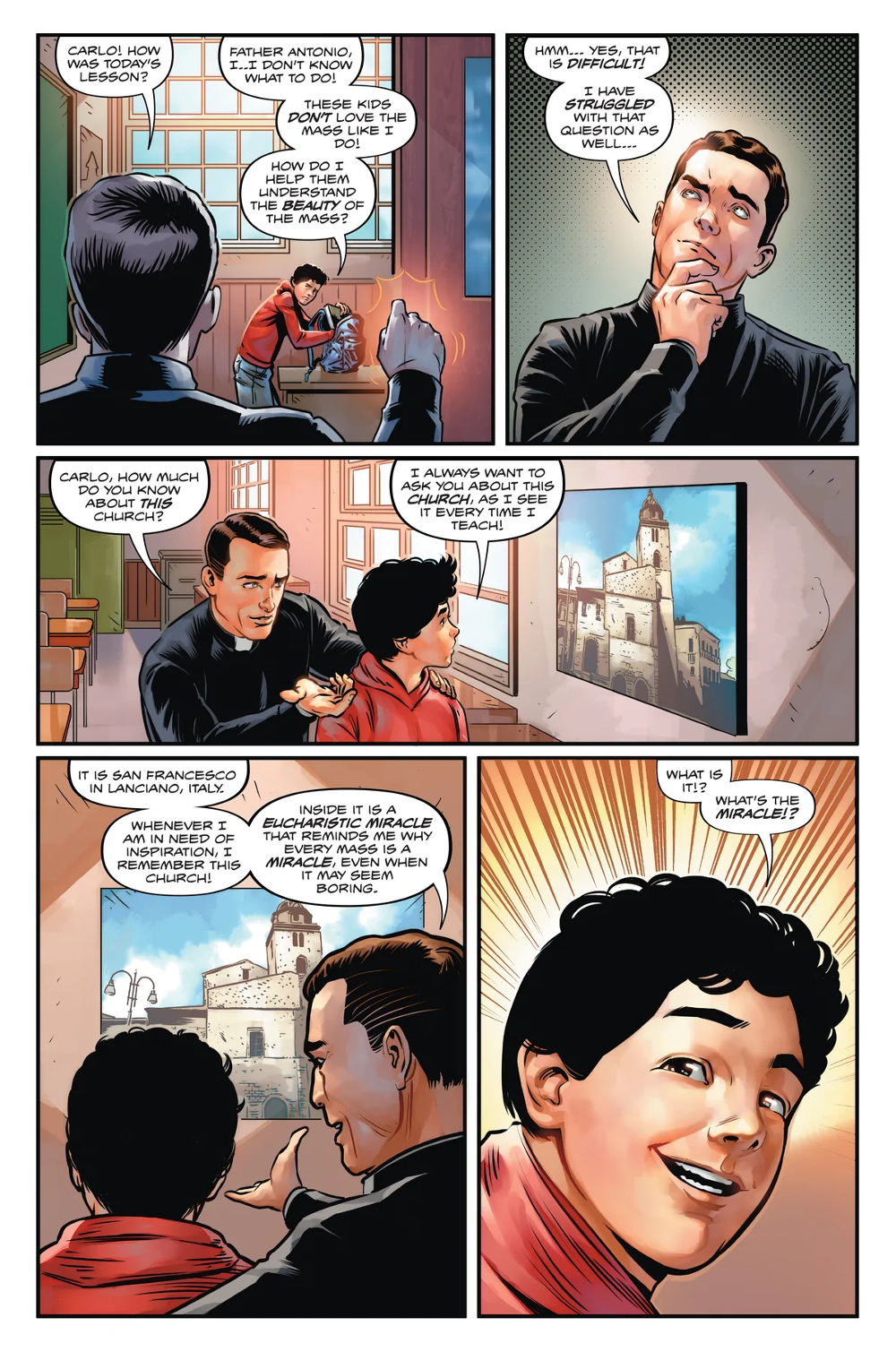 It continues, “Readers will be captivated by Carlo, a likable teenage boy who continues to inspire the world by his simple life and extraordinary example of holiness.” And readers can learn and be captivated singularly or in small groups as bulk orders of the 30-page read are available for classroom-sized settings and similar venues regardless of your preferred form of schooling or schedule.

Born in 1991 in London, Italian youth Carlo Acutis lived in Milan most of his life where he built his site and online presence. He was diagnosed with leukemia as a teen and offered up his suffering from the fatal illness to the Lord Jesus Christ, His Church, and the Pope at the time Benedict XVI. 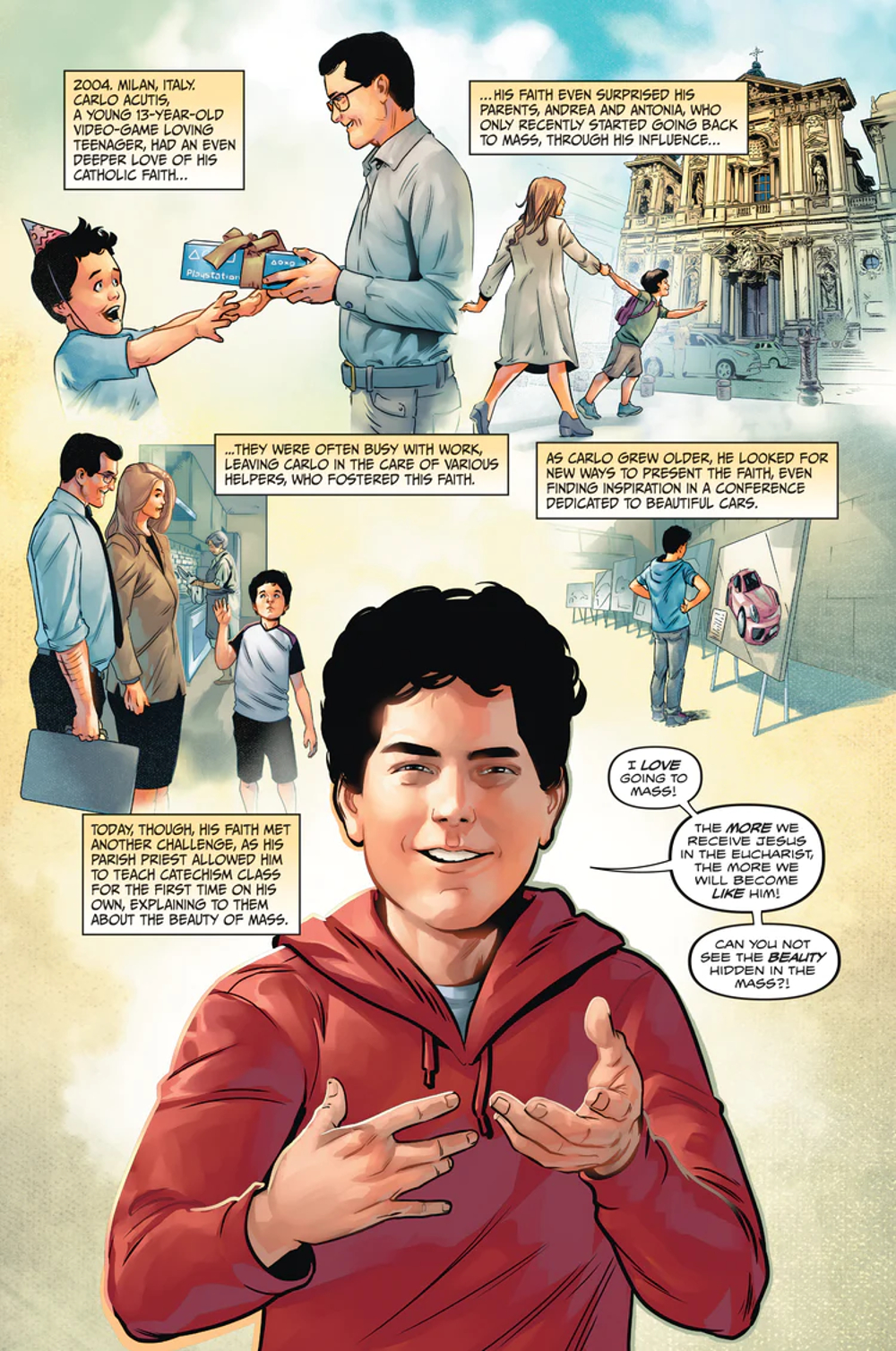 RELATED: Star Trek: Voyager Actor Tim Russ Claims Americans “Who Believe In Religion” Are Just As Fanatical As The Taliban

Acutis died at the age of 15 on October 12th, his feast day, in 2006 and was buried in Assisi, Italy, the home of St. Francis. His cause for canonization started in 2013, achieving the status of Venerable in 2018 and becoming a Blessed – one step from Sainthood – in 2020. Often called the “Cyber Apostle,” Bl. Acutis ardently prayed the rosary and attended Mass.

His life and times as retold in Digital Disciple are available in both print and digital PDF forms from Voyage which is selling the book directly through their web store at a price of $6.99. Bulk order discounts, as mentioned, are available for parishes, churches, and non-profit groups. Orders of $45 or more will get free shipping. 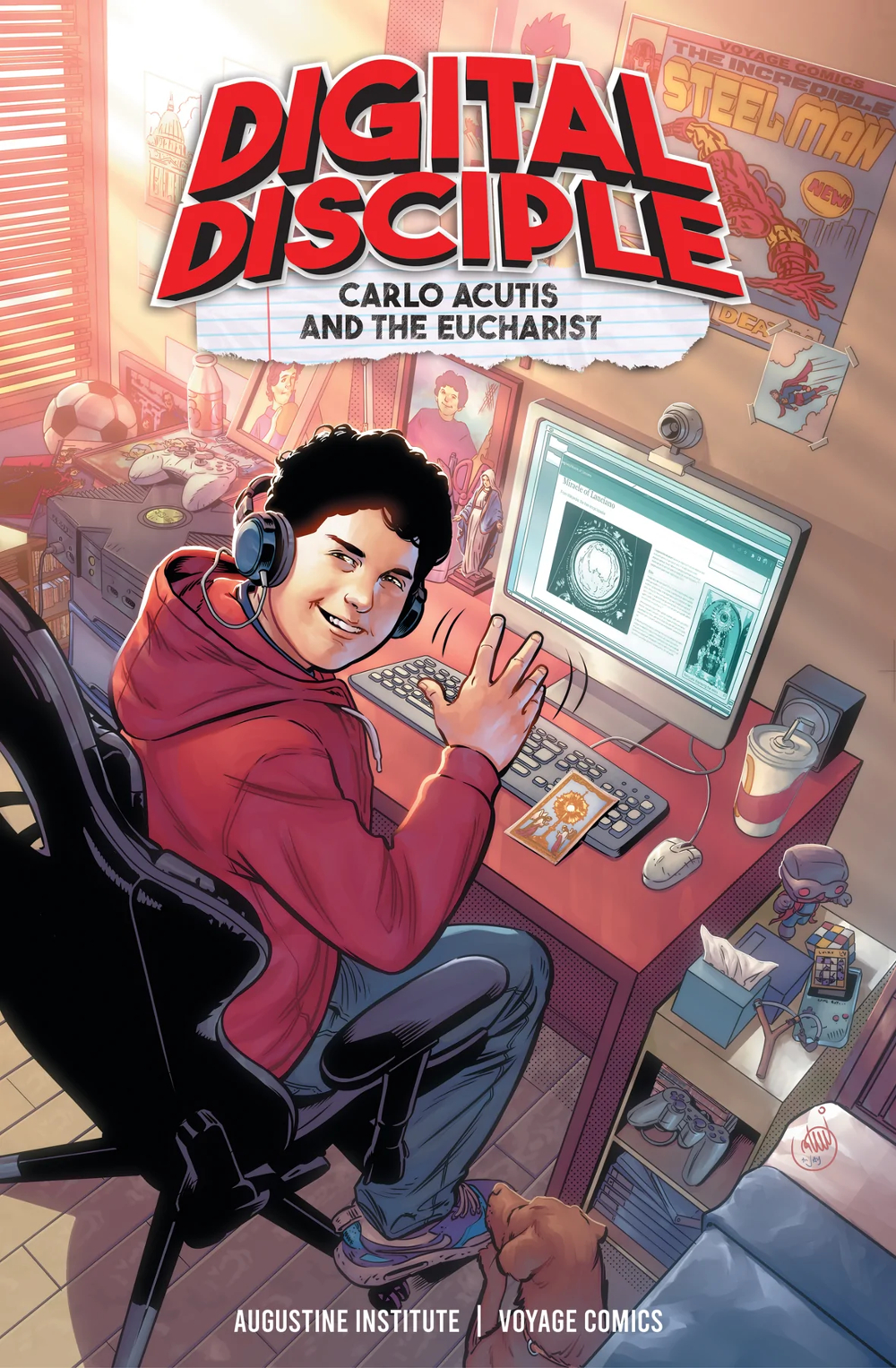 NEXT: Teenage Superman Fights Online “Hate and Anger” In YA Graphic Novel ‘The Harvests of Youth’ By Sina Grace