Way back in 2007, a 17-year-old nerd was sitting in a theater watching a film that, unbeknownst to him at the time, would set his new bar for comedy for years to come. 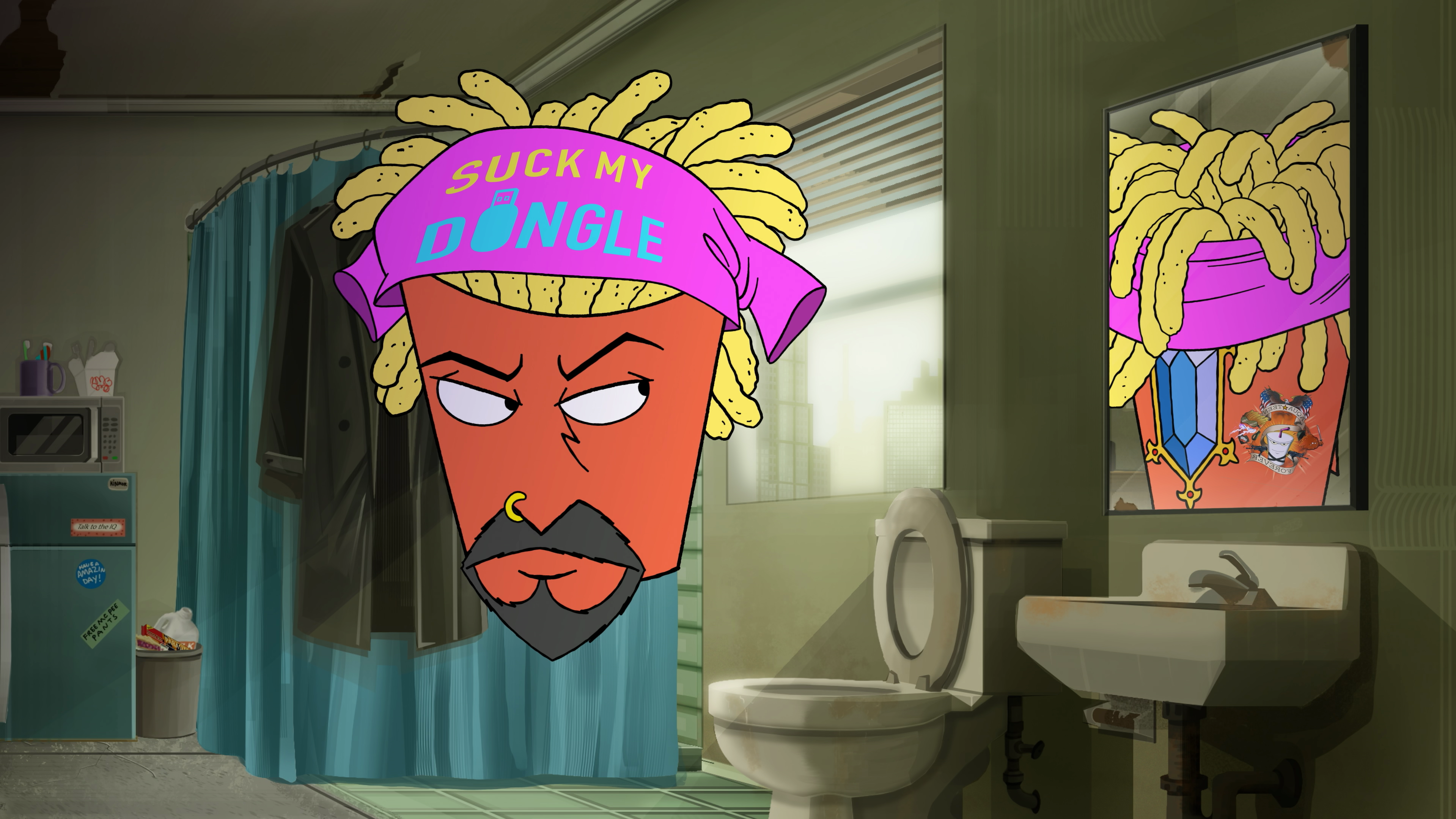 At the time, I was already a huge fan of the titular series, and thankfully its first film presented the best of the writing that sparked my love of the series in the first place (I still own the movie poster I bought from a long-closed Spencer Gift’s).

Needless to say, when I heard there a new Aqua Teen movie would be released seven years after the series’ finale, albeit as a straight-to-home-video-production, I was excited. 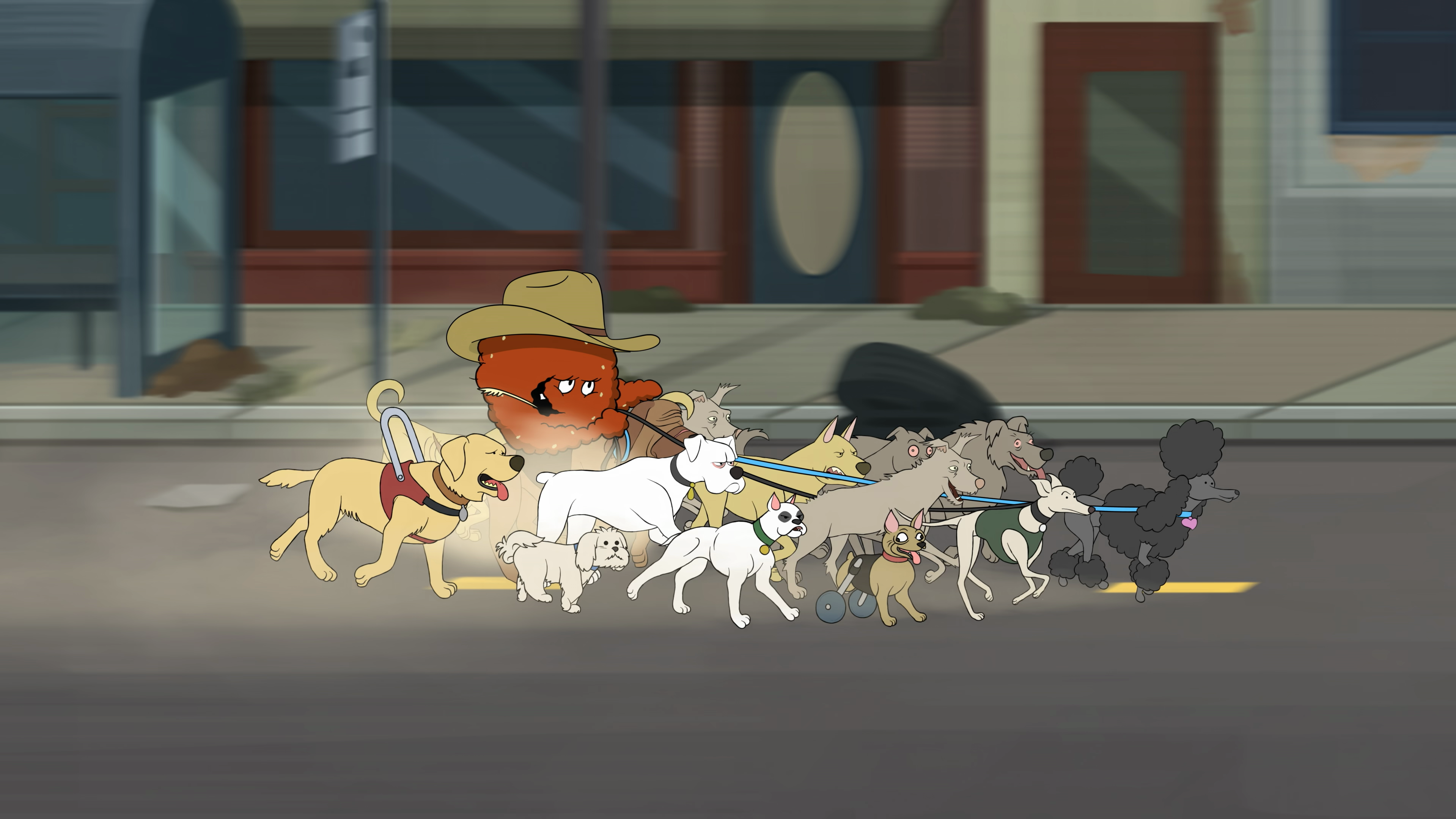 So much so that I pre-ordered Plantasm  – in 4k, of course – so that I could enjoy the Aqua Teens’ new outing as soon as it was available.

And at the end of its run time, as the credits rolled past and its final scene played, I felt a bit underwhelmed. 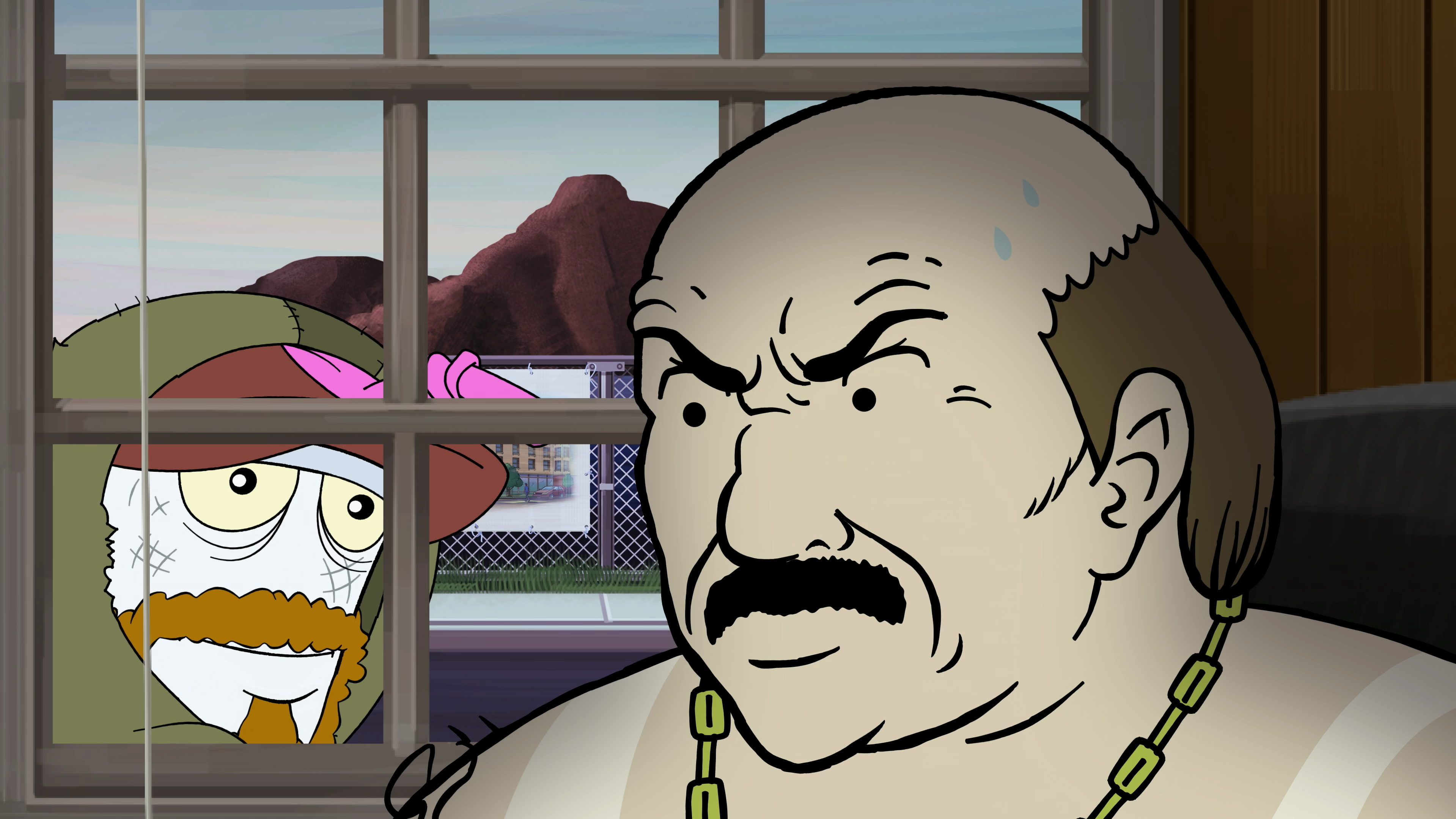 Let me clarify. Aqua Teen Forever: Plantasm is not a terrible movie. I didn’t regret watching it, and I’ll probably watch it many times over in the future.

But it is still a movie that leaves me wanting just a bit more out of it. 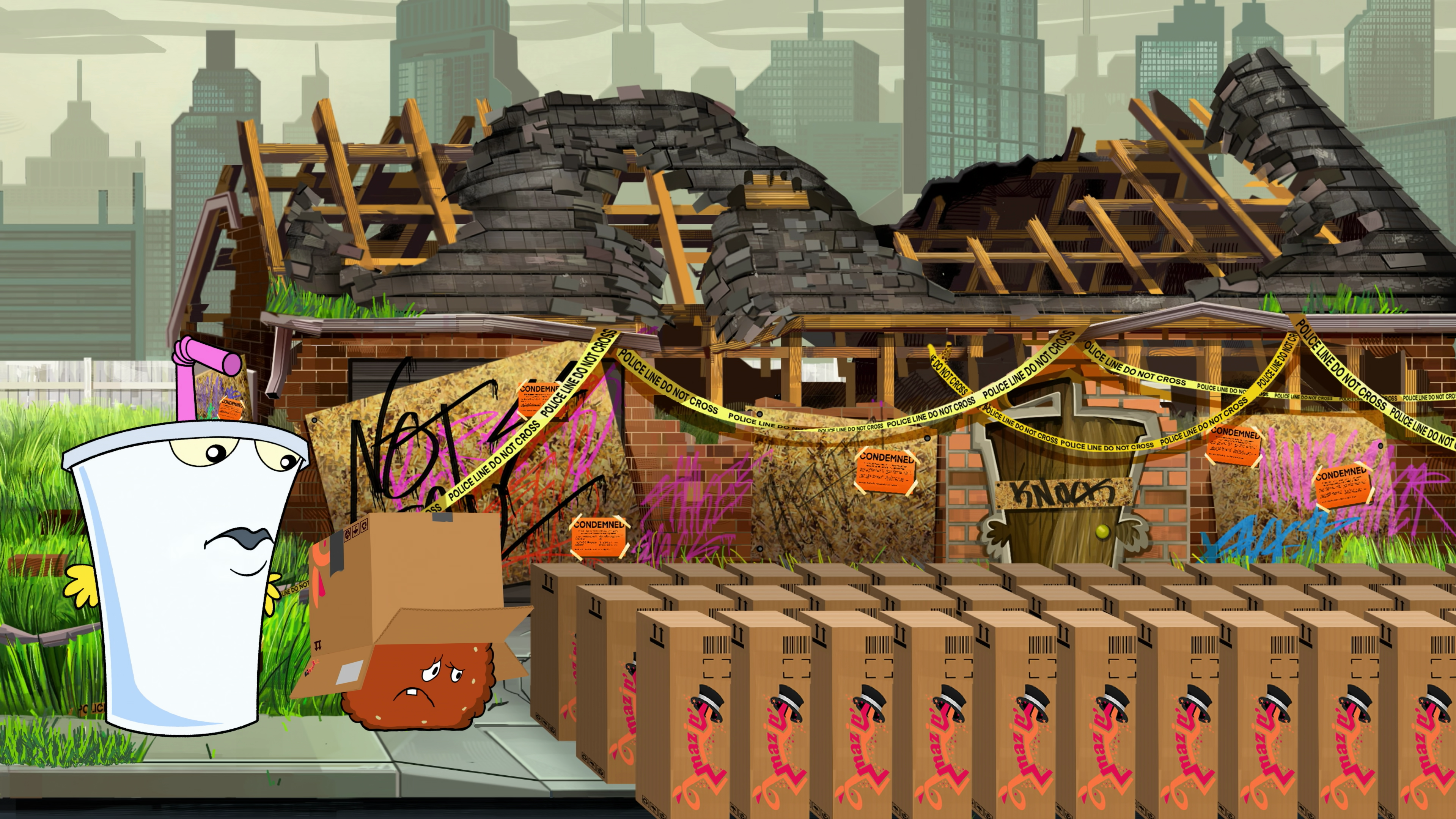 In a plot akin to one you would see in the show, Plantasm revolves around the team’s three members, Master Shake (Dana Snyder), Frylock (Carey Means), and Meatward (Dave Willis) deciding to part ways after getting into a massive argument.

However, when a new threat emerges in the form of a new fulfillment center for an Amazon stand in named ‘Amazin’, as well as an army of plant-based monsters, the Aqua Teen Hunger Force reunite one last time in order to fight back. 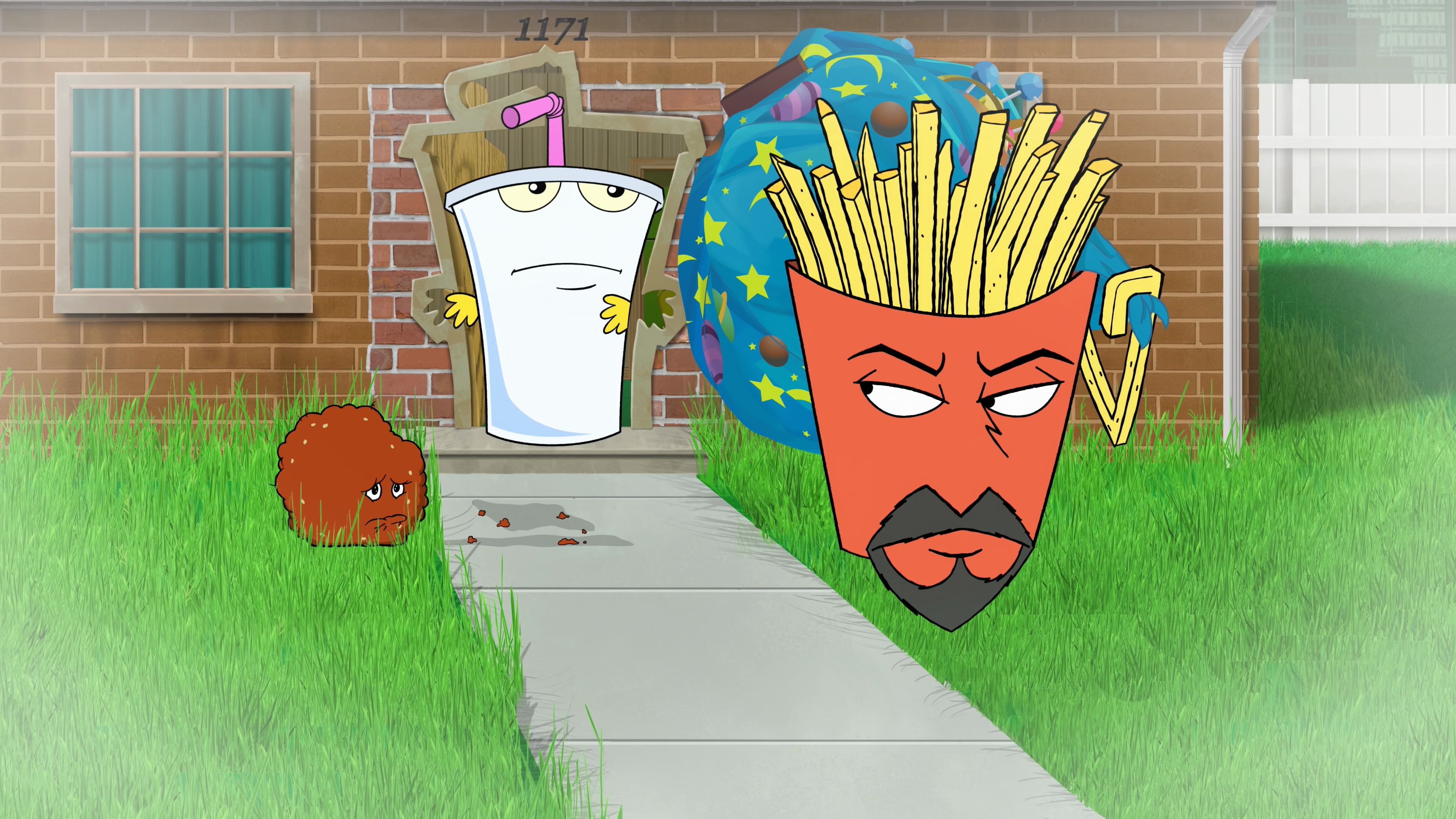 Problem is, this newest adventure is just not quite as good as its predecessor.

Sure, there are certainly some upgrades to enjoy, such as the film’s massive animation upgrade (which for a series famous for its limited movements feels a big weird at first, but does grow on you after a while), but none of it hides the main issue that Plantasm is just not as funny as Colon Movie Film for Theaters.

Upon my initial screening of that first film in 2007, I was laughing so hard at some parts that I could barely breathe. Even to this day, the movie’s humor keeps me so entertained that I’m honestly surprised I have not worn down the DVD after all my years of rewatching it.

Conversely, while I certainly did laugh out loud a few times with Plantasm and was generally entertained the entire way through, I just felt like it lacked the same sort of spark seen in either the original movie or the series. 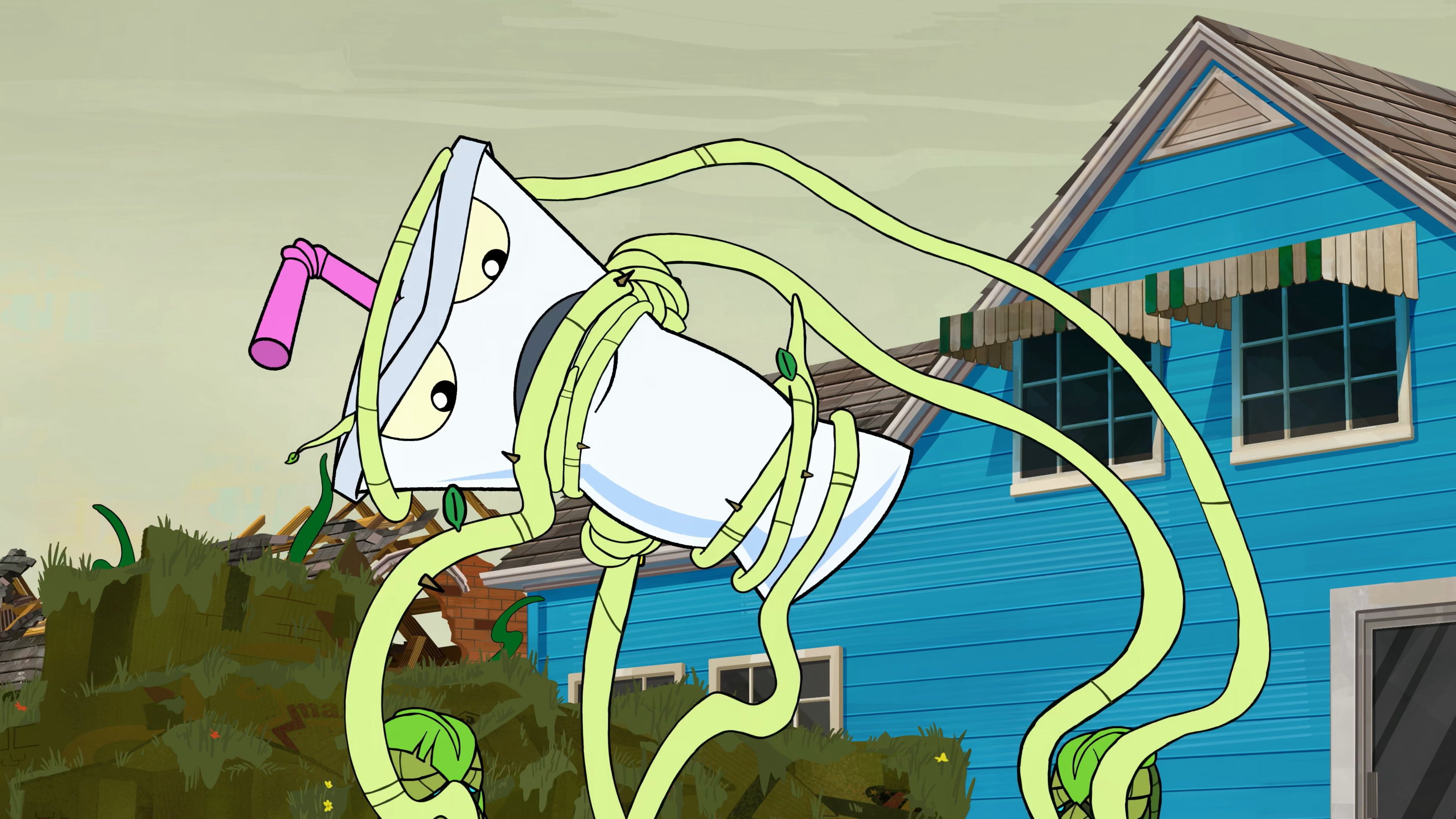 Master Shake (Dana Snyder) finds himself in the grasps of the Plantasm in Ignignokt (Dave Willis) and Err (Matt Maiellaro) literally steal the scene in Aqua Teen Forever: Plantasm (2022) Williams Street via Blu-ray

What’s the reason for this? I am not sure.

It could be the film’s more ridged adherence to its plot, or the constant, annoying interruptions from The Mooninites who come in occasionally to stop the movie dead, or the numerous moments of filler that more often than not will have you looking at your phone for more entertainment, but in the end there’s ultimately something ‘off’ about this movie. 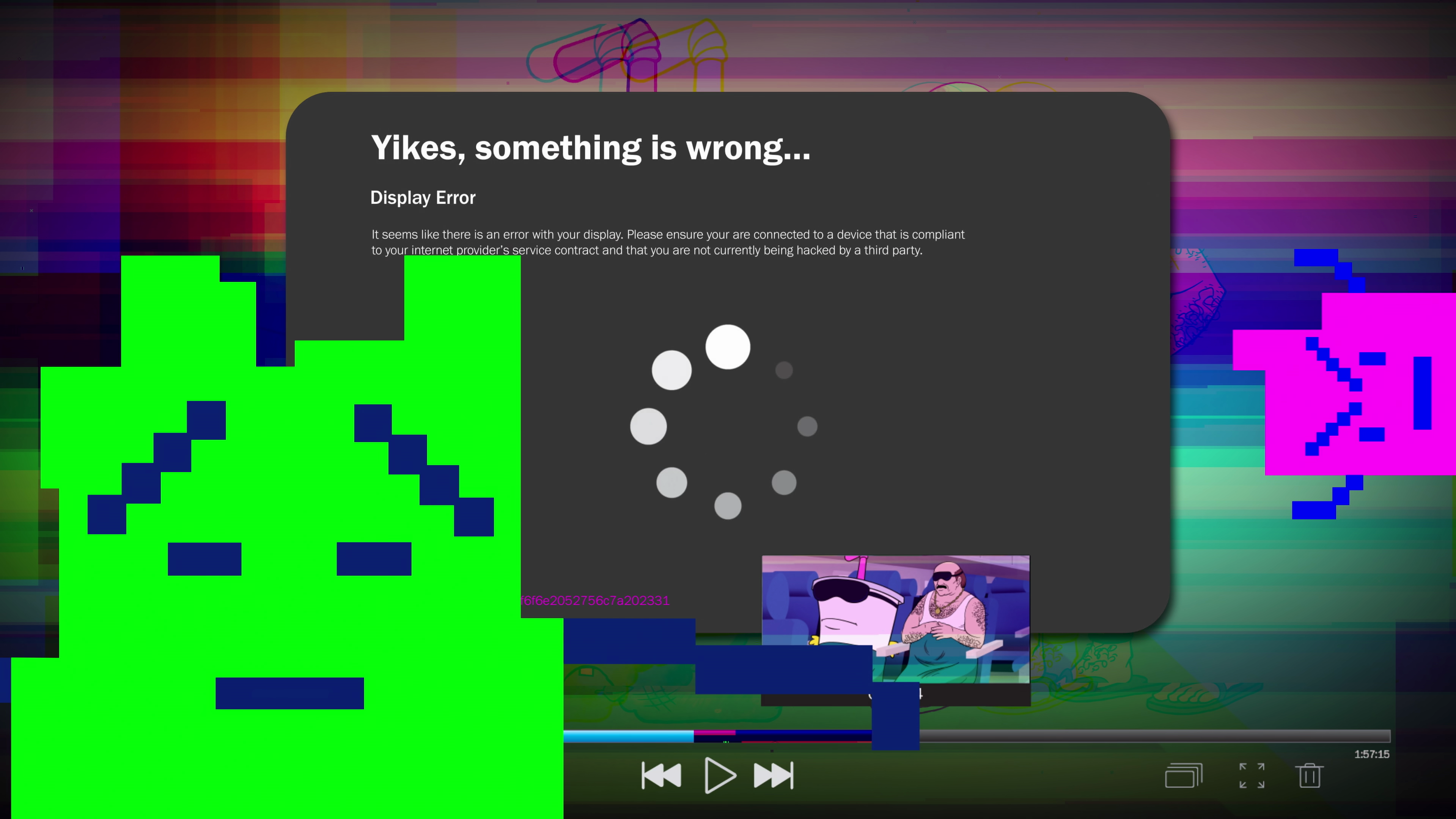 Now, this is not to say that I think anyone should skip this film.

It is still objectively enjoyable, and hardcore Aqua Teen fans will definitely get a kick out of seeing the team together once again. 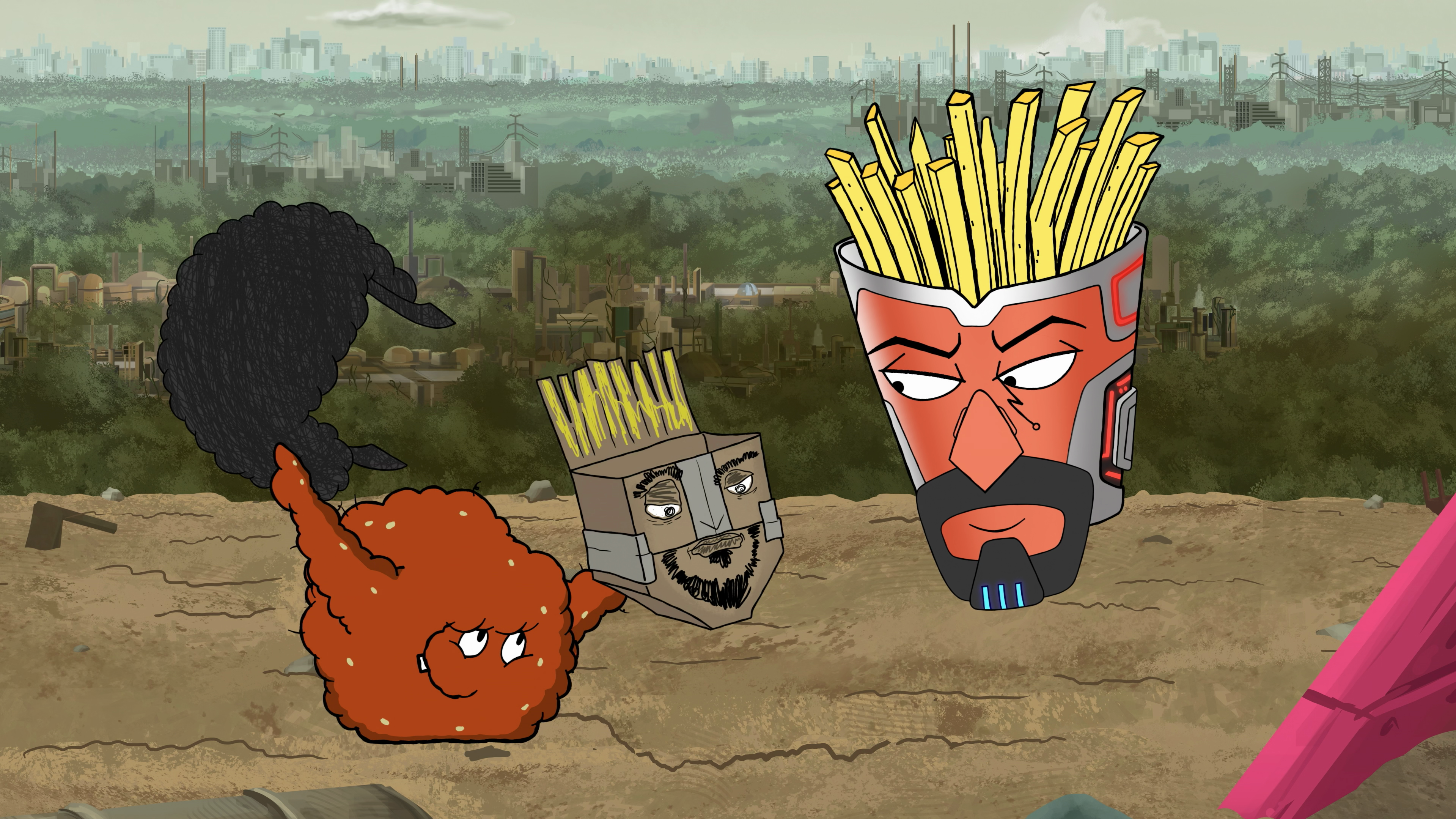 However, the film feels like it was written not because the creators had another Aqua Teen story to tell, but because Adult Swim and Warner Brothers came to them and asked them to come up with something by a deadline.

But at the end of the day, it is more Aqua Teen Hunger Force, and despite the team growing a little bit rusty after all these years, the trio we know and love are still there at the core of it. 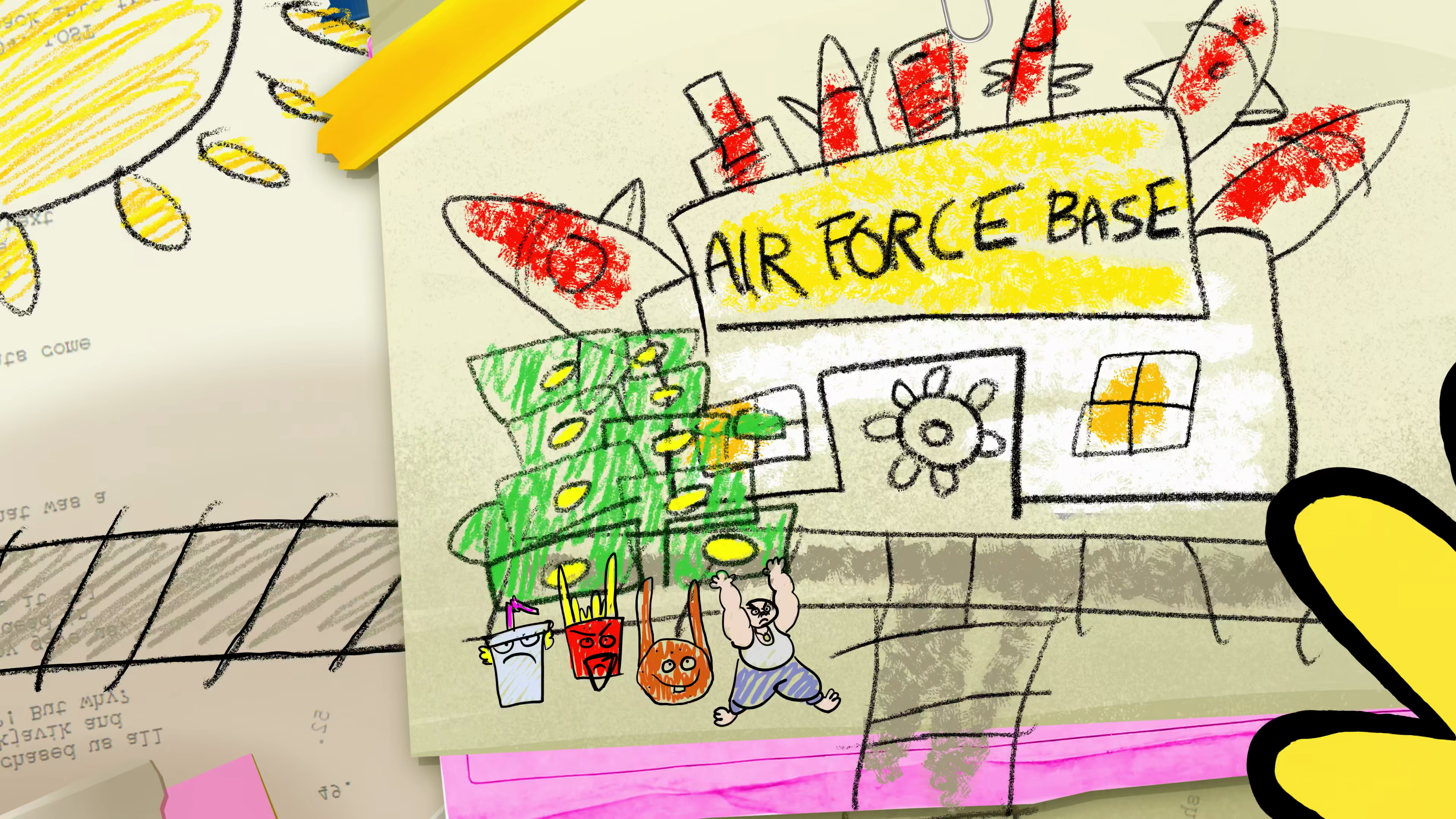