It’s been 50 henshin-filled years since Kamen Rider first debuted in Japan, and the franchise has been celebrating its anniversary with a bang.

Alongside the premiere of its latest annual installment Kamen Rider Geats, 2022 has seen what is arguably the world’s most popular tokusatsu franchise ring in its semicentennial birthday with a ton of new merch (all of which will be sure to leave collectors weeping), its first proper anime adaptation in Fuuto PI, and a new adult-0riented outing, Kamen Rider: Black Sun.

For the unitiatied, ‘tokusatsu’, a Japanese term which essentially translates to ‘special effects’, is a genre of TV and film that relies heavily on practical special effects.

Such productions incluide Godzilla and other similar kaiju movies, Ultraman, and Super Sentai – the last of which many will recognize as being the source material to its American counterpart, Power Rangers.

And, of course, Kamen Rider, which, with its flashy costumes, grotesque monsters, and iconic poses, arguably defined the genre in its modern form. 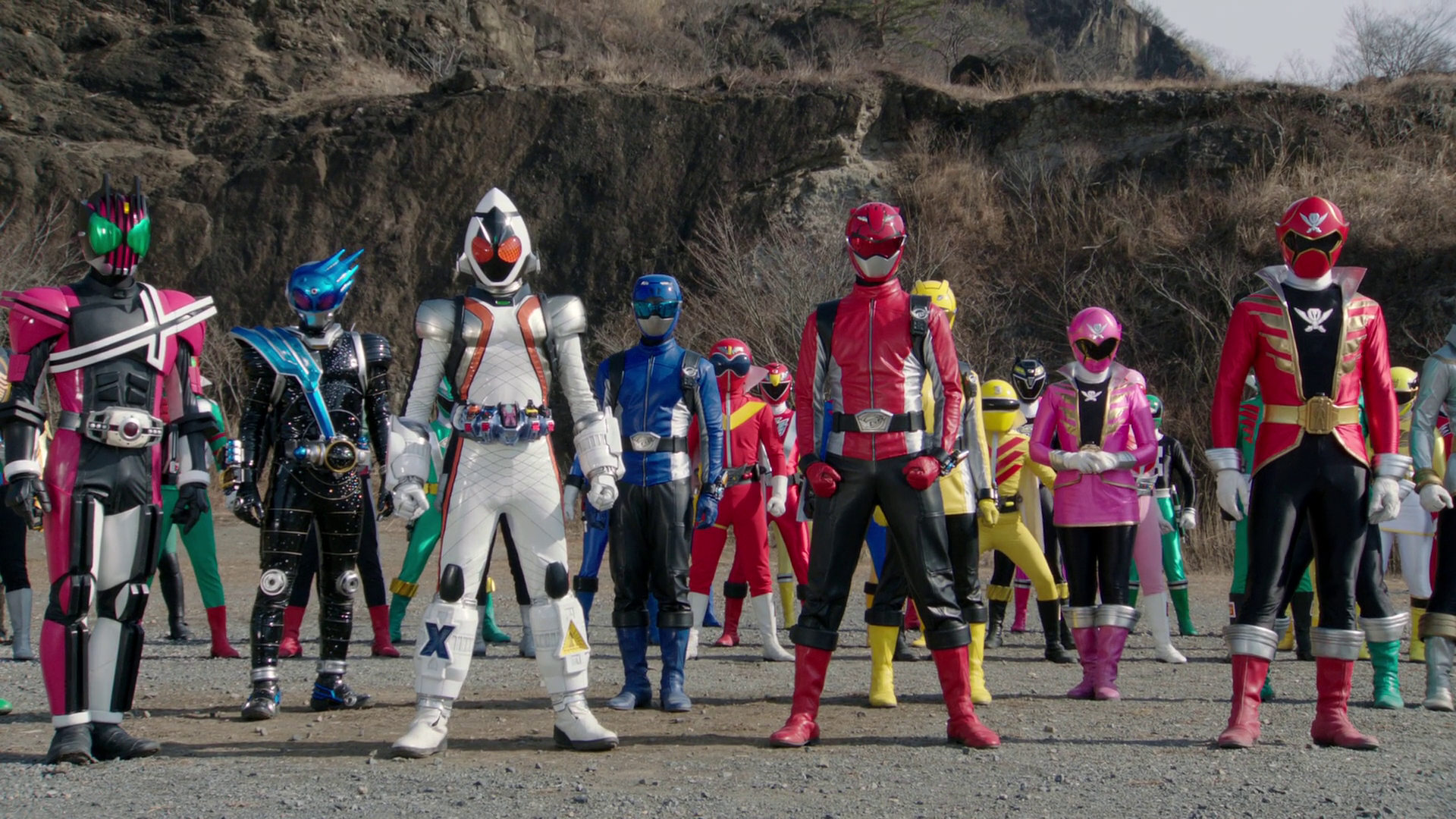 The second of Prime Video’s exclusive Kamen Rider series following the previous Kamen Rider Amazons (Amazon Riders in the West), Black Sun is a reimagining of what many fans consider to be one of the best franchise entries of all time, 1987’s Kamen Rider Black.

Don’t worry though. Black Sun has no connection to either that original series, and so anyone wanting to check it out will be fine jumping in completely blind (though if you do end up finding yourself interested in checking out Kamen Rider Black, the good folks at Discotek Media just announced plans to release it on Blu-ray sometime in 2023). 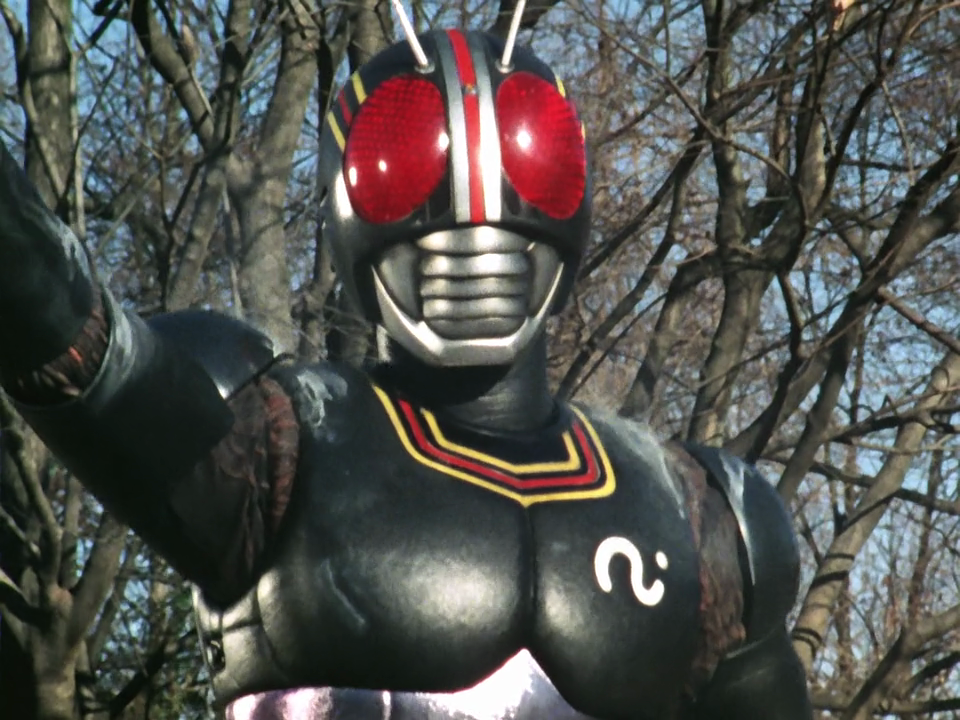 Set in an alternate present, Kamen Rider Black Sun presents a world where ordinary humans co-exist with the ‘Kaijin’, a class of humans that can transform into anthropomorphic versions of animals, bugs and even plants, replete with all the powers and abilities – such as flight, brute strength, or razor-sharp claws – of the

However, these transformations are far from superficial, as they also bestow a given Kaijin with the respective powers and abilities – such as flight, brute strength, or razor-sharp claws – of their other form.

Much like the Marvel mutants of X-Men fame, the Kaijins’ extraordinary differences have led them to be seen by many as dangerous monsters that need to be exterminated.

In Japan, this interspecies conflict has crested to the point where, despite being legally equal to humans, Kaijins must fight every day for their civil rights, freedoms, and acceptance.

Caught in the middle of this struggle are Kotaro Minami (Hidetoshi Nishijima) and Nobuhiko Akizuki (Tomoya Nakamura), two childhood friends who were experimented on at a young age and given special abilities beyond those of an average Kaijin.

(As an aside, Black Sun is but the latest marquee role for Nishijima, who has had a very fruitful career of late. Not only did appear in the siumilarly adult-oriented tokusatsu production Shin Ultraman as SSSP leader Kimio Tamura, but he was also the male lead in Ryusuke Hamaguchi’s Academy Award winning Drive My Car.)

Taking on the respective identities of Black Sun and Shadow Moon, the two grasshopper-based heroes – or rather anti-heroes – spend the next fifty years playing essential, albeit secret and at times forced, roles in the ongoing conflict.

Admittedly, a show like this is very hard to review, because for those who have never seen a tokusatsu show, Black Sun’s concept and subsequent excecution can come off as confusing

Its plots are cliché, the effects sometimes cheesy, and the costuming of its signature Kaijins is often less about realism and more about ‘larger than life’ visuals.

These elements can seem weird and wacky, and while that would be a fair appraisal given that the main line Kamen Rider source material is essentially a fully-acted toy commercial, there’s something about the entire genre that just speaks to some people.

Whether it’s the sincerity, the fantasy, or something else entirely, there’s a very real chance that many will get the appeal right away, or at the very least grow to appreciate it.

There will also be those who, despite Black Sun’s darker tone and more visceral aesthetic, will never be able to get over its more over-the-top and ridiculous elements to see this charm.

And that’s okay – there’s nothing wrong with ‘not getting it’. Kamen Rider is weird, and peoples’ love for it – especially older fans’ – can come across even moreso. If it works for you, it works. If it doesn’t, it doesn’t.

However, for those willing to have an open-mind about their pre-conceived notions of the genre and discover something new, or even those just taking a wait and see attitude, allow me to put your apprehension to rest by assuring you that Kamen Rider Black Sun delivers in all the ways it needs to.

For even passing fans of Kamen Rider, the series features all the elements you would expect from a quality franchise entry, including exciting action, fantastic creature, suit, effects, and set designs, and, of course, a high level of campiness that is always played 100% straight.

Meanwhile, casual audiences looking for more ‘mature’ fare are sure to find themselves gripped by Black Sun‘s darker and more serious plot line, which is filled to the brim with conspiracies, betrayals, civil rights discussions, and a good amount of on-screen carnage.

RELATED: ‘Hellraiser’ (2022) Review – Taste the Pleasure of a Decent Remake

Ultimately, as someone who is unapologetic in their love for Kamen Rider, I found that Black Sun had everything.

I don’t want to oversell it, because doing so would likely turn off any newcomers who come into the series expecting a poignant piece of high art, but if you have an open mind, a willingness to have a little fun, and a strong stomach, I think Black Sun is just the show for you.

And who knows – maybe it’ll spark the start of a whole new love affair between you, the genre of tokusatsu, and all it has to offer.