Here’s how you can evolve your Mankey into Primeape, and then the brand-new Annihilape, in Pokémon Scarlet & Violet. 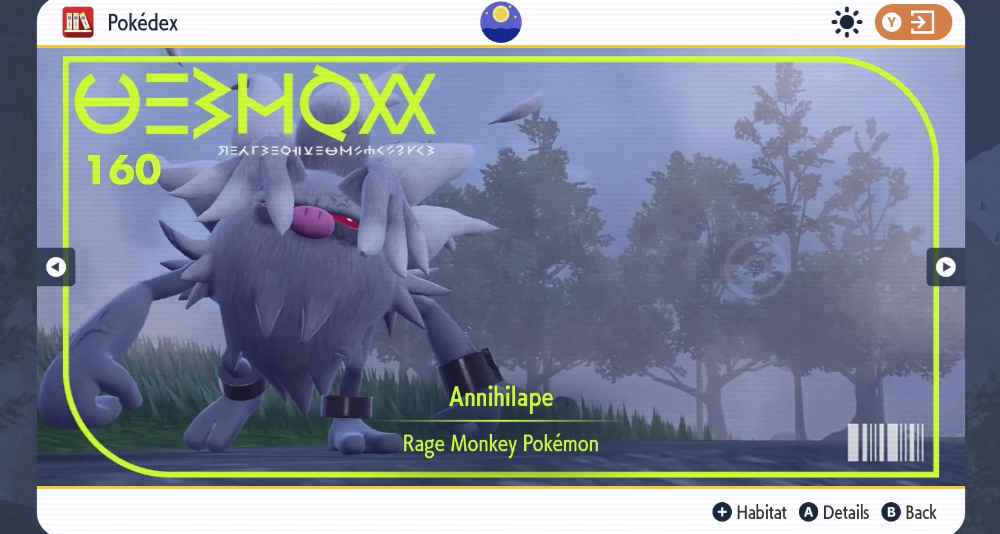 A Pokedex photo showing Annihilape in the mist via Pokémon Scarlet & Violet (2022), Nintendo

RELATED: How To Evolve Charcadet Into Armarouge And Ceruledge In ‘Pokémon Scarlet & Violet’

Everyone’s favorite short-tempered Pig Monkey Pokémon is back in Paldea, and this time with a new evolution. These new evolutions for old Pokémon typically involve new methods, possibly to explain why they’ve never evolved into them before. As such, we’re here to shed some light, so you don’t have to get mad.

First up, you can catch Mankey in South Province Area’s One and Five, West Province Area One, and sometimes in 2 Star Tera Raid Battles. If it’s in the trees, you can knock it down by throwing a Pokéball at it while locked on (starting the battle with the Pokémon you threw), or ramming into the tree by Koraidon or Miraidon dashing into it.

Those who want a shiny, be on the look out for green fur instead of white. 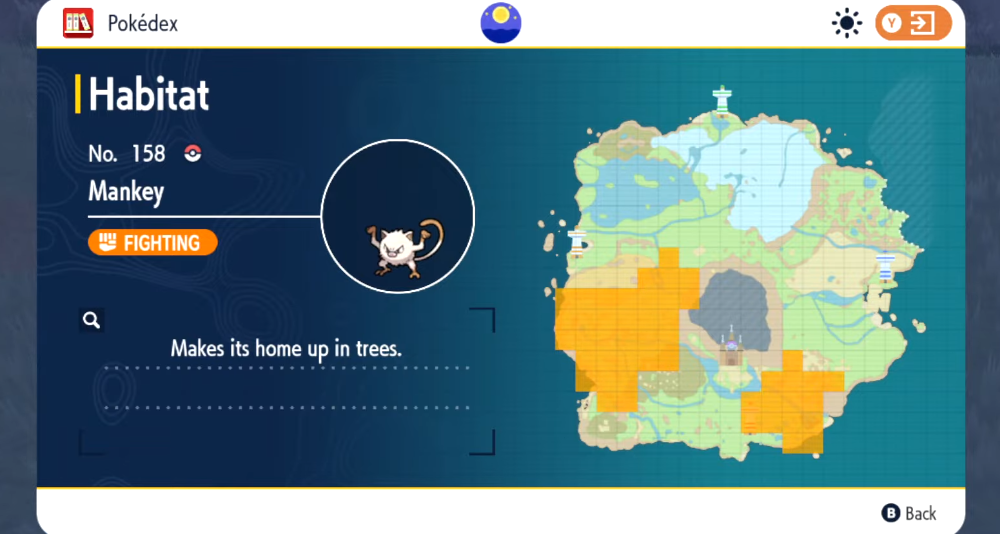 The Pokédex shows the habitat of Mankey via Pokémon Scarlet & Violet (2022), Nintendo

RELATED: How To Evolve Pawmi Into Pawmo And Pawmot In ‘Pokémon Scarlet & Violet’

Once you have one, raise it to level 28 to evolve it into Primeape. You can also catch the evolution directly in North Province Area One, West Province Area One, and 4 Star Tera Raid Battles (the Shiny will have cream colored fur and greenish-yellow limbs).

As with the pre-evolution, its defenses and HP are lacking, but its Attack stat will knock you for six. As such, you may need to not only avoid being knocked out, but knocking it out as well. Ghost-types should be immune to its Normal and Fighting Type moves, but it may have Assurance and one other move that can deal Super Effective damage. 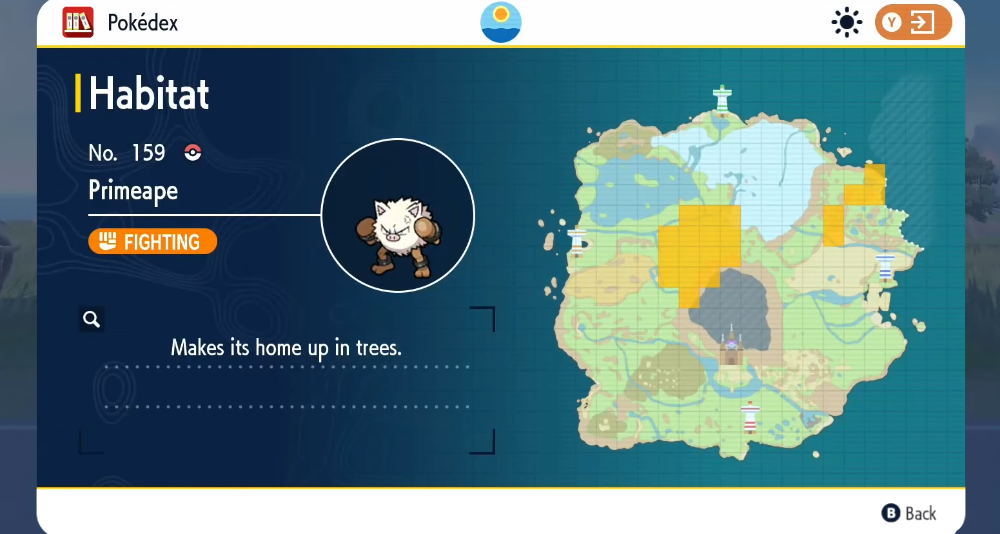 The Pokédex shows the habitat of Primeape via Pokémon Scarlet & Violet (2022), Nintendo

Primeape can evolve if it uses the Ghost-Type move Rage Fist 20 times, which it learns at level 35. As with Pokemon Legends: Arceus, there’s nothing to fear if you forget a move, as you can select which Moves your Pokémon brings into battle from its stats screen.

Rage Fist must be used 20 times, but this can be across multiple battles. The move gains an extra 50 BP for that battle each time the user is attacked (up to 300 BP after 5 hits!), and this continues even if the user switches out. Once you’ve used Rage Fist 20 times, level up Primeape. 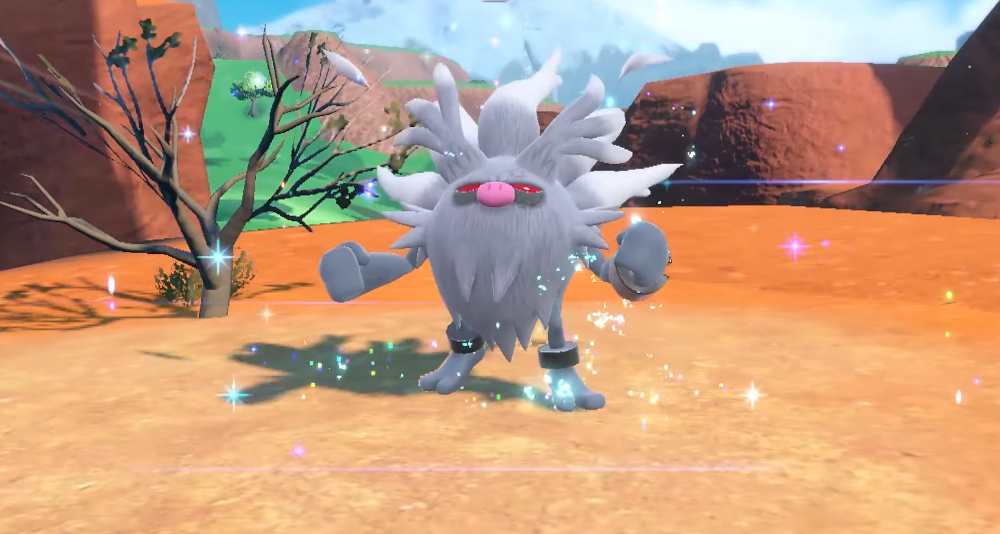 Some Pokedex lore states that some Primeape get so angry they die, when they finally look peaceful. Doesn’t seem to work here, as Primeape’s rage grows so bad its mortal body can no longer contain it. Meet Annihilape, the Rage Monkey Pokémon.

This Fighting and Ghost Type keeps doing what the previous forms did but better. It has a somewhat respectable speed and defense with an HP stat that could be called “not terrible,” and an Attack stat that tears through foes. FYI, you can nab these in some 5 and 6 Star Tera Raid Battles (shinies have blue fur).

Many religions and philosophers may espouse the virtue of being slow to anger, but when in doubt, throwing an angry ghost-monkey at a problem usually can’t make it any worse.