Over the last five years, writer and director Rian Johnson has established himself as one of the most polarizing figures in entertainment. 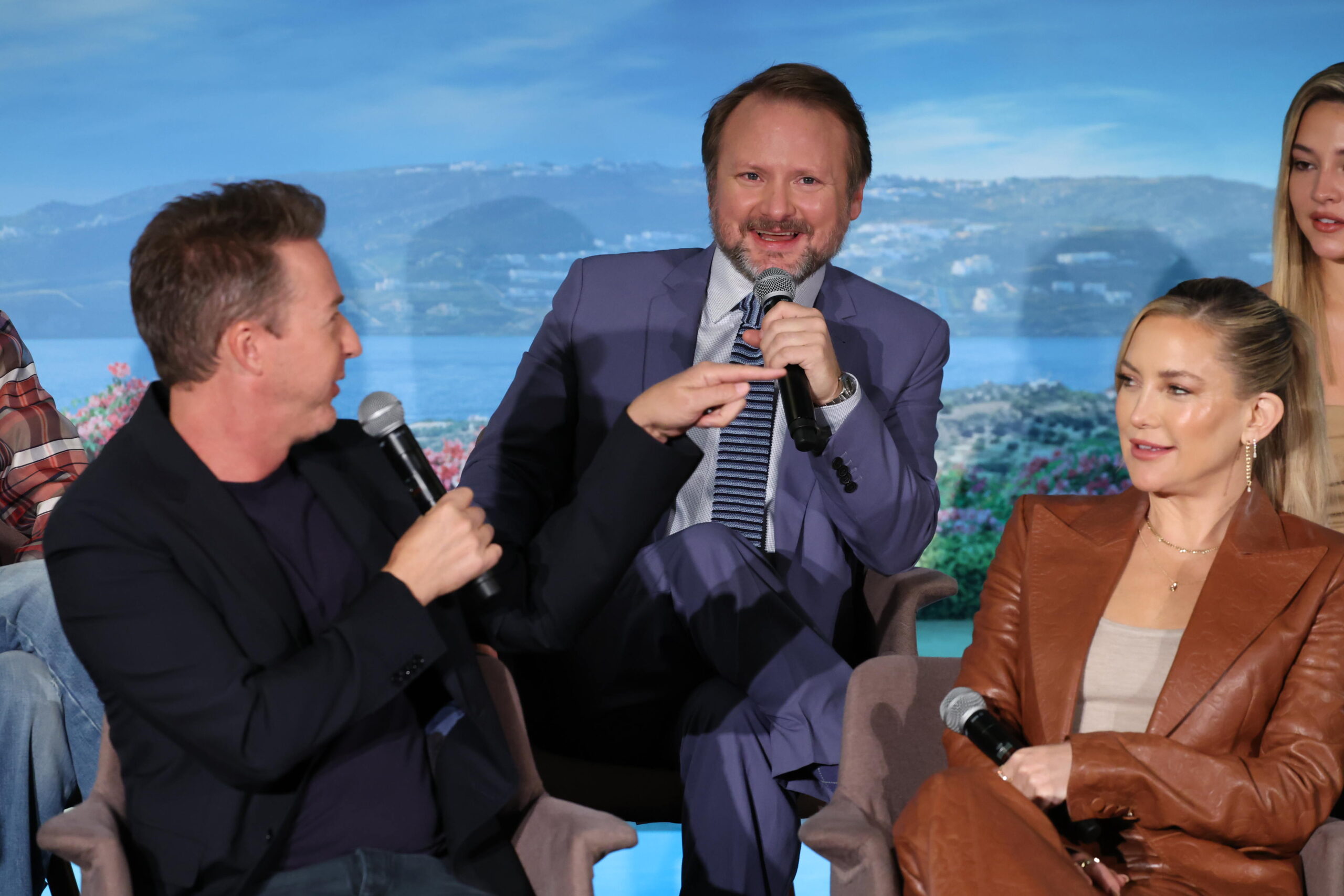 When it comes to him, there’s no in-between: you either love him or you hate him (or if you’re a Star Wars fan, likely despise him).

General Leia Organa Solo (Carrie Fisher) uses the Force to pull herself to safety from the vacuum in Star Wars: Episode VII – The Last Jedi (2017), Disney

Regardless of one’s opinion of him, what can’t be argued is that his handling of Disney’s Star Wars Episode VIII: The Last Jedi not only took a sledgehammer to one of the formerly strongest entertainment brands of all time, but also divided the fan base in a way never thought possible.

However, rather than admit to just how poorly his attempt to ‘subvert expectations’ was received by fans, Johnson instead went on to crown himself the King of giving audiences the opposite of what they expect with 2019’s Knives Out. 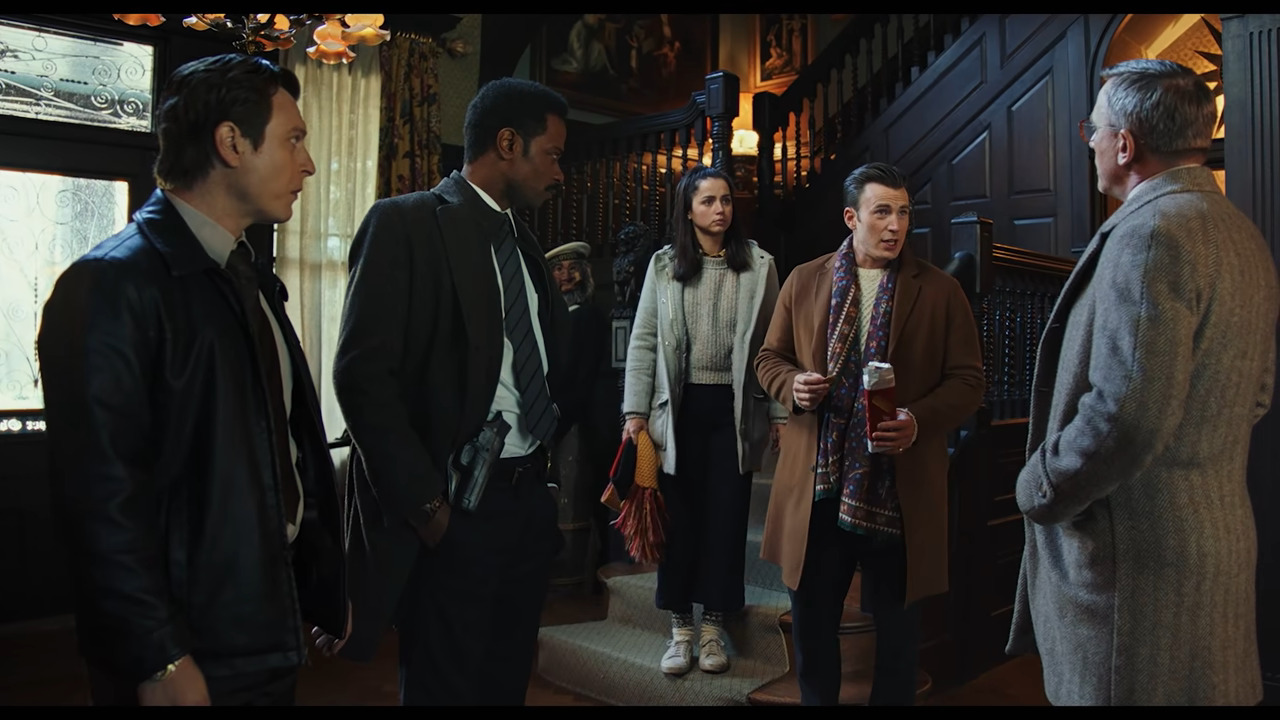 Featuring an ensemble cast, the murder mystery won over media critics with its unabashed disdain for “MAGA people”, which many gushed about being a fun ‘F–k you to rich white Trump voters.

Taking note of this praise, in 2021, Netflix paid Johnson the sum total of $69 million for the rights to two future Knives Out sequels, the first of which ended up being Glass Onion. 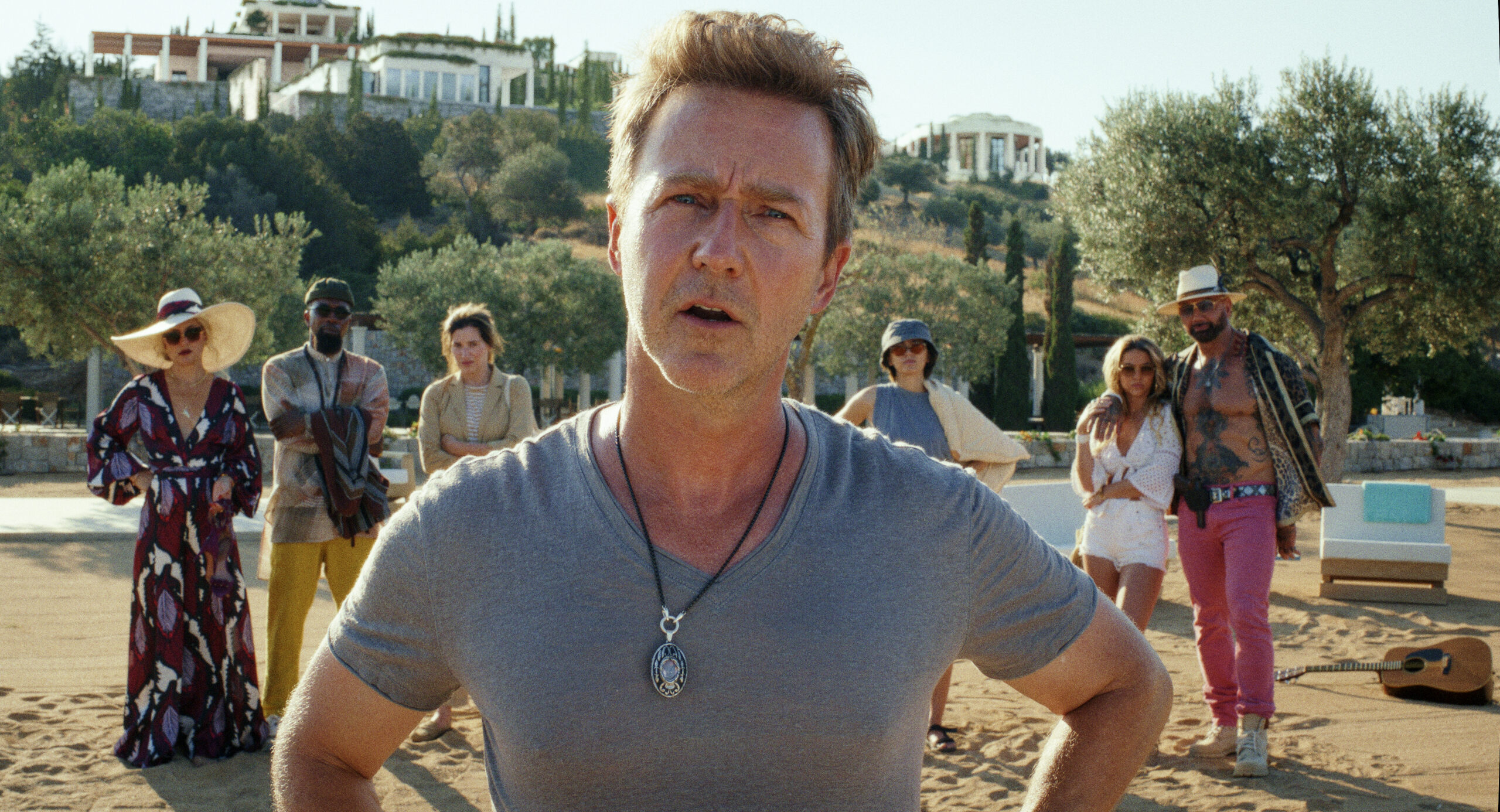 Following the events of the last movie, Glass Onion opens with tech billionaire Miles Bron (Edward Norton) sending elaborate puzzle boxes to a small group of his rich and influential friends in order to invite them to a “murder mystery party” on his private island. 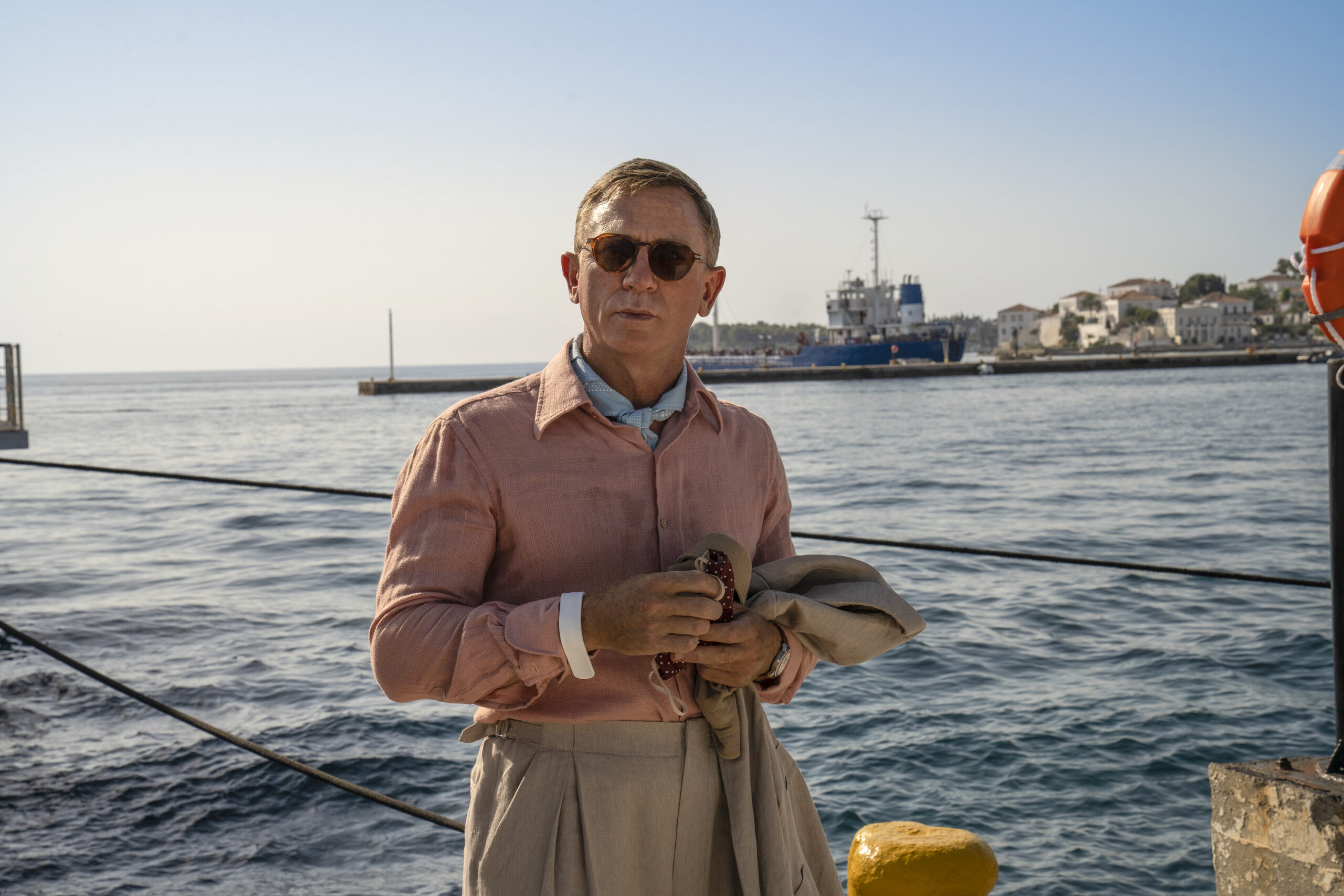 Though he questions how Blanc received an invite, Miles eventually allows the pair to stay, eventually concluding that one of the other guests must have sent their box to the detective as a joke.

But when two of the guests are soon found murdered, the game becomes a real investigation as Blanc sets out to crack the case and discover who among them is the killer.

Glass Onion proves that Johnson has bought into his own BS, because the storytelling here is no different to what he accomplished in Knives Out.

Johnson’s films – even The Last Jedi, with its casino planet detour – have shared a singular, ongoing message: rich people bad. 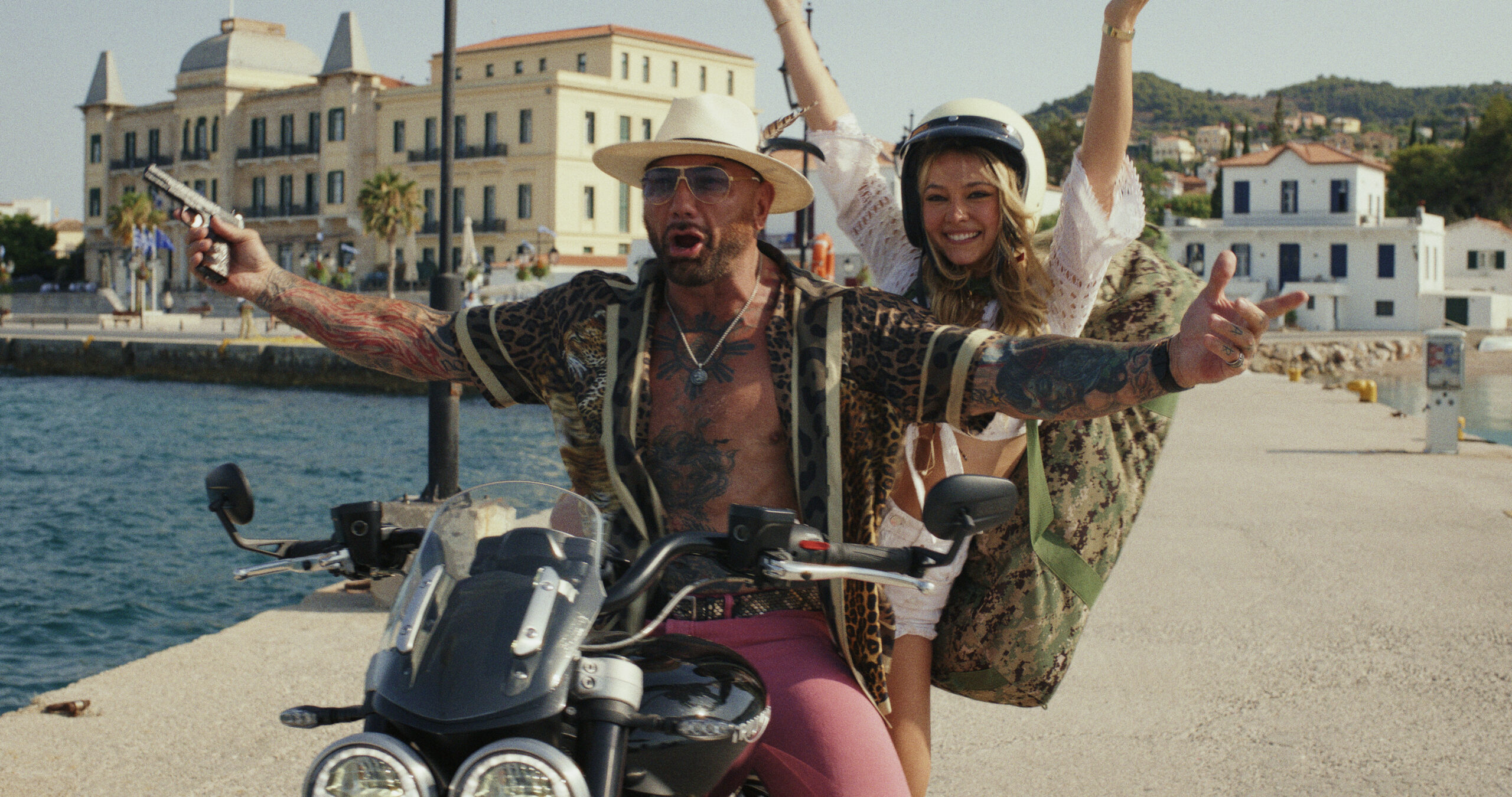 And because the film takes place in the modern day, rather than a big, evil family with nefarious motives, Glass Onion directs its commentaries at politicians, Twitch streamers, fashion models, and of course tech giants.

Therein lies the biggest downside of Johnson’s expectation-subverting writing style: Johnson isn’t nearly as smart as he thinks he is, and so his attempts to take the viewer by surprise end up being seen coming from a mile away. 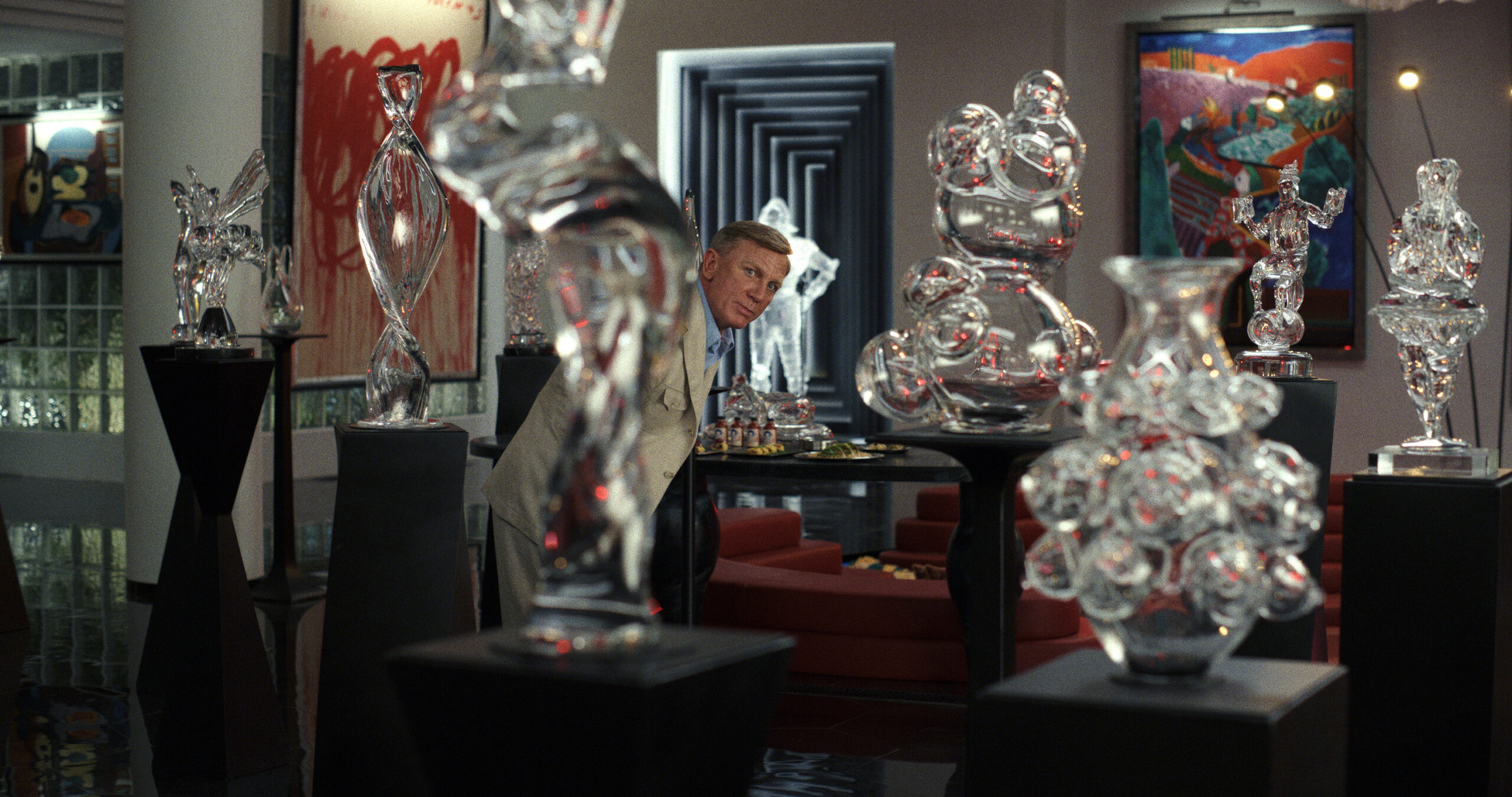 Johnson likes to use his films to take a bat to his political enemies – Miles is an obvious parallel to Elon Musk – but in getting in his digs, he makes it very easy to see, even from the very beginning of the adventure, where the film is going to end up.

This issue of Johnson’s predictability – a major flaw of Knives Out and a continuing problem in Glass Onion  – is only further exacerbated by the other staple of Johnson’s writing, the morally pure minority figure. 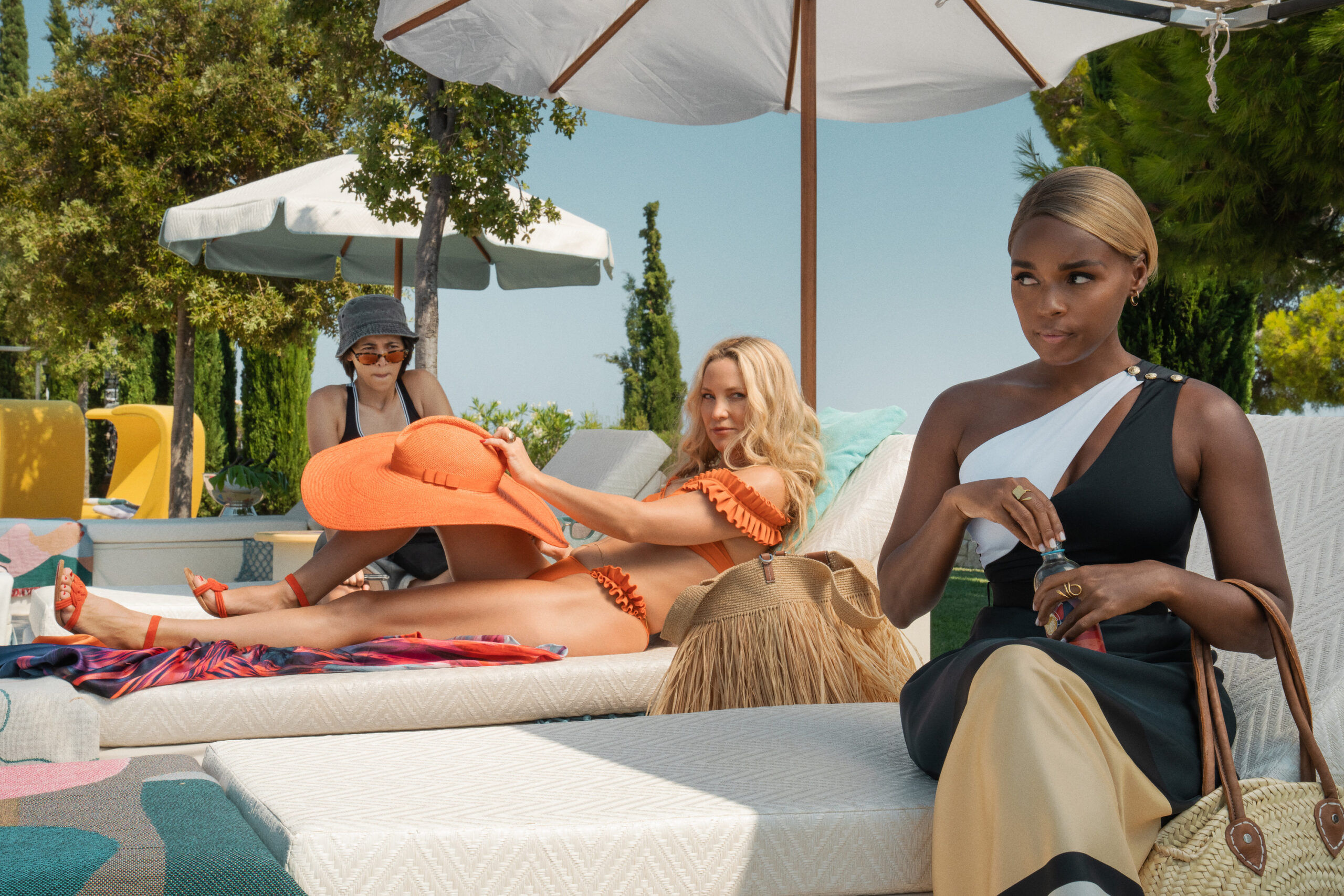 Like The Last Jedi‘s Rose Tico and Knives Out’s Marta Carberea (Ana de Armas), Glass Onion‘s Cassandra lack of flaws is highlighted in big bright lights as she is artifically forced upon the audience as their hero.

But when a mystery film so absolutely characterizes members of its cast as either heros or villains, you end up being able to guess the major beats within its first couple minutes. 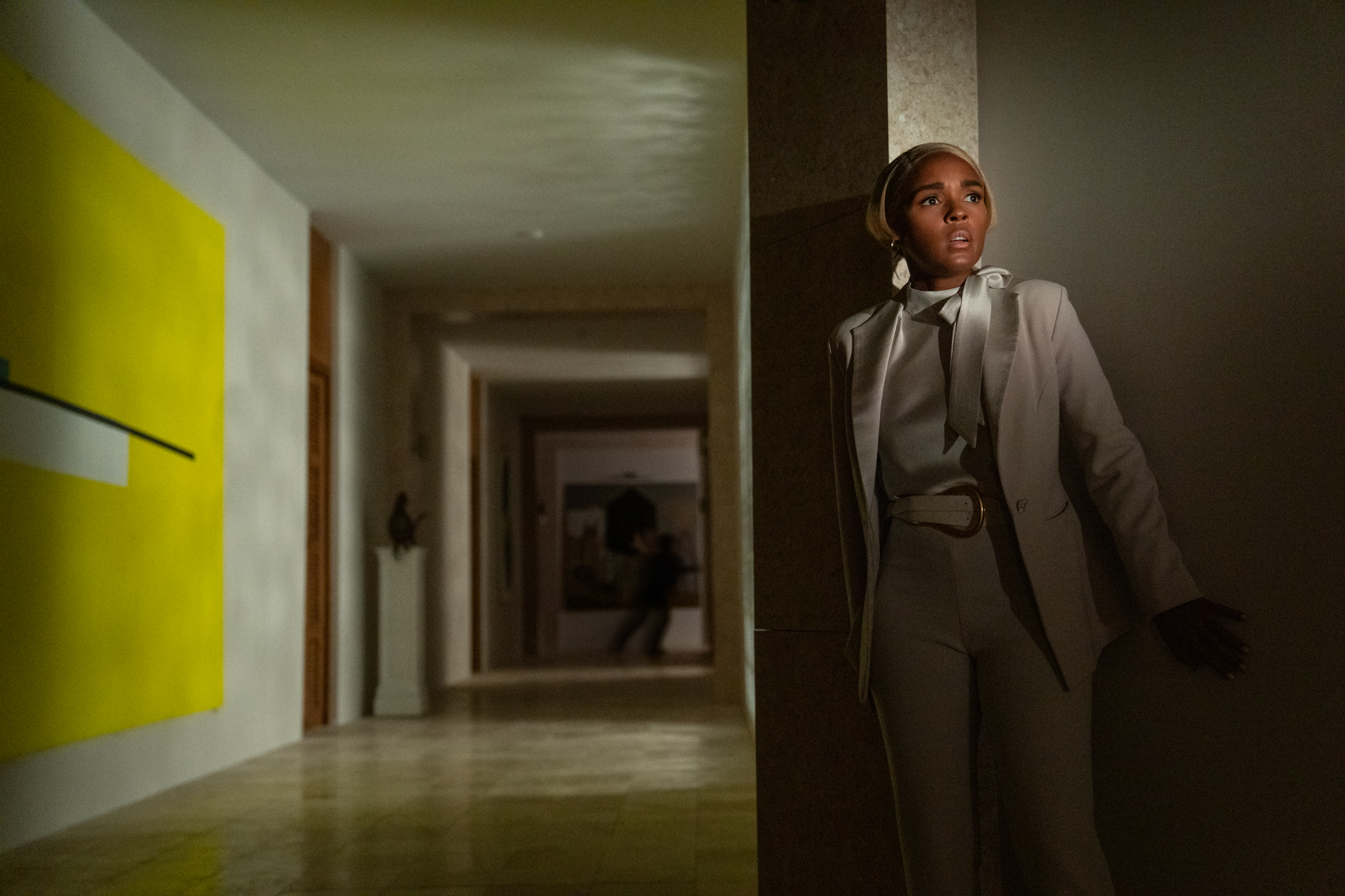 But perhaps nothing sums up the issues of Glass Onion – as well as Johnson’s overall style – as the fact that it often mistakes red herrings for intrigue, covering its lazy plot hole answers with a false of tension.

“It’s because he’s an idiot.” No Rian, you are the idiot. 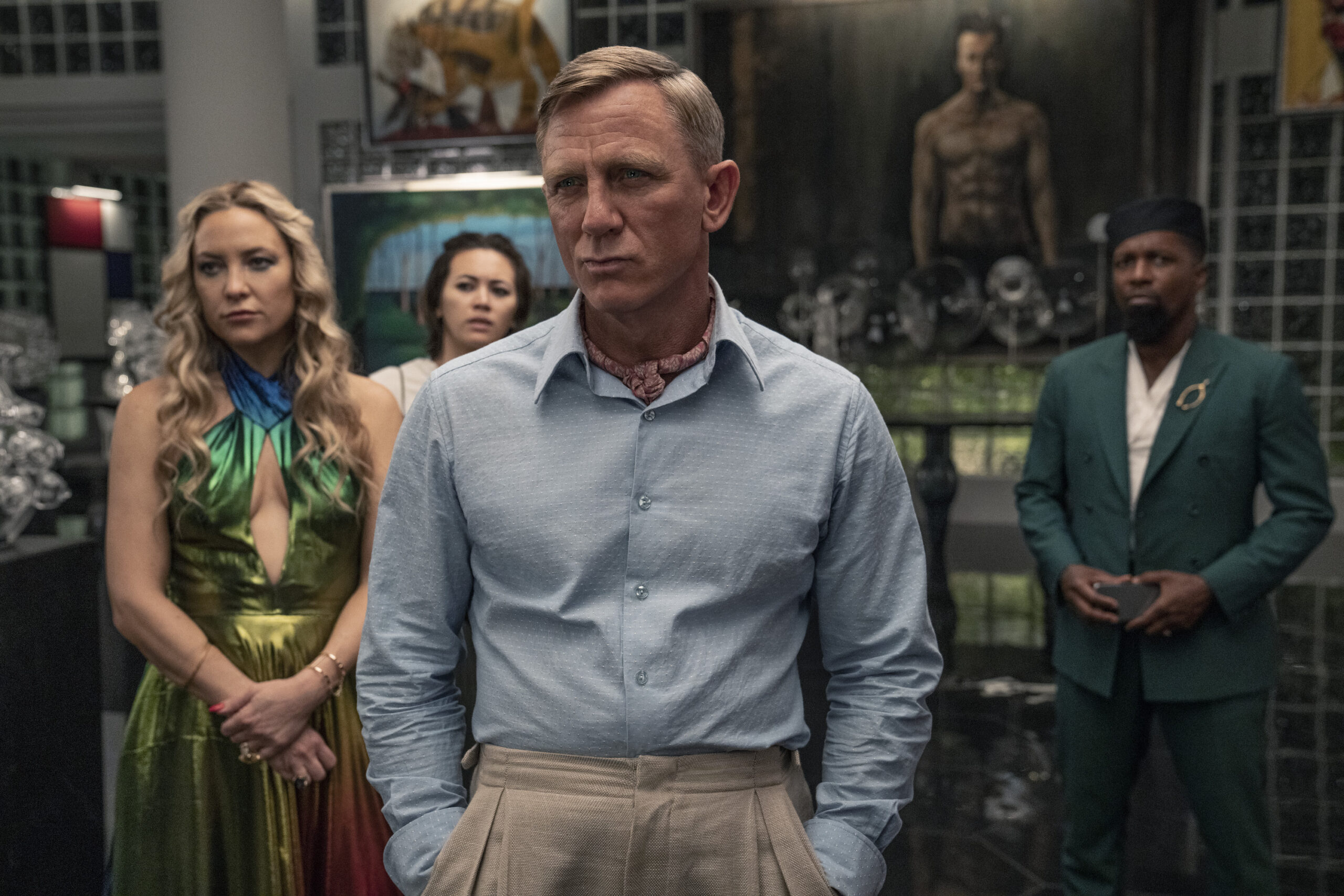 I don’t know how else to put it.

Glass Onion: A Knives Out Mystery is a waste of $275 million and the audience’s time. 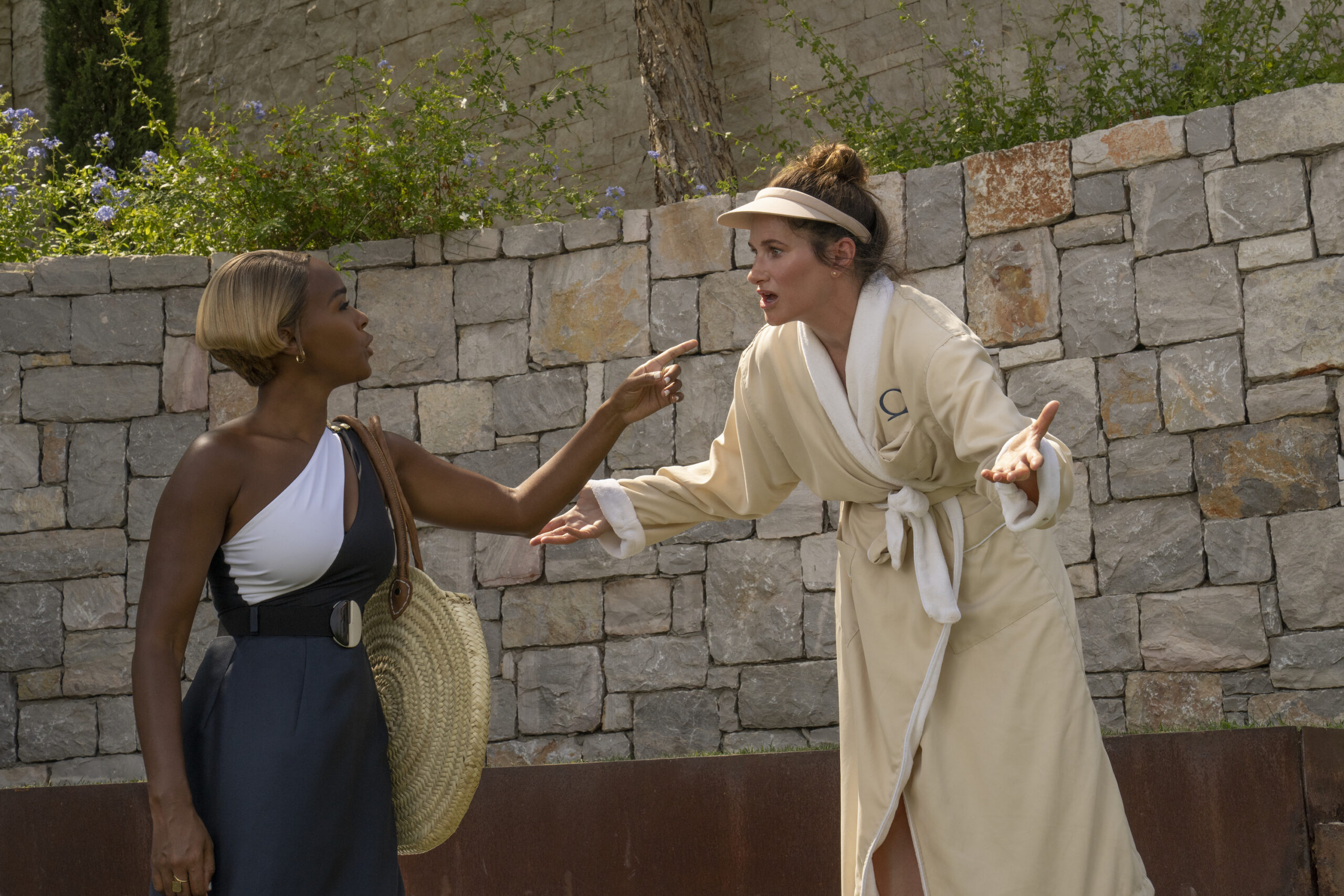 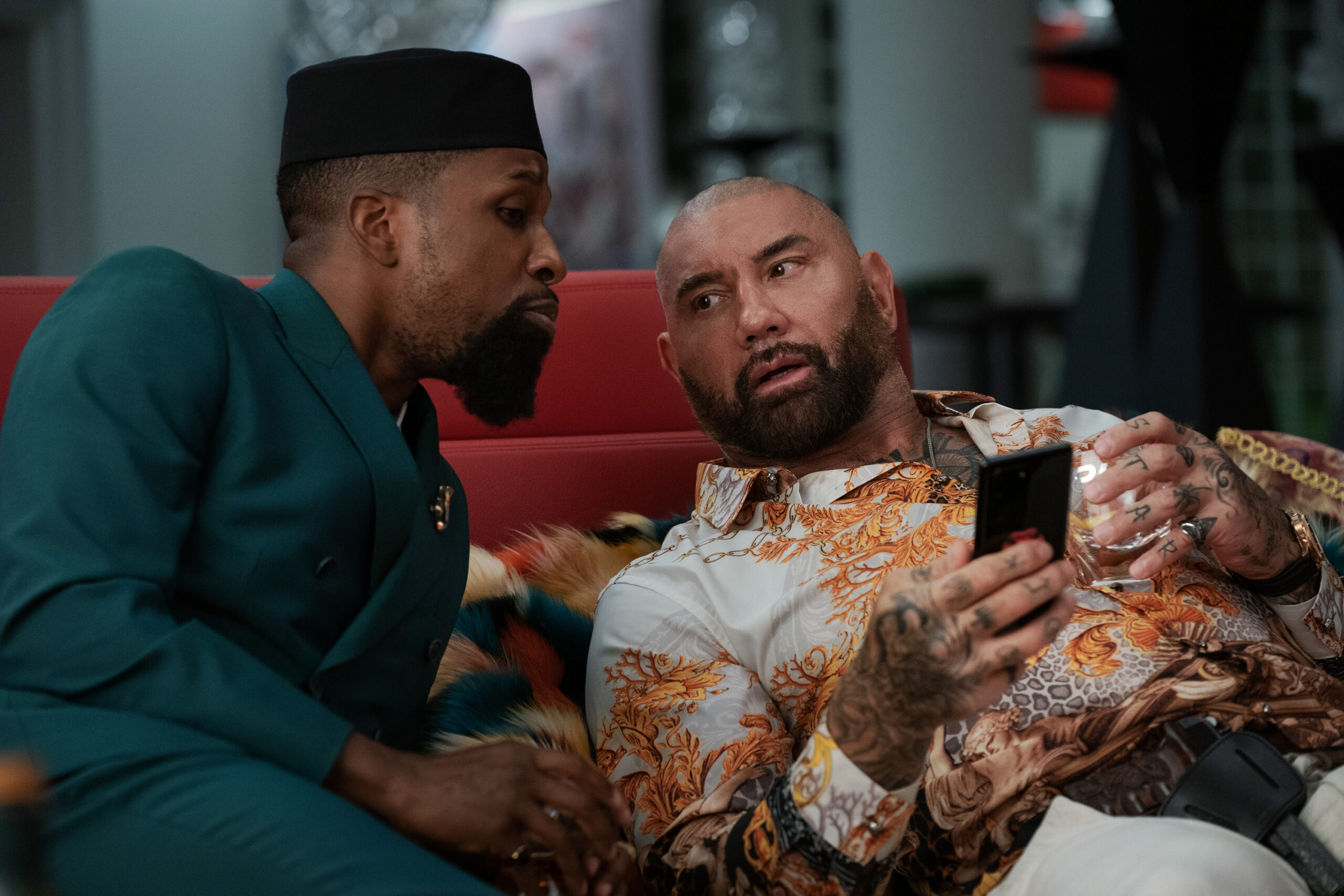 NEXT: ‘Don’t Worry Darling’ Review – A Better Drama Behind The Camera Than In Front Of It