The Elseworld Dark Knight films Gotham by Gaslight and Batman Ninja are going to have company in the DC Animated canon, as Warner Bros. Animation is adapting a new period piece that’s based on a graphic novel by Mike Mignola, Richard Pace, and Troy Nixey. Set in the 1920s, the story focuses on one more variation of The Caped Crusader in the Multiverse. 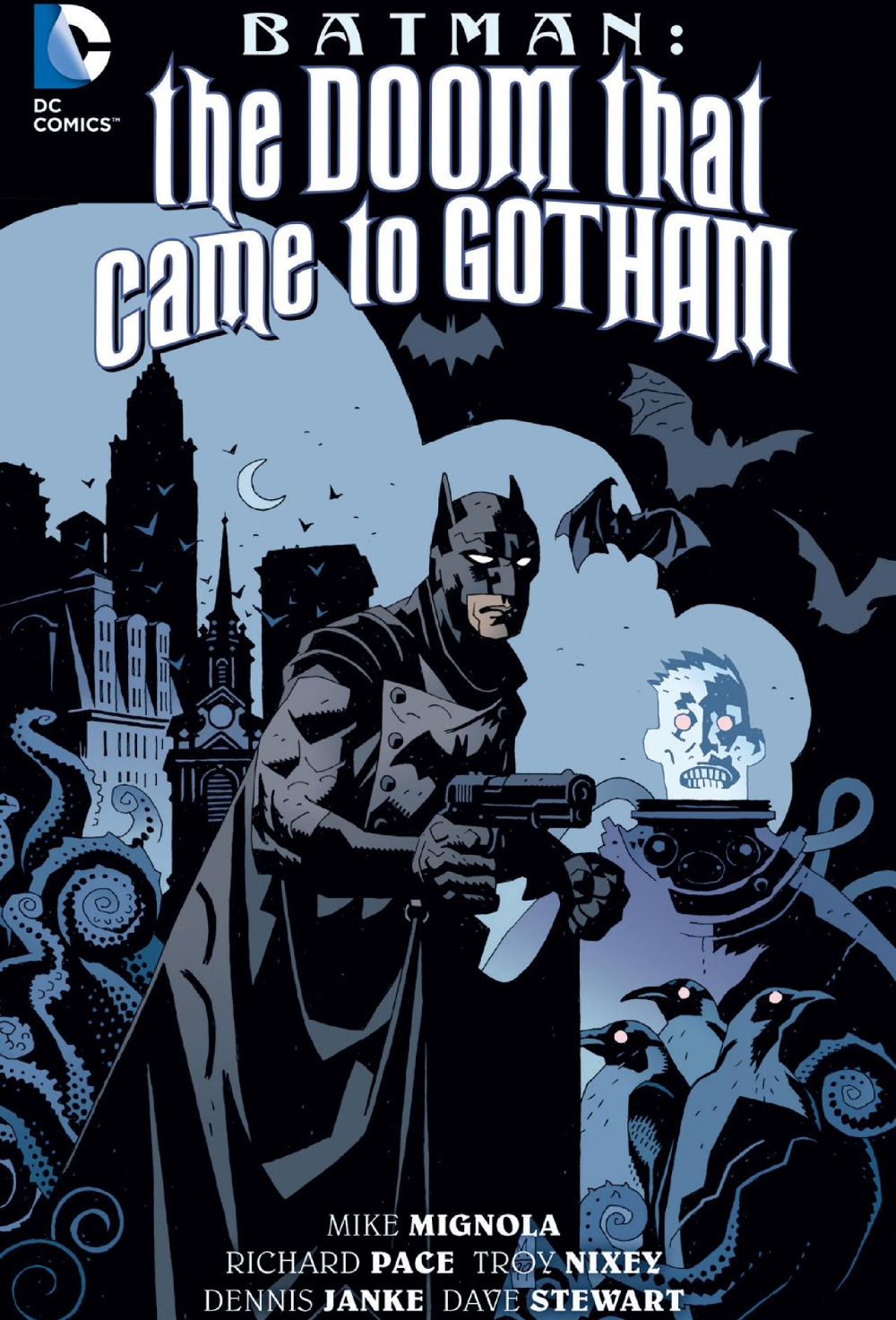 Front cover to in Batman: The Doom That Came To Gotham (2000-2001), DC Comics. Words by Mike Mignola and Richard Pace. Art by Troy Nixey, Dennis Janke, and Dave Stewart

Batman: The Doom That Came To Gotham is coming and The Hollywood Reporter released a first look at the adaptation as well as production details ranging from the team behind it to the large voice cast of recognizable character actors and the eclectic individuals from Gotham lore they are playing. Starting with Bruce Wayne, everyone you can think of gets a Jazz-Age makeover.

This time around, Bruce is an explorer who would give Indiana Jones a run for his money, especially in terms of mishaps. Accidentally unleashing an ancient evil, he returns to Gotham after two decades in exile and encounters allies — such as Jim Gordon and Green Arrow — and enemies — like Ra’s al Ghul and Mr. Freeze — that add to the Lovecraftian horror he must battle. 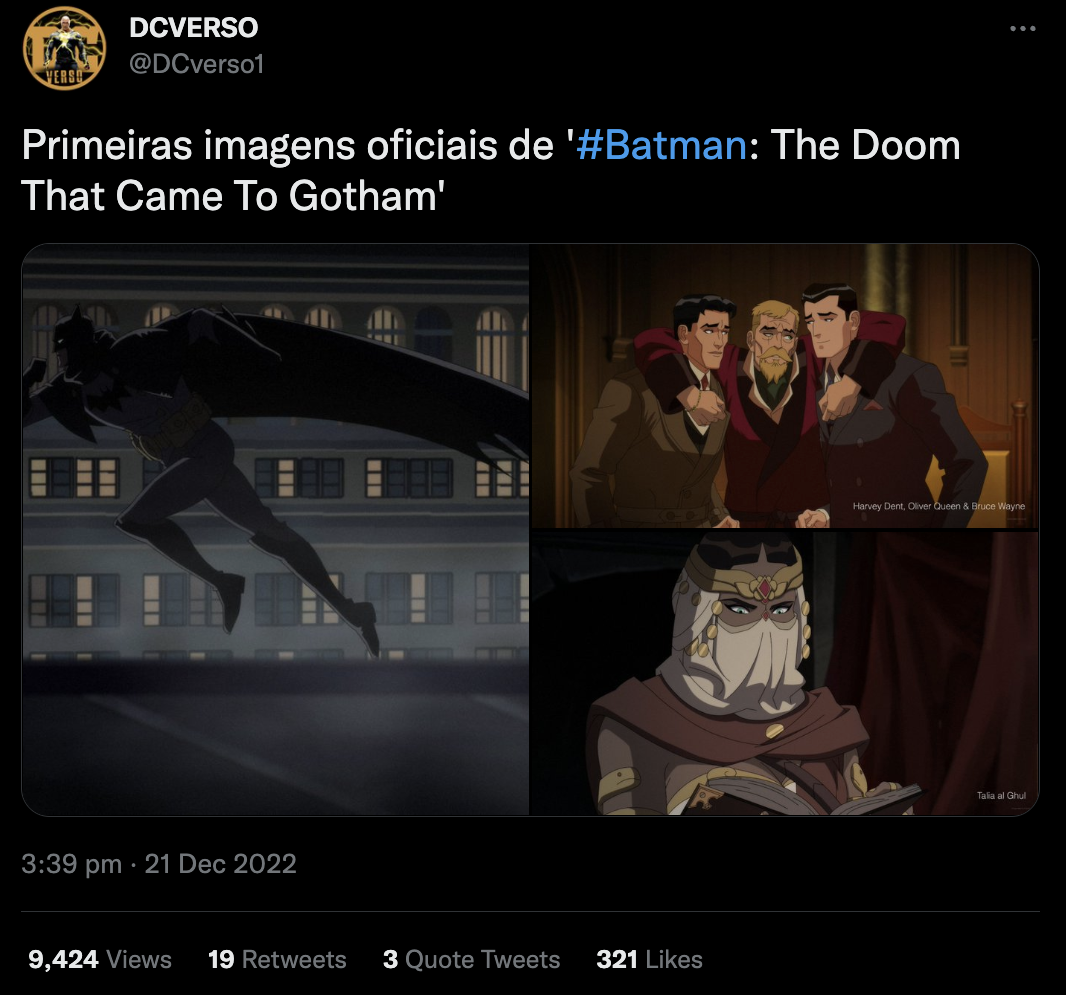 First images for Warner Bros. Animation’s Batman: The Doom That Came To Gotham (2023) via DCVerso1, Twitter

Lending his voice to Batman is A Million Little Things star, David Giuntoli. Christopher Gorham and John DiMaggio back him up as the Emerald Archer and Gordon, respectively. Alfred, voiced by Brian George, and Dick Grayson, played by Jason Marsden, won’t be far behind. Neither will ally-turned-criminal Harvey Dent/Two-Face who is voiced by Patrick Fabin of Better Call Saul. 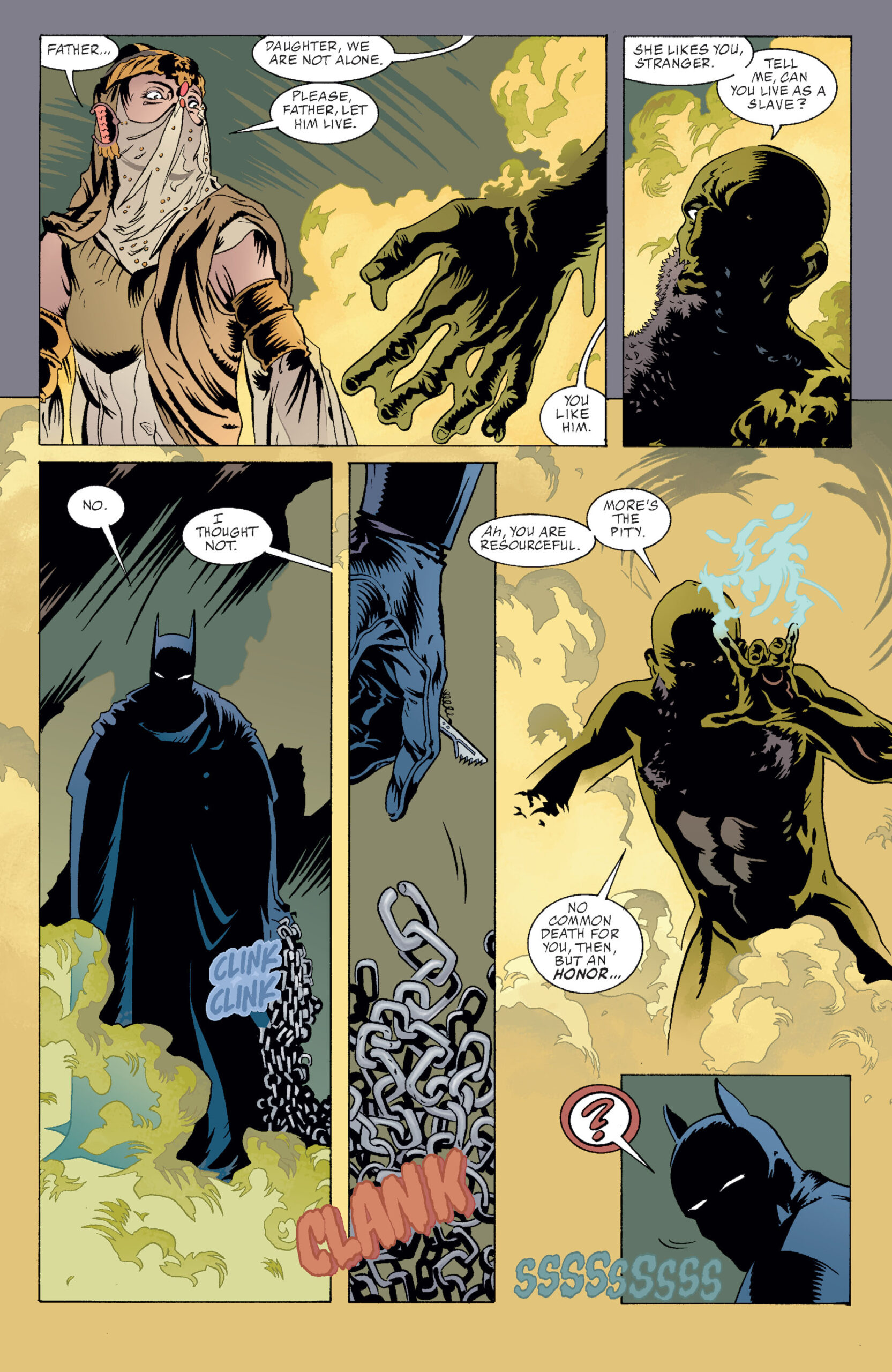 The Doom That Came To Gotham does not have an official release date but it’s predicted the film will land around spring next year. Sam Liu and Christopher Berkeley share directing duties from a script by Jase Ricci. Also in 2023, a Legion of Super-Heroes animated movie is on the way as is another Elseworld Batman in Batman Azteca: Choque De Imperios.

NEXT: Rumor: Ben Affleck’s Role In The DCU Uncertain As Batman Cameo In ‘Aquaman And The Lost Kingdom’ Is Reportedly Cut