An inside source has confirmed Suicide Squad: Kill The Justice League does have a Battle Pass, while an artist has denied other alleged leaked parts of the forthcoming game. 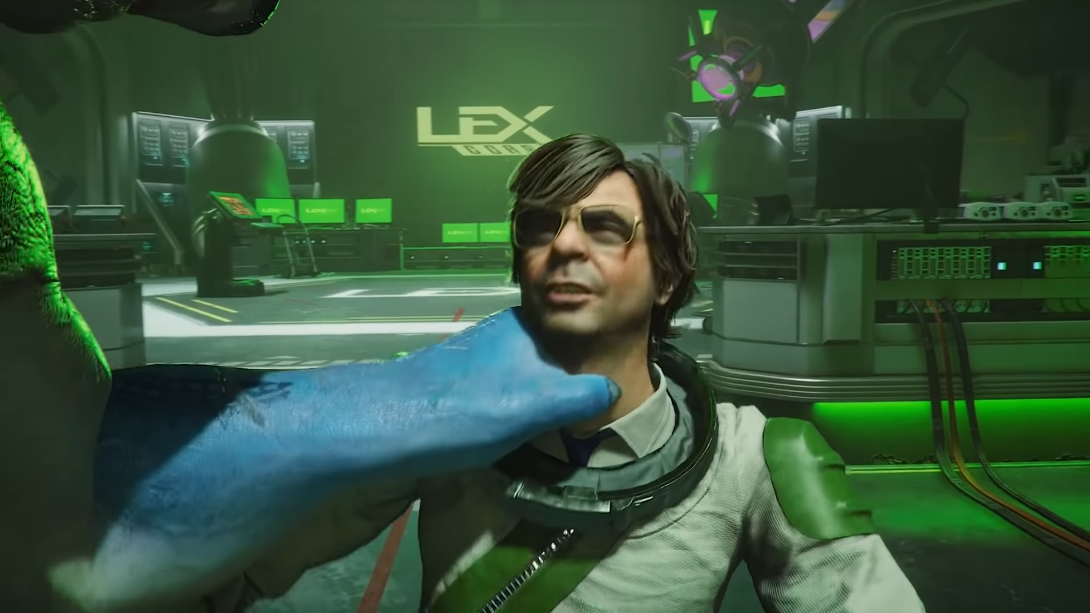 RELATED: ‘The Joker: The Man Who Stopped Laughing’ Writer Matthew Rosenberg Responds To Backlash Against Pregnant Joker Story: “This Isn’t An Allegory, A Metaphor, Or Social Commentary – It’s A Joke”

We previously reported that alleged details for the plot of Suicide Squad: Kill The Justice League had appeared on 4Chan. The claims were consistent with what had been seen in trailers, and didn’t sound too implausible. This is likely why the claims spread like wildfire on social media, despite lacking evidence to suggest it was genuine.

One claim was that the game had live-service elements. However, the leaker claimed these were cut after the poor reception of Marvel’s Avengers and allegedly other live-service titles not turning a satisfying profit.

An alleged leaked screenshot of Suicide Squad: Kill The Justice League via Twitter

Later, an alleged image from the game was leaked, dated January 16th based on what seems to be a developer-build text. This image showed a Battle Pass option in the menu’s UI, along with a Store (though this may be purely for in-game items), and what appears to be several kinds of currency next to what could be in-game money (the golden coin symbol with a “C” in it).

Now, VGC reports that Suicide Squad: Kill The Justice League will have a Battle Pass. Speaking to a “development source,” the Battle Pass will be “focused” on cosmetics (an example given was skins).

Harley Quinn talks on her earpiece as a Braniac ship looms in the background via Suicide Squad: Kill the Justice League (2023), Rocksteady Games

The source then clarified that the “currencies” at the top of the leaked screenshot are actually XP, spent on the skill trees for each character, tailoring them to the player’s play-style. It could be assumed that the different kinds of XP are for different kinds of skill, such as movement, temporary damage buffs, new attacks, more health, and so on.

“You don’t start off debuffed and weak,” insisted the source to VGC. “You just start off great and can get ridiculous, like Arkham Knight’s Batman.” 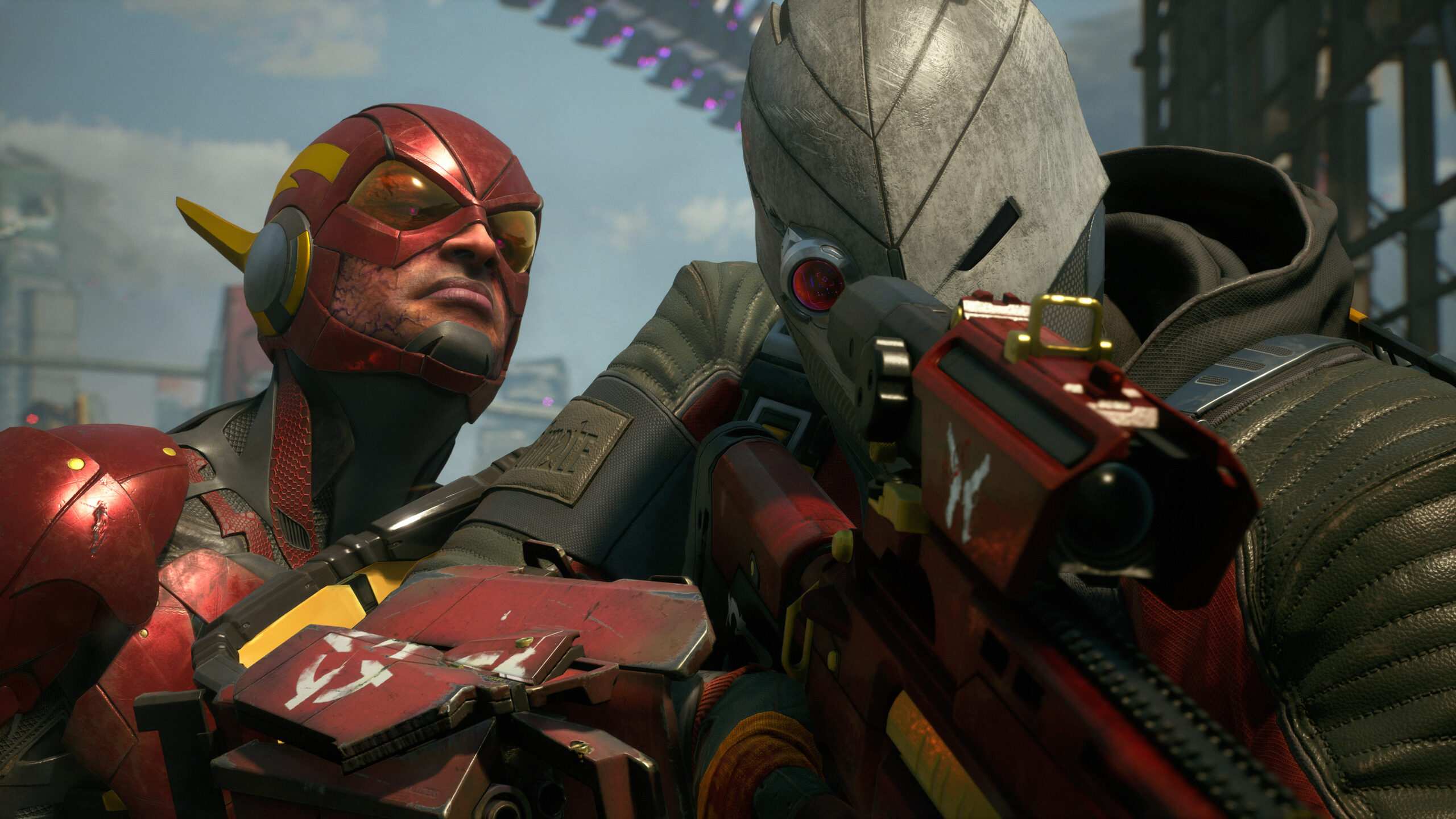 The Flash peers over Deadshot’s shoulder, the latter oblivious to his presence via Suicide Squad: Kill the Justice League (2023), Rocksteady Games

Alleged leaks from 2020 had resurfaced given the new claims, especially being they shared many of the same details. @TheBat_Family shared details at the time. Based on the leaks we have now, some claims suggest this was early in development. 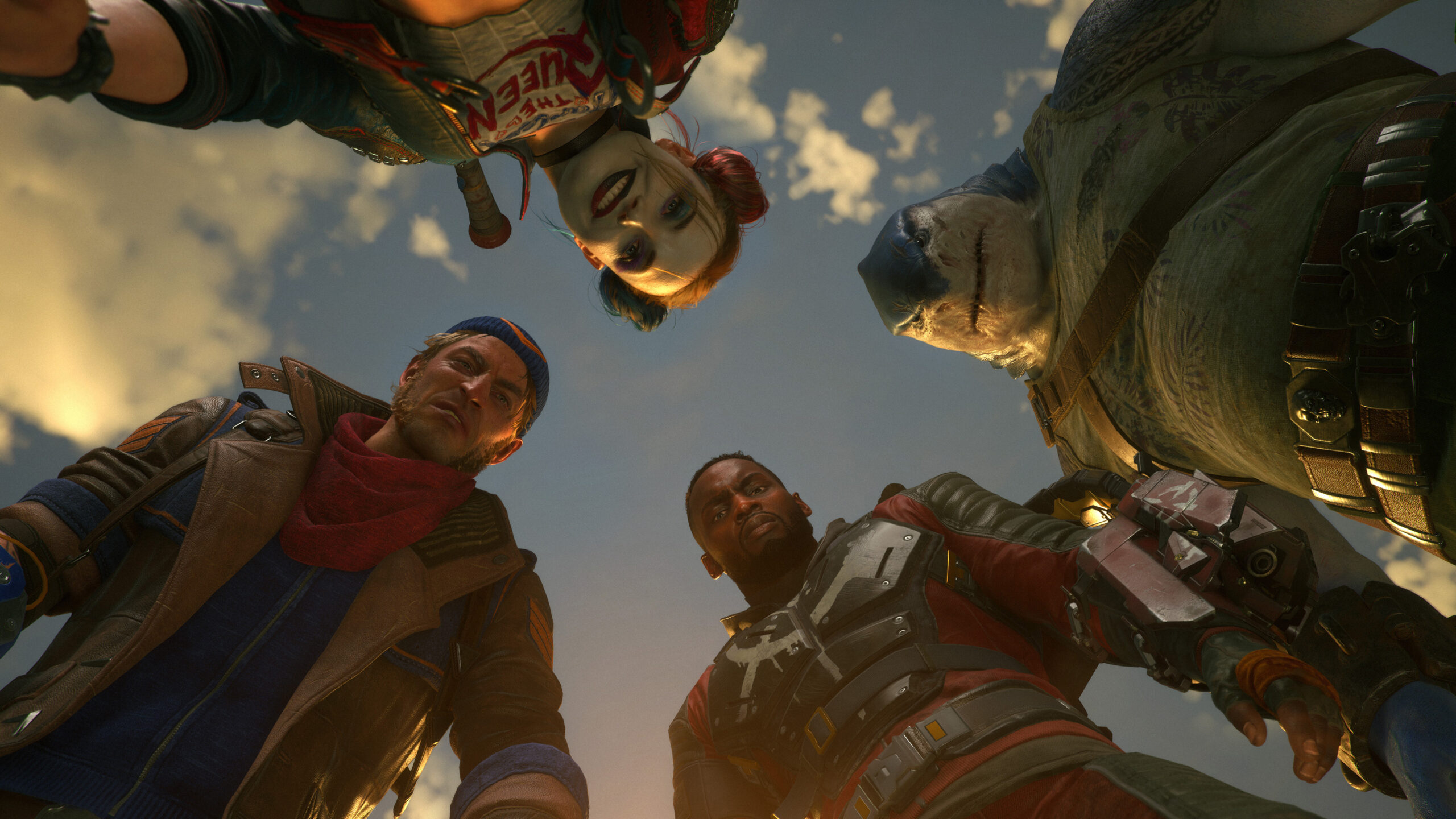 Those earlier leaks claimed Cheetah, Bane, Poison Ivy, Scarecrow, and Gorilla Grodd would be playable characters, along with Deathstroke and Red Hood as DLC (the latter a PlayStation exclusive). King Shark was not mentioned, though some of Gorilla Grodd’s animations could have been repurposed.

Aquaman was listed as an actual boss (rather than being killed in a tutorial as the current leaks claimed), along with Cyborg, Martian Manhunter (as a post-launch update) and Red Robin. The latter was done to prevent Batman being shown to be killed or captured.

The leak also claimed Superman, Wonder Woman, and the Flash would not die during the game, only be captured. However, the current leaks claim both Superman and The Flash die, while Wonder Woman is an ally to the Suicide Squad. 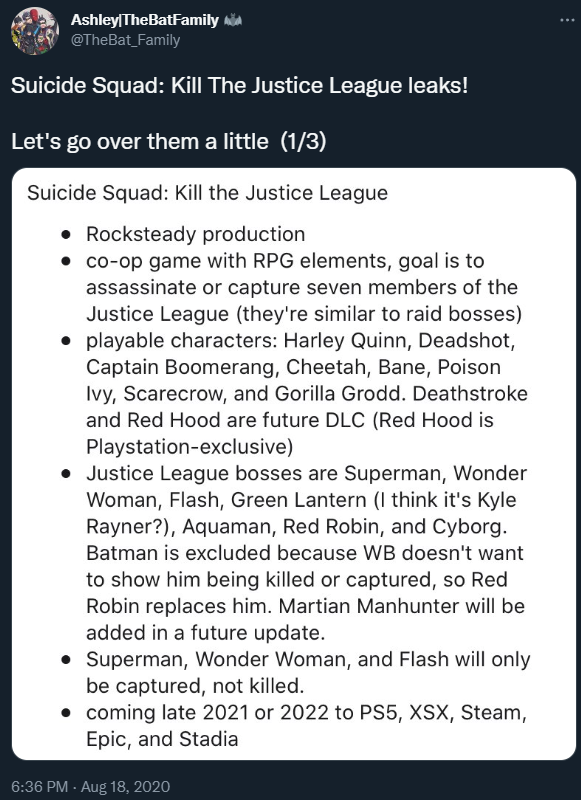 Nonetheless, Walker (@TheCartelDel) declared “I would never work on a game this bad.” Exactly which elements he found objectionable were not elaborated on, as Walker later deleted his tweet.

If Walker didn’t like which characters were playable, most of them appear to have been cut. Three of the bosses mentioned — Cyborg, Red Robin, and Martian Manhunter — also aren’t fought at least according to the latest leaks. The game being a co-op game with RPG elements has persisted to this day in both leaks and marketing.

That would leave three members of the Justice League not dying (now two of them do), and Batman being excluded (now included and a boss) according to the leaks. Speculation aside, Walker’s comments are challenging to interpret, or if he even holds those opinions today.

What do you make of this alleged insider’s response to the leaks as well as Del Walker’s comments?