Thanks to some advice from the Alterna Comics Facebook team, we were able to track down Jeff McComsey, the creator of Mother Russia at Baltimore Comic-Con. We chatted with him a bit about Mother Russia and how the relationship between Fubar Press and Alterna works.

BiC: Hey Jeff, we actually just reviewed Mother Russia, Charles Cox did. We really liked it. Could you tell us a bit about it for readers who haven’t heard of Mother Russia yet?

Jeff: Mother Russia is about a World War II Soviet sniper during the zombie apocalypse of Stalingrad. She is safe in her little tower, but while she is looking around one day, she sees a little baby boy amongst all the zombies. She jumps out of her tower to save the little boy and Oops! she’s stuck down there with the zombies and the baby.

BiC: In Charles’ review he mentioned the theme of the true cost of war, could you tell us a little bit about this?

Jeff: Sure, at this point, she eventually discovers one or two other survivors. And I don’t want to give it away, but they aren’t on the same side. They kinda have to put away their differences for mutual benefit so they can get away and survive in what is left of the world. 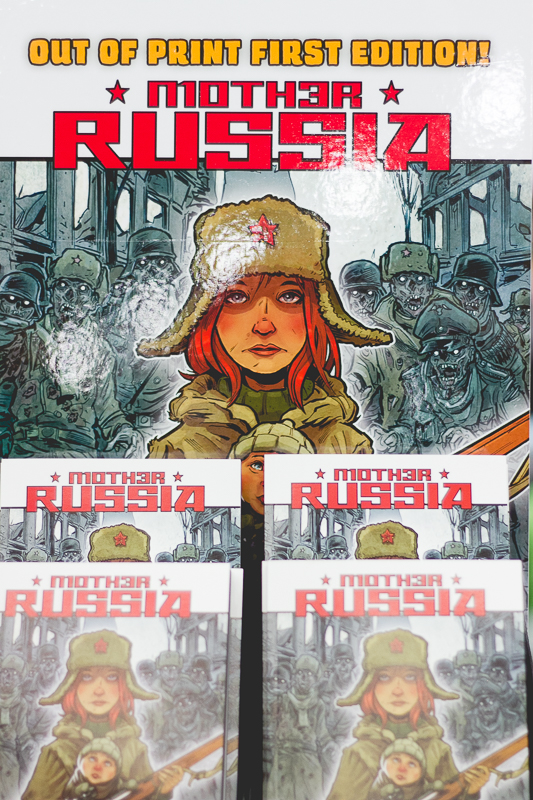 BiC: Are you working on any other projects?

Jeff: Right now I am finishing up KickStarter rewards for Fubar by the Sword, which is part of Mother Russia stuff. It’s more historical zombie stuff we put out. And then after that I don’t know.

Jeff: Fubar Press, there is a store and anything you order from Fubar Press, I personally ship out and I sketch in everyone of them.

BiC: How does the relationship between Fubar and Alterna work?

Jeff: Basically Alterna is in charge of our distribution so through them we are in book stores, comic shops, comixology, and stuff like that. So it’s kind of like a distribution partnership. 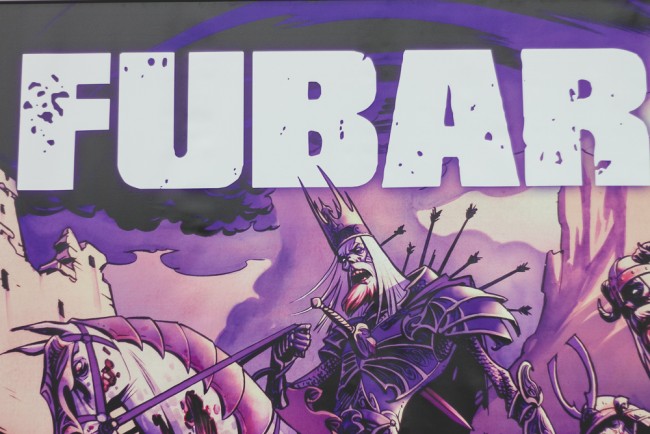 BiC: Can you tell us a little more about Fubar?

Jeff: Fubar is a historical zombie anthology series. Each book is a collection of short comics about a different historical period. Right now we have one that is American history, we have a world history book, we have a World War II book, and the we also have a kind of Cold War/Modern Warfare book.

BiC: Thank you very much and enjoy the Con!

Jeff: Hey you too, thanks man!