One of our first stops on Friday was at creator-extraordinaire Marc Adona’s booth where we talked about his Wandering Vagrants series and how he got the idea from a 24 hour comic session. If you don’t know what that is don’t worry neither did we, and Marc was happy to explain it to us!

BiC: How’s it going. Would you mind telling us who you are and what you have here?

Marc: Hi, my name is Marc Adona and I’m with my studio Xan Press at Baltimore Comic Con and I’m showcasing my Wandering Vagrants series. I have my first two volumes here and am currently working on the third volume. 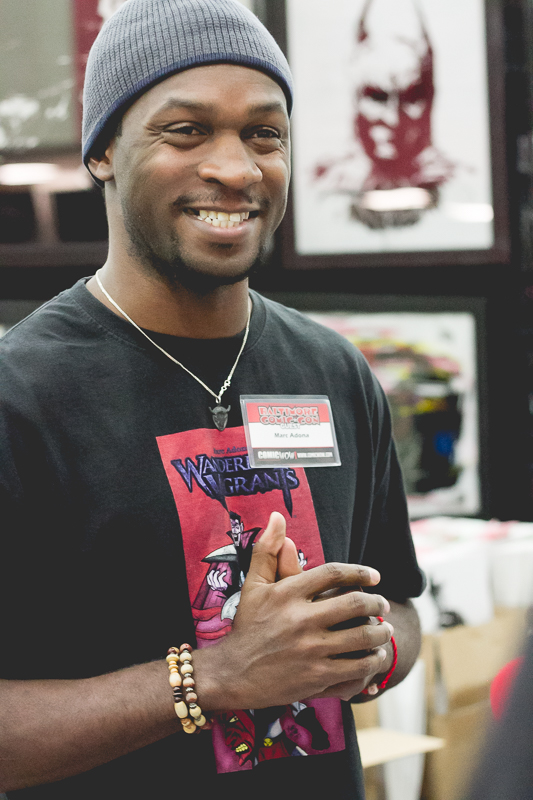 BiC: What is Wandering Vagrants about?

Marc: Wandering Vagrants originally started as a 24 hour comic. You basically just have 24 hours to produce everything from art to story. I was really inspired from it and I wanted to make a book that I would want to pull off the shelf. It follows these three perfect strangers who take this contract to kill this master wizard. In return, he curses them with an eternally damned curse. Now, they are stuck together and they can’t separate. They have to find somebody to remove the curse. It sets them on this adventure to find somebody to remove it or they are damned. It is a light-hearted fantasy, comedy, action-adventure with a very open world. The first two books really cover them learning to work together. They get blackmailed a lot by the king and everybody around them. It’s a real fun ride.

BiC: It sounds like it. Besides from blackmail, what else can we look forward to seeing? 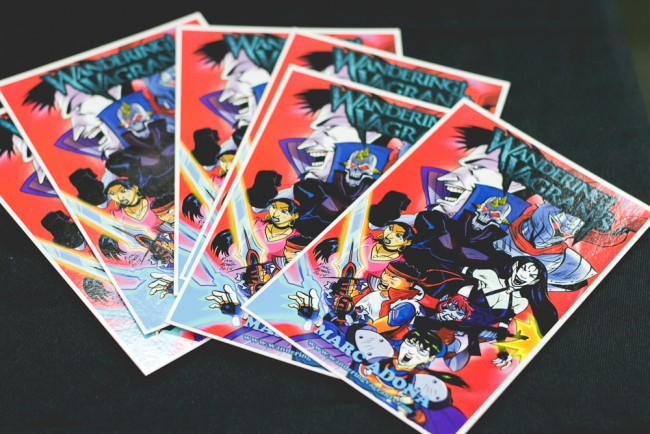 BiC: It sounds like a really expansive world. Really interesting. Can you tell us a little bit more about the 24 hour comic. I have actually never heard about that. How does it work? Doing a comic in 24 hours sounds difficult.

Marc: I always knew about it and then a friend had mentioned it a couple of years ago. Basically you have to write, draw, pencil, and ink a complete book in 24 hours. It’s a fun challenge. It always reminds me of being a kid, staying up all night and drawing. The whole thing is putting something together and having fun. Not over thinking it.

BiC: How many cups of coffee or gallons of soda did you drink?

Marc: It was like Coca Cola. It was like 2-3 pots of coffee, snack food. It was great. My eyes were bloodshot red the next day, but it was so much fun. It really sparked doing the Wandering Vagrant series. I used some of these characters and I always wanted to keep the trio. I was like: You know what this was so much fun. I kind of missed that about comics. There was a lot of dark stuff. I am going to make this adventure book that is like Saturday morning 80s cartoon with these three characters that can’t stand each other and set on these wild adventures. That’s where it came from.

BiC: I also see you have another book here called Mayhem.

Marc: Mayhem was my very first comic. It’s kind of an adventure story about this space pirate named Calista who is murdered by her partner, Sunday, on her last mission. She leaves her on this desolate wasteland planet. There is no law there and she sets out on this journey to try and get off the planet. She has mercs, bounty hunters, and assassins after her. The first book, Return From The Grave shows her journey from there to meeting the first pirates.

Get Some is my art book collection. It is a lot of work I have done over the years. Illustrations, characters, comics, stuff that wasn’t really published. I always wanted to do an art book. 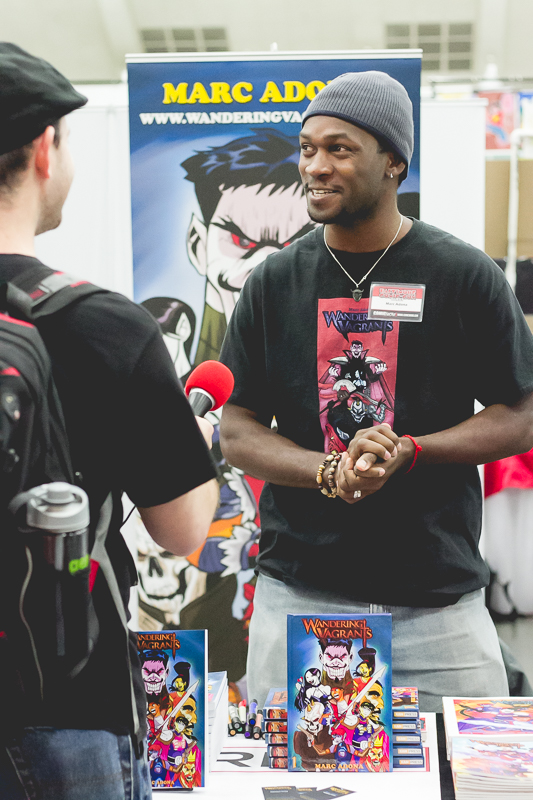 BiC: How can we get our hands on Wandering Vagrants, Mayhem, and Get Some if we aren’t here in Baltimore?

BiC: Thanks and have a great Con!

Marc: You too! Thanks!