Will you fall for Loki’s Deception or will you be able to see through his tricks.

Loki asks, Is the following story is true or false? 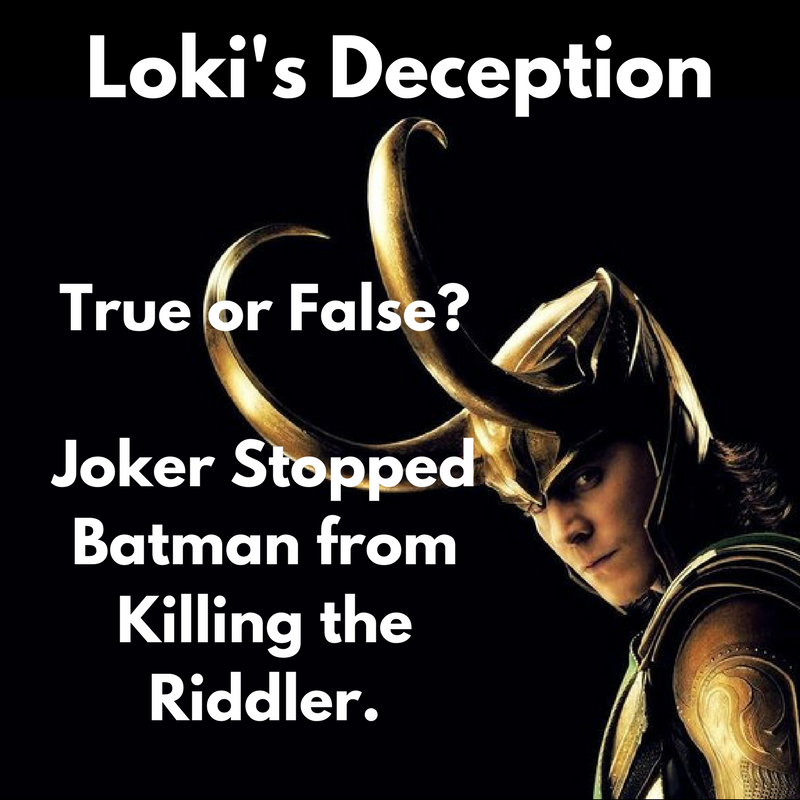 During the War of Jokes and Riddles, Batman masterfully separates Riddler and Joker from their armies and isolates both of them at the top of an office building. After both Riddler and Joker gang up on Batman beating him over the head with both a chair and a light stand, Batman is finally able to throw off Joker, and begins pummeling the snot out of Riddler. 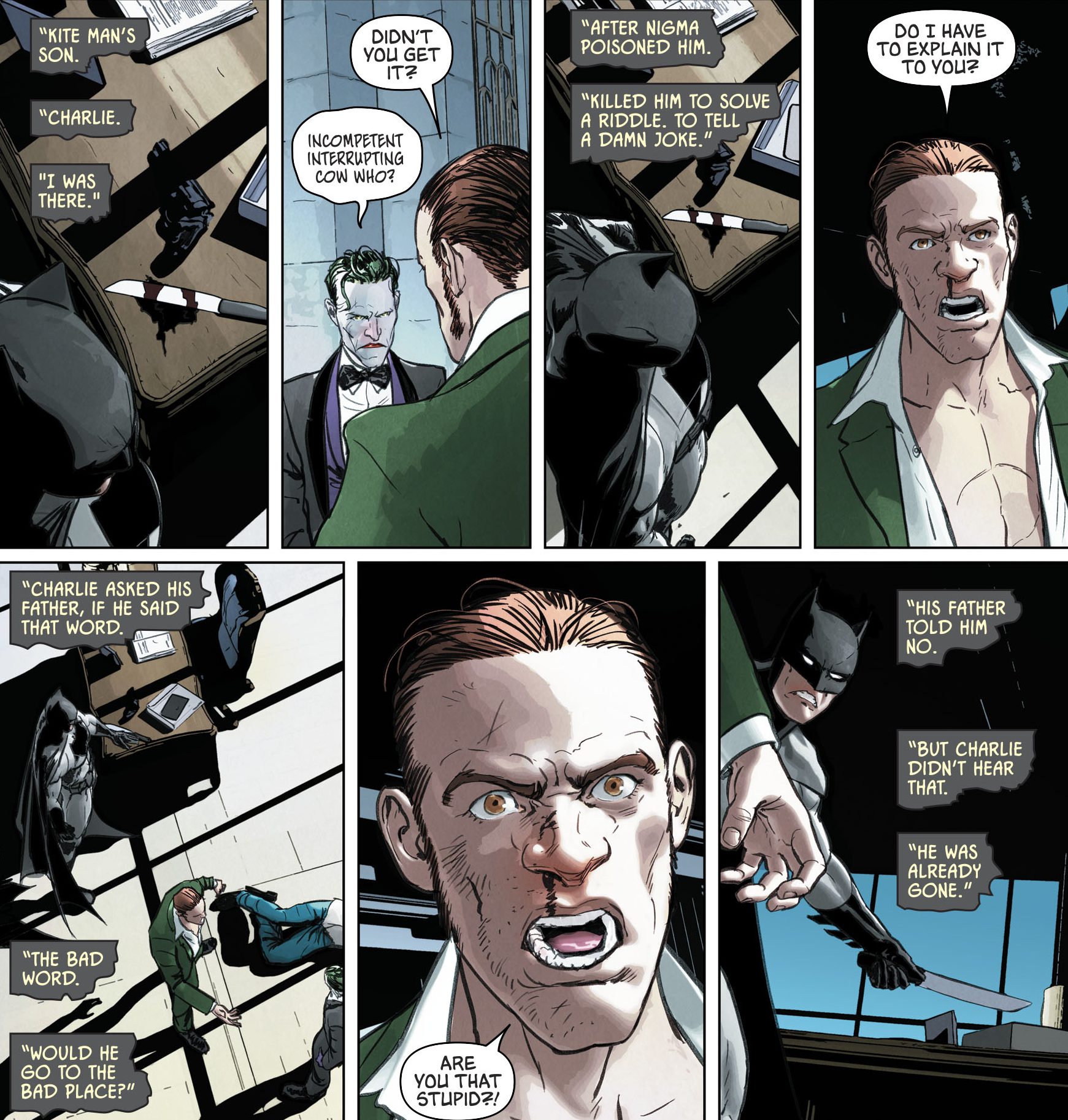 Batman having enough of Riddler’s ranting, picks up a knife, tells Riddler, “Hell Yeah,” and then thrusts the knife forward. However, Joker intervenes putting out his hand to stop the blade. The blade pierces Joker’s hand whose maniacal response is, “Now that…that’s funny!”

Is it true or false? Loki demands an answer!

This story originally appeared in the pages of DC Comics’ ongoing series Batman. The end of the War of Jokes and Riddles takes place within Batman #32 written by Tom King with artwork by Mikel Janin and colors by June Chung.

Share with your friends and family and see if they can see through Loki’s veil and figure out whether it is true or false.