“Remember the mantra. You are trapped in the Dark Multiverse. You need to find a way out. Now.”

Dark Nights: Metal is flipping the DC Universe on its head. But no hero has suffered more than the star of the show, Batman. Scott Snyder has been having fun with the caped crusader for over half a decade. However, most of his stories are fairly simple Batman adventures. His run has differed greatly from the existential, metanarrative that Grant Morrison crafted before and during Snyder’s run. Now Snyder is morphing the DC Universe into something truly twisted. Though Batman has suffered greatly at his hands, Snyder knows just how to build another story for the Wayne family library. 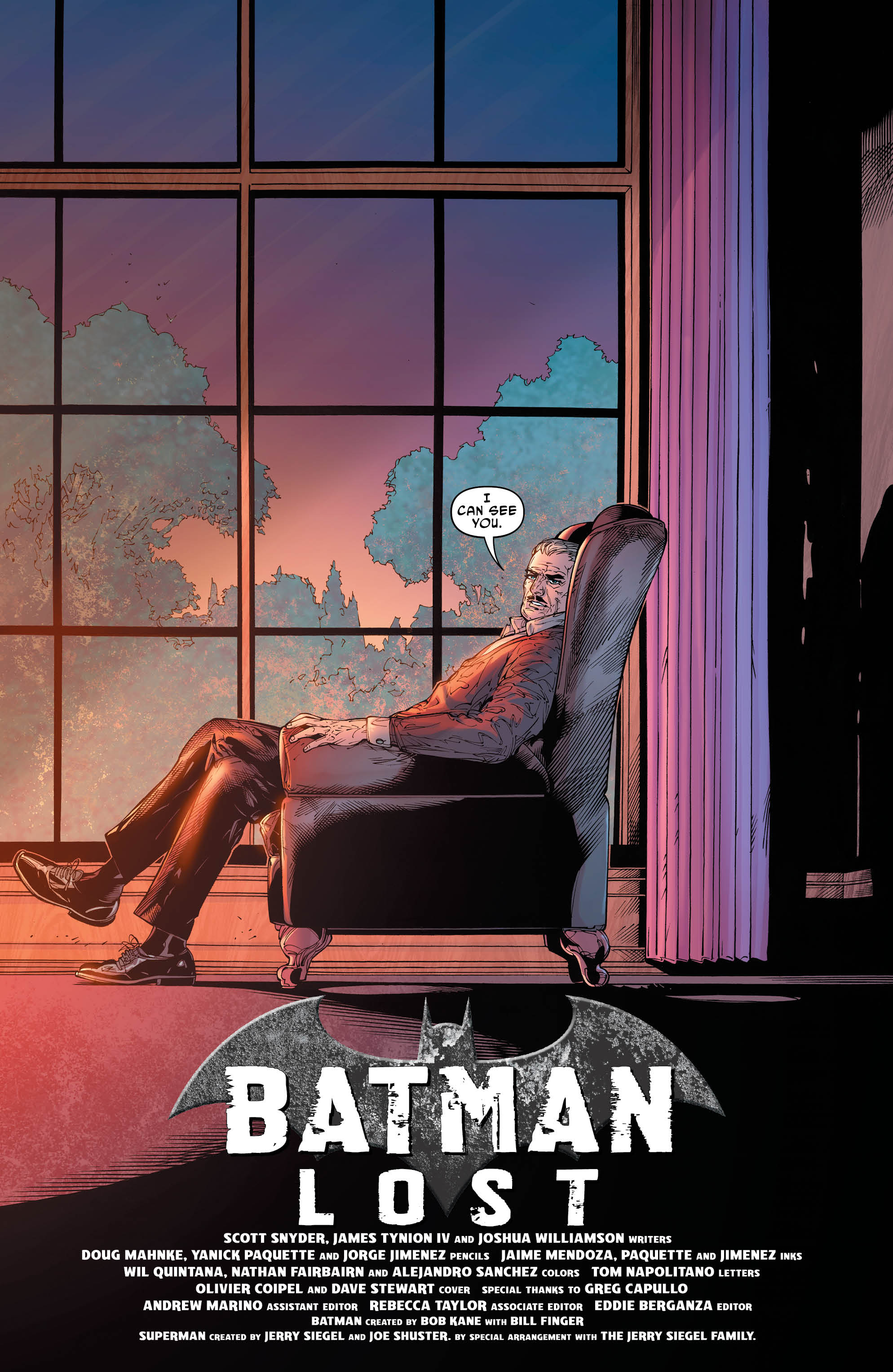 Batman Lost #1 is drawn by three different artists, but to great effect. Yanick Paquette, Doug Mahnke, and Jorge Jimenez each share a portion of the pages. They’re some of DC’s best artists and with good reason. Every story has its own identity and tone, making excellent use of each distinct style. Despite the fact that there are 10 people on the creative team of this 30-page comic, Batman Lost #1 is easily one of the best issues in the Dark Nights: Metal story.

“I don’t want to play with them. I want to hear a story.”

Batman is trapped in the Dark Multiverse, and he needs to find a way out. The words are a simple reminder embedded in the mind of the world’s greatest detective. As our hero ventures through time, space, and most likely hallucinations he keeps this message at the forefront of his mind. Snyder, Tynion, and Williamson have been the chief writers in the Dark Nights: Metal journey. Together, they create another amazing issue that blends the structure of Time and the Batman with the action and straightforward nature of The Court of Owls. 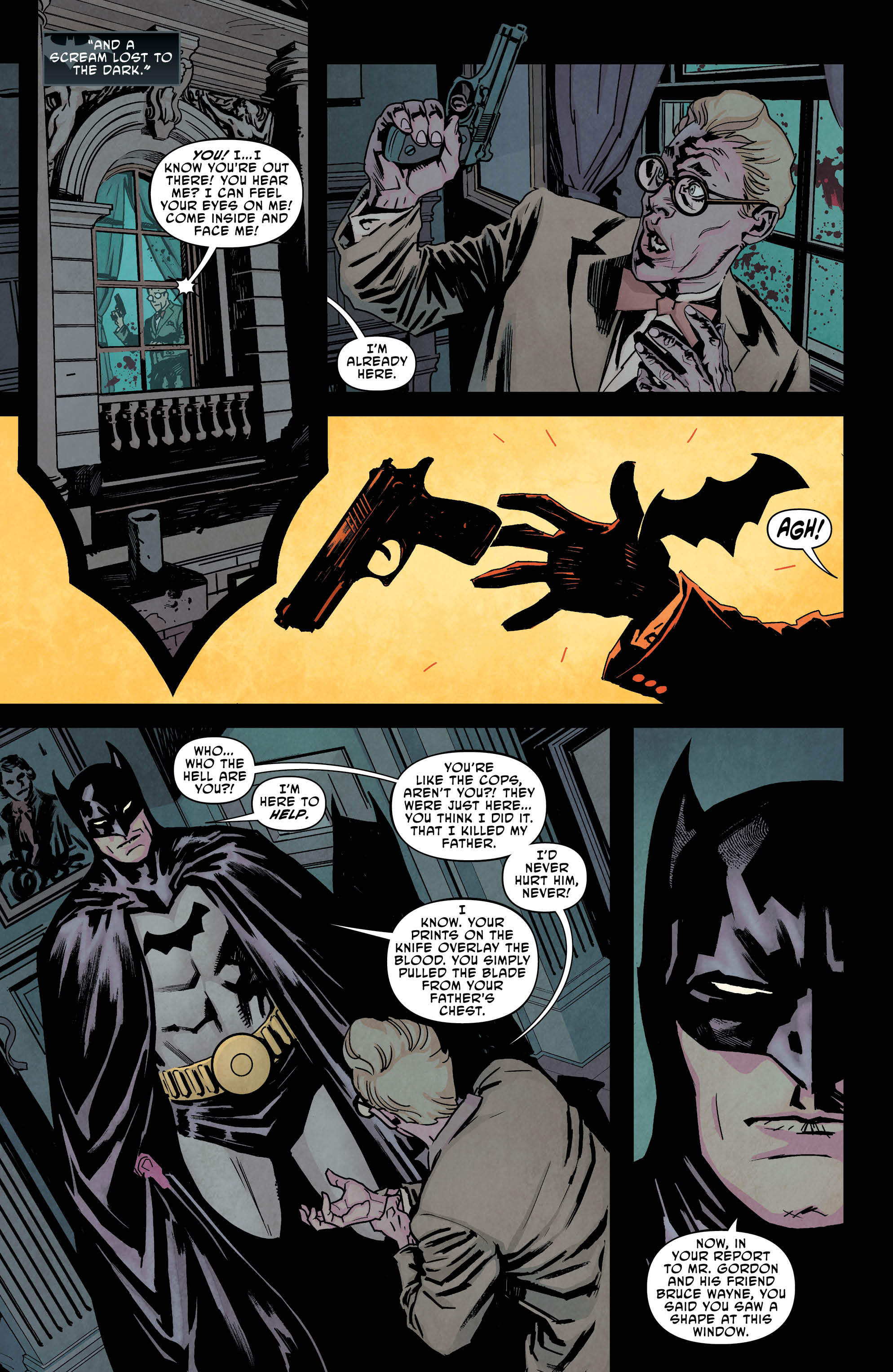 There are many depictions of Batman within these panels. Each of the artists gets to venture into their own world and create their vision for a specific Bruce. The story seamlessly shifts between these stories with the ease of a dreamlike slumber. Falling back and forth; deeper and deeper. But Bruce knows he needs to go up. Batman needs to escape from this loop simply meant to contain him. Behind the veil set before him lies the simple reminder embedded into his memory. The memory helps Bruce cling to reality instead of falling into the abyss of the Dark Multiverse.

“Hell, even then, half of them contradict each other.”

At first glance, Batman Lost #1 appears to be three different stories told by three different writers and three different artists. Instead, the comic is a true collaboration by some of the best DC has to offer. As the story unfolds each of the artists are tasked with venturing further into the rabbit hole and crafting a different or brand new aspect of Batman. Barbatos finally reveals himself to Bruce. In gorgeous pencils he rears his ugly head above the vastness of the universe. A display that helps this to become one of the most beautiful Batman issues in recent memory. 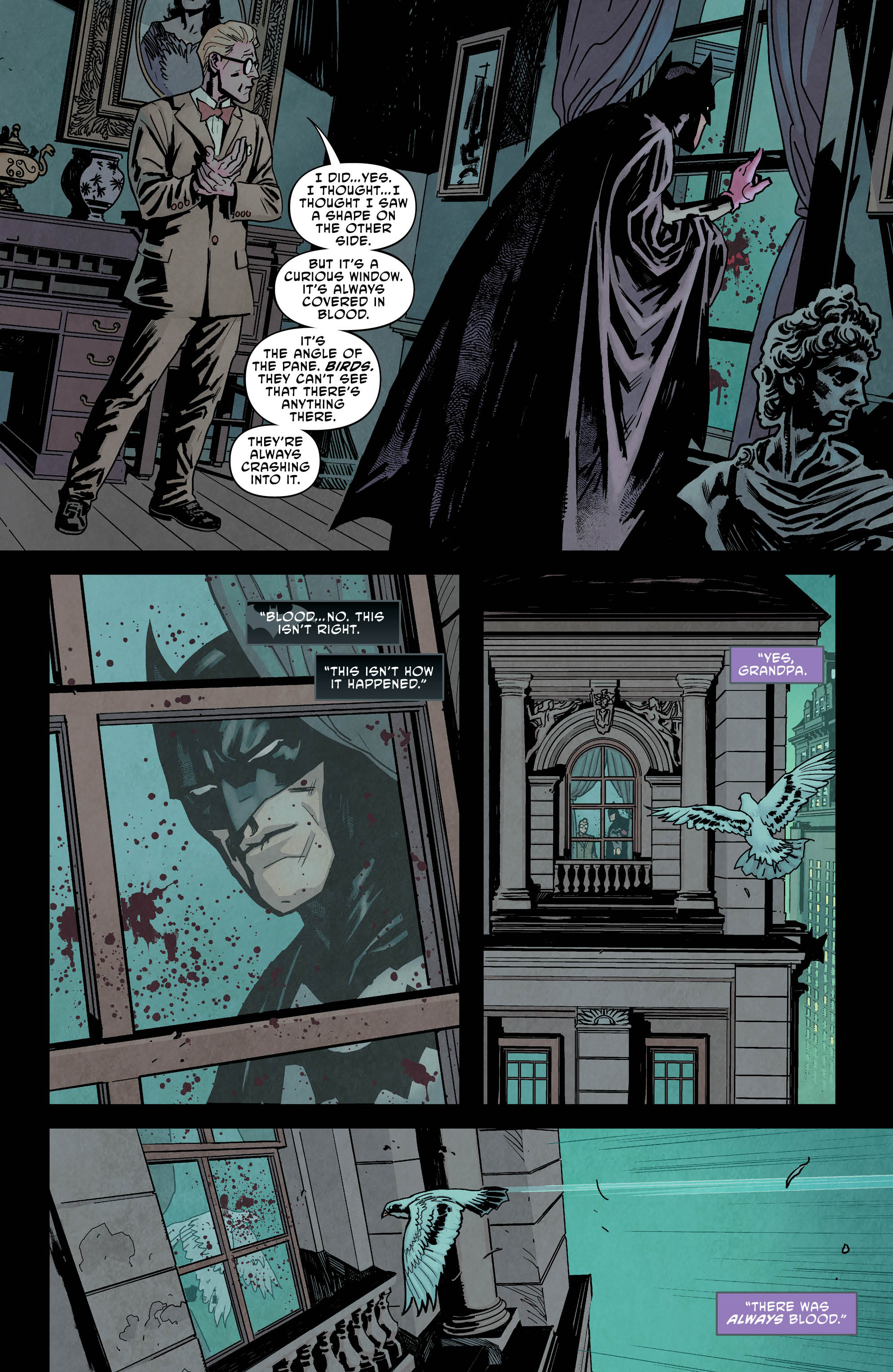 Wil Quintana, Nathan Fairburn, and Alejandro Sanchez each add amazing colors to their respective parts of the overall story. Without one singular colorist for the entire issue the visuals were in danger of creating too stark a contrast between the different artists. Instead, they compliment each unique segment of the anthology structure.

Scott Snyder’s rock opera continues to bleed its greatness across the heroes and villains of the DC Universe. This time, the tie-in may be better than the story from which it originates. Batman is trapped in the Dark Multiverse, and he needs to find a way out. This simple reminder plays through the mind of the dark knight as he attempts to maintain some sort of sanity. He has been ripped and torn from the world he knows and thrust into the weapon that will destroy it. He serves as the battery charging its power aimed at the Universe he knows and loves.

However, the Dark Knights know not to take him lightly. The hero is under a grand illusion that is keeping his very thoughts at bay. It’s an interesting concept that makes inspired use of its three artists Doug Mahnke, Yanick Paquette and Jorge Jimenez. They each elevate their part of the story to comic greatness, allowing for the overall story of Dark Nights: Metal to become even greater. May the age of Metal never end.