You heard it, didn’t you? The voice of none other than Kevin Conroy reading that line. The memory is just as fresh as the first time he uttered the phrase in the early 90’s, changing the animation world. [easyazon_link identifier=”B07FSRBWXK” locale=”US” tag=”boundingintocomics-20″]Batman: The Animated Series[/easyazon_link] is one of the greatest depictions of Batman. Ever. Thanks to the wonderful writing and animation staff that included geniuses like Paul Dini and Bruce Timm. Together they put together a legendary creation that is finally coming to Blu-ray. On October 16th the series is getting re-released in all of its’ high-definition glory, and everyone’s excited. That includes the amazing cast and crew that brought the amazing show to life.

Thanks to the folks over at DC and Warner Bros. Animation, Bounding Into Comics took part in several round table interviews with the cast and crew of the series. This included many of the amazing people that put the series together including: Andrea Romano, Loren Lester, Eric Radomski and Harley Quinn Co-Creator Paul Dini!

However, the most exciting of all was Kevin Conroy, the voice of Batman. Here’s our brief chat with the incredible actor. 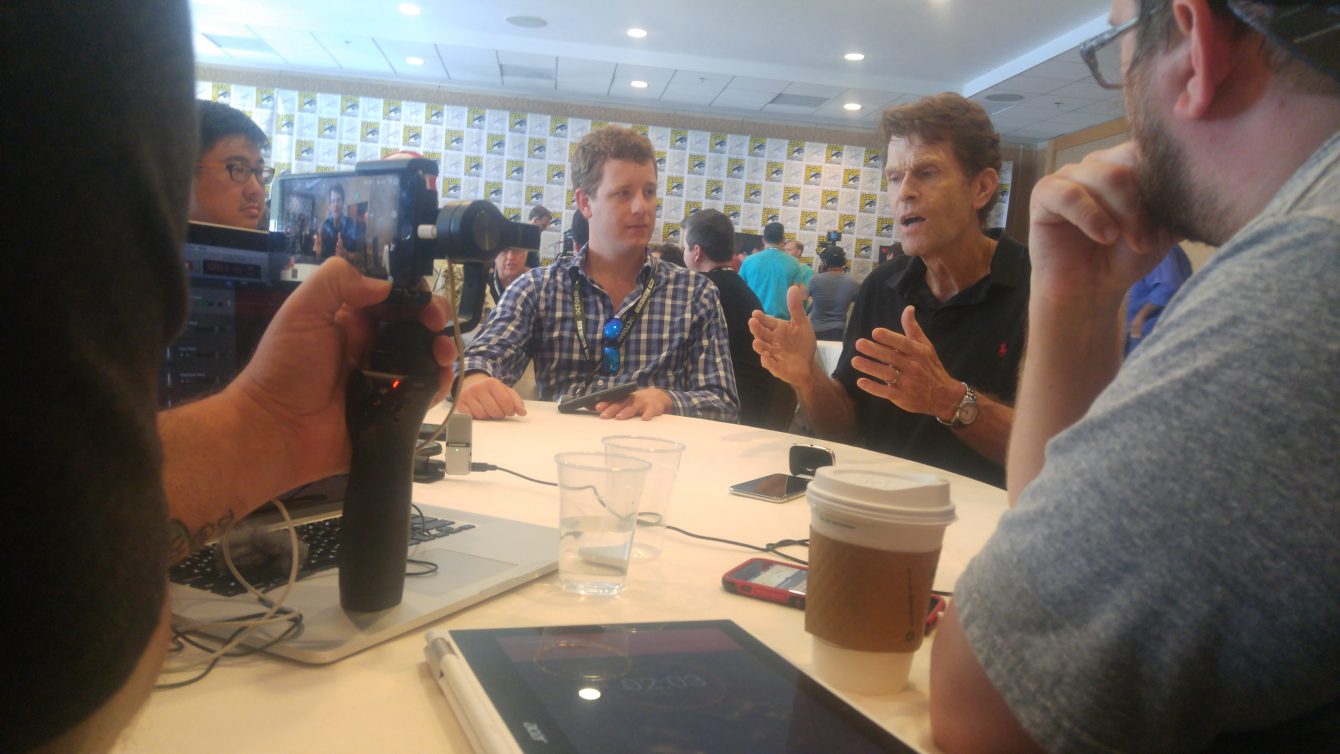 Bounding Into Comics (BIC): What was the process of making the character your own?

Kevin Conroy (Kevin): You know it was the first animated character I ever auditioned for, which doesn’t happen. I was a New York actor who happened to be in LA. I was there on another job before the voice over agency at Warner Bros. contacted me about the job, so it was a true Hollywood moment. As an actor in a booth using his imagination and nailing it. And that doesn’t happen, it might happen in movies, but it doesn’t happen in real life so I was just so fortunate to have that. I think it helps that I didn’t know a lot about Batman, the most I knew about him was from the Adam West show. Which was not what they were doing. They were going to war, dark, gritty, Legends Of The Dark Knight going back to that stuff. So I just improvised on the spot. And it led to 27 years of work.

BIC: What do you miss most about making the show?

Kevin: The Cast. That’s what made the show so beautiful. Aside from the great stories, aside from the painted stills, all the artwork, the full symphony score. Everything about this show was top notch. Which is why it’s still so great.

BIC: Eric [Radomski/Producer on Batman: TAS] said they were like mini-movies..

Kevin: Each one of them were like mini-movies! They never talked down to the audience. No one ever did it like, “this was a kids show.” Everyone was always like, “this is theater.” It was always like a booking and Andrea [Romano] had a system of getting all the actors together, which doesn’t happen. But at Warner Bros. we always came in a group. So Mark [Hamill] is the most generous actor as the Joker. And he would make me such a better actor. 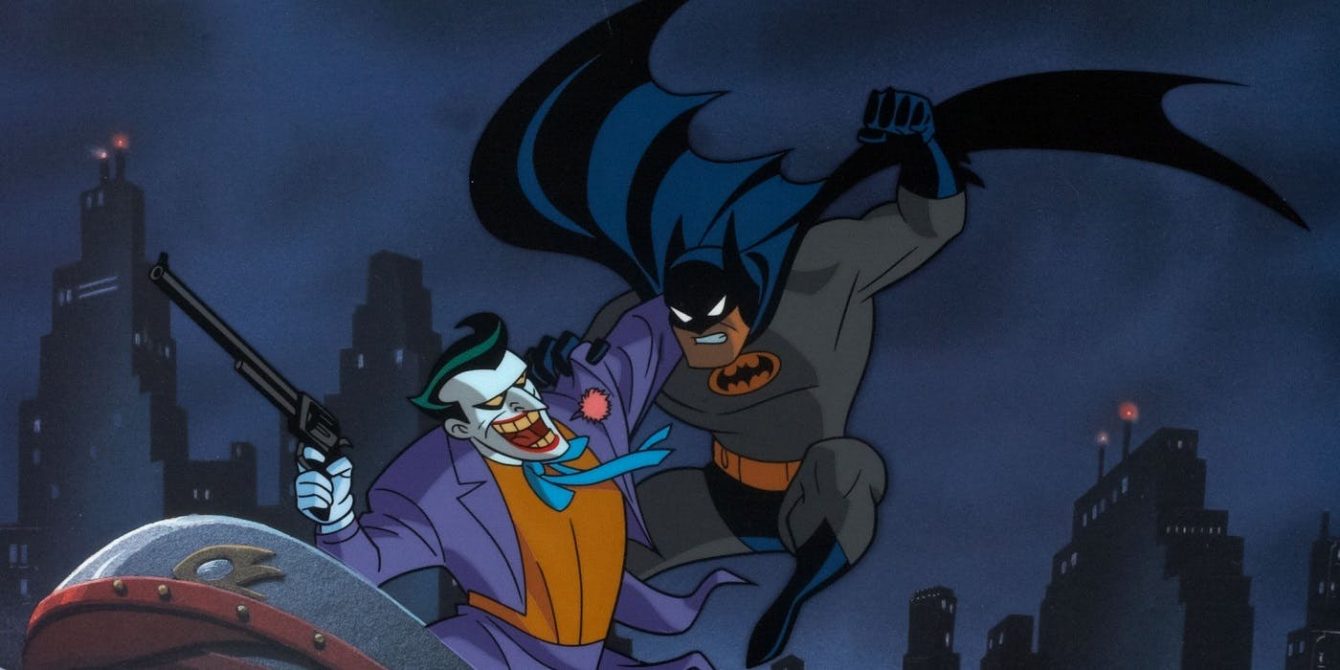 Then he would say to me that I would give him more material. So there was this symbiotic relationship. And then that would happen with John Glover [Riddler], and Roddy McDowall [Mad Hatter], and Adrienne Barbeau [Catwoman] and Mark and me. The cast was just a who’s who of who was working in Hollywood in the 90s.

On the 100th episode, Warner Bros. took out a two page ad in Variety to thank everyone who worked on the show, I still have it. It was breathtaking to look at all the names that had been on that show. Because when you’re doing show by show by show you don’t think about who’s been in each one. To see them all lined up there alphabetically…I thought, ‘this is an amazing group of actors they put together for this.’ Andrea had no problem booking actors because everyone wanted to do that show. Word got out how much fun these bookings were. Everyone wanted to come in. So I got to work with amazing people over the years. So what do I miss most? The cast.

BIC: Looking back at your career, what’s the best part about playing Batman?

Kevin: What he means to the audience. He is such a noble character. The wonderful thing about Comic Con, which I love attending, is that you get to interact with the audience. I’m a stage actor, that’s half the reason I’m an actor. I love that feeling from the house at night. It’s like a drug you just loved it. And when you record in a booth you never get any of that. You do the best you can to fill out the character, flush out the character but you never have that answer. That communication with audience. And you go to Comic Con so you get it. And the stories that I hear from people.

People that just want to hug me. And say you have no idea what you got me through as a child. You have no idea what my house was like. You saved me. That man was my hero. Batman was the noble place I would go to every afternoon. That’s an amazing thing to be a part of, you know? 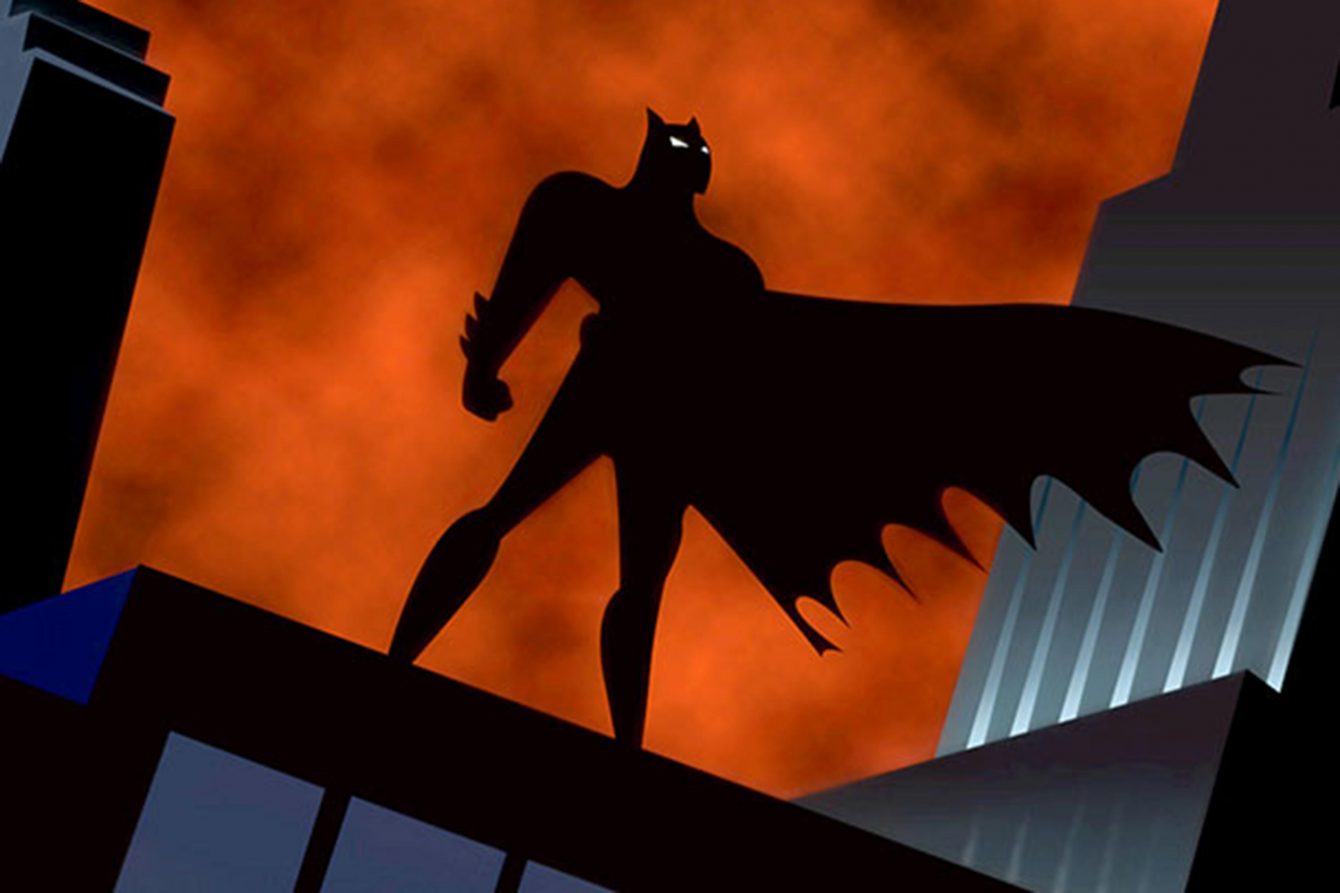 When you’re a voice of an animated character you really live in people’s imaginations, much more than the live-action actors. Which is why I have a leg up on them, because I don’t have to deal with this. I get to create internally with my voice and then it lives through the cartoon. and he is an animated character. He lives in people’s imaginations. When you live in someone’s imagination you’re in a very intimate place. Especially when their children growing up with the characters. So that’s the thing I’m most proud of. Is what he resonates with the audience.

BIC: I heard Andrea convinced you to audition for Batman in lieu of Joker, have you ever imagined a world in which you would be the Joker?

Kevin: [Laughs] Being a typical actor you know, I go into this audition, and I nail Batman. But I’m looking at the script and going ‘you know Bullock is a much more interesting character’, ‘Commissioner Gordon even that would be fun to do’, the Joker… I could do a really good New Yorker cop, and Andrea goes, ‘Kevin shut up! You want the role that is in every episode.’ But Bullock is so much fun and she would say shut up, you’re going to talk yourself out of this roll!

Unfortunately, he was pulled away before he got to finish his story. The idea of a Kevin Conroy Joker is certainly interesting, but it sounds like he was always destined to be the Caped Crusader.

His obvious appreciation for the fans and the character is clear and confident. It’s inspiring to hear about someone falling in love with a character after being cast in the role. But let’s not forget, Batman wasn’t exactly the Batman he is today before they made the series. Because Batman: The Animated Series changed the character and the animation world forever.

Thanks again to Kevin Conroy for taking the time and the folks at Warner Bros. and DC for putting this together. Batman The Animated Series finally comes out on Blu-ray on October 16th.