Marvel Studios Captain Marvel has earned over $779 million at the global box office, but only $270 million so far at the domestic box office. The film has been in theaters for two weeks so far, and still very far from reaching Disney’s rumored projected total domestic box office haul of $450 million.

As we previously reported, our source sent us Disney’s projected domestic box office take which indicated they were expecting the film to gross $450 million domestically after a $150 million opening weekend. 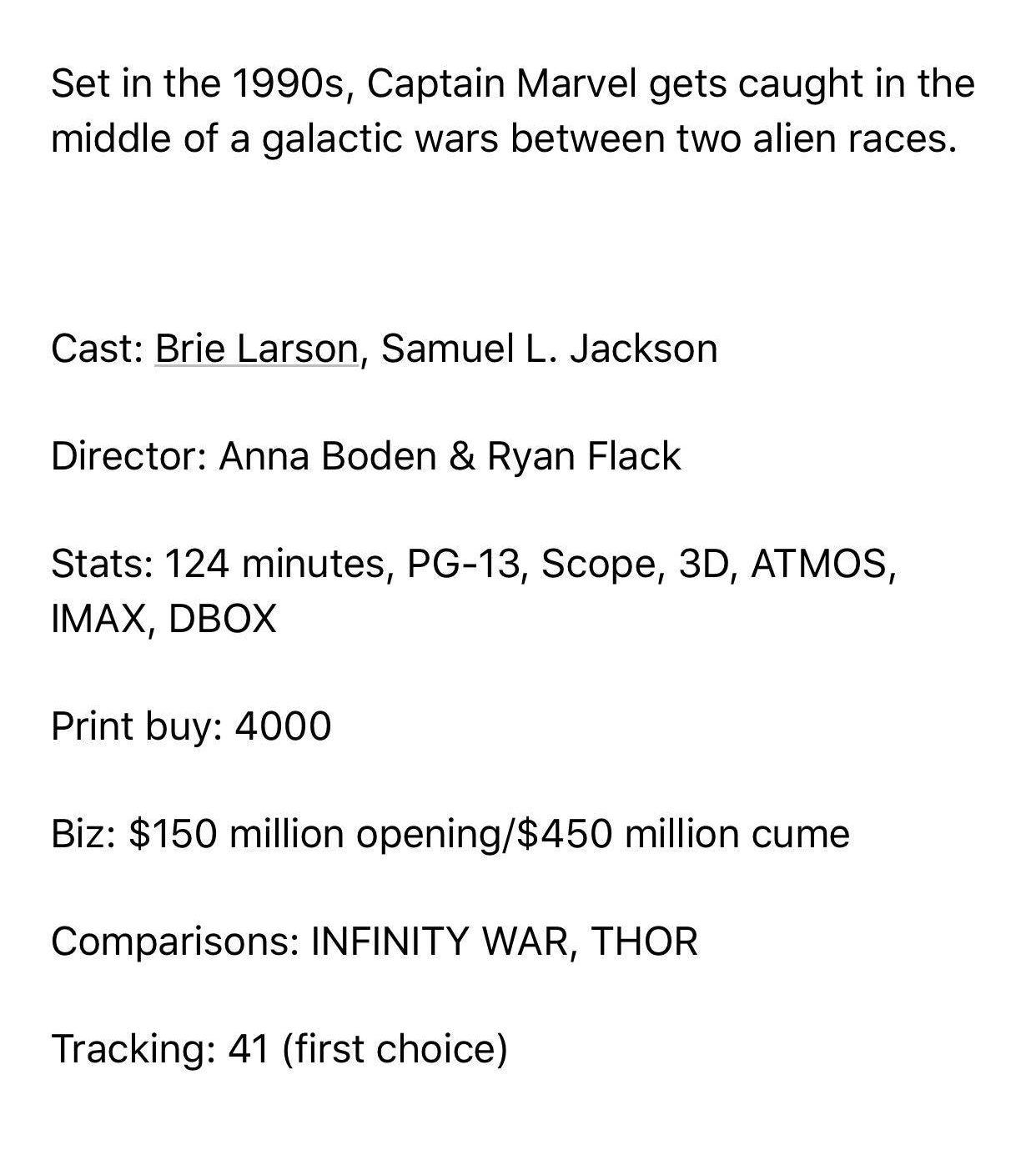 The film hit Disney’s opening weekend projection bringing in a reported $153 million. It would see a 55% drop in its second weekend only bringing in $67 million.

For comparison sake, Wonder Woman brought in $412 million in domestic gross over the course of its run in theaters. The film opened up to $103 million and would bring in $58 million its second week, only a 43% drop. Wonder Woman would earn $206 million by the end of its second weekend. The movie would stay go on to earn over $200 million more throughout the summer.

Captain Marvel has also generated its fair share of negative media with Rotten Tomatoes radically changing their website to remove their “Want to See” score from the website. They also removed commenting on a movie before it hit theaters. Not only did they redesign their website, but when Captain Marvel initially released the site scrubbed around 50,000 reviews from the platform.

Captain Marvel actress Brie Larson was responsible for her own fair share of negativity surrounding the film. Larson injected her own personal politics into the marketing of the film even describing the film as her form of activism.  She would go on to make cracks about the patriarchy, and describe the film as promoting intersectional feminism. But maybe the biggest piece of controversy Larson brought upon herself was her comments about wanting fewer white men to review Captain Marvel and cover the film on her press tour.

It’s definitely still possible for Captain Marvel to hit the $450 million mark, but it’s going to need to have Wonder Woman like longevity, and I just don’t see that happening as we get deeper into March and April when the film will face some competition at the box office with Shazam!, Hellboy, Dumbo, and others providing stiff competition.

Do you think Captain Marvel will hit the rumored domestic box office mark of $450 million? If it doesn’t hit that mark what do you think might be the reason?