DC Comics’ Supergirl and Superman: Leviathan Rising Special writer Marc Andreyko took to Facebook to declare he was “disappointed and sickened by white men and the 54% of college educated white women who voted for trump. [sic]”

Andreyko made the comments on Facebook during a discussion surrounding the recent abortion laws in Alabama and Georgia.

The discussion eventually saw two users blaming men for what they viewed as an attack on the current Roe v. Wade Supreme Court Decision. Andreyko initially weighed in to dispute the generalization being made that all men are bad.

Andreyko would write, “Waitaminute. [sic] you are complaining about the south and Midwest being generalized and then you talk about all men being bad? huh?” 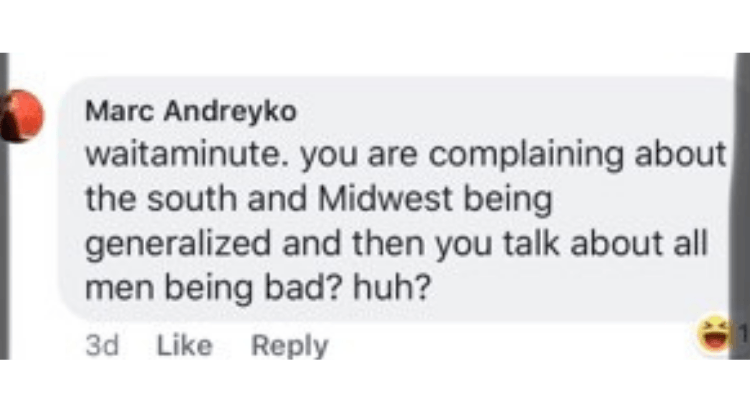 However, Andreyko would quickly be criticized. One person told him there is a difference between people making jokes about people from Alabama and “people about to lose their reproductive rights.”

Facing the criticism Andreyko would respond by writing:

“oh, I am incredibly disappointed and sickened by white men and the 54% of college educated white women who voted for trump. this [sic] insane attack of Roe v Wade is despicable and will cost lives.”

He would go on to warn against generalizing people into large groups.

“I was referring to you being upset with people lumping “the south” in as one big group while you did the same thing about “men”. if we’re gonna complain about the Right slathering a huge group with one bursh, we on the Left have to be careful about using the same rhetoric.” 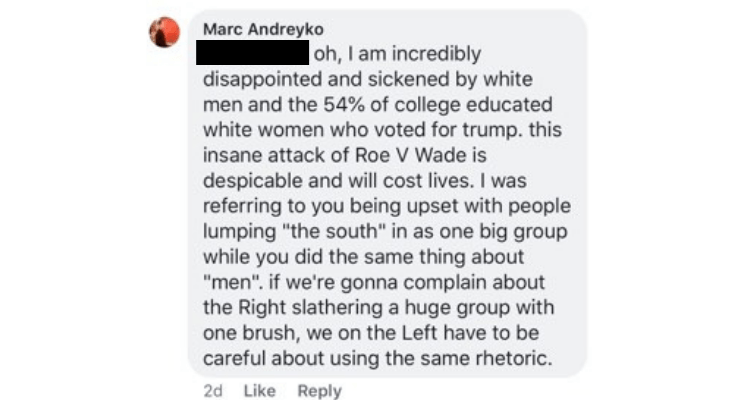 Andreyko’s comments are the latest in a string from DC Comics and Vertigo Comics creators.

What do you make of Andreyko’s comments? Will his comments affect whether or not you pick up DC’s Superman: Leviathan Special or check out Supergirl?