However, in what now appears to be a deleted comment Boyega thew some shade at the Disney sequel trilogies. Boyega wrote, “Why tf we ain’t get that in Star Wars.” 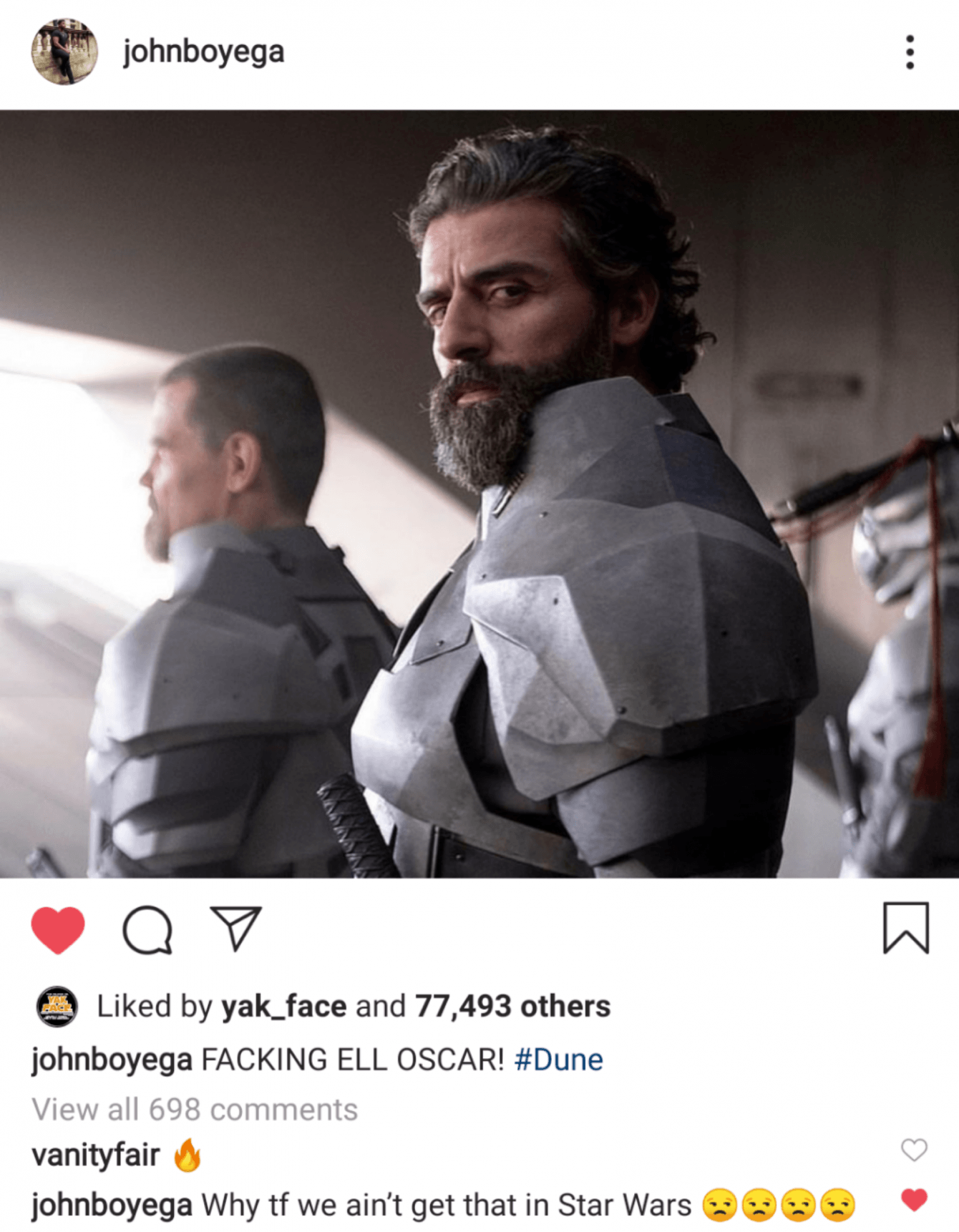 i must be true to my namesake… i love you john boyega pic.twitter.com/VrEx9eLAza

I fucking love John Boyega, his character deserved far more then what we got. pic.twitter.com/I1qxi3A5WO

god, john boyega is truly the only celebrity i do not despise pic.twitter.com/TnZj3f6hA1

He responded to a fan who indicated his character was robbed in the Disney trilogy and it would have been great to see his character go from a First Order trooper to a Jedi.

@JohnBoyega was honestly robbed of so much in Star Wars. A former stormtrooper turned Jedi would have been some GOAT level plot work

Boyega is no stranger to throwing shade at the Disney sequels. Back in December he detailed that he did not agree with many of the choices made in The Last Jedi. In fact he described Finn’s role in the film as “a bit iffy.”

Boyega told Hypebeast, “The Force Awakens I think was the beginning of something quite solid, The Last Jedi if I’m being honest I’d say that was feeling a bit iffy for me.

He added, “I didn’t necessarily agree with a lot of the choices in that and that’s something that spoke to Mark [Hamill] a lot about and we had conversations about it. And it was hard for all of us, because we were separated.”

He even noted that even after the trilogy, the three main characters in the film are still relatively unknown, “I do feel even after three films still, we don’t know them as much as we got to know Han, Luke, Leia. And maybe that’s a great opportunity to get to know them a little bit more.”

Boyega responded to one Twitter user who wrote, “They really did Finn dirty. He has the most interesting backstory of all the new characters and they decided to push him to the side instead. It sucks.”

They really did Finn dirty. He has the most interesting backstory of all the new characters and they decided to push him to the side instead.

I really didn’t know many fans felt this way 😩😩😩😩

What do you make of John Boyega’s recent comments regarding Star Wars?