Sophie Turner, best known for her roles in X-Men: Dark Phoenix and Game of Thrones, recently took part in a Black Lives Matter protest in Mammoth Lakes, California alongside her husband Joe Jonas.

While at the protest Turner held a sign that read “White Silence is Violence.”

Turner chronicled her protest via Instagram where she shared two photos and a video. In the first photo you can see the protestors are lying face down on the ground with many of them with their hands placed behind her backs.

She captioned the post writing, “We stand, we kneel, we lay down with you”. 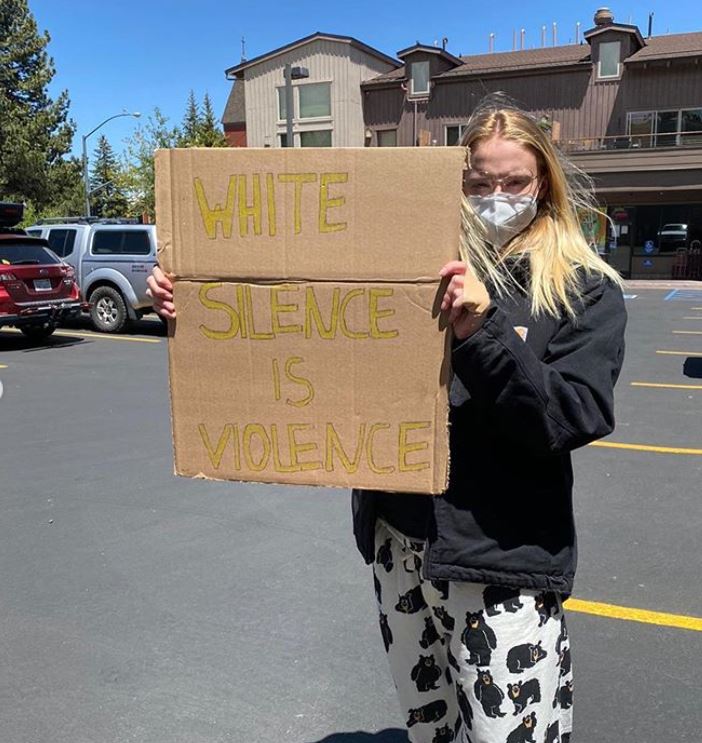 Finally, in the video you can hear Turner chanting with the crowd as they say, “No justice, no peace.” Many of the protestors are also kneeling down.

As reported by Fox News, Turner would also respond to a person in the comments who questioned, “I mean they’ve been arrested and charged with murder so there’s justice, soooo can we have peace now?”

She added, “This is about changing the system. Justice will be done when society reflects our beliefs that we are all equal. Until then there should be no peace.”

Joe Jonas would also share photos and videos from the protest.

In the post she wrote, “My heart is heavy. I stand in solidarity with those speaking out against racism and fighting for justice and equality. Silence is not an option.”

She added, “While my voice is not one that needs to be heard, I want to highlight some of those we should listen to -”

She goes on to list a number of people including Colin Kaepernick, Tamika D. Mallory, and Emma Dabiri.

They claim on their website, “We disrupt the Western-prescribed nuclear family structure requirement by supporting each other as extended families and “villages” that collectively care for one another, especially our children, to the degree that mothers, parents, and children are comfortable.”

The group has also made defunding the police one of their top priorities.

Many white ppl tried to overshout BLM organizers last night as we created space for Black Joy, and while we held DC police accountable by uplifting the names of the Black people they have killed here. Lets be clear, our demand is to defund the police in DC by any means necessary. pic.twitter.com/G9bzVdfhKM

We stand together with @Mvmnt4BlkLives. Overfunding the police leads to mass incarceration and a lack of resources for the things that matter: housing, education and healthcare. When we redirect funding, lives improve. #DefundPolice #BlackLivesMatter pic.twitter.com/uaYAzriSfQ

Turner would also share a Change.org petition via her Instagram stories which promoted the “Hands Up Act.”

The petition was created by Travis Washington and he is proposing legisltation “that prohibits police officers from shooting unarmed citizens.”

Washington adds, “If there isn’t a weapon found after someone has been shot (therefore, unarmed) by a police officer, then I propose that the officer should receive a mandatory 15-year prison sentence.” 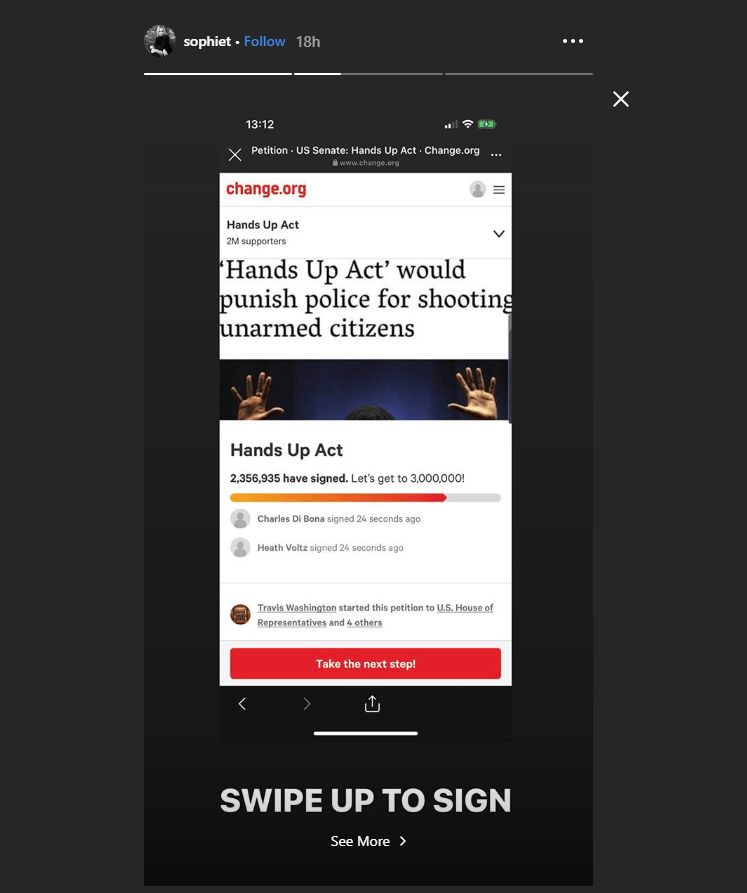 Turner appears to be doing more activism than actual acting as of late. In May 2019 she declared that she would not work in states with pro-life laws and had signed onto a letter indicating so.