Artist Third Age Art recently showed off what actor Marcus Rutherford could look like in the upcoming Wheel of Time series as Perrin Aybara.

They made the announcement on Twitter with a quote, “It was about a man whose family was taken from him, but who stood tall in his sorrow and protected those he could.”

Rutherford was then announced as Aybara. 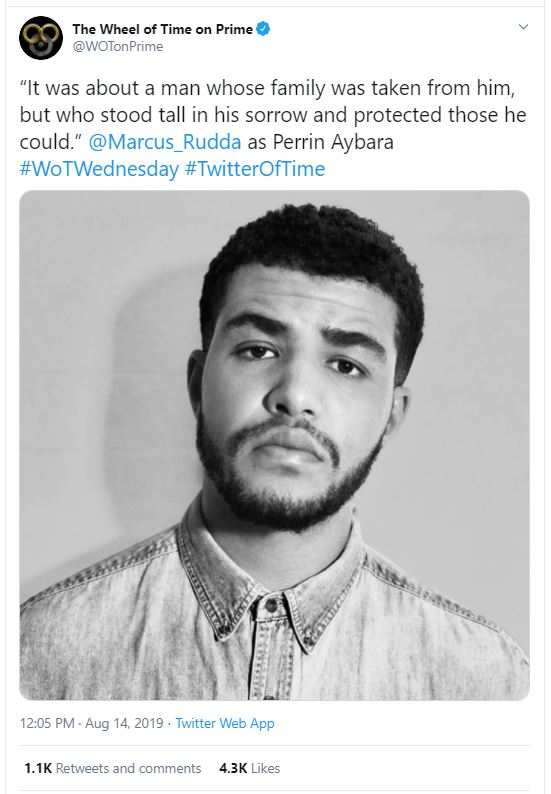 Wheel of Time creator and author Robert Jordan  described Aybara in the first book in the series, Eye of the World. He wrote, “Half a head shorter than Rand, the curly-haired blacksmith’s apprentice was so stocky as to seem a man and a half wide, with arms and shoulders thick enough to rival those of Master Luhhan himself.”

Jordan continued, “He could easily have pushed through the throng, but that was not his way. He picked his path carefully, offering apologies to people who had only half a mind to notice anything but the peddler.” 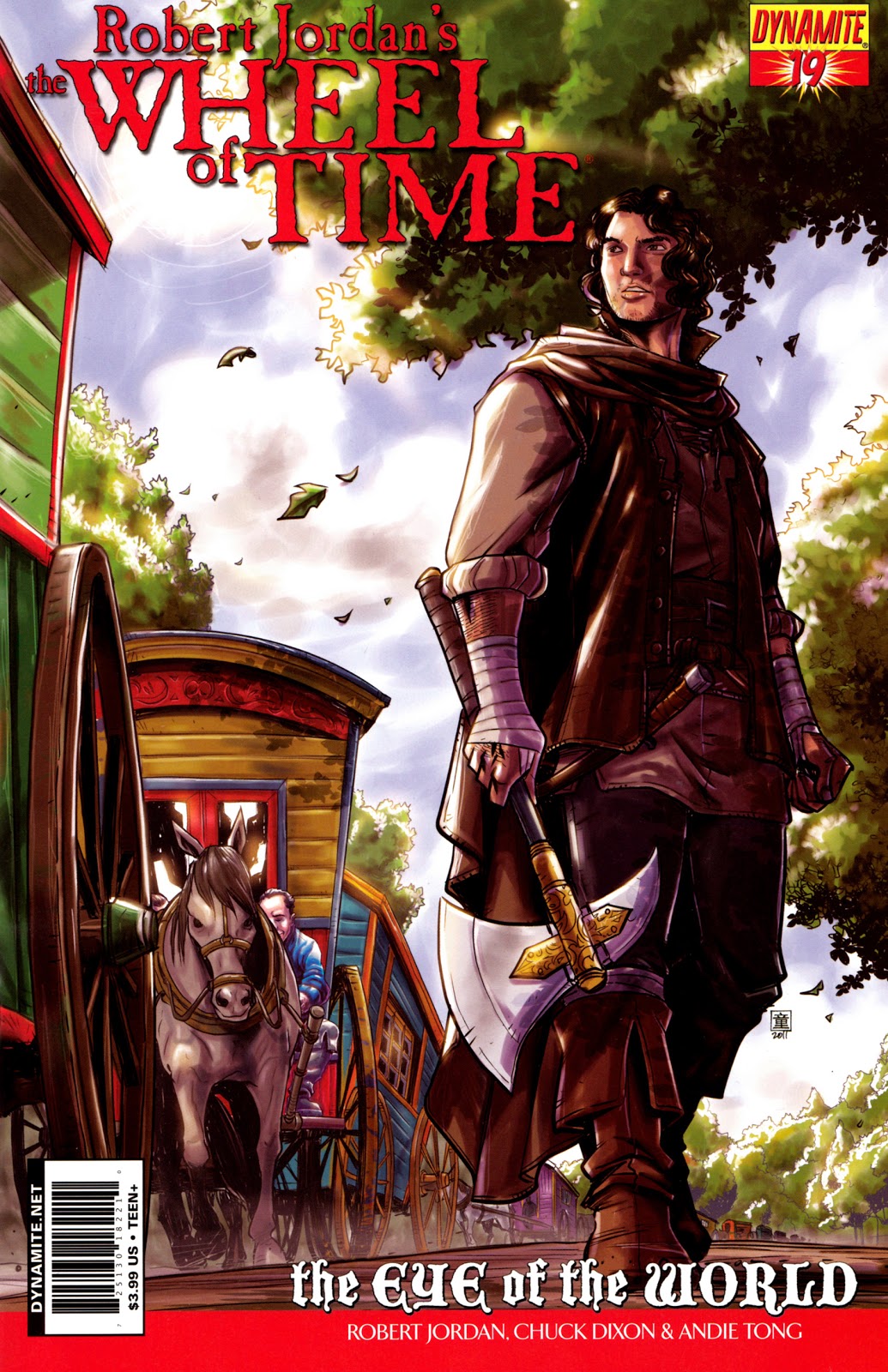 Later in The Eye of the World, Min would also describe Perrin saying, “The strongest things I see about the big, curly-haired fellow are a wolf, and a broken crown, and trees flowering all around him.”

Perrin’s physical appearance would eventually change over the course of The Eye of the World. After being separated from his Two Rivers friends, Perrin would eventually travel with Egwene before reuniting with Rand.

When he reunited with his friend, Rand notices that Perrin’s eye color has changed from its brown to a yellow. Robert Jordan writes, “Perrin raised his head to look at her, and Rand gave a start. The irises of his friend’s eyes were more yellow than brown. With his shaggy hair and the intensity of his gaze, there was something about him….Rand could not grasp it enough to make it out.”

Artist Third Age Art would share a mock up of what Marcus Rutherford will look like as Perrin Aybara.

He captioned the photo writing, “Perrin is one of my favourite characters the Wheel of Time. I absolutely live his story arc. There are so many amazing aspects to it.”

“I’ve heard many complain about the later aspects of his story, his relationship with Faille and the role he plays in the final battle,” he added.

He then wrote, “I personally love his challenging relationship with his wife. I enjoy the dynamics between them very much. His journey from blacksmith to king is great too. I love how RJ writes him as mostly internal, we see his character in how he relates to others. This is very cool and will present challenges in film.”

“But I think Marcus Rutherford @marcus_rudda has the acting chops to carry his journey and the nuances of his character well,” he concluded.

A couple of days later, Third Age Art would share another image of Rutherford as Aybara alongside his wolf companion Hopper.

Third Age Art wrote, “I had fun working on this piece. It was a good challenge.”

He then detailed the goals he had for the piece. His first goal was to “push myself to incorporate a background to contextualize the characters a bit.”

Next, he wrote, “Have a strong focal point.”

“I wanted to paint a wolf. Hopper was the natural choice,” he wrote next.

Third Age Art concluded, “I wanted to try and treat the piece in a bit of a looser fashion than I normally do. Really inspired lately by the works of Greg Manchess and John Singer Sargent.”

What do you make of Third Age Art’s imagining of Marcus Rutherford as Perrin Aybara? Do you think this will be what we will see in the show?