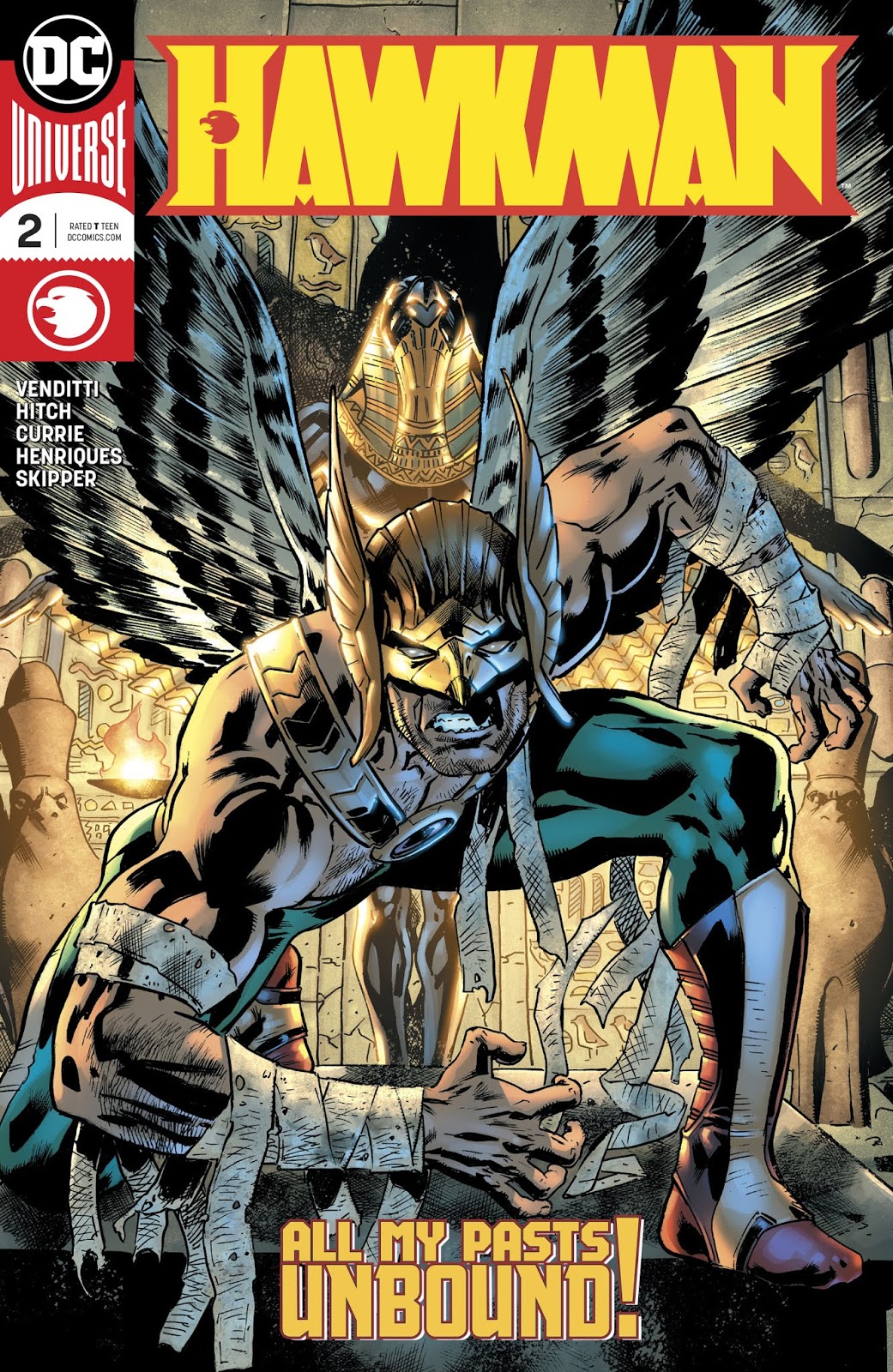 Hodge confirmed the casting on Instagram posting a photo of Hawkman soaring the air.

He wrote on the post, “So the cat’s out of the bag. The Rock, it’s going to be an honor to join you, Noah Centineo, and the Black Adam/DC Universe family.”

They wrote, “Aldis Hodge, who starred in City on the Hill and appeared in this year’s remake of The Invisible Man, has nabbed the high-flying role of Hawkman in Black Adam and is now in final negotiations to join New Line’s action-adventure thriller featuring the DC Comics antihero starring Dwayne Johnson.”

Hawkman is one of DC Comics’ oldest characters first appearing in Flash Comics #1 back in January 1940. The character was created by writer Gardner Fox and artist Dennis Neville.

In his first appearance, Hawkman and his alias Carter Hall is shown as a tall blonde white man. 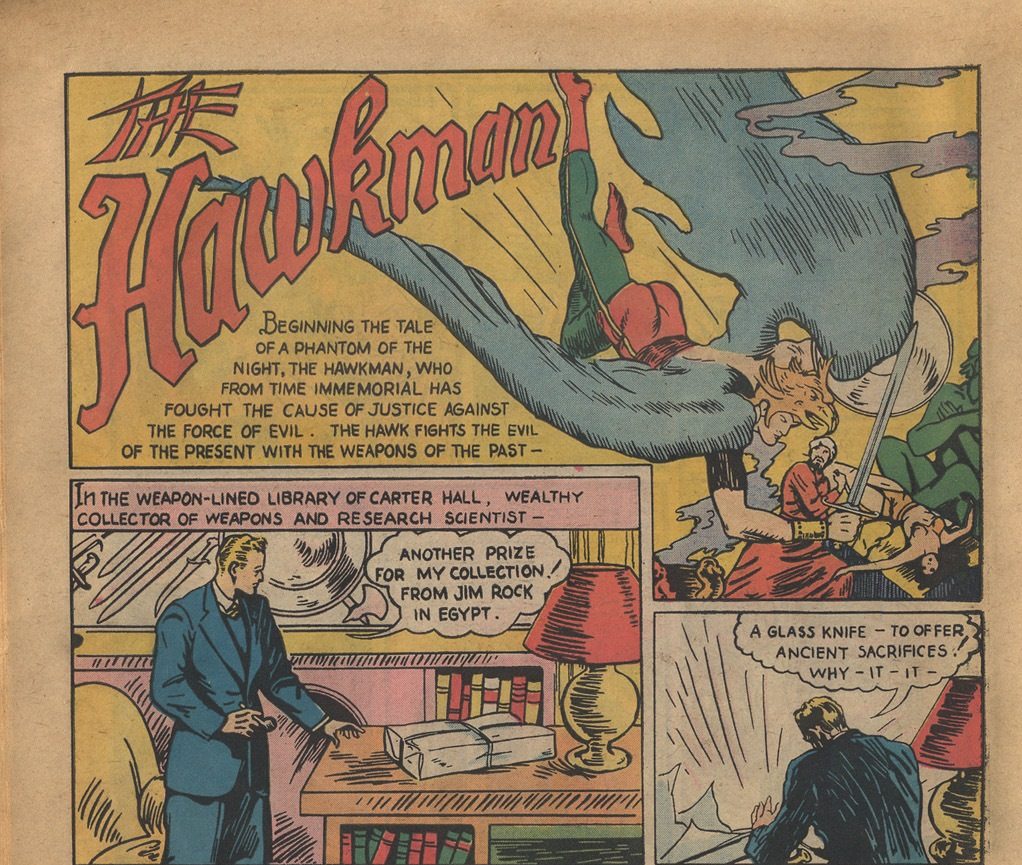 Not only is he a tall, blonde white man, but it is also revealed that he is the reincarnation of Prince Khufu, who was murdered by the evil Hath-Set.

Along with the revelation that he is the reincarnation of Prince Khufu, he’s also The Hawkman, or Peril of the Night, “whose extraordinary powers are derived from Carter Hall’s discovery of the secret of the ages – the ninth metal – which defies the pull of the Earth’s gravity.” 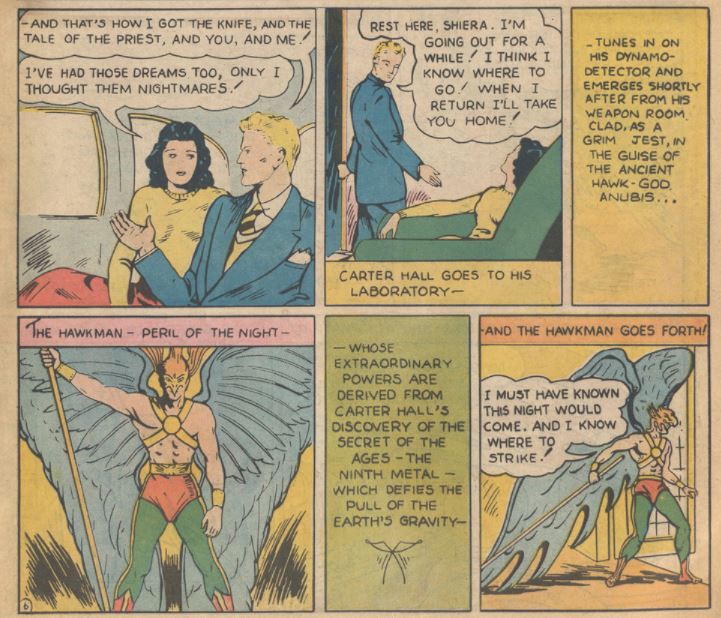 Katar Hol was first introduced in The Brave and the Bold #34 by writer Gardner Fox and artist Joe Kubert in 1961.

In his first appearance he’s a white a white man with dark black hair and his and Shayera’s Hawk suits are actually Thanagarian police uniforms.

The most recent version of Hawkman was introduced during the DC Rebirth line, where the character received his own series in 2018.

In that series, Hawkman is once again the alter ego of Carter Hall, an archaeologist, scholar and preserver of history. And like the character’s original incarnation, he’s also Prince Khufu reincarnated. 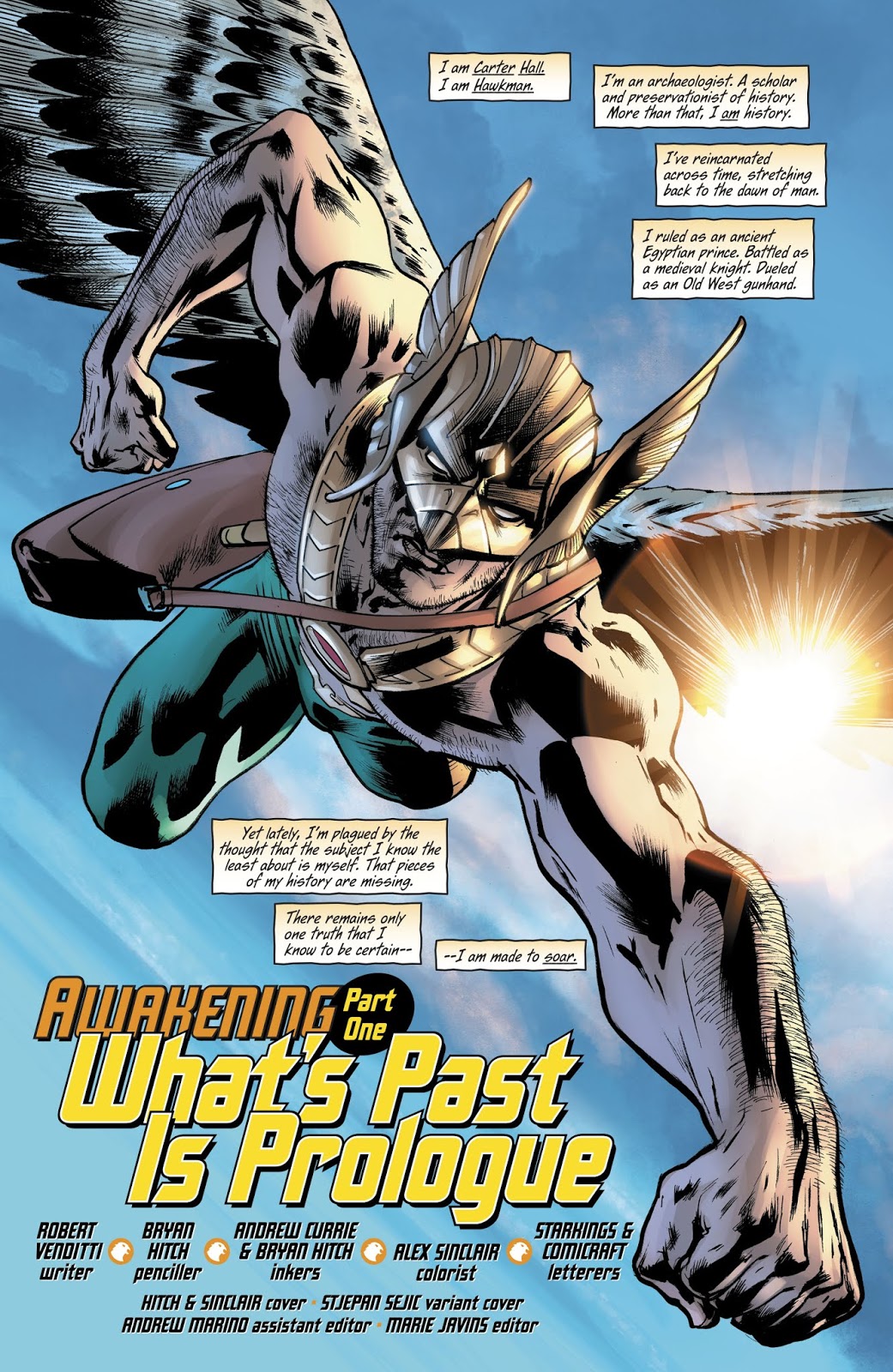 And as you can see in the image above, he’s also white.

However, the book would also reveal that Carter Hall is also the reincarnated version of Katar Hol of Thanagar as well as dozens of other Hawkmen of various races and ethnicities. 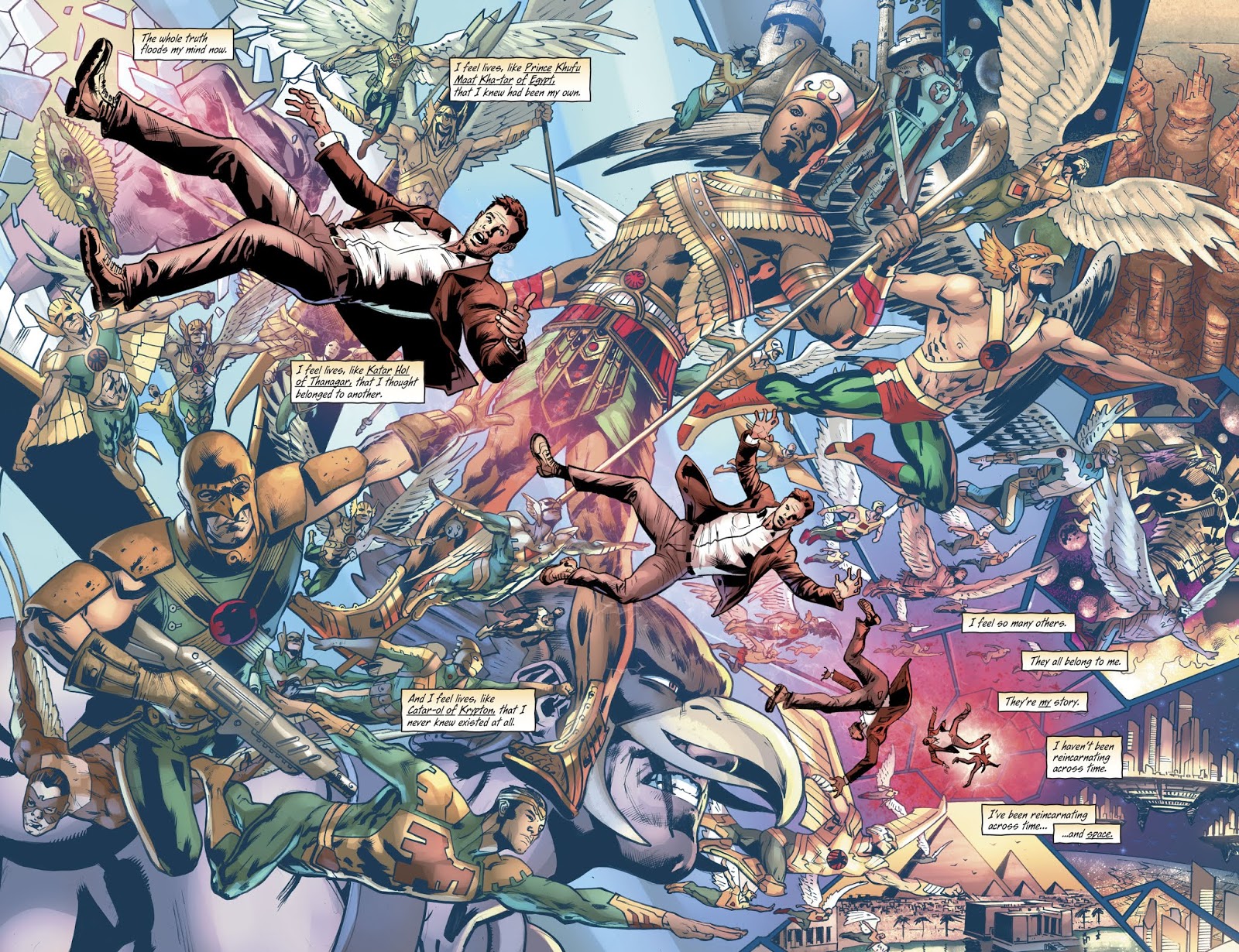 Nevertheless, Hawkman has traditionally been portrayed as a white man in the comics.

In fact, the character was most recently portrayed in live-action by German actor Falk Hentschel in The CW’s Arrowverse including episodes on The Flash, Arrow, and DC’s Legends of Tomorrow. 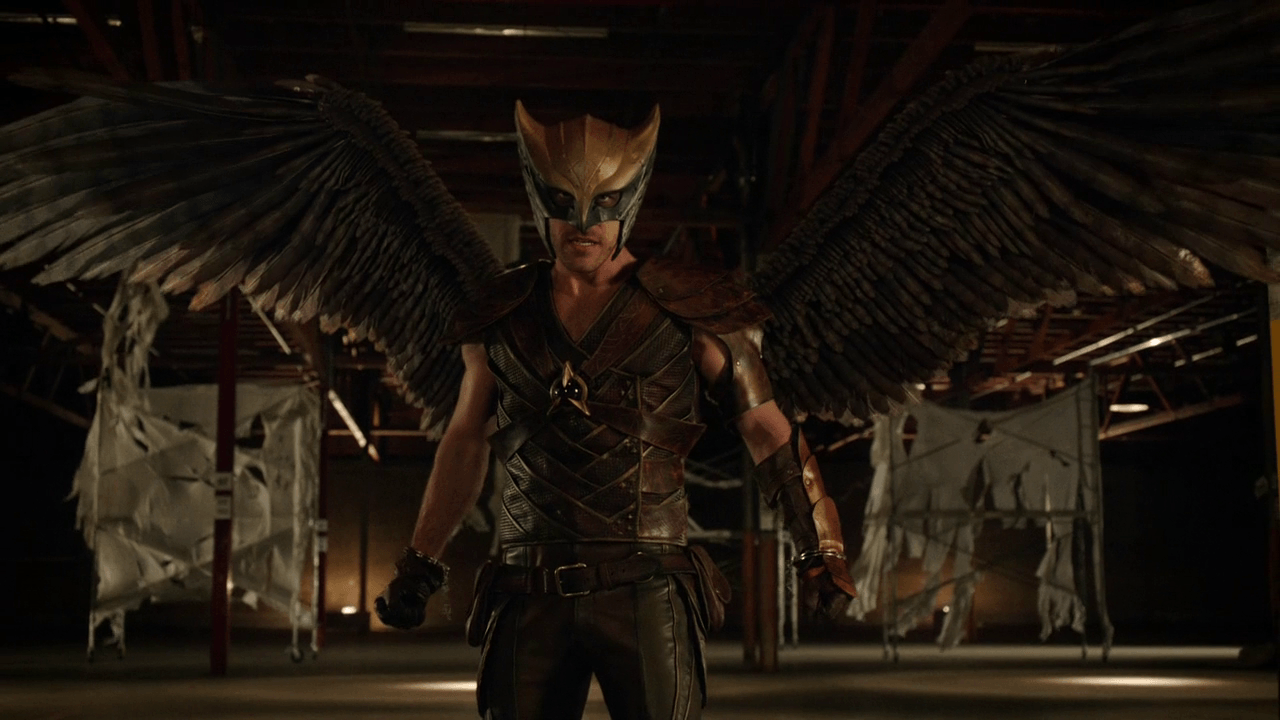 Hodge is known for Hidden Figures, where he played Levi Jackson. He also played Raymond in Die Hard with a Vengeance and MC Ren in Straight Outta Compton.

More recently he played James Lanier in The Invisible Man and Jim Brown in One Night in Miami. He also played DeCourcy Ward in the TV series City on a Hill.

What do you make of DC Films’ decision to cast Aldis Hodge as Hawkman?