RWBY co-creator and writer Miles Luna has announced that he will be leaving Rooster Teeth in order to pursue new potential career options outside of the media production company. 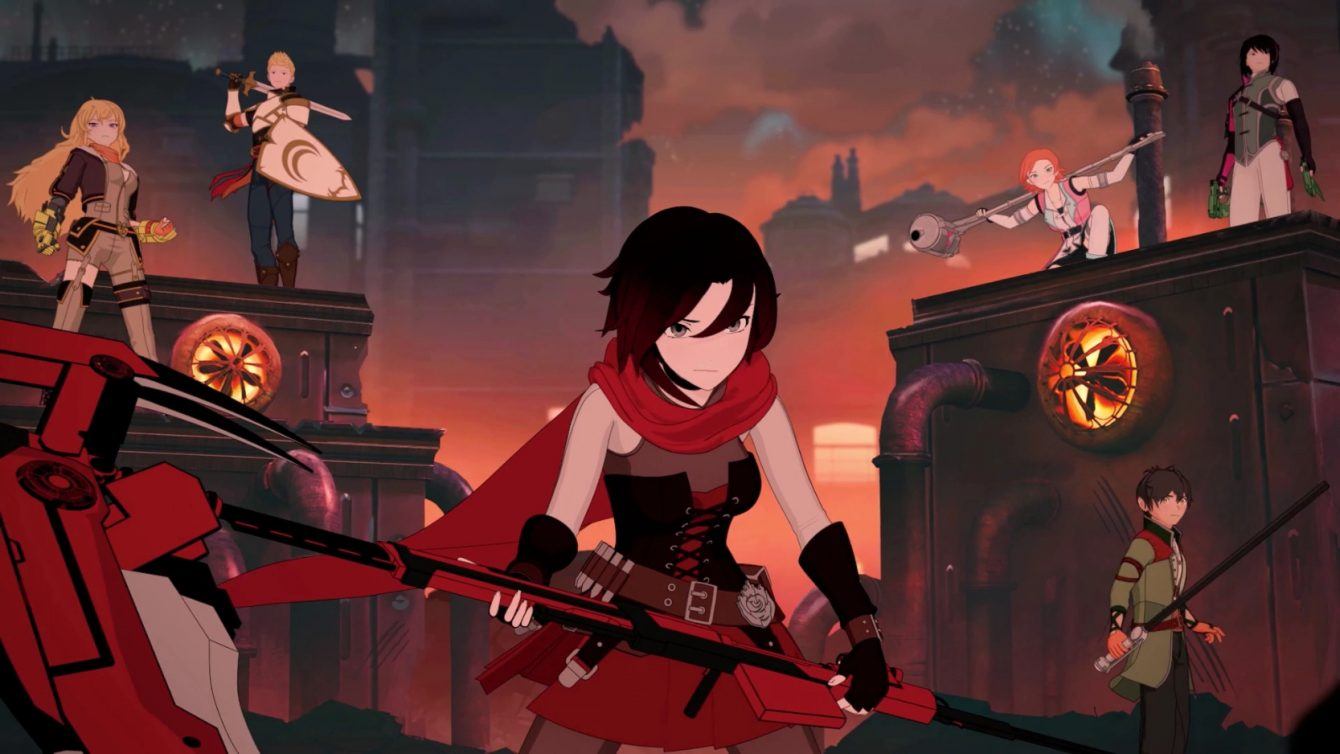 On the September 22nd episode of the Rooster Teeth video game livestream series Backwardz Compatible, Luna announced that he would be leaving the company after ten years of employment. 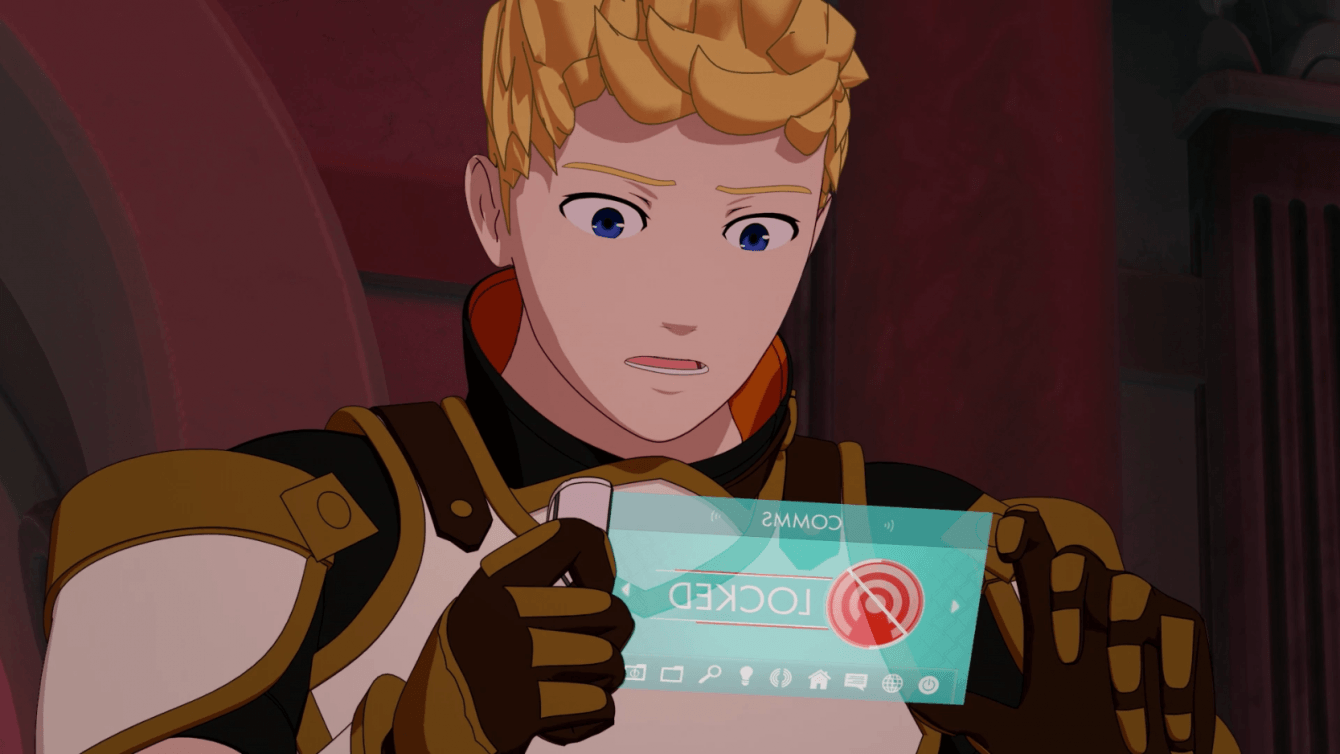 During his time at Rooster Teeth, Luna co-created the series RWBY, RWBY Chibi, and Camp Camp, and also directed seasons eleven through fourteen of Red Vs. Blue.

He also provided voice work for various characters across Rooster Teeth’s numerous productions, including Jaune in RWBY, Felix and Cronut in Red vs Blue, David in Camp Camp, and Miguel “Migas” Garza in Gen:LOCK. 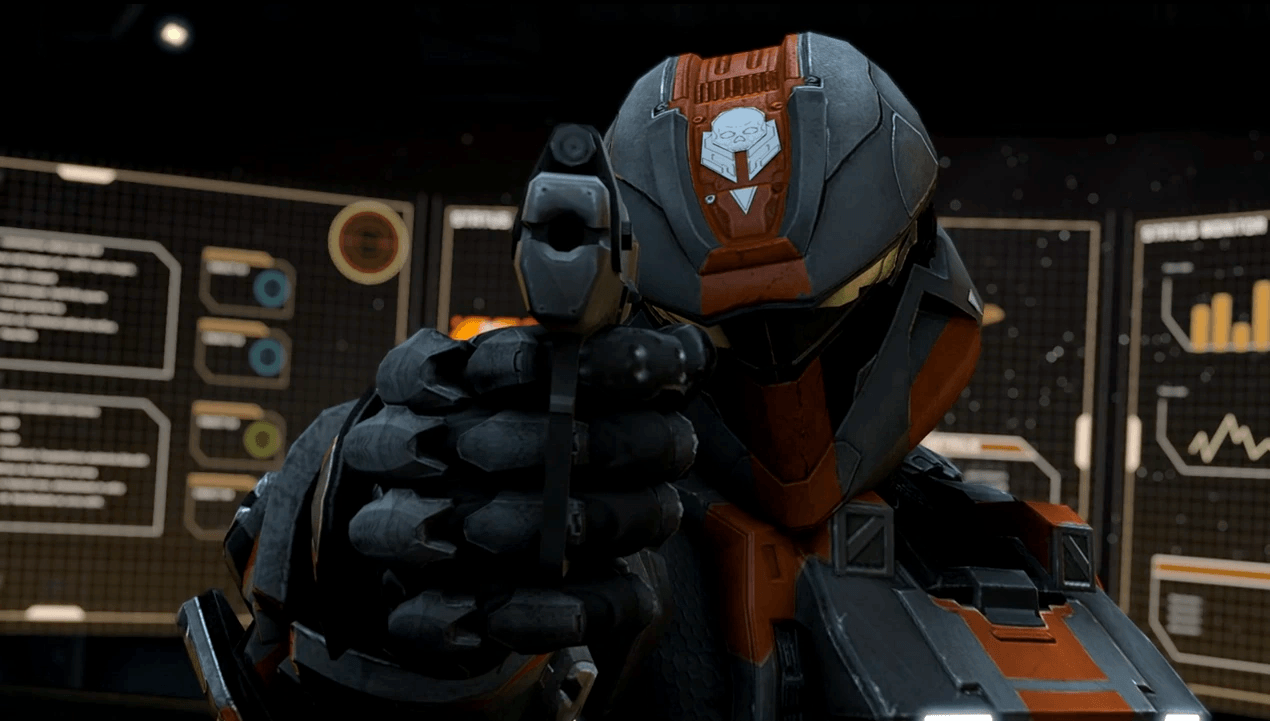 Though no mention was made of whether Luna would continue in most of these roles, which most likely spells an end to his involvement with these series, Luna clarified that he would continue to write and provide the voice of Jaune for the core RWBY series. 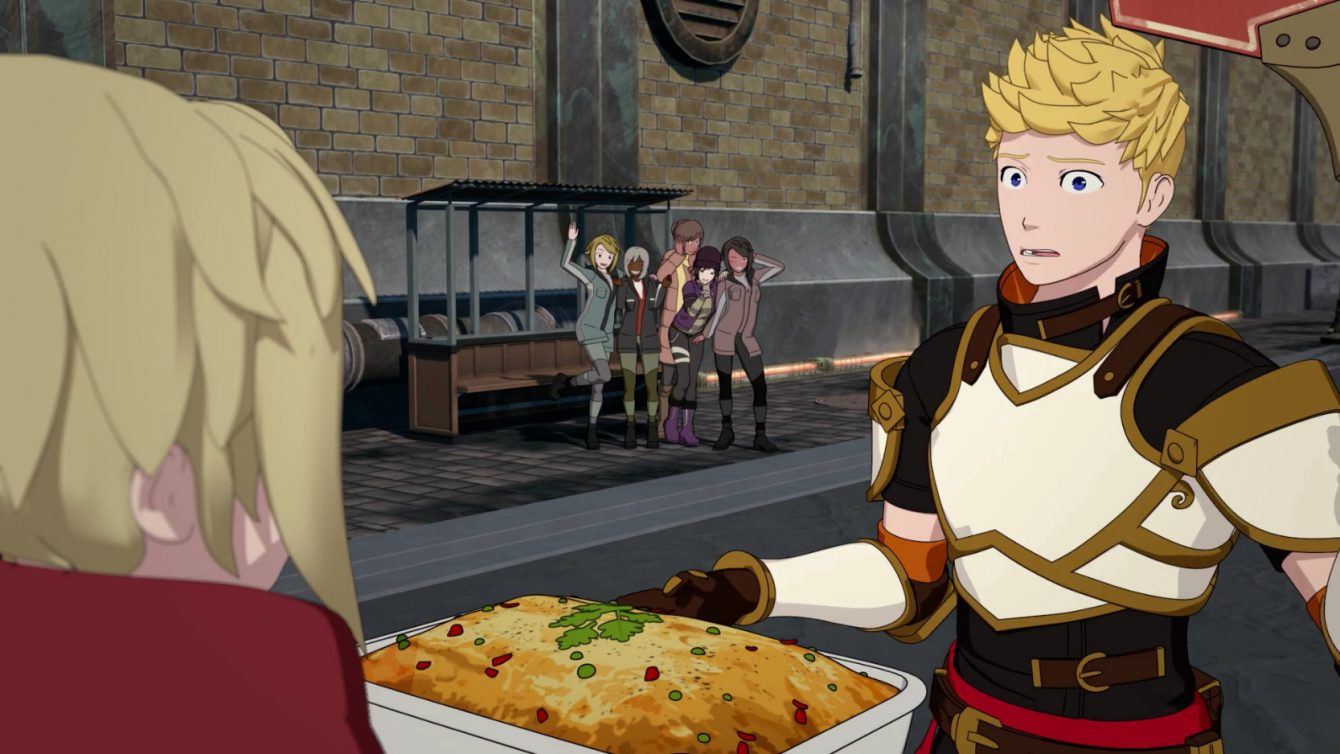 Given that Luna has appeared in seemingly no Rooster Teeth productions since March, it has been speculated that his departure occurred earlier this year and is just now being announced to the public. 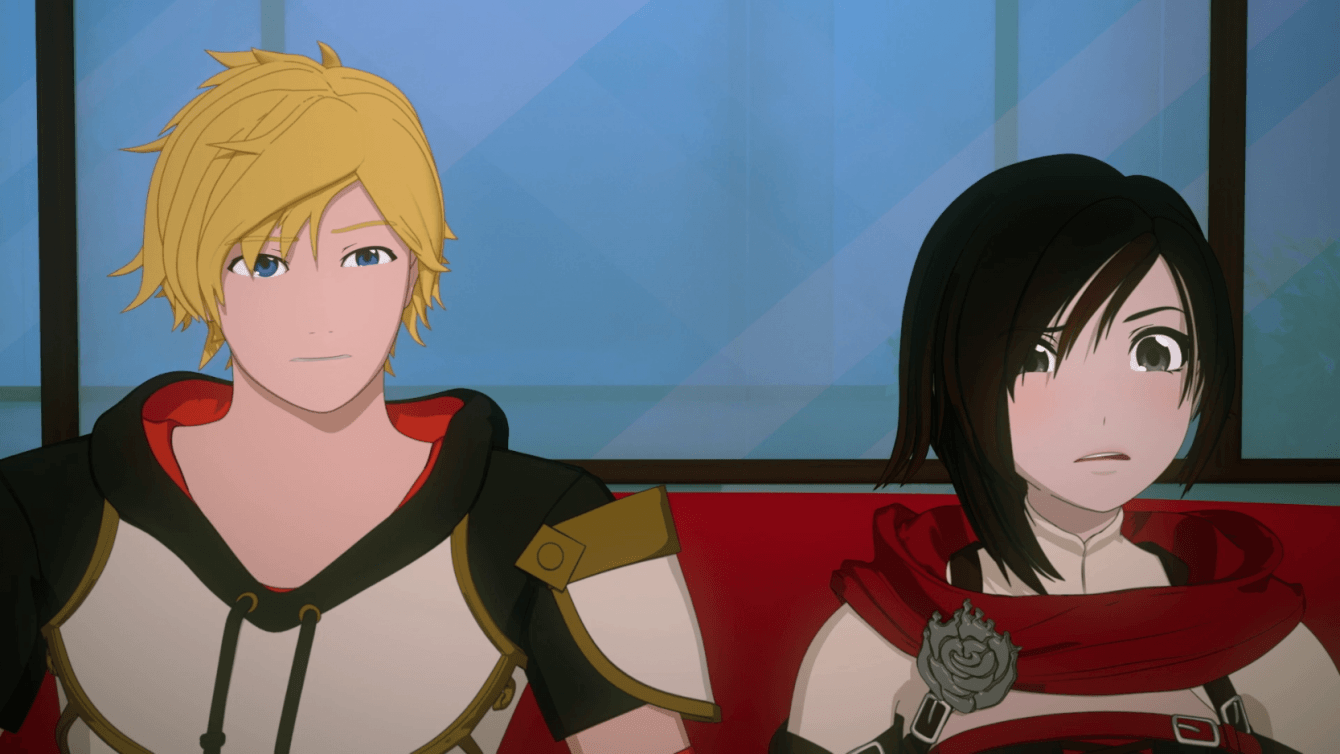 In the wake of his announcement, Luna would take to his personal Twitter account and thank his fans “for all the warm wishes” he had received from them.

“I wasn’t sure how people would react to the news of me leaving Rooster Teeth,” wrote Luna. “But y’all were all incredibly kind and supportive.” 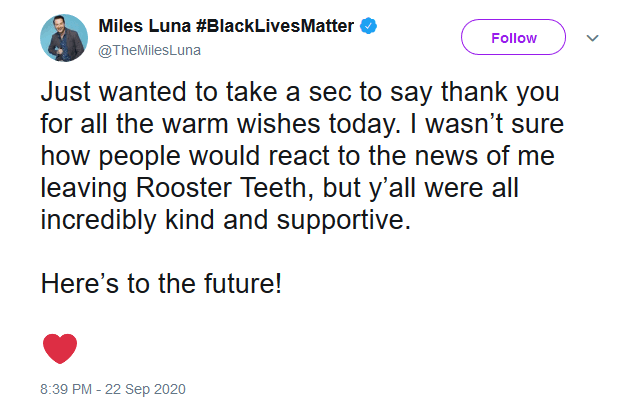 In response to a fan asking where he was going, Luna stated that he would be “freelancing” and “working on getting more involved in the games industry.” 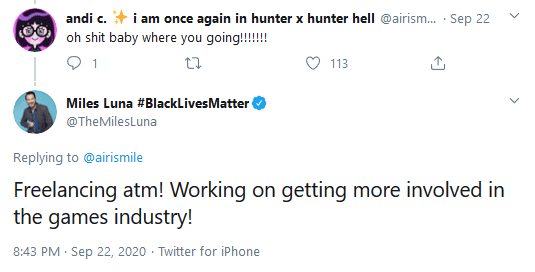 In his coverage of Luna’s announcement, YouTuber Hero Hei assured RWBY fans that “to be quite honest, it probably won’t change”.

Luna’s exit is the latest in a series of high-profile departures that have occurred in the wake of last year’s company restructuring that saw massive management changes and a layoff of 13% of Rooster Teeth employees. 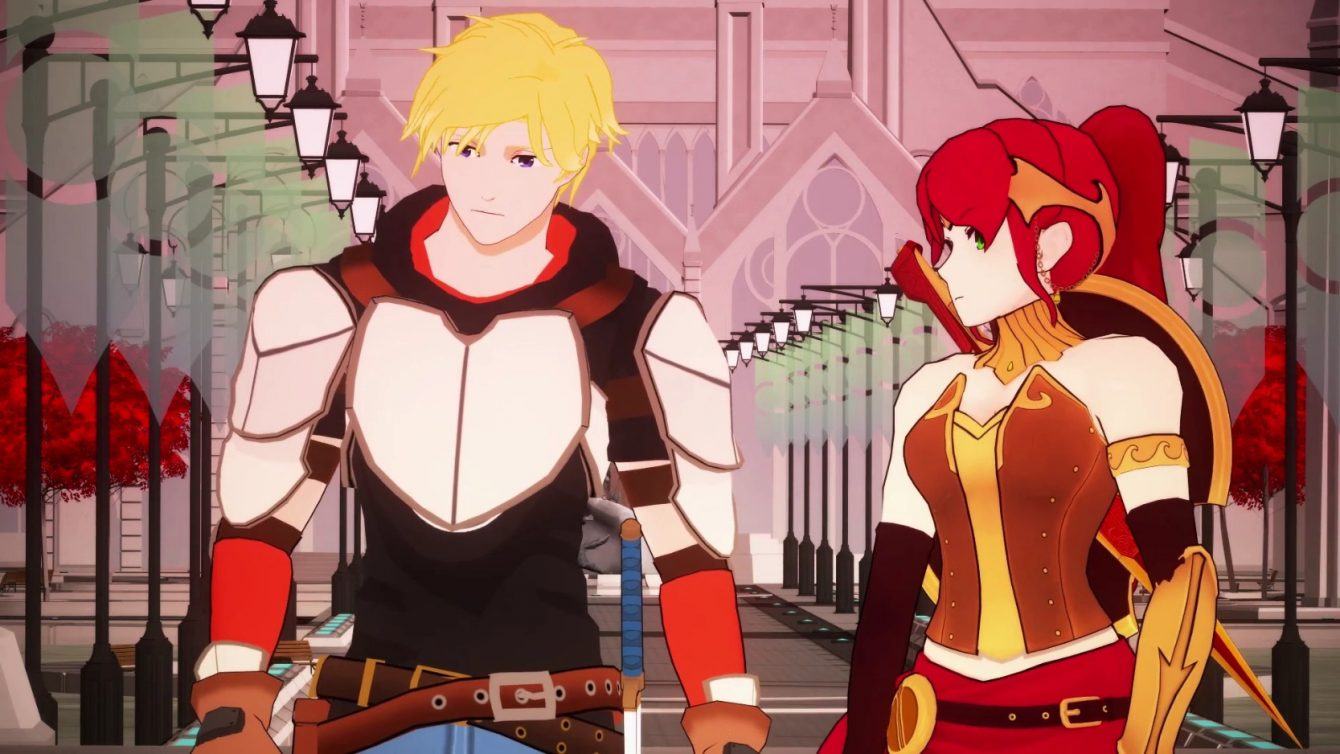 Earlier this year, RWBY lead animator Ian Kedward announced that he would be leaving Rooster Teeth and reminisced that there was “some good” and “then there was all the bad.”

In June, Rooster Teeth Co-Founder and RWBY voice actor Joel Heyman confirmed that he had been “laid off” after he “basically stopped coming in” following an implied disagreement between himself and other Rooster Teeth employees. 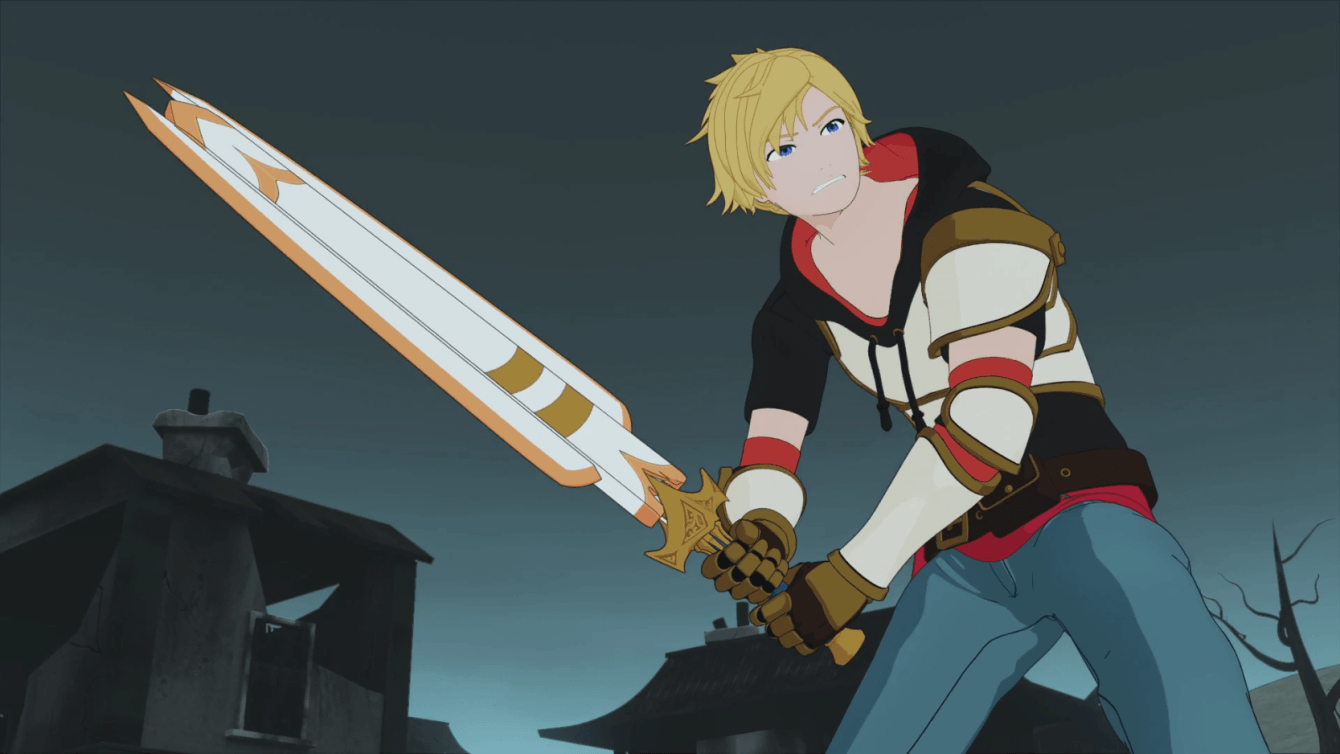 What do you make of Luna’s departure? If you’re a fan of RWBY, are you excited to hear that he will remain involved with the series? Let us know your thoughts on social media or in the comments down below!