A set of alleged leaks for Marvel Studios upcoming WandaVision series for Disney Plus claim that Doctor Strange will have a cameo in the show.

This latest set of leaks comes from 4Chan and echoes previous leaks regarding the show.

This new leak doesn’t go that far, but it does claim “Wanda Maximoff (Elizabeth Olsen) is depressed due to Vision’s death and the end of the Avengers.” 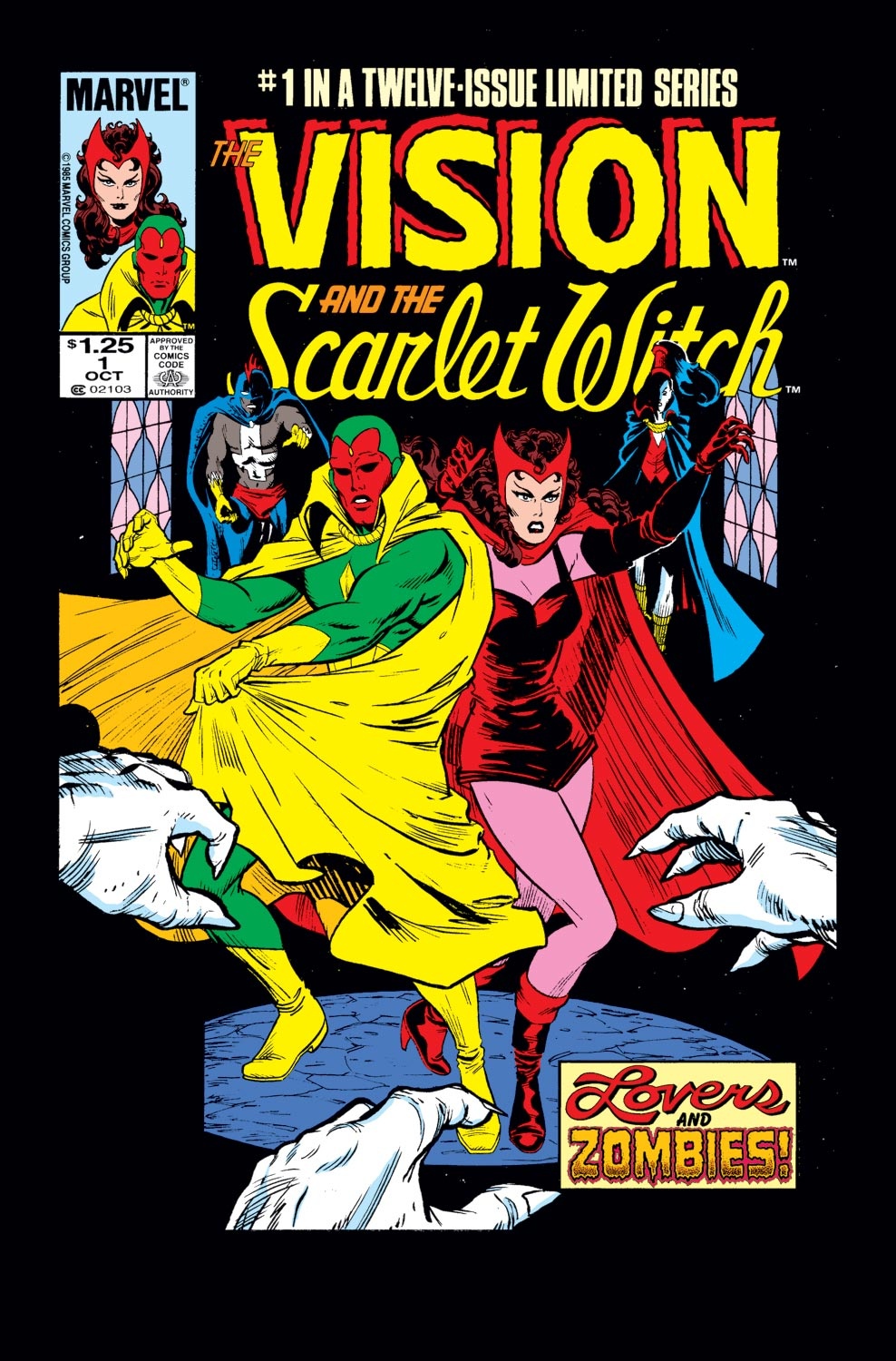 It goes on to claim that S.W.O.R.D. actually rebuilds Paul Bettany’s Vision. However, he no longer has his emotions or memories. More specifically he does not remember his relationship with the Scarlet Witch or his death at the hands of Thanos.

Wanda ends up learning about the rebuilt Vision and attempts to use her powers, which are derived from the Mind Stone, to restore Vision to his former self. However, she ends up creating a pocket dimension modeled after various American sitcoms she enjoyed as a child.

S.W.O.R.D. sends in agent Monica Rambeau, played by Teyonah Parris, to investigate the pocket dimension. She is joined by Thor’s Darcy Lewis played by Kat Dennings. Lewis apparently has history with Vision as it’s revealed she helped S.W.O.R.D. rebuild the android. Later on, they are joined by Ant-Man’s Randall Park, who plays FBI agent Jimmy Woo. 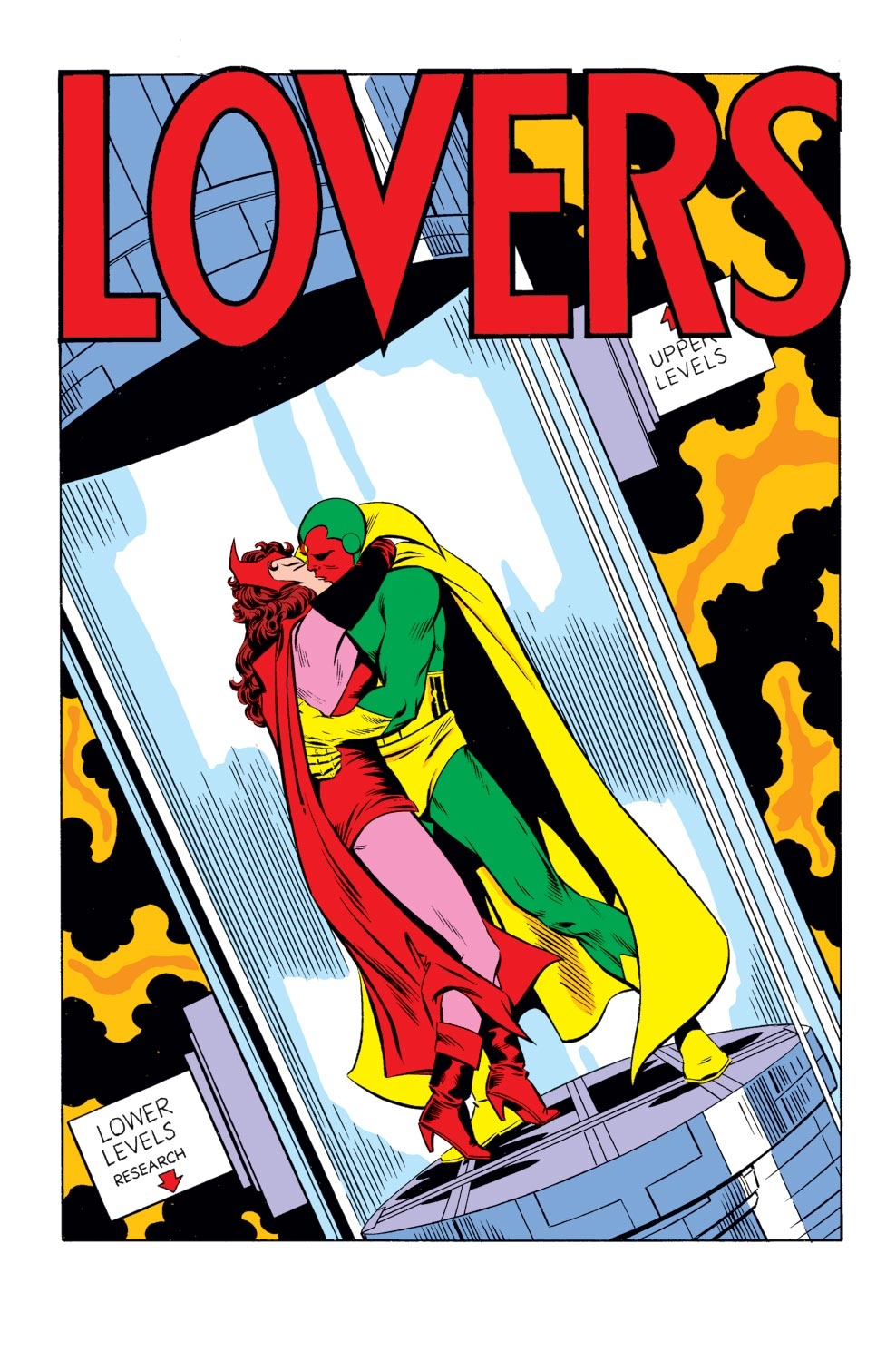 It will eventually be revealed that Wanda is attempting to create her perfect reality. But she’s not alone. She is actually being influenced by a supernatural creature played by Evan Peters, who has a nefarious plan to take over the world by using Scarlet Witch’s powers.

Randolph tweeted in June, “So, Evan Peters might be playing Mephisto!” 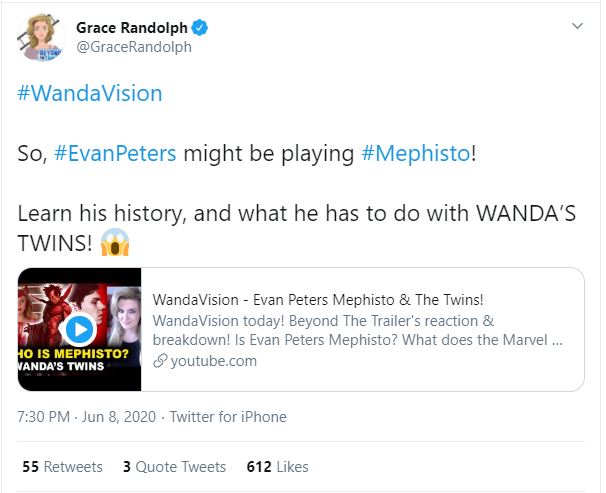 While Scarlet Witch has fallen under the sway of Peter’s villainous supernatural villain, she will get aid in the form Kathryn Hahn’s Agatha Harkness, who is masquerading as her neighbor Agnes. This alleged leak claims Harkness is attempting “to help her break free and embrace the mantle of the Scarlet Witch.”

From there the leak claims that Wanda and Vision do indeed have twins in the pocket reality and they are named Billy and Tommy. They will also crossover into the real world when Wanda does eventually undo the pocket dimension. 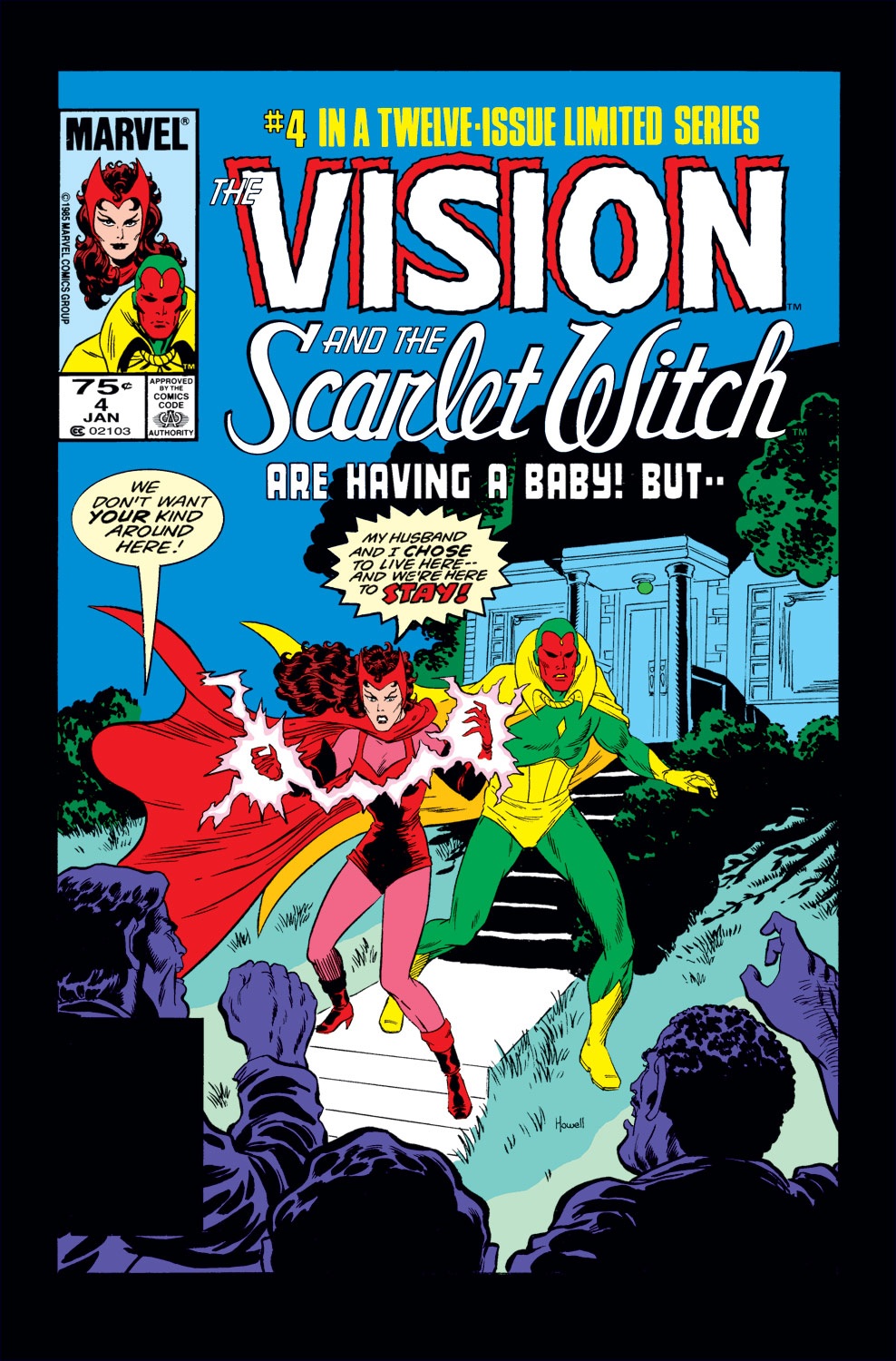 As for how Monica Rambeau gains her powers, this leak says she is “exposed to extradimensional energy while attempting to help Wanda and develops superpowers.”

Finally, the leak alleges that Benedict Cumberbatch’s Doctor Strange arrives “to help Wanda in the end and recruits her as his apprentice, setting up her role in Doctor Strange in the Multiverse of Madness.”

You can view the entire alleged leak below.

What do you make of this alleged leak? Does this get you excited for WandaVision?