505 Games has announced that they will be ending post-launch production on Indivisible despite multiple backer rewards remaining unfulfilled. 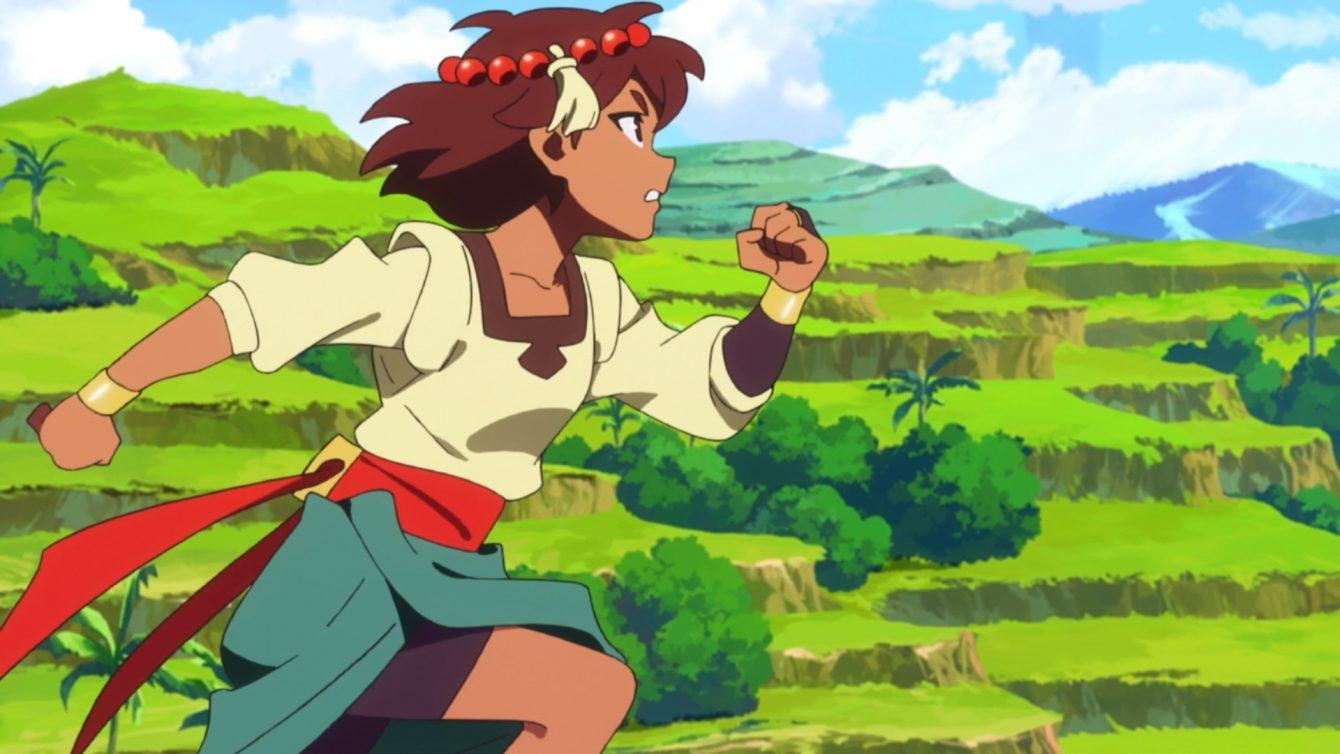 On October 9th, 505 Games published a statement updating players on the future of Indivisible  “in light of the recent restructuring and dissolution of [Indivisible developer] Lab Zero” following multiple accusations of sexual and inappropriate misconduct against Lab Zero Games Lead Designer and Skullgirls Programmer Mike Zaimont.

“At this stage, apart from content already in submission, there will unfortunately be no more production on the game,” declared the statement, before adding that this move also meant that “guest characters and some Backer-created characters” and any other “additional content will not be added to the game.” 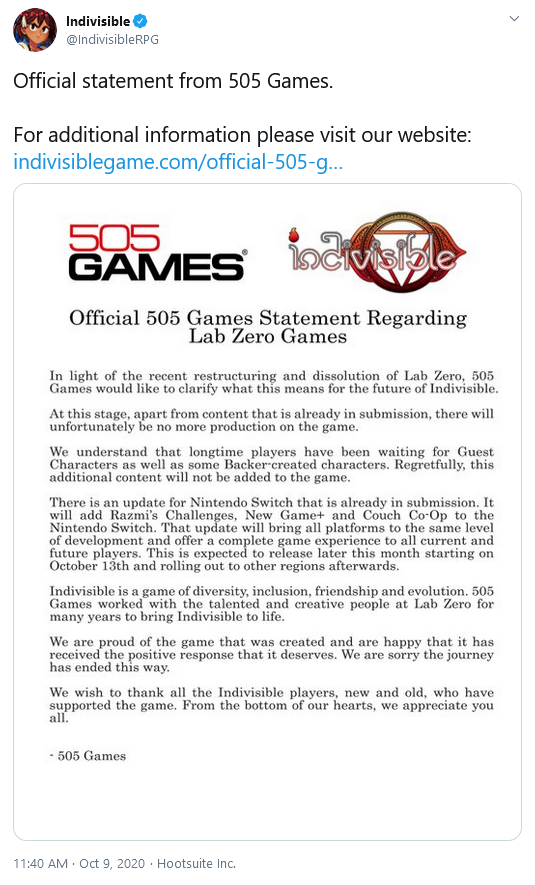 In late 2015, it was announced that several guest characters from various indie games would be joining the roster as playable characters.

During the game’s crowdfunding campaign, Indivisible offered several donation tiers that would allow for backers to design their own characters. 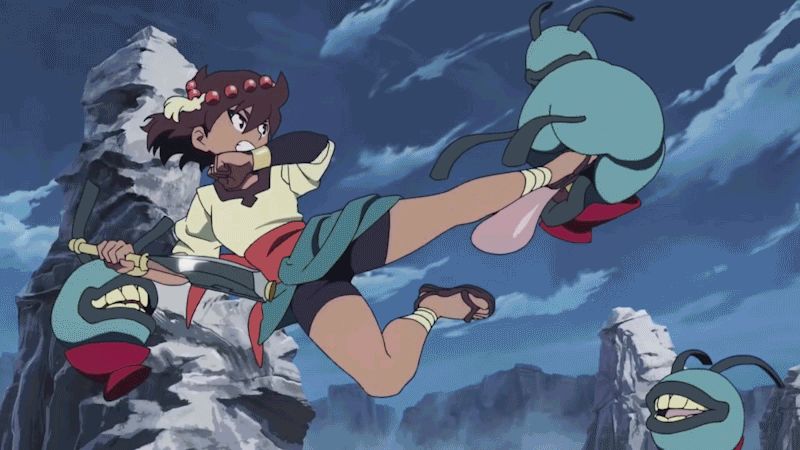 It is currently unclear whether the Indivisible team will be offering refunds to backers who pledged at these levels.

While Indiegogo’s Terms of Use specifically tells Campaign Owners “If you have received the Contributions from your Campaign, issue refunds to Contributors if you cannot deliver Perks,” it also warns that the site “Does Not Guarantee that Campaigns Will Succeed or that Perks Will Be Delivered or Deemed Satisfactory.” 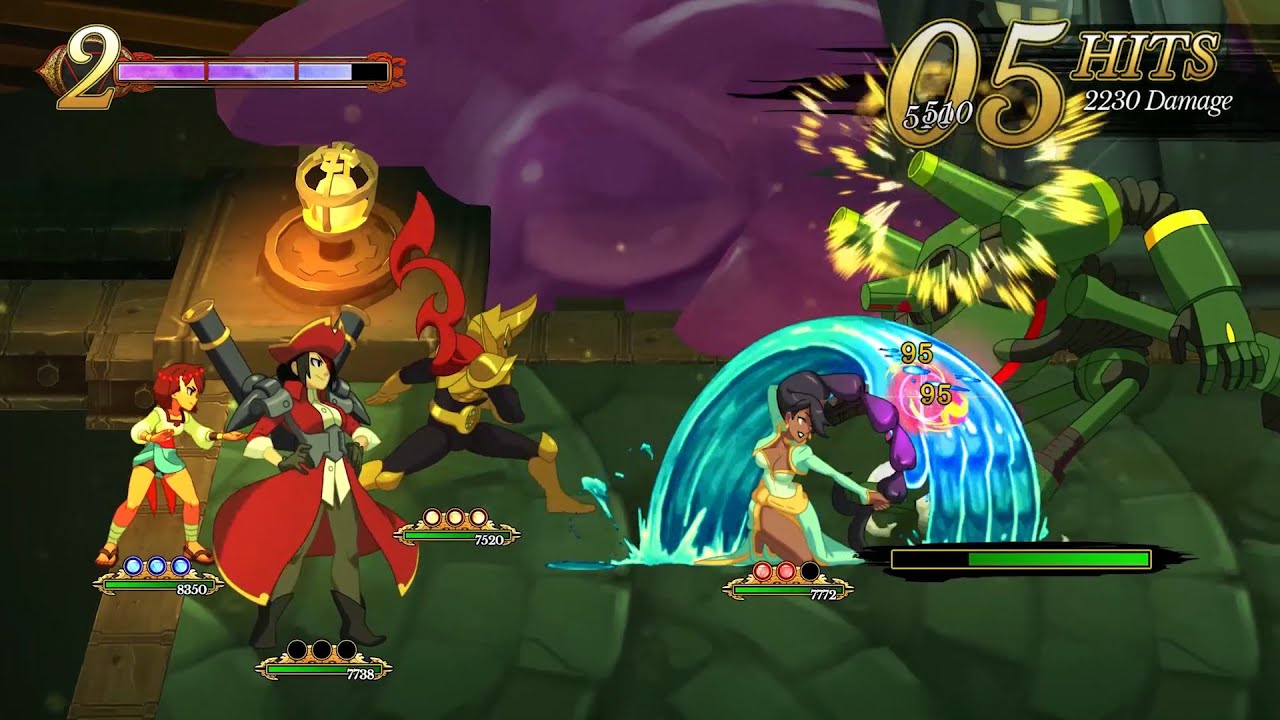 However, 505 Games also clarified that “there is an update for Nintendo Switch that is already in submission,” which “will add Razmi’s Challenges, New Game+ and Couch Co-Op” to the Switch version of the game.

505 Games concluded their statement by noting that “Indivisible is a game of diversity, inclusion, friendship, and evolution,” and apologized to their fans for the fact that “the journey has ended this way.”