Individuals who believe business should be separated from political activism “are going to be the first people lined up against the wall and shot in the revolution”, according to Former Twitter CEO and Current Patreon board member Dick Costolo. 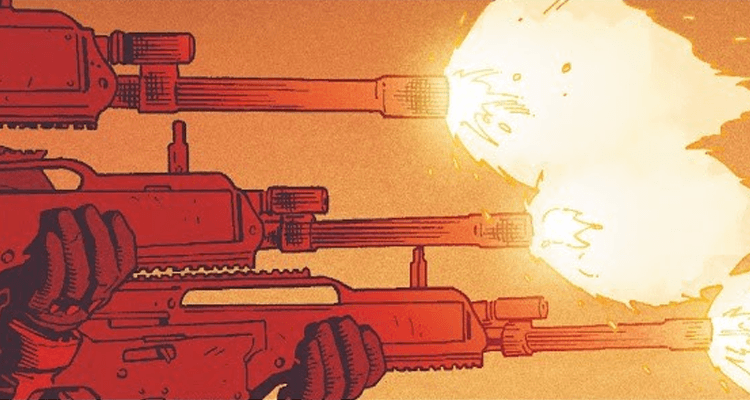 Costolo’s call for revolutionary violence came in response to a Twitter discussion concerning the recent announcement by Coinbase CEO Brian Armstrong that the digital currency exchange would continue to operate as a “mission focused“ company.

Armstrong further explained “that while I think these [social and political activism] efforts are well intentioned, they have the potential to destroy a lot of value at most companies, both by being a distraction, and by creating internal division.” 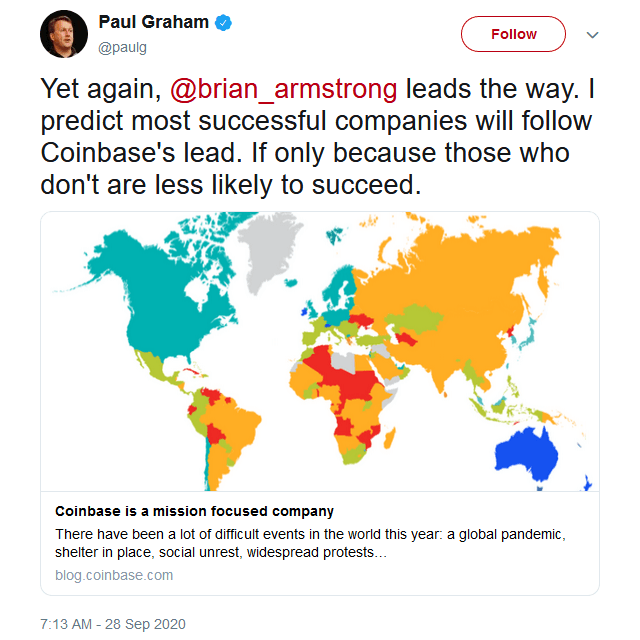 This announcement prompted a response from Costolo, who stated that Armstrong’s statement was “the equivalent of telling your employees to shut up and dribble.” 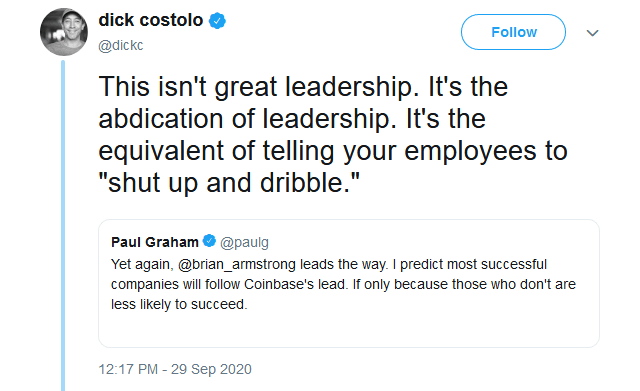 “Tech companies used to welcome lively debate about ideas and society,” lamented Costolo. “It was part of the social contract inside the company, and it’s what differentiated tech culture from, say, Wells Fargo culture. Now it’s considered a distraction.”

It is assumed, given his vocal support for left-wing politics, that Costolo’s support for corporate activism only extends to those who hold similar beliefs.

Costolo’s criticism soon drew the attention of entrepreneur and angel investor Jason Calcanis, who noted that “Most folks want to work in an environment free from today’s vitriolic politics.” 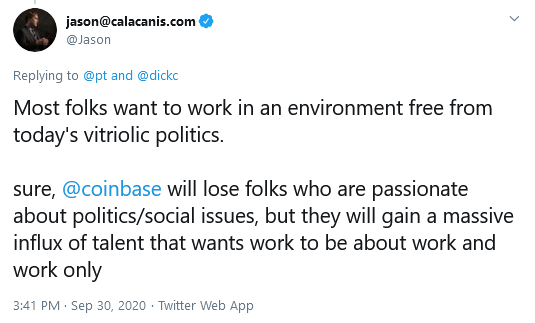 This sentiment would be echoed by TNT Ventures partner Parker Thompson, who argued that “the vast majority workers want to be effective and supported professionally in an ethical env. [sic]”

“This will be rough for people who want an activist job on a tech person’s salary, but life is about choices,” said Thompson. “If you want to get paid to be an activist, join a non-profit.” 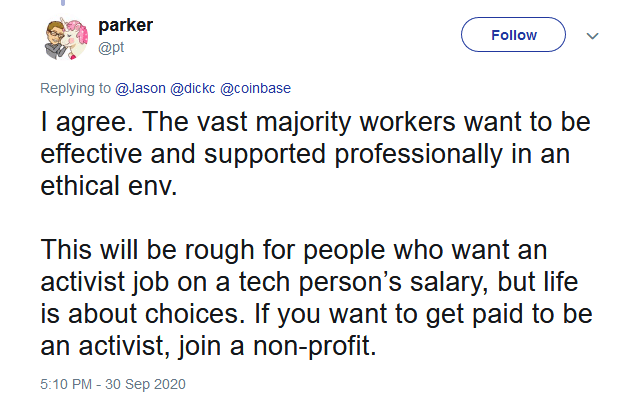 In response to this pushback, Costolo would shockingly declare in a now-deleted tweet that “Me-first capitalists who think you can separate society from business are going to be the first people lined up against the wall and shot in the revolution.”

What do you make of Costolo’s tweet? Do you agree or disagree with his stance? Let us know your opinion on social media or in the comments down below!