Crunchyroll’s upcoming original Ex-Arm has been met with near-universal backlash after its debut trailer made apparent the series’ low-production quality. 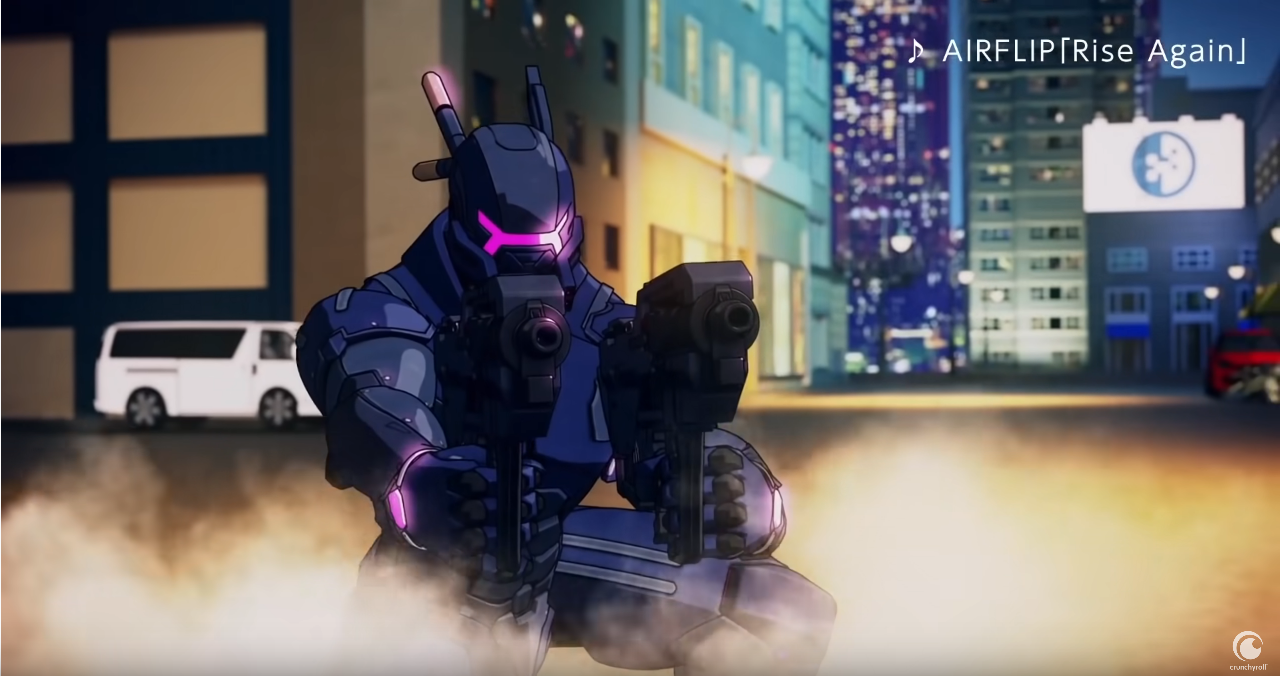 Revealed on November 6th, Ex-Arm, based on the manga series by writer HiRock and artist Shinya Komi, takes place “in the year 2014,” and follows “a high school student who hates machines, Akira Natsume, wants to change himself for the better and tries to take the first step in doing that… But then he gets run over by a truck.”

“Fast forward to 2030. A police officer named Minami Uezono and her partner, the android Alma, infiltrate the scene of a trade going on at Tokyo Harbor for an unknown weapon named ‘EX-ARM.’ They are then attacked by an enemy armed with the ‘EX-ARM’ No.08. Put in this life or death situation, they decide to activate the ‘EX-ARM’ No.00 that they stole from the enemy, and…”

As is evident from the trailer, Ex-Arm will be animated using computer graphics and 3D models, with many comparisons being drawn between it and Rooster Teeth’s RWBY.

Unfortunately for Crunchyroll, the trailer also showed that Ex-Arm seems to be suffering from the same quality issues seen in many CG-based series, including stiff, poorly executed animations and open, sparsely detailed settings that make the world feel incomplete and unnatural. 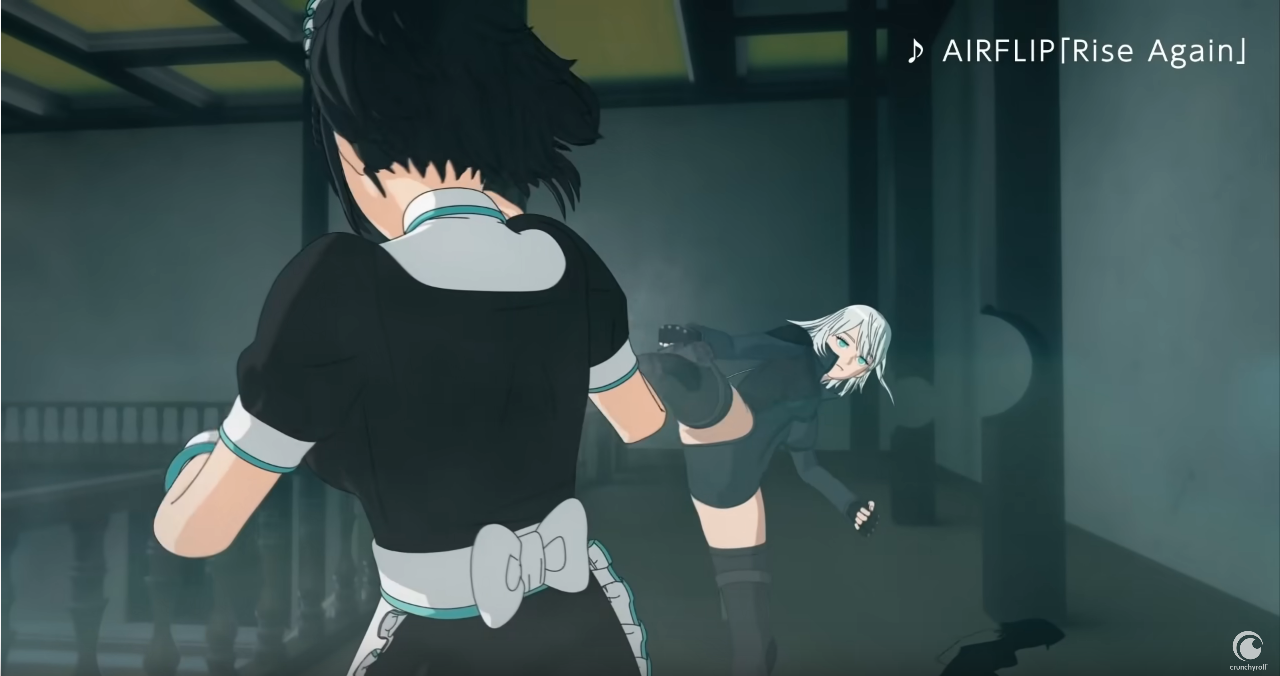 Based on this lack of quality, for one brief moment, the internet was brought together, with Ex-Arm quickly becoming the target of widespread lampooning and mockery, as audiences found themselves baffled by the substandard production seen in the series’ first worldwide reveal.

Both CBR and Anime News Network, two sites routinely known for their contrarian takes on many issues within the anime community, both published articles dissecting the abysmal trailer.

“EX-ARM’s Awful Trailer Proves Why Anime Should Be Made by Animators” declared CBER, while Anime News Network asked “Why Does The Crunchyroll Original Series EX-ARM Look So Awful?” 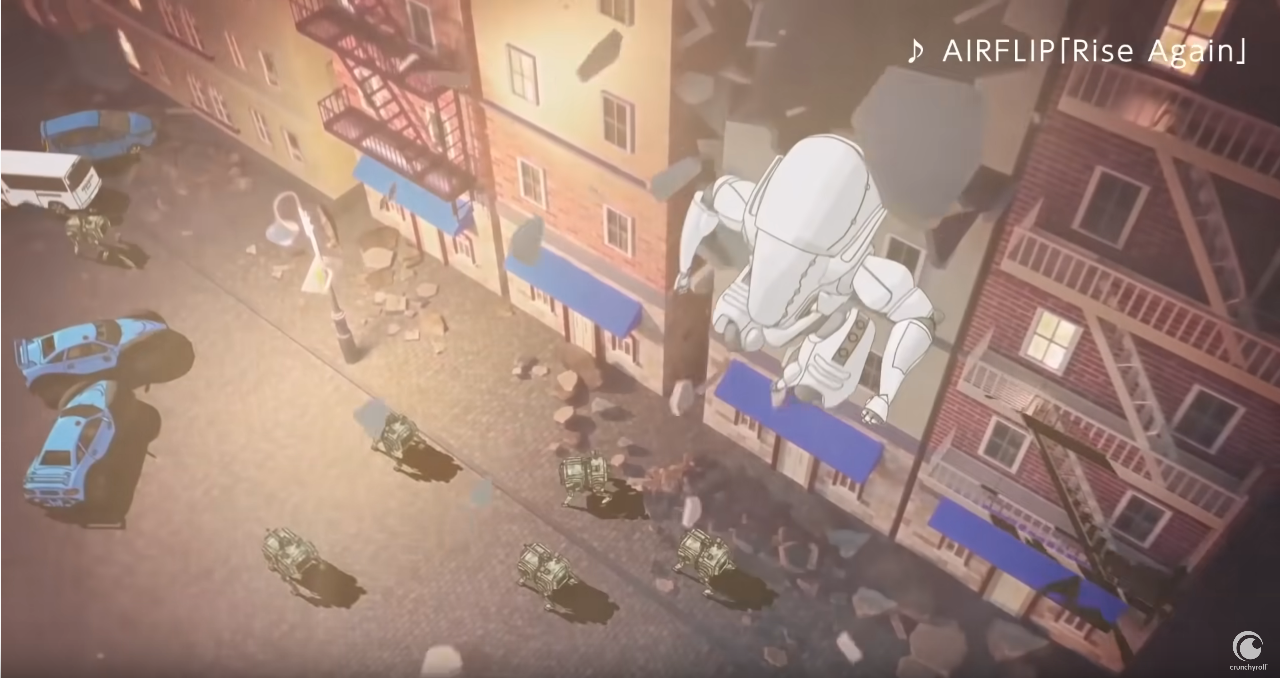 As discussed by both outlets, Ex-Arm’s poor visuals and direction are the result of series director Yoshikatsu Kimura, who told Anime News Network in a September interview that, despite having never directed an anime production before, he was chosen for the project because “The anime is done in 3D, and live-action directors normally deal with a three-dimensional space.”

“Because I was a fit for this kind of production and my expertise with action sequences, I was asked to be director,” said Kimura. 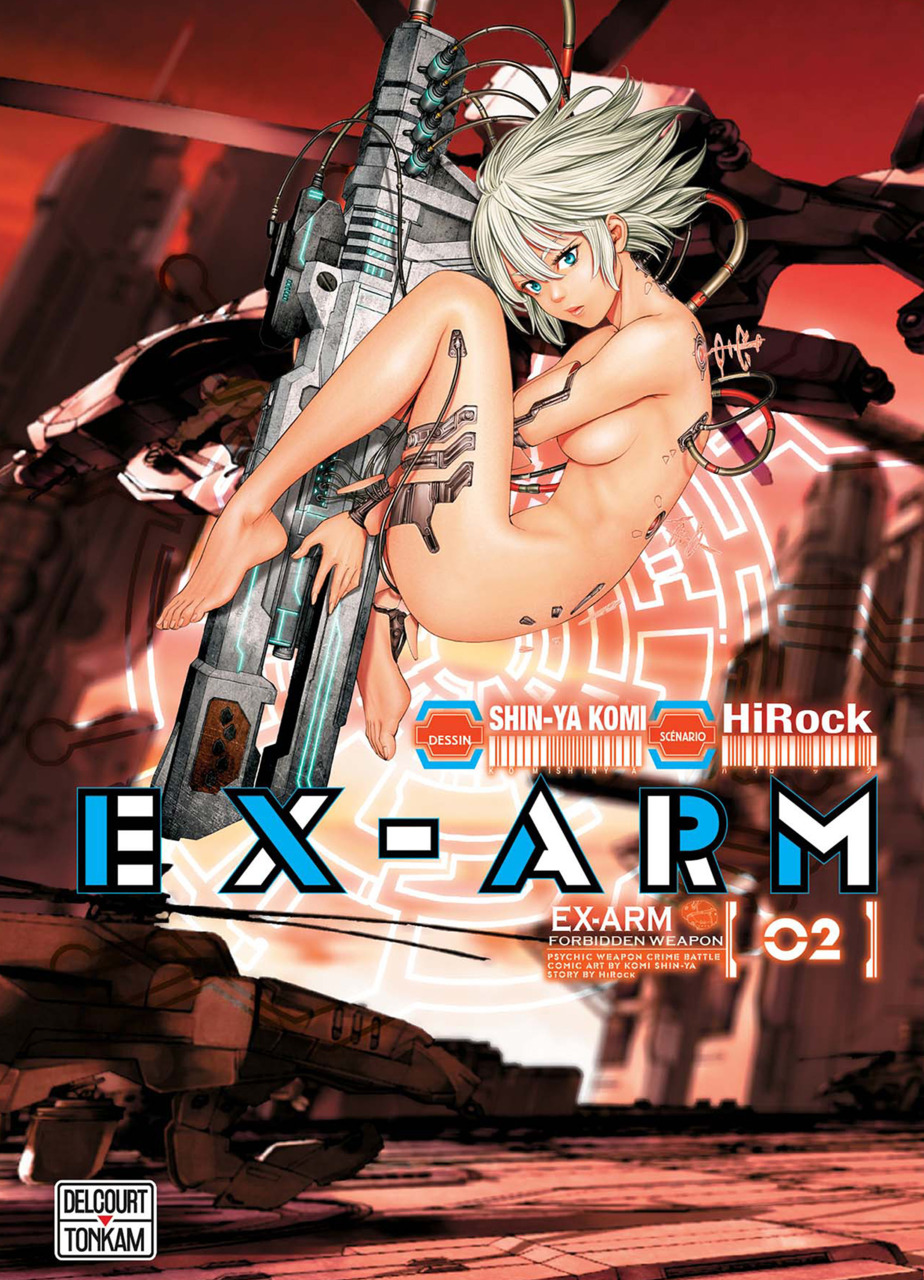 The series is written by Tommy Morton, features music by Sō Kimura, and is animated by studio Visual Flight, but as ANN concluded through a cross-referencing of their own encyclopedia, “None of them have ever worked in anime before.”

“But Visual Flight is perhaps the oddest name of the bunch,” noted ANN in their analysis of the trailer. “The only anime-esque project they’ve been a part of is creating a bizarre dance demo in Unity […] And their professional credits only seem to include modelling work for Sekiro: Shadows Die Twice.” 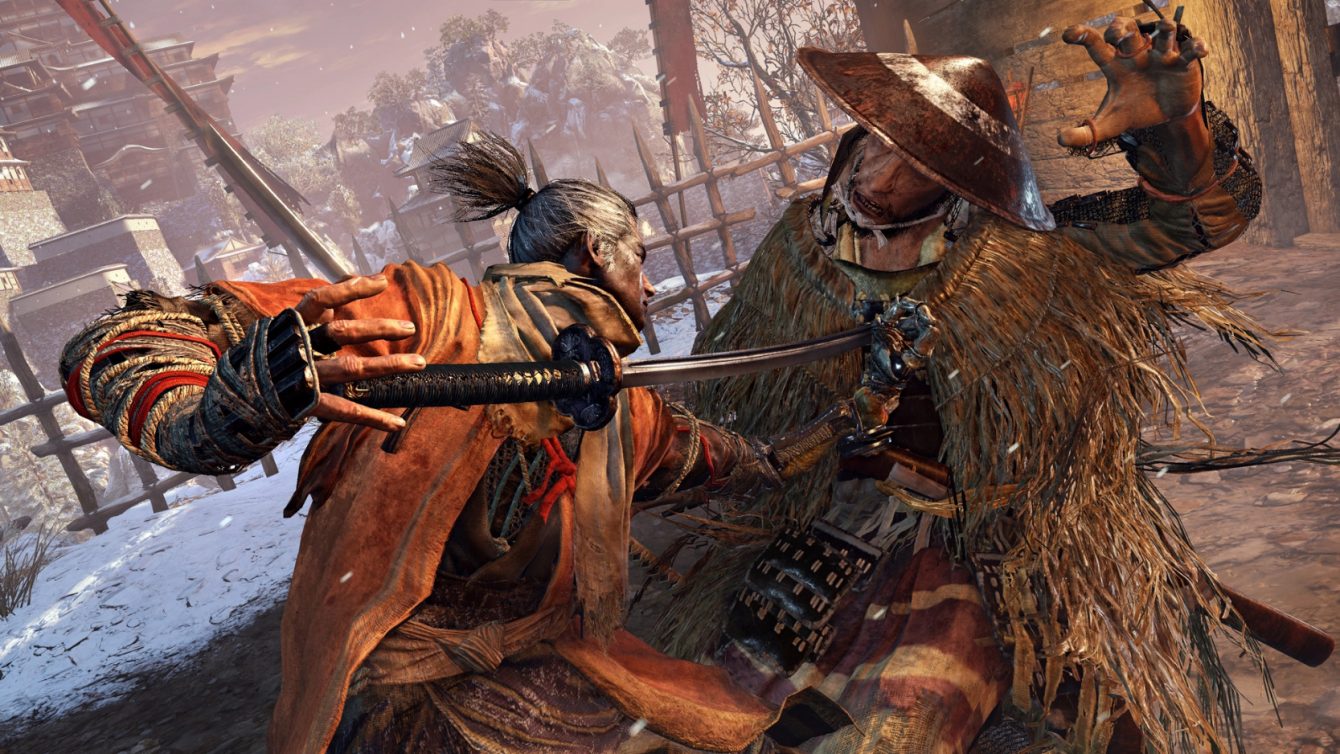 In fact, in a panel for the series held during Crunchyroll’s previous Crunchyroll Virtual Expo, Kimura explained that “rather than doing special preparations for an anime, I involved my usual live-action staff.” 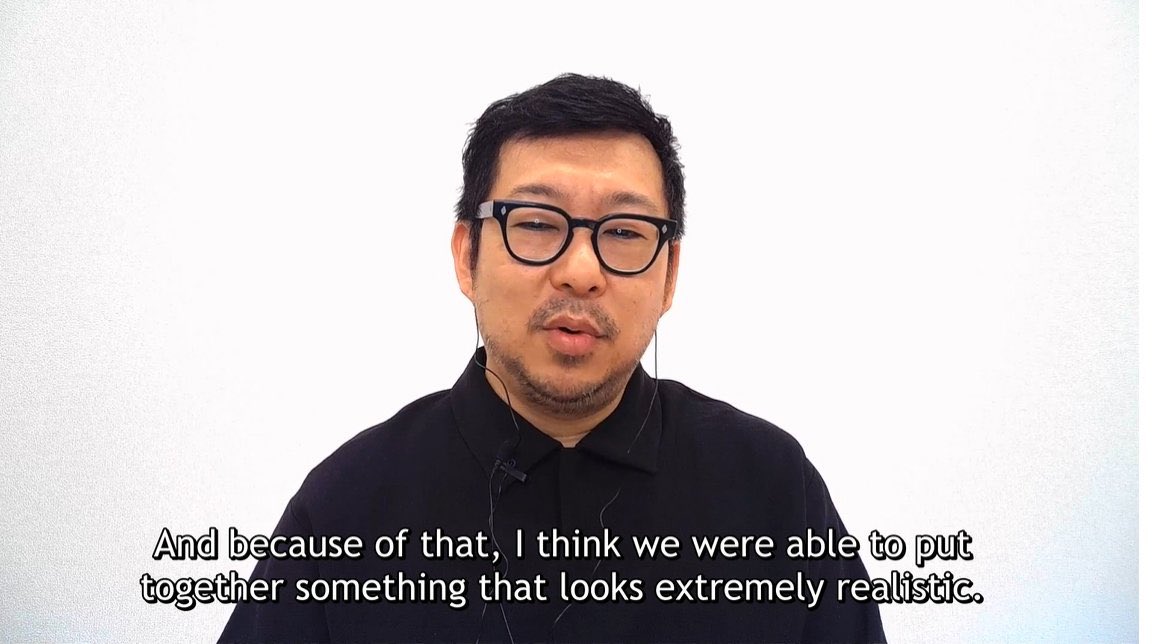 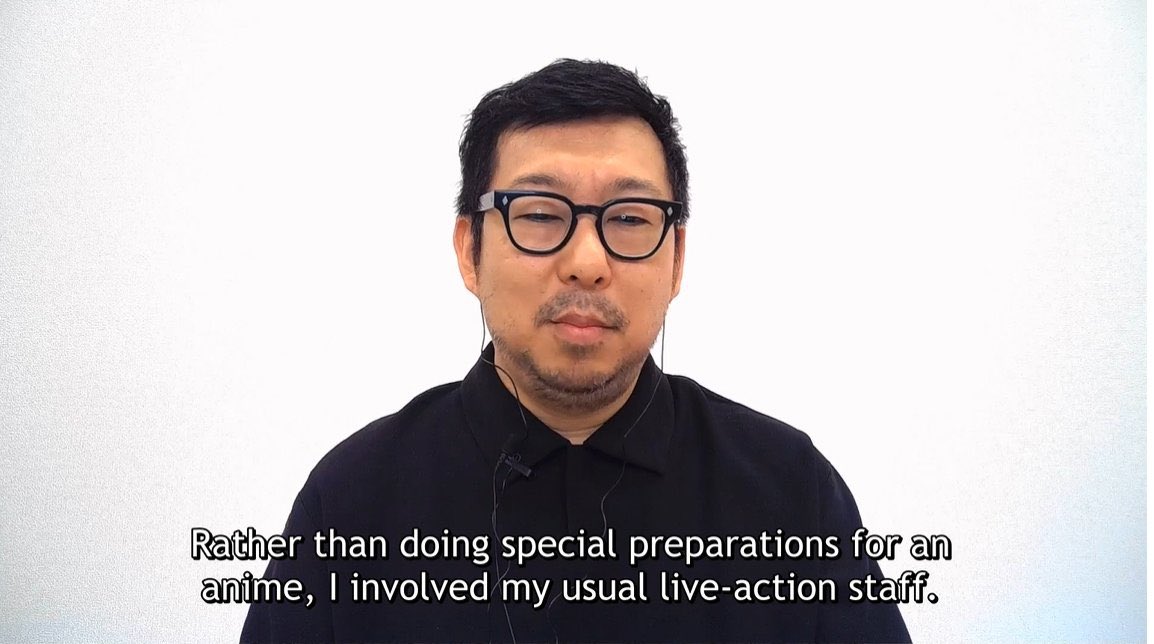 Related: Crunchyroll Expands Library With Monster Girl Doctor, That Time I Got Reincarnated As A Slime, And More!

Social media would not prove to be any more kind to the fledgling production.

On Twitter, @Rev_says_desu described Ex-Arm as “a fan made project from 2005” and stated that it made the notoriously awful CG work seen in Berserk (2016) “look like a god damn masterpiece.” 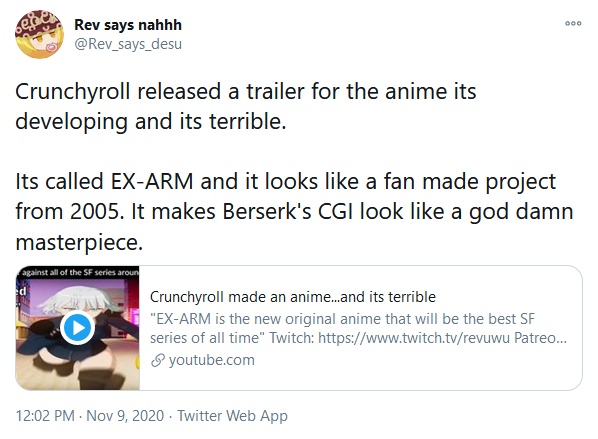 “Anime like Musashi Gundoh, Chargeman Ken and Berserk 2016 at least have things like low production budgets, mismanagement and other such compounding factors to blame for their poor quality,” wrote @CCharmanderK. “EX-ARM is bad because the people behind it don’t know what the f*** they’re doing.” 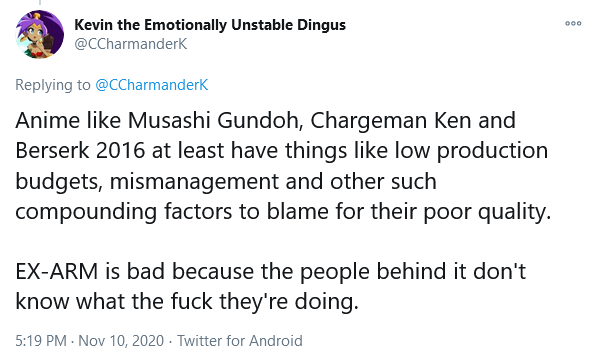 @Exaenae exclaimed that “the ex-arm PV looks horrendous, even for cheap CG anime standards it looks hysterically bad, like one guy animated it in his spare time, and they put this out like “look at our new CR original.” 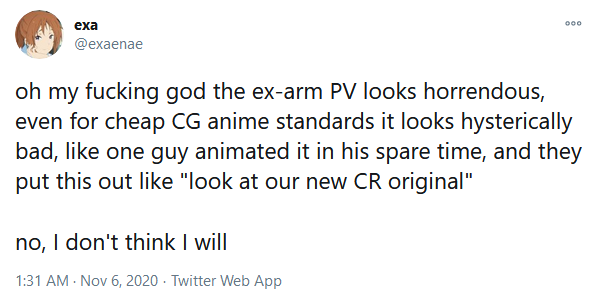 On YouTube, viewers took to posting their mockery directly to the comments section of the Ex-Arm trailer.

Evol joked that the trailer looked like it was made by someone under the pressure of being “the only animator but have a deadline to meet.”

“I’m not even subscribed to Crunchy roll, but I already want my money back,” said s l e e p y, sarcastically.

YouTube content creators would similarly slam the trailer, as Clownfish TV described the trailer as “a PS2 cutscene” and commented on how “it’s trying to be RWBY, except RWBY, at least the earlier seasons, were pretty good.”

Hero Hei would sarcastically cover the backlash from the perspective of someone interested in the series, and preface his viewing of the trailer by sarcastically asking “it can’t be that bad right?” and asserting that “people must be blowing this out of proportion or something!”

“Oh man, being an anime fan is suffering,” Hei would conclude after breaking character in the final seconds of his video.

What do you make of Ex-Arm’s debut trailer? Are you excited to watch the series in any capacity? Let us know your thoughts on social media or in the comments down below!