Scooper Grace Randolph speculates that Pedro Pascal’s Din Djarin might get sidelined in favor of Boba Fett for The Mandalorian Season 3.

Randolph’s speculation came in a recent YouTube video reacting to The Mandalorian Season 2 Episode 7 “The Believer.”

However, it came after Randolph defended herself on Twitter for a previous scoop claiming there was drama behind the scenes on The Mandalorian and that Pascal had left the show halfway through production on Season 2.

Randolph had previously claimed, “While filming Season 2 Pedro Pascal really wanted to have some scenes with his helmet off.” She went on state that “The Mandalorian creative team wouldn’t budge on this.”

She continued, “So Pedro Pascal, from what I’ve heard from two sources now, was frustrated about this and also was pretty darn uncomfortable in the Mando suit on set. So, he became difficult.”

“And the final straw through, even though he was difficult to be around on set, the final straw was that he went to Lucasfilm, from what I’ve heard from my sources, to try and get them to intervene on his behalf,” the scooper said.

Randolph then noted, “And you combine that with Lucasfilm already trying to get involved with story aspects of Season 2, which I’ve also heard. Including focusing more on standalone episodes rather than making them more connected, which I’ve heard The Mandalorian creative team wanted to do, which was kind of happening at the end of Season 1.”

She then revealed, “So, when Pedro Pascal went to Lucasfilm, the Mando team was like, ‘You know what, you should just go.’ And Pedro Pascal did. And that happened halfway through filming.”

With The Believer episode giving Pascal plenty of time with his mug being shown sans his Mandalorian helmet, Randolph defended this claim on Twitter.

She wrote, “Look, I will never retract my Pedro Pascal story because it’s true. I’m glad behind the scenes drama hasn’t affected S2 so far. Kudos to Favreau & Filoni for protecting.”

She then teased, “They didn’t announce the Boba Fett show yesterday even though it’s filming, is he the star of Mando S3?” 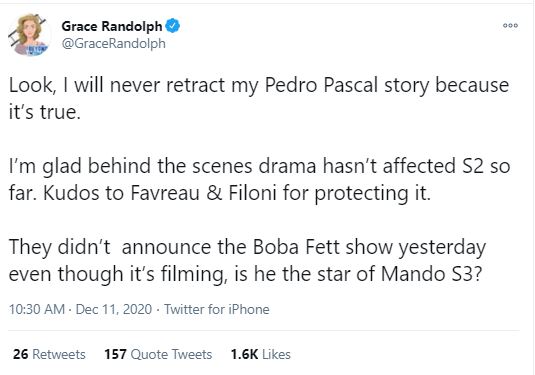 In a subsequent tweet, Randolph would write, “I’ve proven myself with my sources many times, including just yesterday. My job is it to keep you in the loop.”

Randolph then reiterated, “I genuinely hope everything was or will be worked out with Pascal – he’s fabulous on The Mandalorian. He deserves that success and plenty more.” 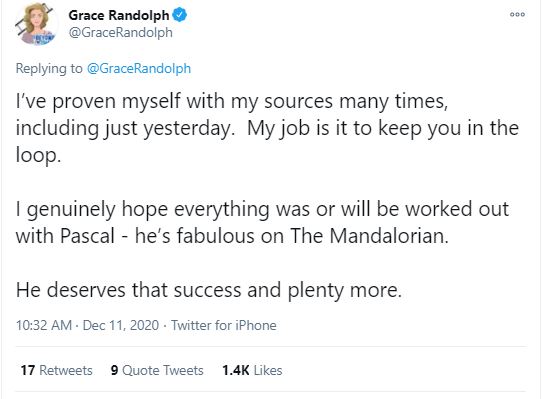 While she teased Boba Fett being the star on The Mandalorian Season 3 on Twitter, she would elaborate in her review and reaction video of the latest episode of The Mandalorian.

Randolph explained, “Boba Fett, his show wasn’t announced yesterday as I also tweeted even though almost every entertainment reporter including the trades, the top trades, has heard that it’s filming as we speak. So is Boba Fett the star of Mando Season 3? It’s very odd that that wasn’t announced.”

“And they are shooting the Boba Fett show now, which timing wise works out perfectly for the December release. They shot Mando Season 2 in October. They started shooting it in October 2019. So that’s basically the same timeline,” she continued. 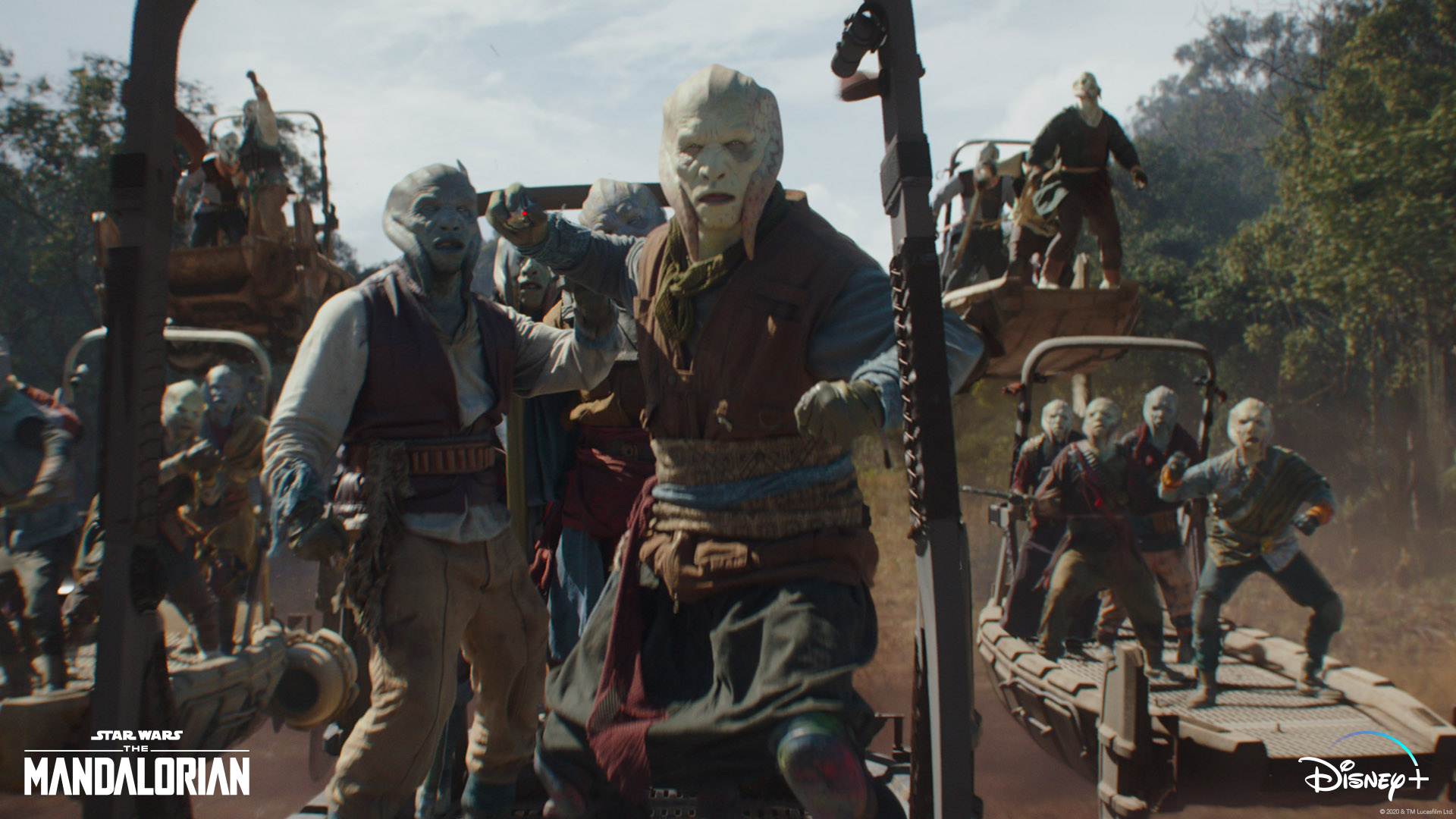 “Remember I told you that the Pedro Pascal drama, as far as my sources had heard, had not been totally resolved as just a few weeks ago,” Randolph added.

Later in the video she would state, “Disney does love to kill parents, I have not heard that is going to happen in the season finale, but I’m just nervous about it. Maybe again he’s just frozen in carbonite or something. We’ll see.” 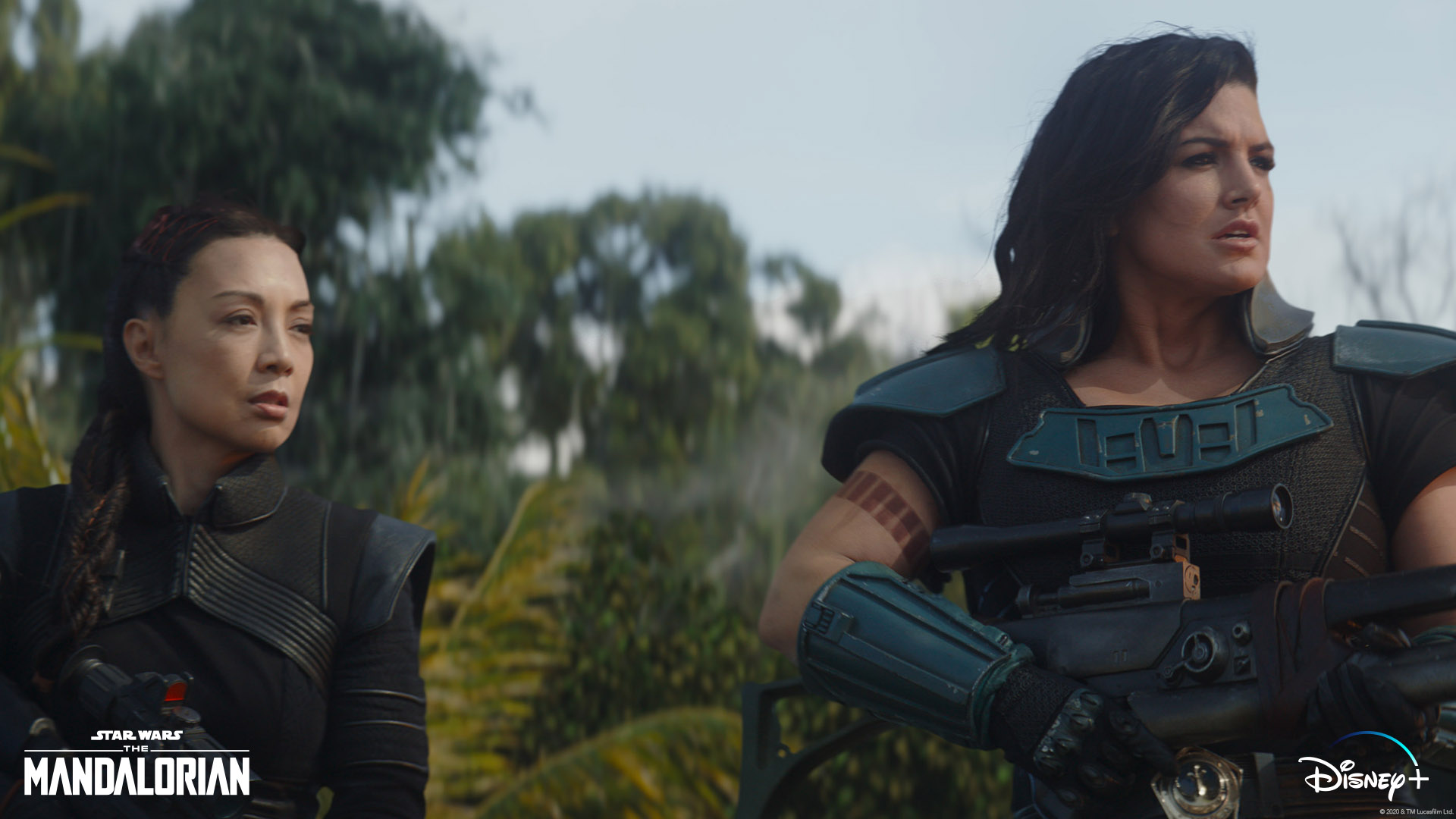 She began, “Now The Mandalorian Season 3 was said to be for December 2021, they said it very quickly during the presentation. Although to be fair the whole presentation moved by at a very fast clip.”

“They didn’t mention the Boba Fett show. I talked about this in my Mandalorian review for this week. Everybody in the entertainment reporting community knows that Boba Fett is shooting right now. So it was very odd for them not to announce it,” Randolph continued. 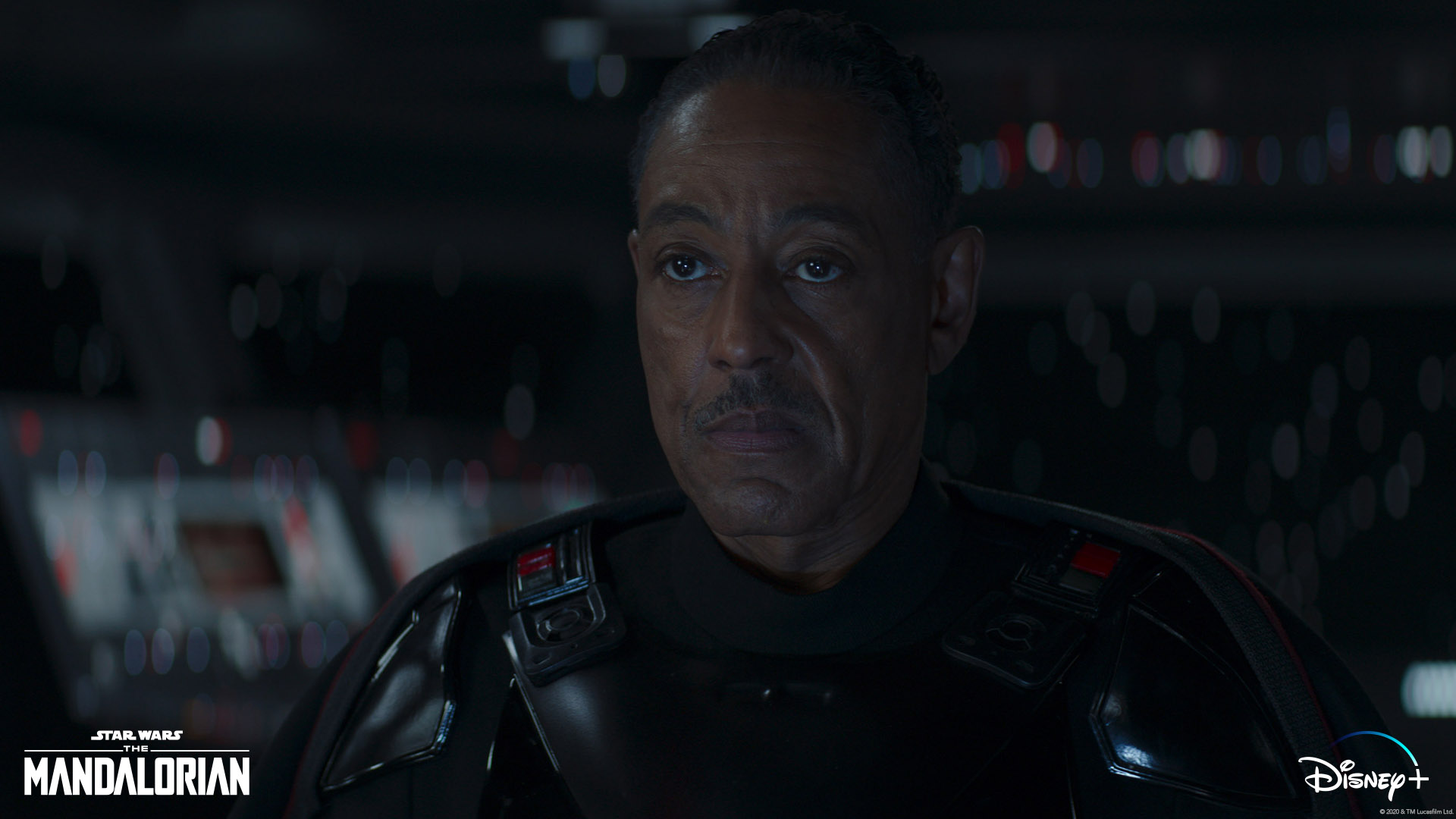 She then added, “My theory is that maybe Boba Fett is the focus of The Mandalorian Season 3. We’ll see what happens in the final episode. Or maybe it’s just a bluff. Although I don’t know why it would be a bluff.”

“But they shot Mandalorian Season 2 around this time and then it came out a year later. So this would tee up with The Mandalorian shooting schedule. We;’ll see what happens. But it was very weird not to announce the Boba Fett show,” she concluded.

What do you make of Randolph’s theory that Pascal’s Din Djarin will be sidelined in favor of Boba Fett?