An episode of Dilbert Creator Scott Adams’ Real Coffee podcast has become one of the first casualties of YouTube’s newly introduced policy banning any content disputing the outcome of the 2020 US Presidential Election.

“The video they deleted is no different from all of my other content,” explained Adams. “I assume they’ll come for the other videos soon.” 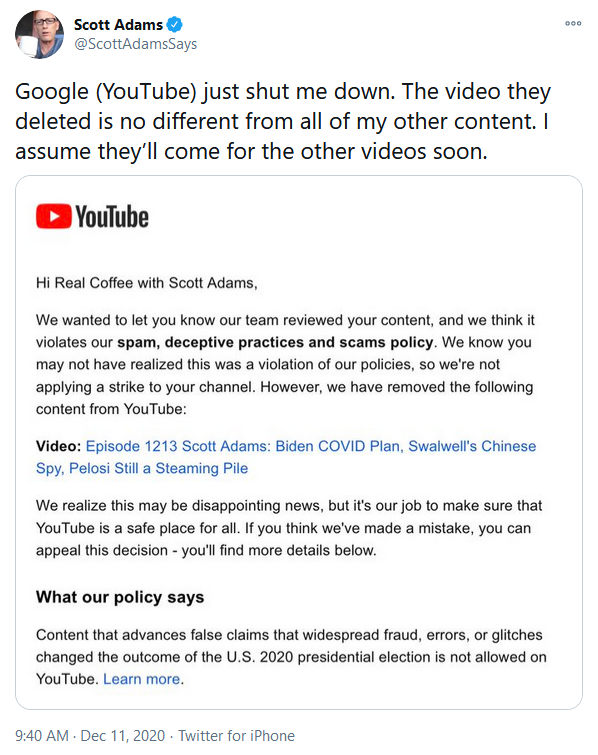 According to YouTube, Adams’ video was removed because “it violates our spam, deceptive practices and scams policy,” specifically the platform’s ban on “content that advances false claims that widespread fraud, errors, or glitches changed the outcome of the U.S. 2020 presidential election is not allowed on YouTube.”

This new policy was introduced on December 9th, on the grounds that “the safe harbor deadline for the U.S. Presidential election [had passed] and enough states have certified their election results to determine a President-elect.” 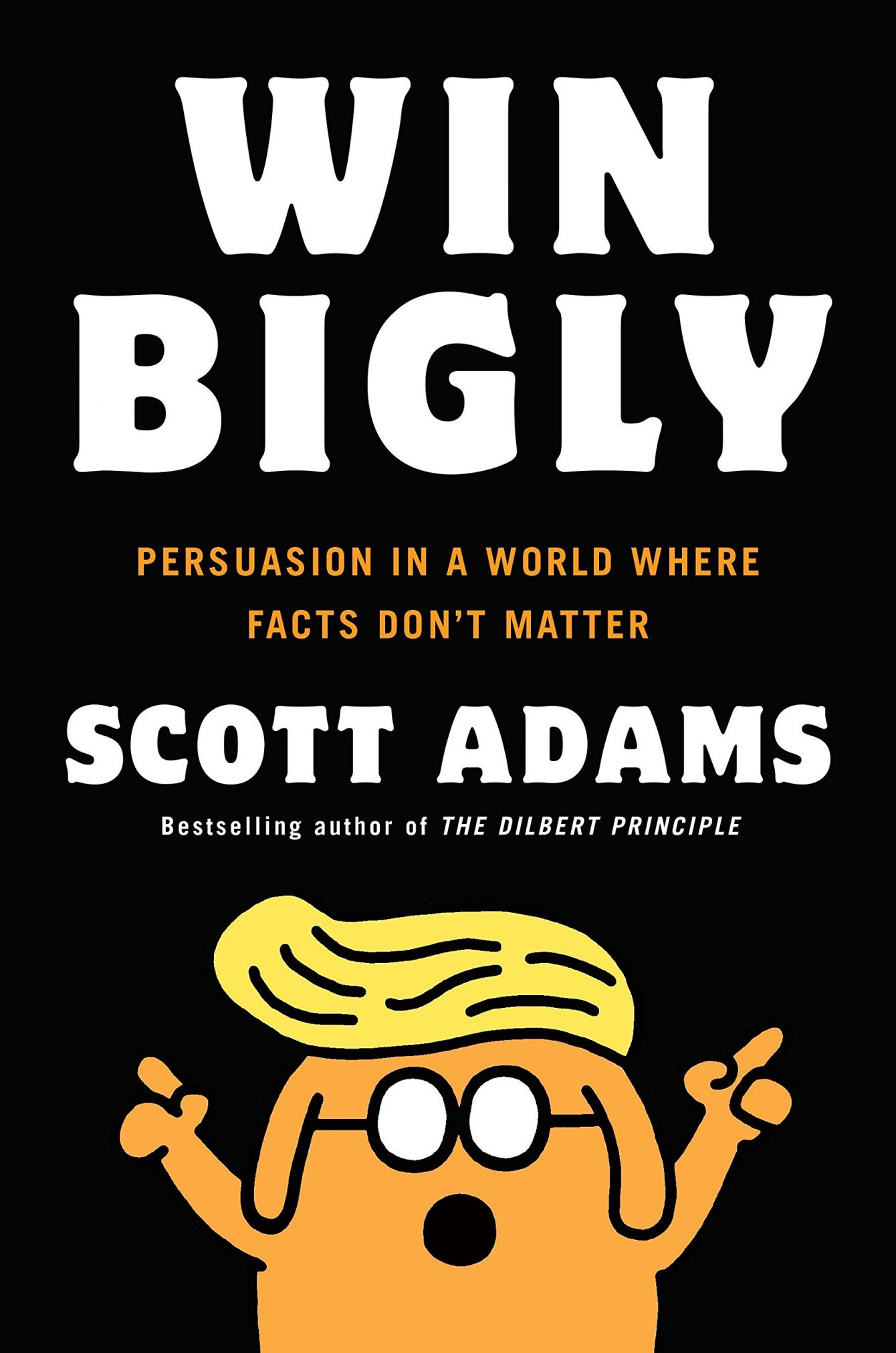 In response to this removal, Adams called on his followers to “ask yourself why a social media platform that has more fake news than real news only blocks election allegations it claims are false, and not everything else.”

“The Republic is dead,” he declared.

Adams also announced that he had opened an account on video hosting competitor Rumble, noting that he had done so “as soon as YouTube applied government censorship (in effect) on my totally reasonable content.” 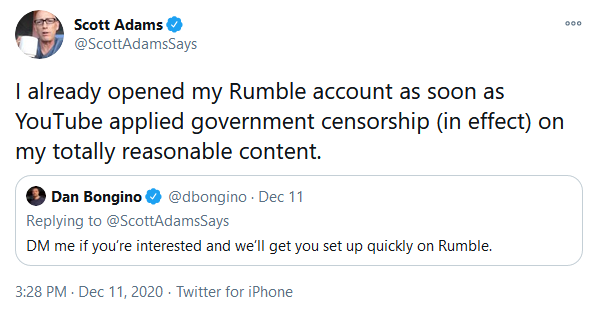 As of writing, the specific episode of Real Coffee in question is still unavailable on YouTube.

What do you make of the removal of Adams’ podcast Let us know your thoughts on social media or in the comments down below!