Top Hat Studios has responded to calls to censor their upcoming Nintendo Switch release of their title Sense – 不祥的预感: A Cyberpunk Ghost Story by publicly refusing to alter the content of their game. 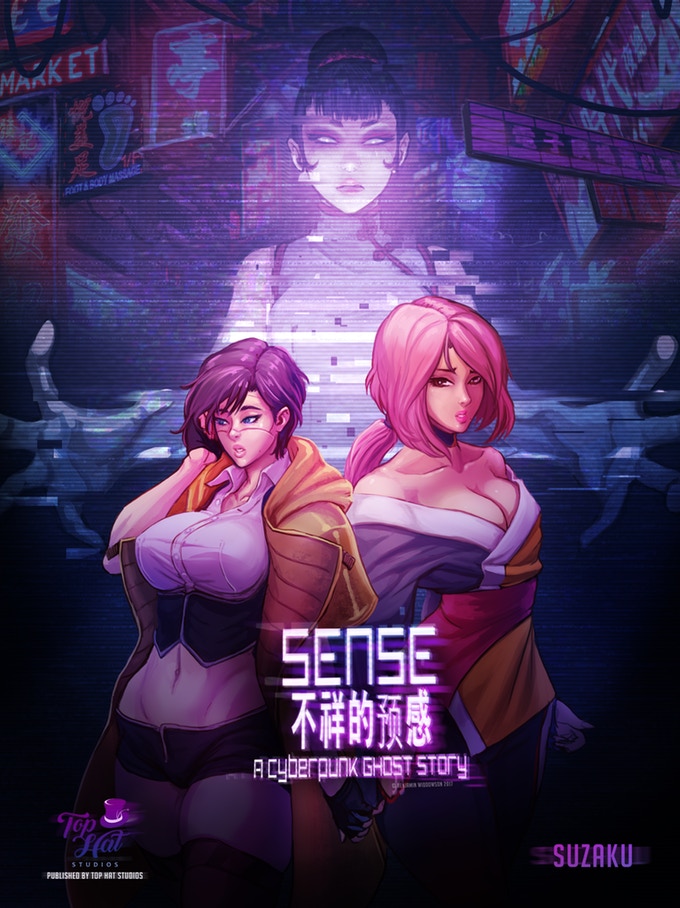 Described as “A 2.5D horror game inspired by Clock Tower and Fatal Frame, mixing cyberpunk with traditional Cantonese folklore”, Sense was originally dropped for PCs in August 2020, with a release on the Nintendo Switch set for January

However, as the game’s January 7th release date approached, some players took to social media to demand that the game be censored, as many critics took particular issue with Sense’s buxom, anime-inspired art style, which they believed perpetuated misogynistic and sexist ideas. 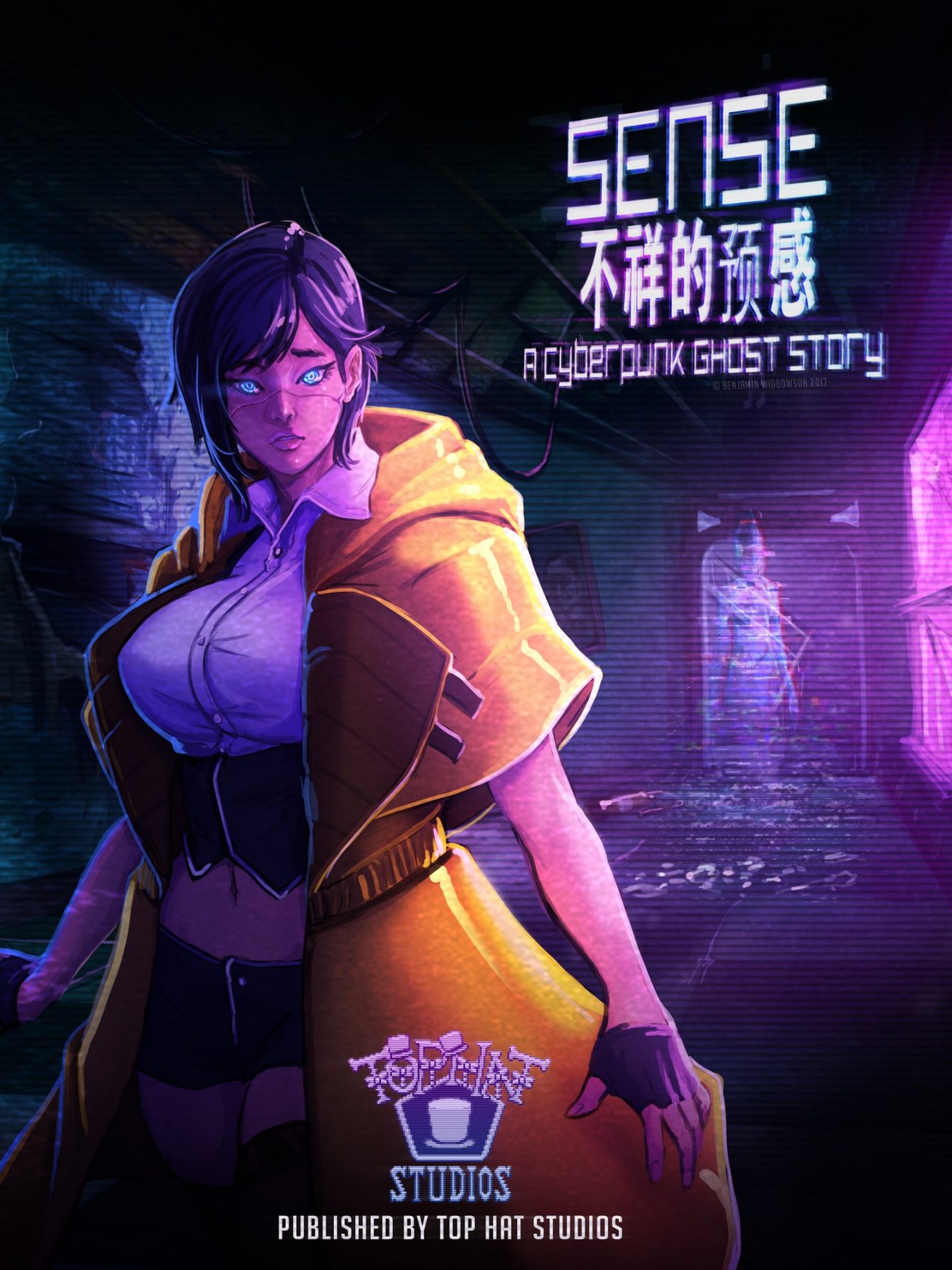 In response to the growing demands to censor their game, Top Hat Studios issued a statement on Twitter asserting that they were aware “of a large amount of messages and demands aimed toward the games’ console platform release based on lies (claims that it is explicitly “pornographic” or somehow “encourages violence” or, most ridiculously, somehow “breaks the law”)” and that “voices have attempted to advocate making sale of the game untenable through demanding harsh censorship aimed towards the developer’s artstyle, with threats to “review-bomb” the game and/or harass its distributors.”

Top Hat Studios then revealed that they had also “received death threats from those who feel threatened by what essentially boils down to an aesthetic decision of how pixels are arranged on a screen”, noting that while they were “disappointed at these behaviors”, they were also “not surprised.” 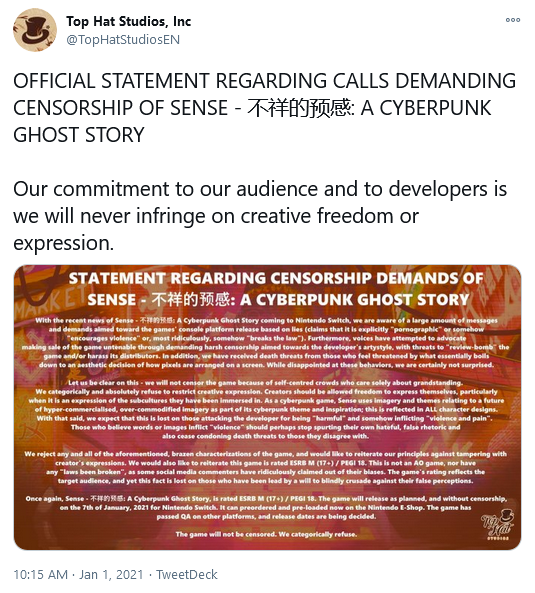 Related: Sam & Max Save The World Remastered Changes Several Jokes That Developers “Were Uncomfortable Including in 2020”

“Let us be clear on this – we will not censor the game because of self-centered crowds who care solely about grandstanding,” declared Top Hat Studios. “We categorically and absolutely refuse to restrict creative expression. Creators should be allowed freedom to express themselves, particularly when it is an expression of the subcultures they have been immersed in.”

They continued, explaining how “As a cyberpunk game, Sense uses imagery and themes relating to a future of hyper-commercialised, over-commodified imagery as part of its cyberpunk theme and inspiration; this is reflected in ALL character designs.” 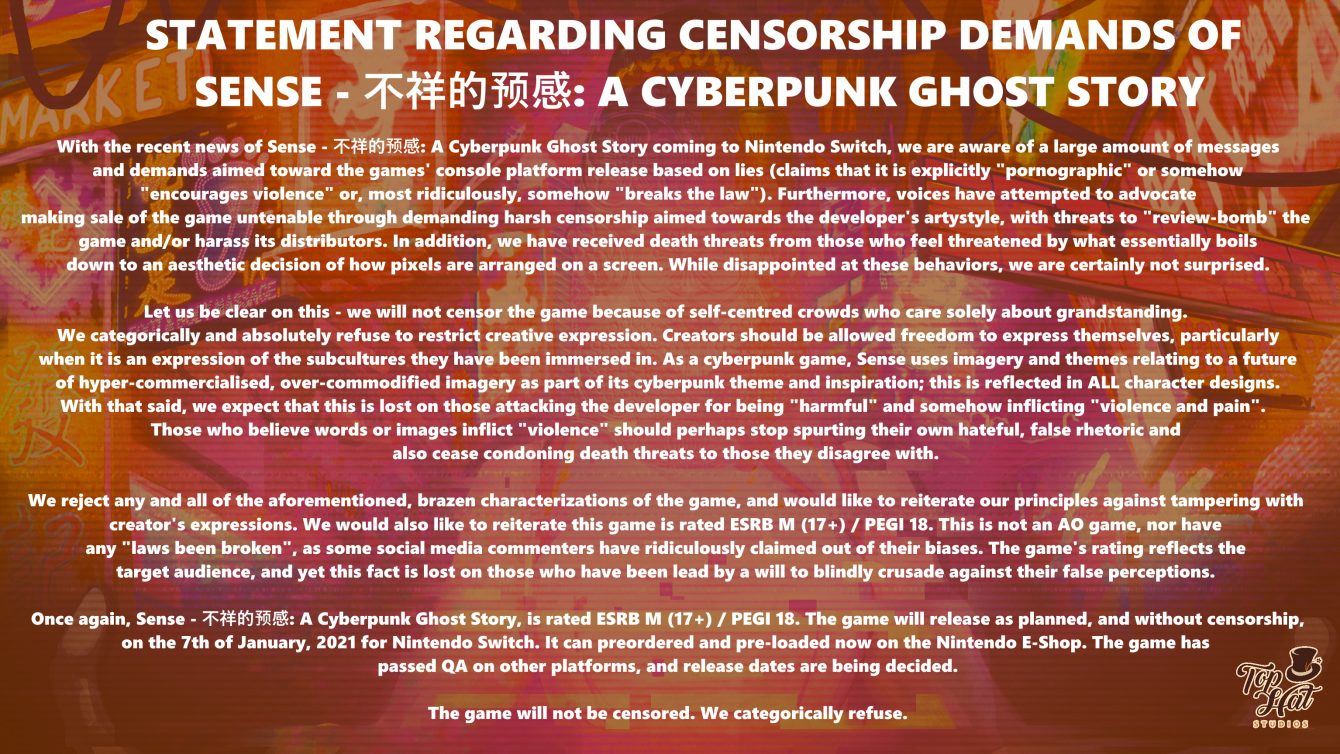 “With that said, we expert that this is lost on those attacking the developer for being “harmful” and somehow inflicting “violence and pain”,” Top Hat Studios stated. “Those who believe words or images inflict “violence” should perhaps stop spurting their own hateful, false rhetoric and also cease condoning death threats to those they disagree with.”

As their statement drew to a close, Top Hat Studios further noted that they “reject any and all of the aforementioned, brazen characterizations of the game, and would like to reiterate our principles against tampering with creator’s expressions” and took a moment to “reiterate this game is rated ESRB M (17+) / PEGI 18.” 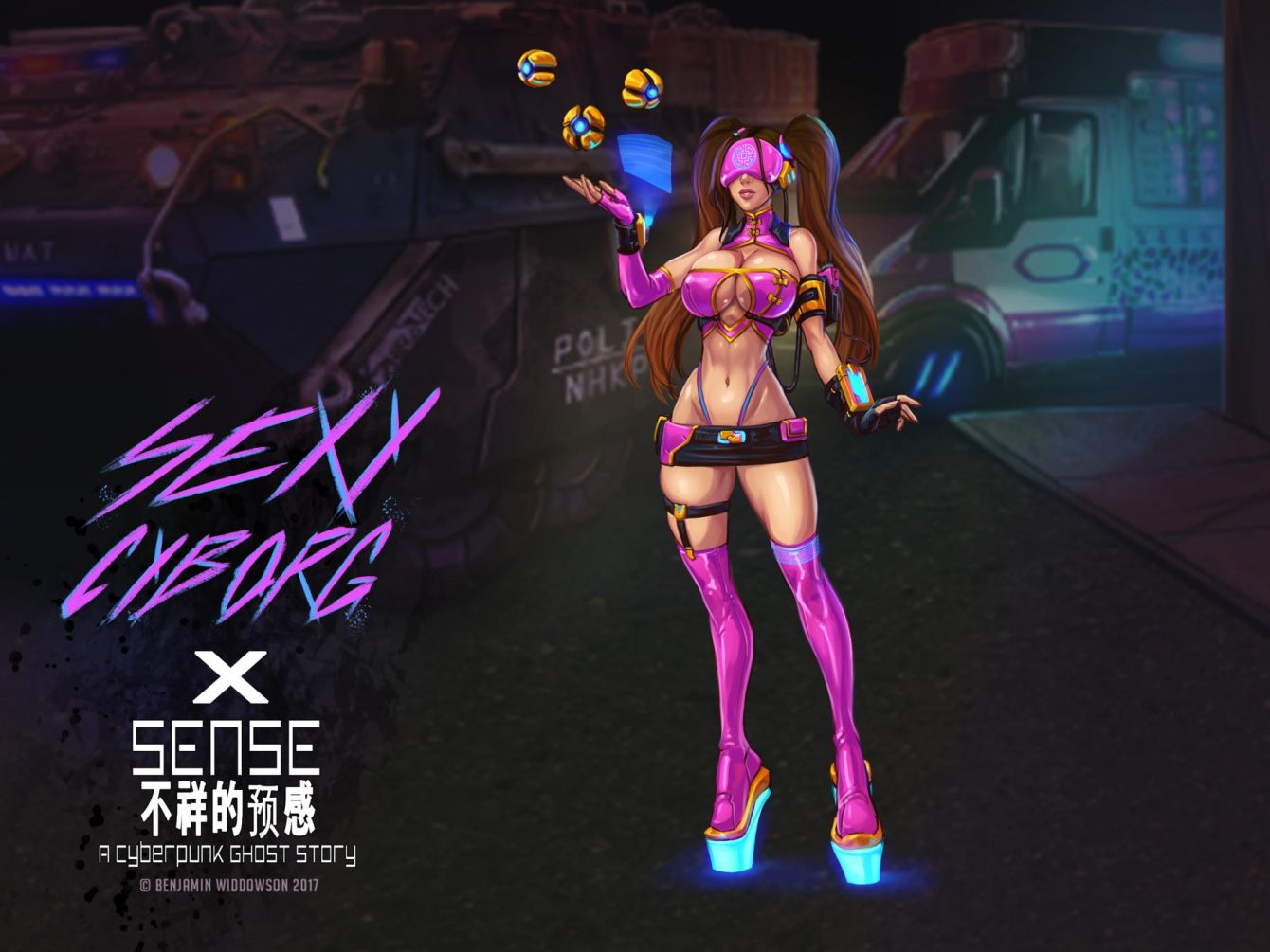 “This is not an AO game, not have any “laws been broken”, as some social media commenters have ridiculously claimed out of their biases,” Top Hat corrected their critics. “The game’s rating reflects the target audience, and yet this fact is lost on those who have been lead by a will to blindly crusade against their false perceptions.”

“The game will not be censored. We categorically refuse,” read the final line of their statement. 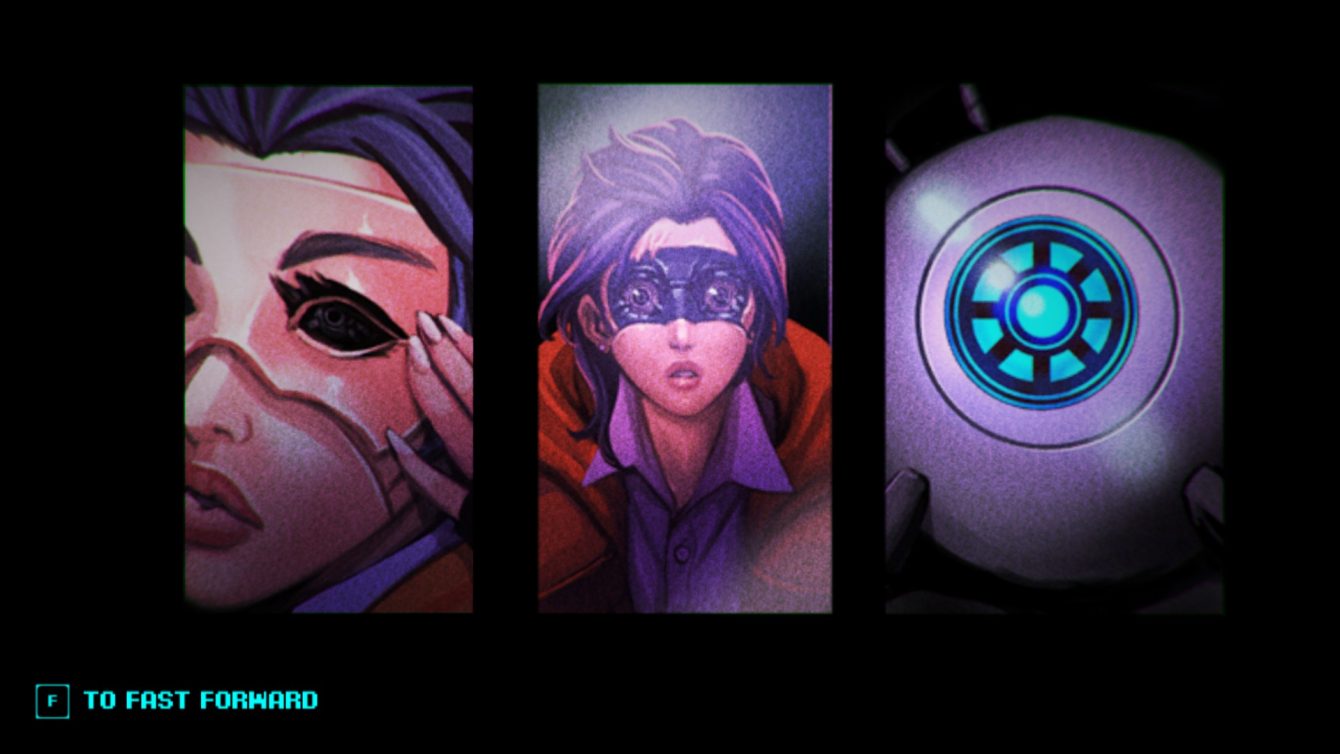 Several hours later, Top Hat Studios once again took to Twitter, this time to expose the severe amount of vitriol leveled against both themselves and Sense.

In a multi-tweet thread, each post featuring a respective collage, with each individual username being censored in order to avoid causing “further fights”, of accusations and insults, directed towards the publisher, the developer, and the game. 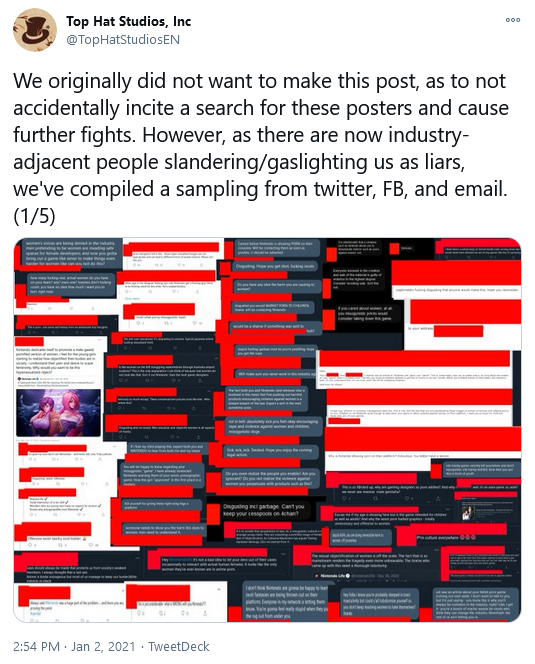 “What misogynist hell is this” asked one poster. “These hyper sexualized images are not appropriate and can lead to different forms of sexual violence. Please sort this out. 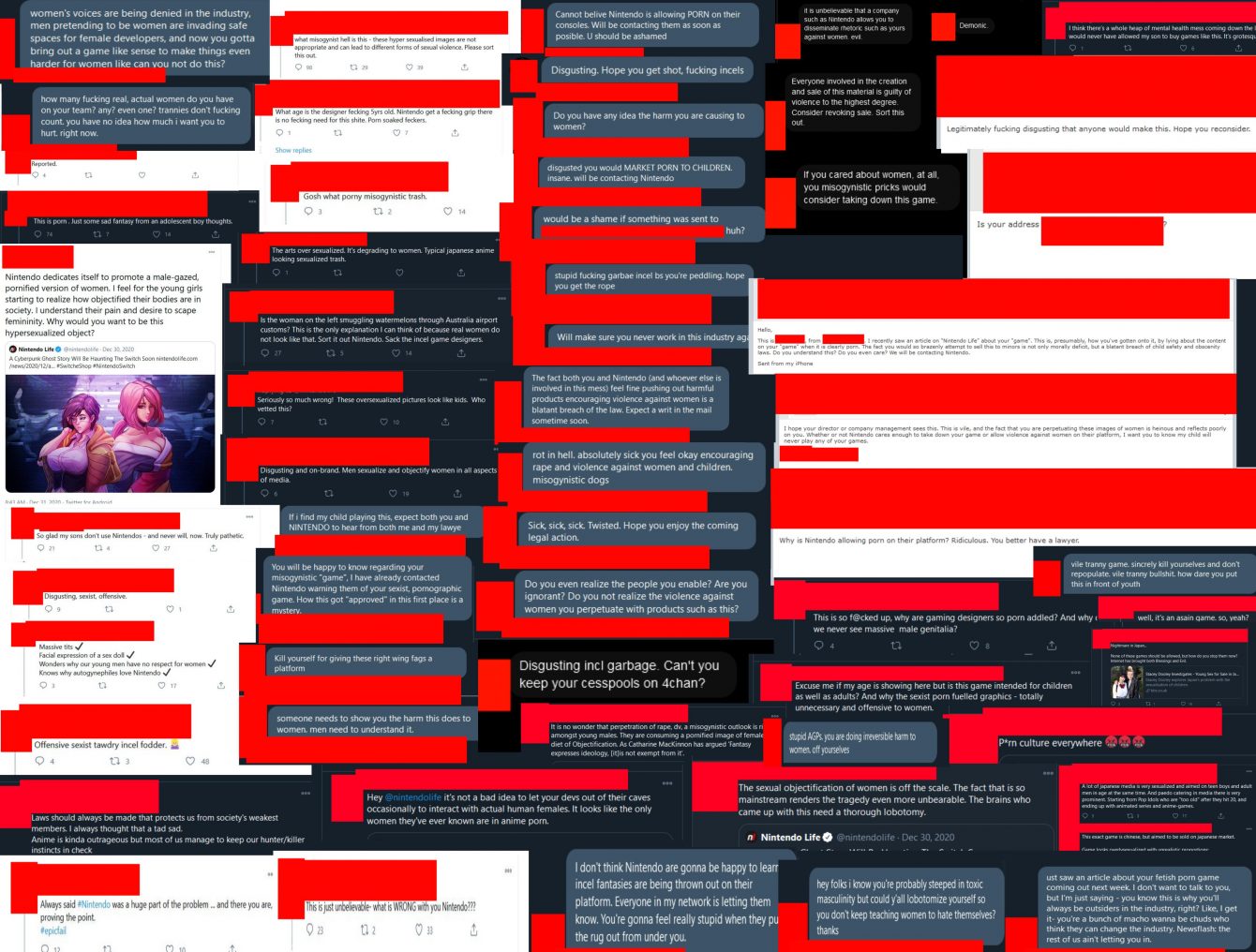 As Top Hat Studios spoke on to the threats made against them, they shared their opinion that “Skepticism is healthy in this industry, but it is not universally applied”, as “not only were many of these comments actively findable in <10 seconds to verify, but many “curious” individuals seem to have a vetted interest in slandering us as liars because of their connections.” 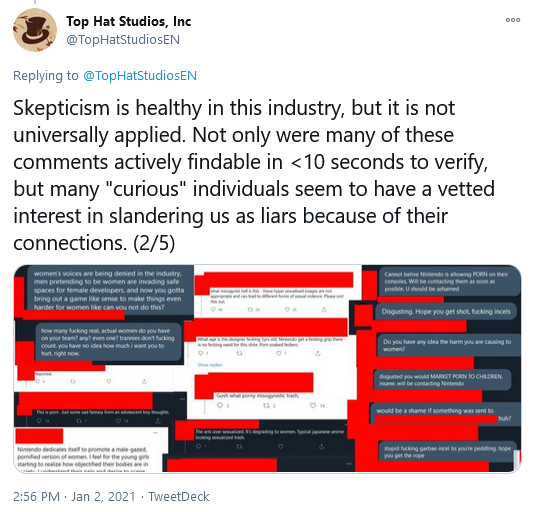 “We don’t blame people for being skeptical; but keep this energy toward other claims,” added Top Hat Studios. “This isn’t a marketing campaign. The game released 5 months ago originally. This was a pre-emptive response to what we saw as a rising, ridiculous spread of lies and slurs aimed at us.” 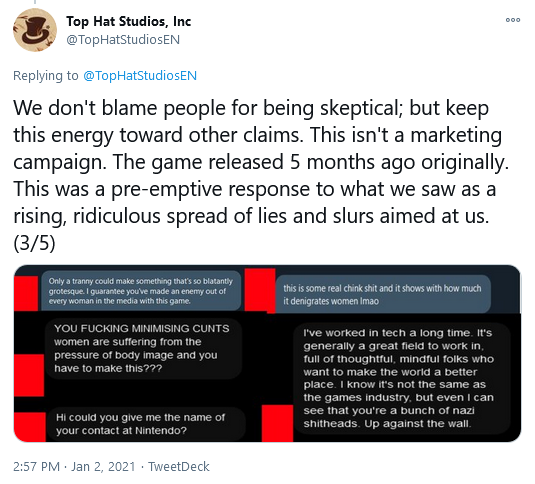 Further rejecting the accusations that their statement was made out of a desperate bid for attention, Top Hat Studios wrote “We can play semantics, but if you can’t understand why a response to such is needed, you’re being willfully obtuse.”

“We couldn’t let false, hateful info spread, and also wanted to reinforce our stance against creative infringement,” they said. “It certainly got bigger than we expected.” 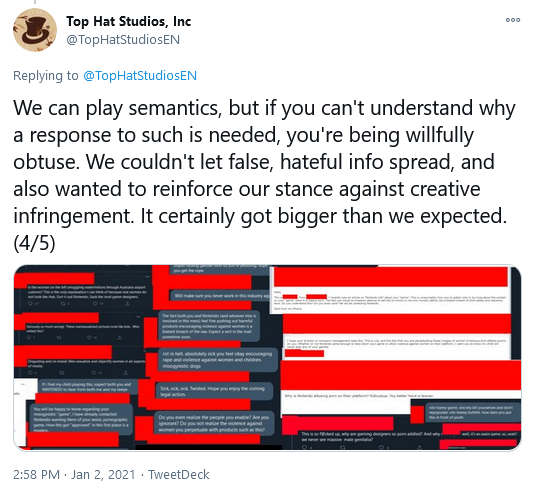 “With that said, we appreciate, sincerely, the overwhelming support – really,” concluded Top Hat Studios. “As we said we didn’t want to make this post, but we aren’t going to allow people to spread lies – no less from those with a vetted interest in calling us liars. We aren’t changing Sense’s content.” 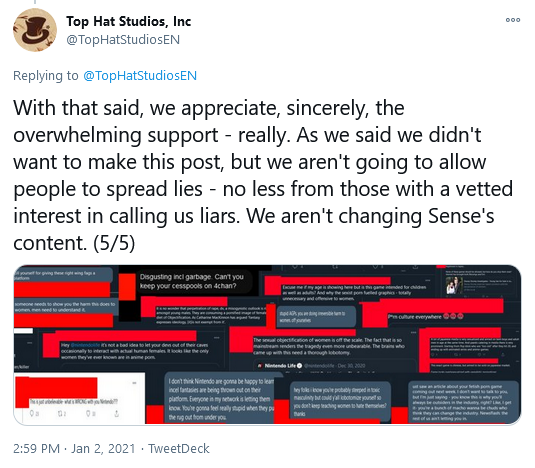 Top Hat Studios’ sentiment echoes that of Sense creator Benjamin Widdowson, who amidst a similar storm of sexism accusations directed towards the game during its development for PC, asserted that “anyone who thinks that censoring videogames, movies, comics, etc. for ANY reason has the markings of a tyrant and should never be listened to by anyone.”

“Too many have fought, bled and died for a bunch of early 20 something twerps with useless BA/Gender Studies/HR degrees to shut down the freedom to create freely because they lack the ability to make things that people actually want and like” said Widdowson. 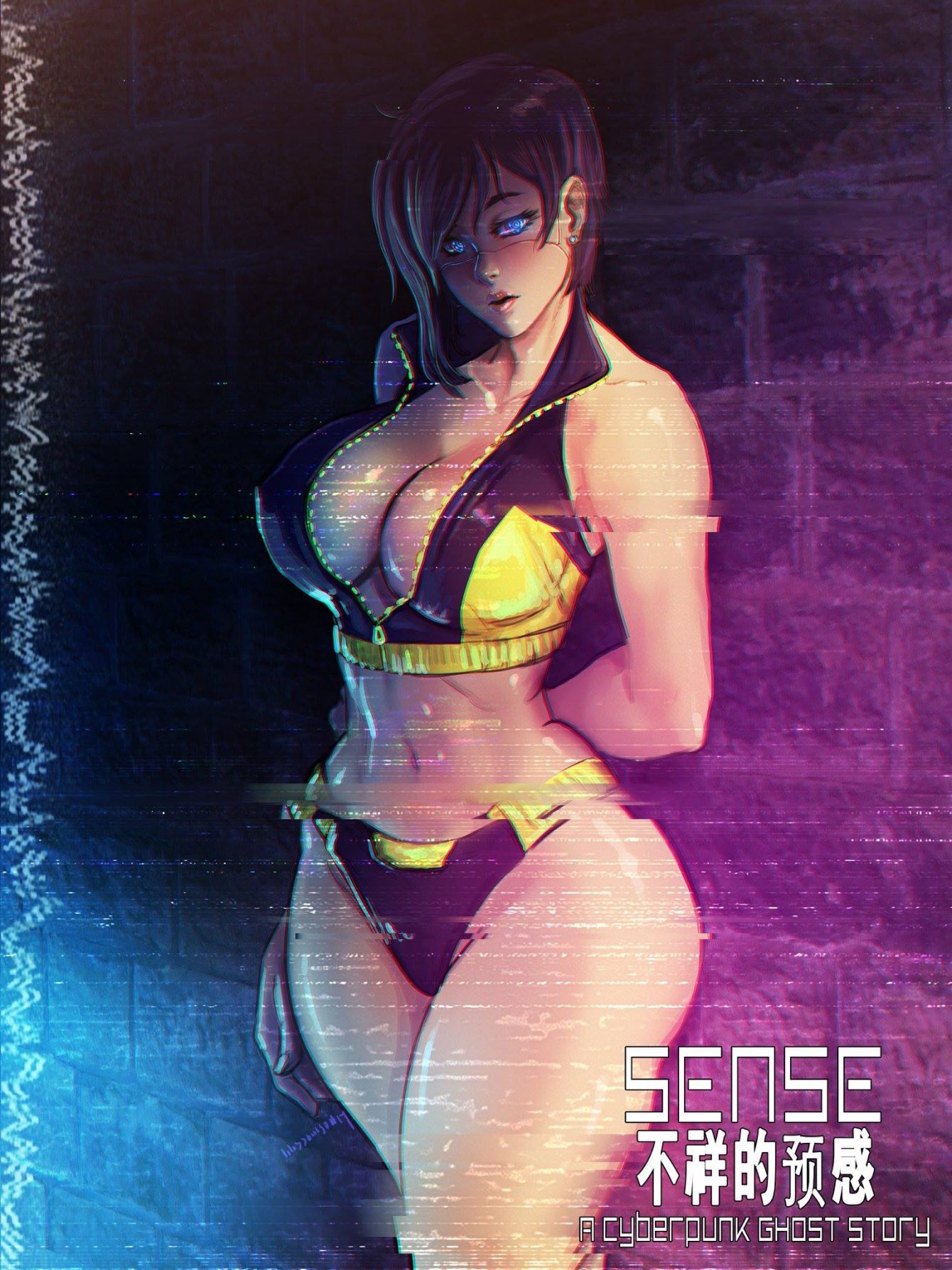 What do you make of Top Hat Studios’ response? Let us know your thoughts on social media or in the comments down below!