The two characters Wayne fixed were the Jedi Ram Jamoram and the smuggler Leox Gyasi. 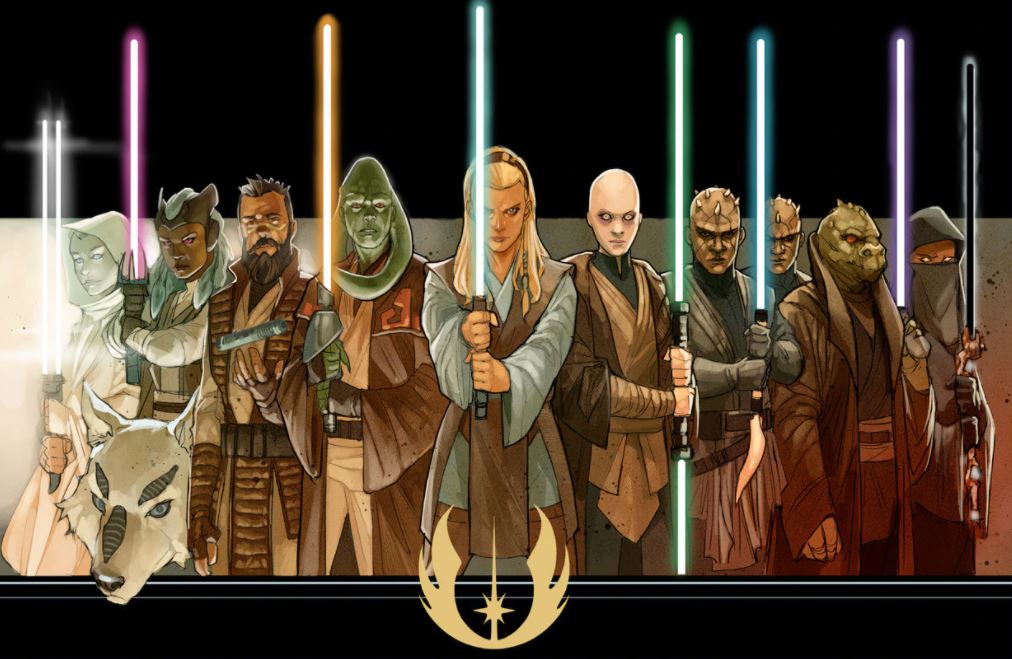 She described him as “a pilot who some of this scoundrel energy, but isn’t Han Solo at all. And somehow my brain was like you need to give 1990s Matthew McConaughey a spaceship and see what would happen.”

Here’s the official concept art for the character from Lucasfilm.

He described the Jedi saying, ““He’s also a really cool character because he’s very mechanically minded. He actually really doesn’t like all the stuff, all the pomp and circumstance type stuff that goes along with being a Jedi.”

“He just wants to hide in his garage and repair things. And he sort of uses the Force to do that. Not that he has a special Force power, but he thinks mechanically so his powers are inclined in that direction,” he added.

Here’s the official concept art of the character released by Lucasfilm.

While Claudia Gray imagined Leox as a Matthew McConaughey character from the 1990s, it appears Wayne gave him more of a Magic Mike mixed with Dallas Buyers Club vibe.

He removes Gyasi’s shirt and only leaves his shoulder pads. His pants are also removed and replaced with a pair of short pinkish shorts. To top off the fix, he dyes Gyasi’s hair the same pinkish color as his short shorts. 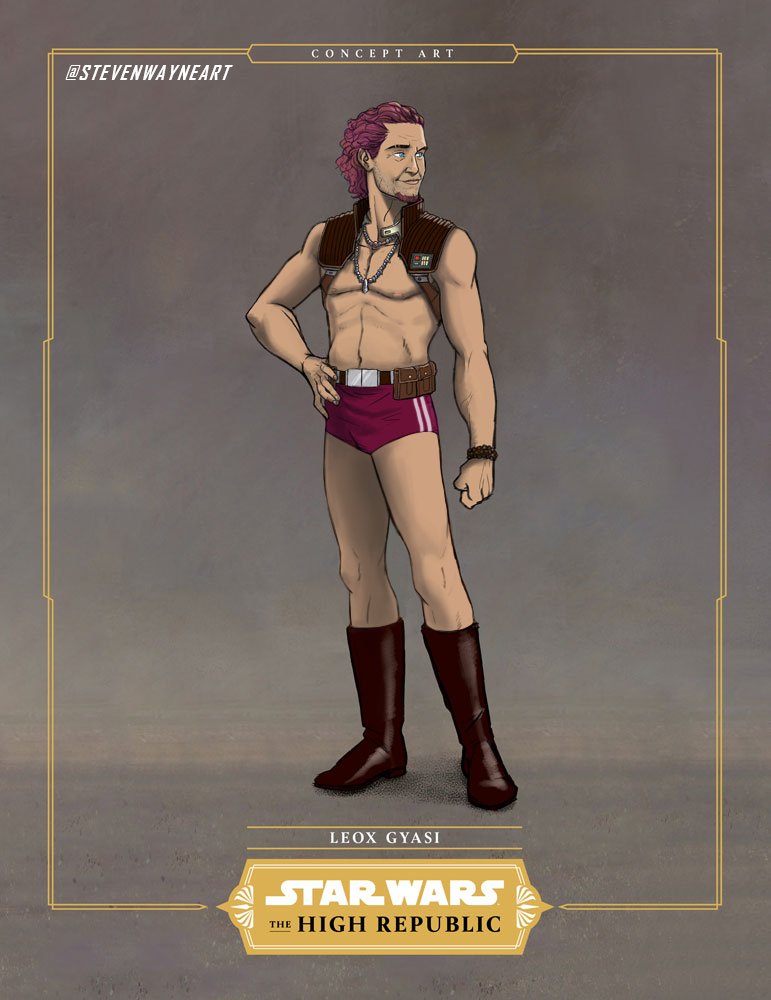 Not only does he have a purple jam filled Danish in his right hand, but he’s apparently a very messy eater as the jam is all over his clothes. It’s more than likely that Ram Jamoram does enjoy his sweet treats and apparently has plenty of time to indulge in them as well as he dislikes doing the activities of a Jedi. 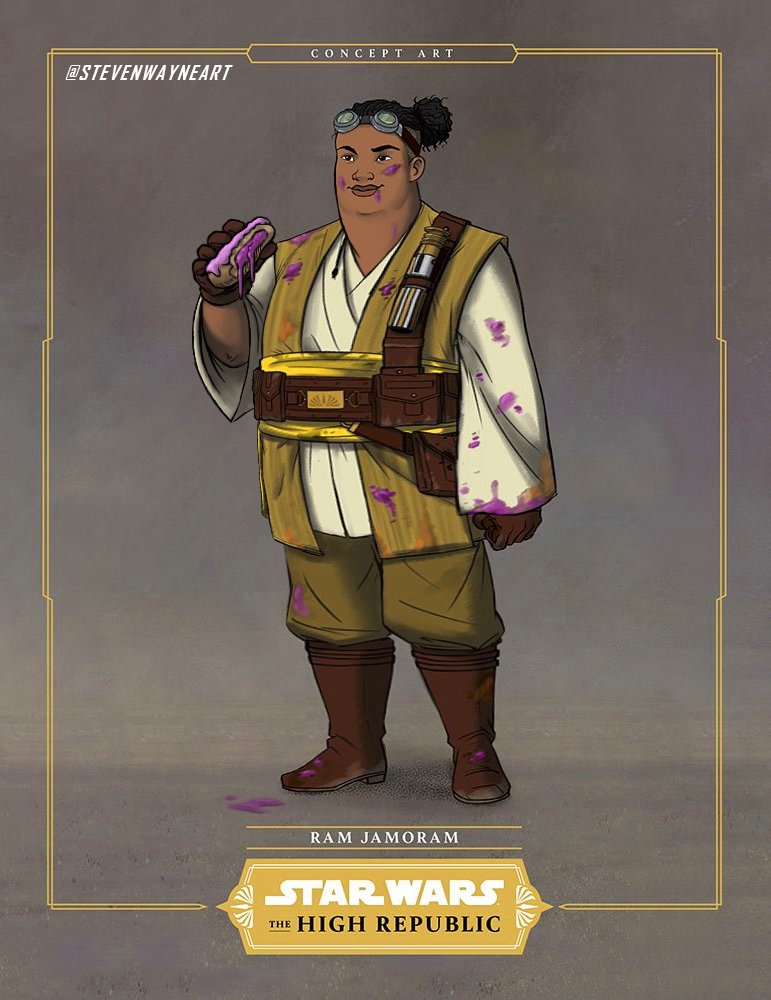 Obviously, these “fixes” are a joke.

Instead of actually providing a higher quality design as Wayne typically does, he instead embraced Lucasfilm’s original woke, ugly concept art and accentuated it to show just how unattractive and unappealing these characters are.

What do you make of Wayne’s fixes for these new woke Star Wars: The High Republic characters?