Actor Alec Baldwin recently revealed a dream he had that President Donald Trump would be executed via hanging.

Baldwin took to Twitter where he wrote, “I had a dream Trump was on trial for sedition. And outside the courthouse, a noose was hung from a makeshift scaffold.”

He added, “The noose was made of recycled Covid masks.”

Baldwin is no stranger in imagining President Trump’s death. Back in November, Baldwin wrote, “Bury Trump in a Nazi graveyard and put a swastika on his grave.”

He added, “The majority of Americans made the right choice. Trump is a maniac.” 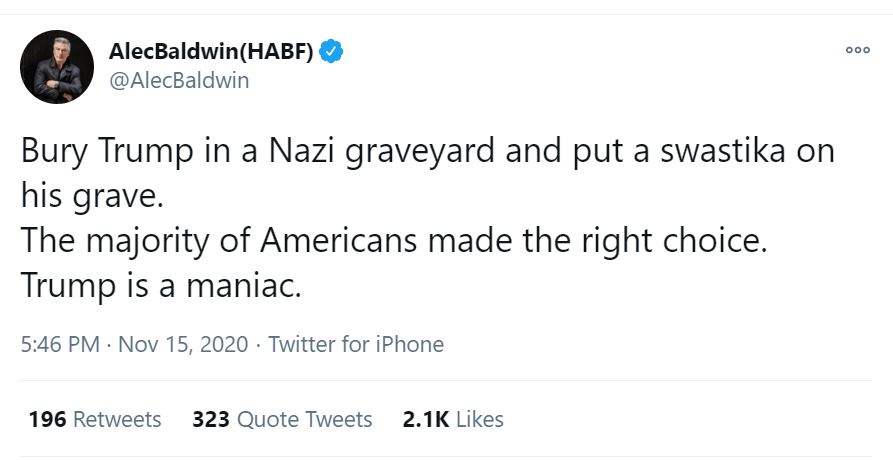 In April 2020, he declared that President Trump has no soul.

Baldwin wrote, “People write directly to Trump here on Twitter with the assumption that Trump has an ear, let alone a soul, to turn in their direction Trump has no ear. He has no soul. He is, as I’ve written before, the objective negative function. Like fire or a tornado, he only destroys.” 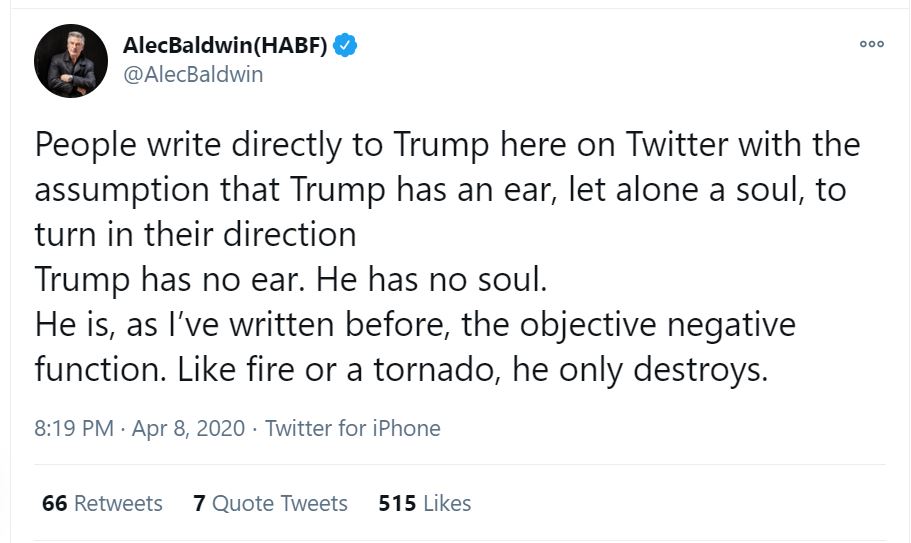 He wrote, “Trump has reached for, and nearly gained, a control of the federal govt unrivaled by other Presidents. He fired huge numbers of govt professionals. He streamrolled the Congress, whenever possible. And now this.”

Baldwin added, “If you vote for Trump again, you are mentally ill.”

He would then write in a separate tweet, “This is the White House press secretary. If you are African American and vote for Trump, you are mentally ill.”

Baldwin isn’t the only actor to imagine the deaths of President Donald Trump or his family.

Back in August 2019, Actor Tom Arnold imagined himself standing over the corpse of Donald Trump Jr. 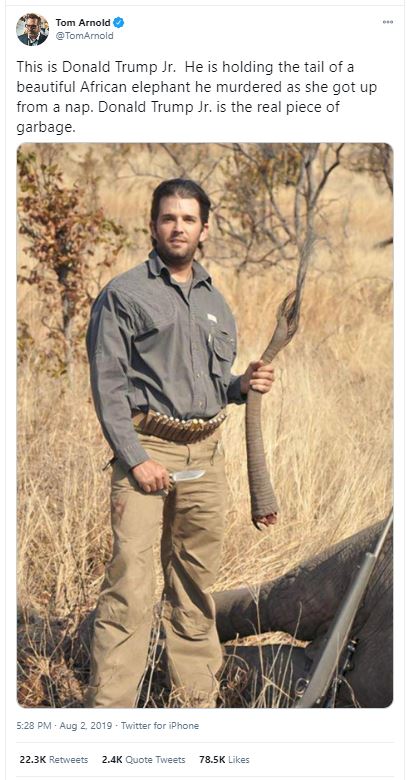 In a follow-up tweet, Arnold would write, “Looking forward to the day I’m standing over him wearing my bullet belt & safari khakis, my cartoon sized Daniel Boone buck knife in one hand his his teeny tiny tail in the other..” 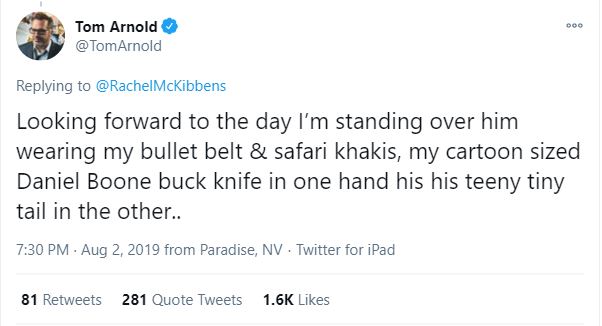 What do you make of Baldwin’s comments?