As the release date for Godzilla vs. Kong gets closer, the hype for the film is building.

Twitter user and sculptor mokomoko_2015 got in on the hype when they shared their latest creation to the social media platform, a Godzilla snowman.

In a translation provided by Google, Mokomoko_2015 wrote, “It’s finally a showdown with Kong!” 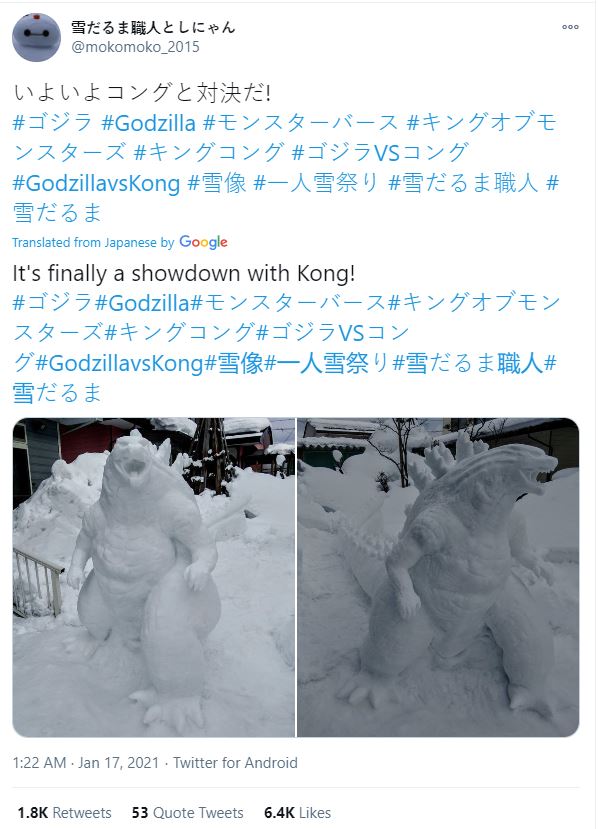 Here’s a better look at the first image. 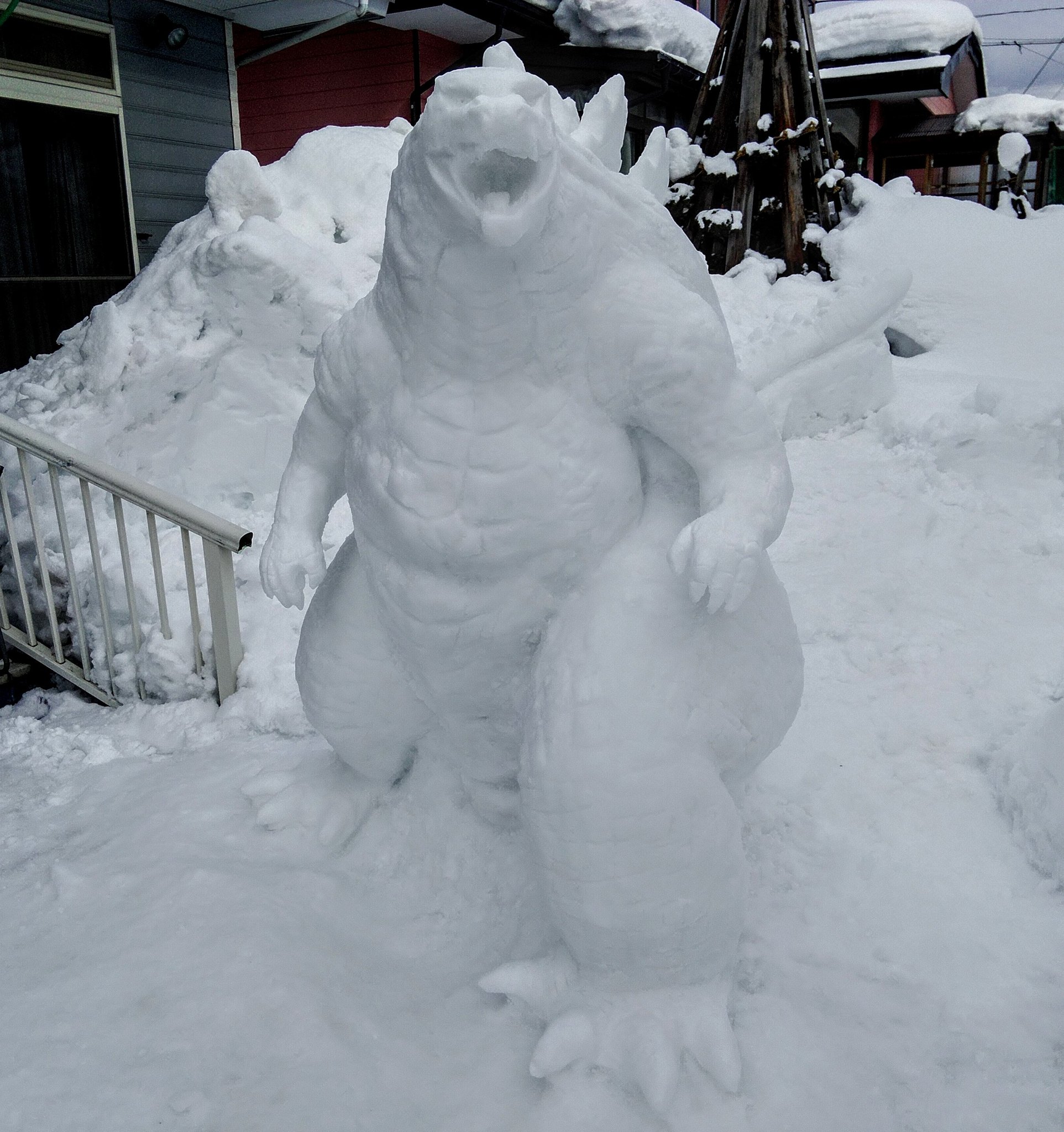 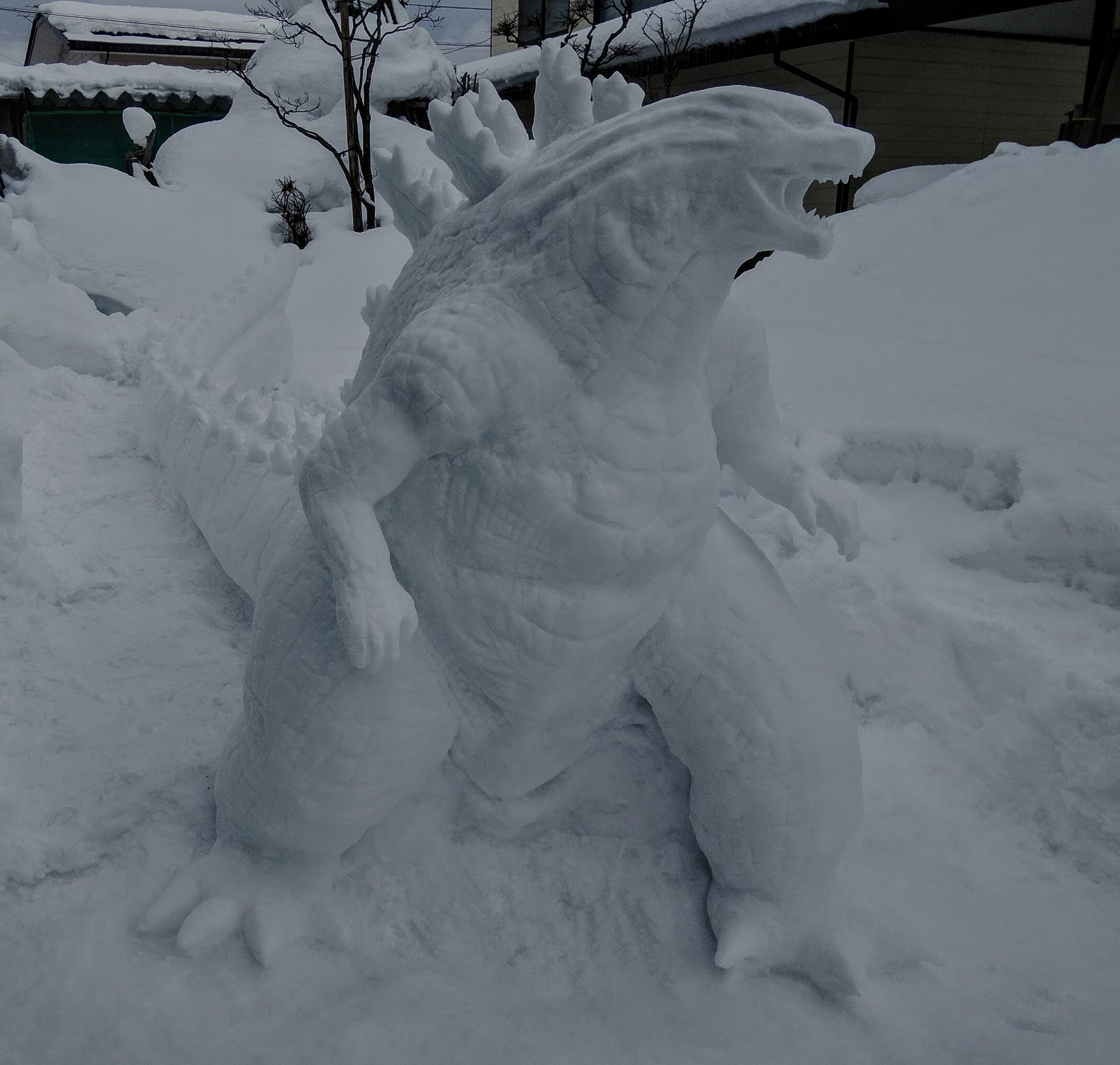 The only thing that might be missing is Godzilla’s atomic breath.

Well, in a follow-up tweet Mokomoko_2015 added some LED lights to show Godzilla powering up his iconic atomic breath attack.

Mokomoko_2015 confirmed these were LED lights in response to a follower. 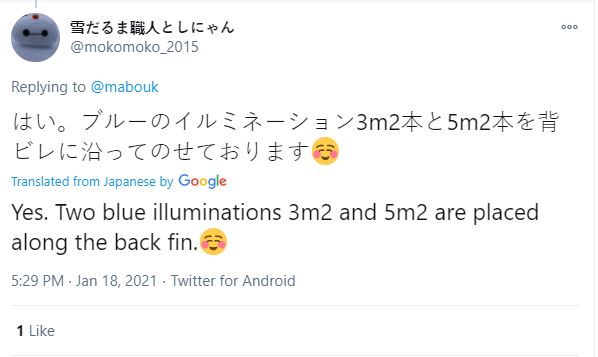 Godzilla vs. Kong will indeed feature a fight between the two titans. A recent teaser clip from the film shows Kong socking Godzilla right on the keester.

Other new details about the film seem to confirm leaks that Mechagodzilla will be showing up as well and he will be built by a company called Apex that specializes in cybernetics.

Godzilla is not the only snow creation Mokomoko_2015 has shared to Twitter.

Earlier this month, they shared a snow sculpture of the Pokemon Magikarp. 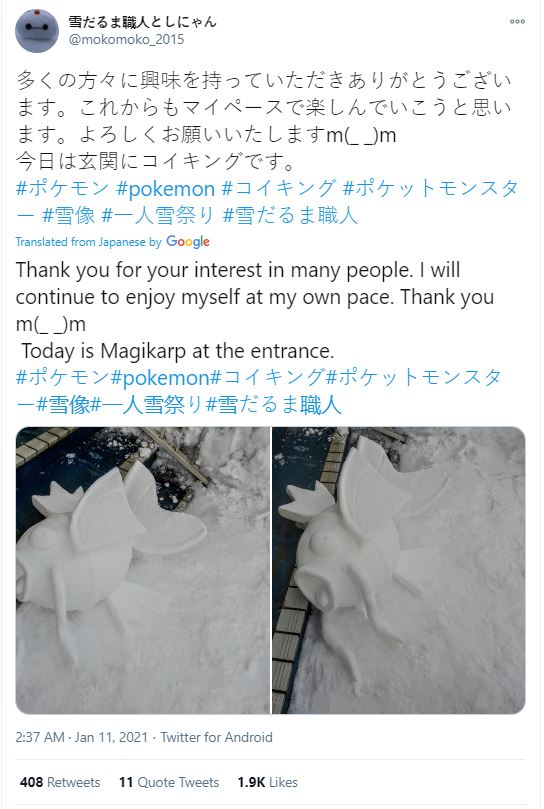 Here’s a better look at the first one. 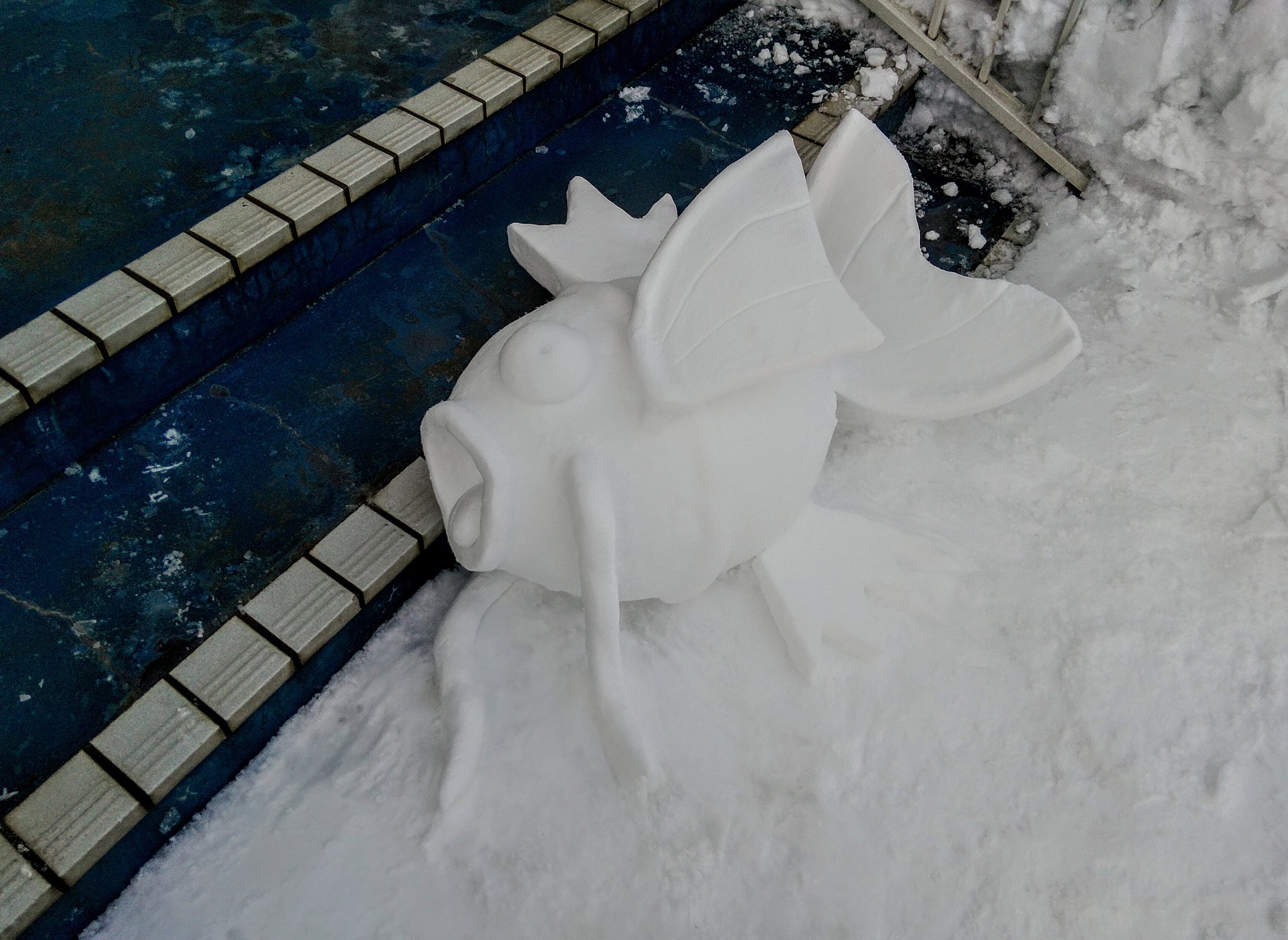 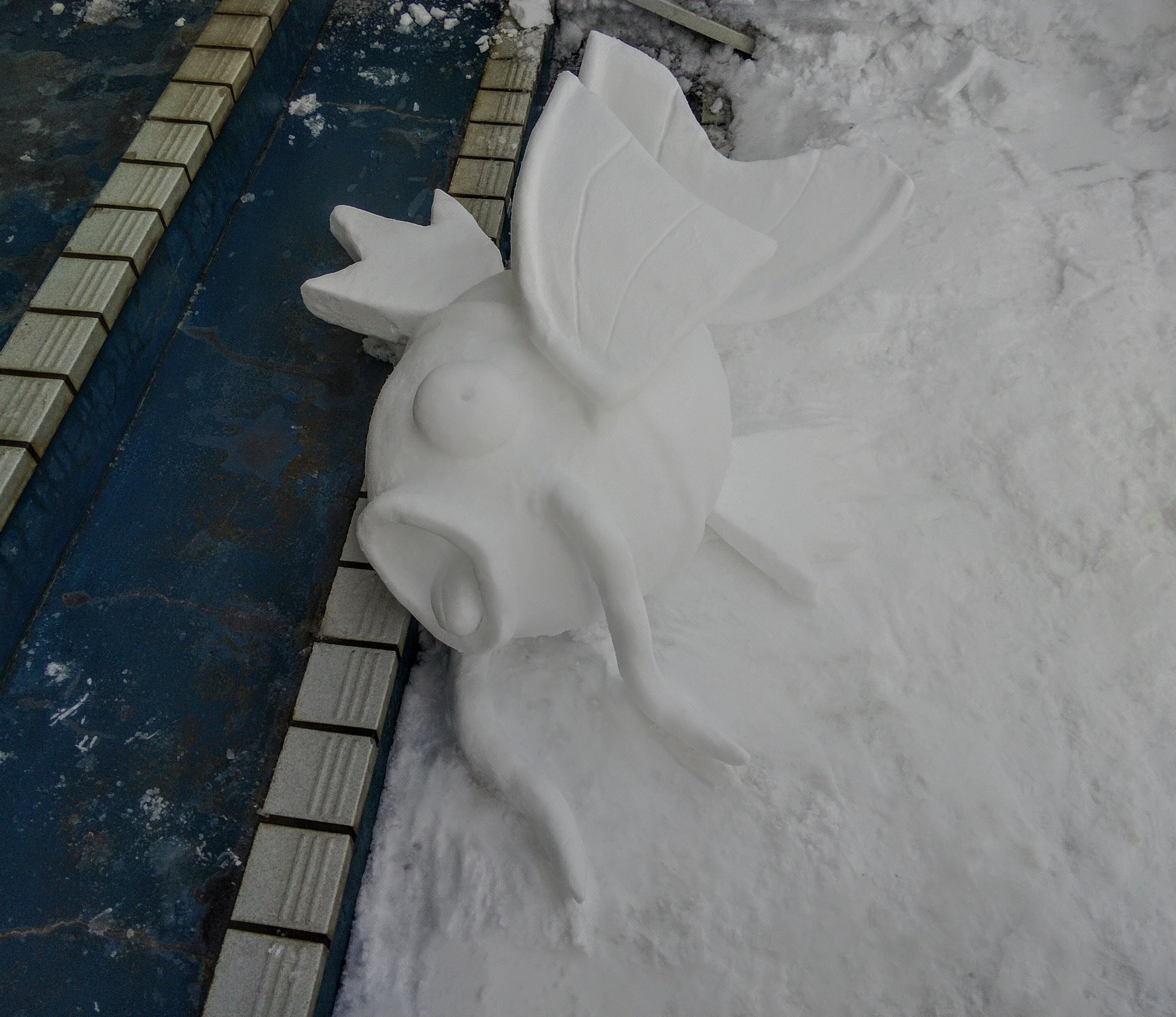 Magikarp is not the only Pokemon that’s been turned into a snow sculpture. 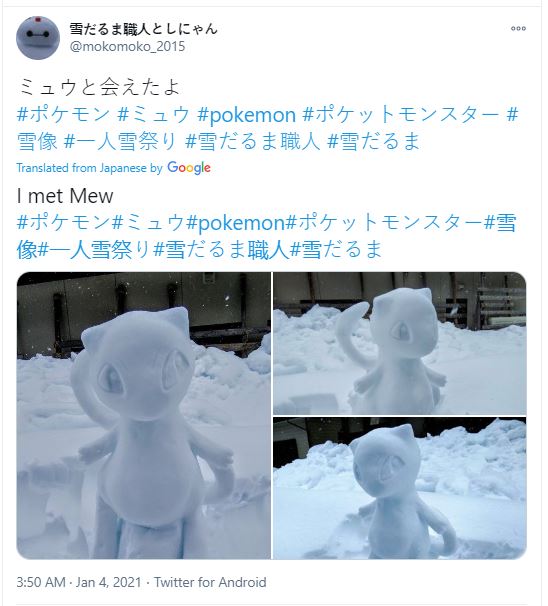 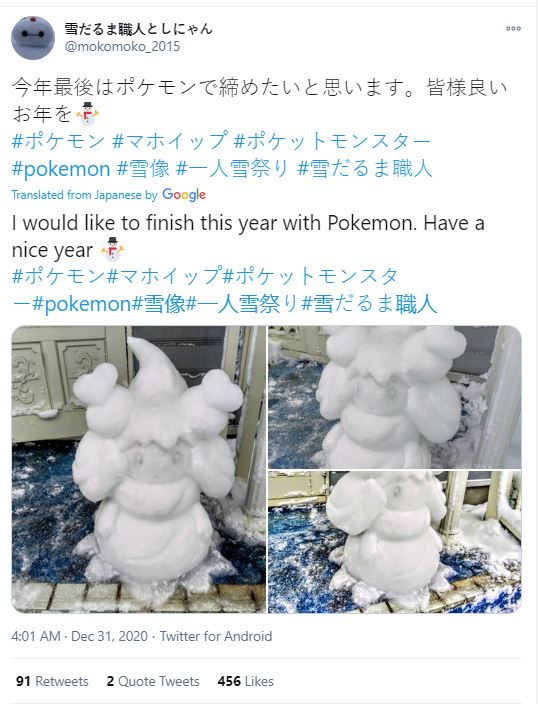 Pokemon and Godzilla were also joined by Rui from Demon Slayer. 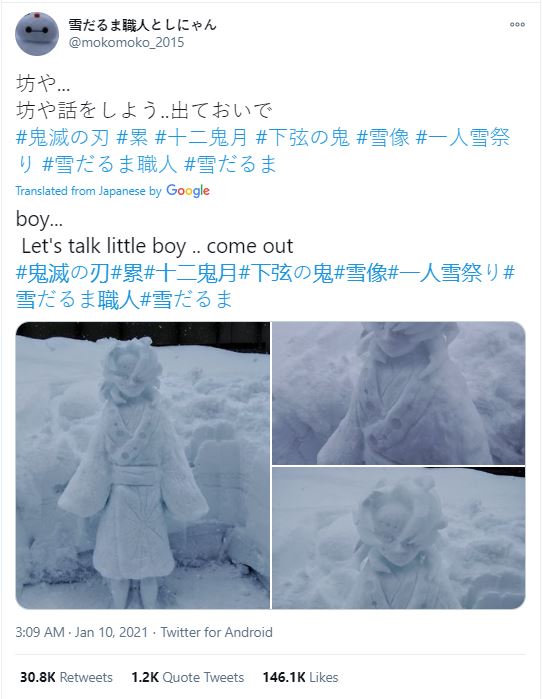 Mokomoko_2015 also shared sculptures featuring characters from Despicable Me!, Jaws, and others.

What do you make of Mokomoko_2015’s Godzilla sculpture? What is your favorite sculpture?