Indie board game developer Ion Game Design has announced that they will no longer feature new world-building essays penned by Phil Eklund after the company received numerous complaints regarding some of the ideas explored in the Sierra Madre Games head’s previous writings. 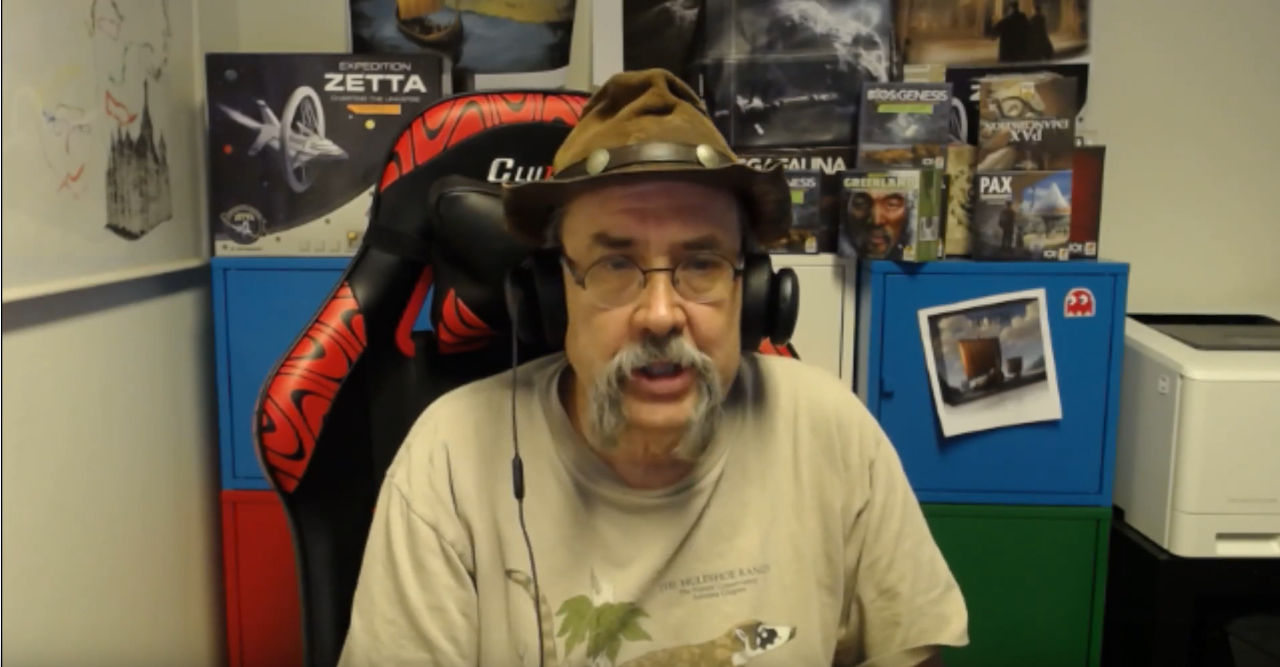 Founded in the 1980s by founder and lead designer Eklund before eventually being acquired by Ion Game Design in 2018, Sierra Madre Games has designed numerous games put forth as “’heavier’ historical & scientific board games in the ‘hobby’ category,” including popular titles such as Neanderthal, Bio: Megafauna, and the Pax series of games.

Aside from the historical backdrops and immersive gameplay, Sierra Madre Games’ releases are also known for including essays, written by Eklund, which attempt to explore and expand upon the issues and themes of any given historical period featured within a respective game. 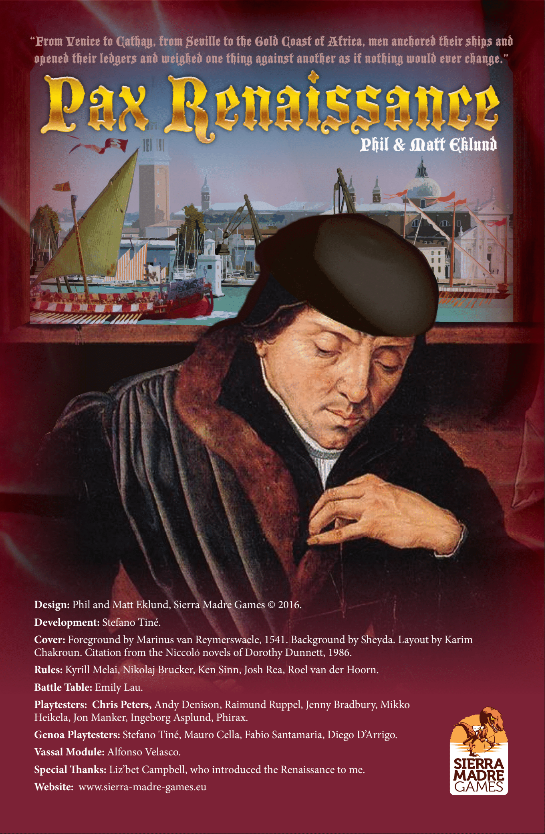 However, much to the dismay of his critics, Eklund regularly plays Devil’s Advocate in his essays, often suggesting that superficial and widely accepted narratives may be less accurate than believed.

In an essay included in American Megafauna, Eklund asserted that “today’s global warming is part of a natural cycle, one of a dozen interglacial episodes in the last million years,” noting that he sought to mention this and similar other vignettes “to give an idea of the scale of the catastrophe cards, compared with the influences of modern humans.” 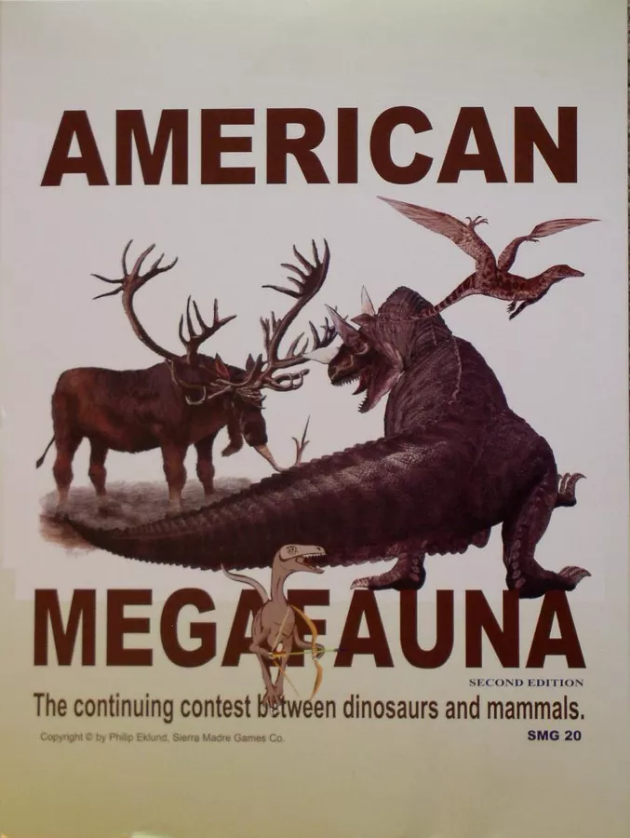 When speaking of Pogroms, or “officially-tolerated attacks against a target group,” in the rules for Pax Emancipation, Eklund wrote that “The victims are always relatively wealthy minorities, and the aggressors are motivated by economic jealousy under the ‘Shylock Syndrome’, the fallacious belief that the victims are enjoying undue prosperity.”

“Racism and religion play only superficial roles,” he added. “The Nazi Holocaust is another example of a modern pogrom, targeting Jewish bankers and other economic middlemen.” 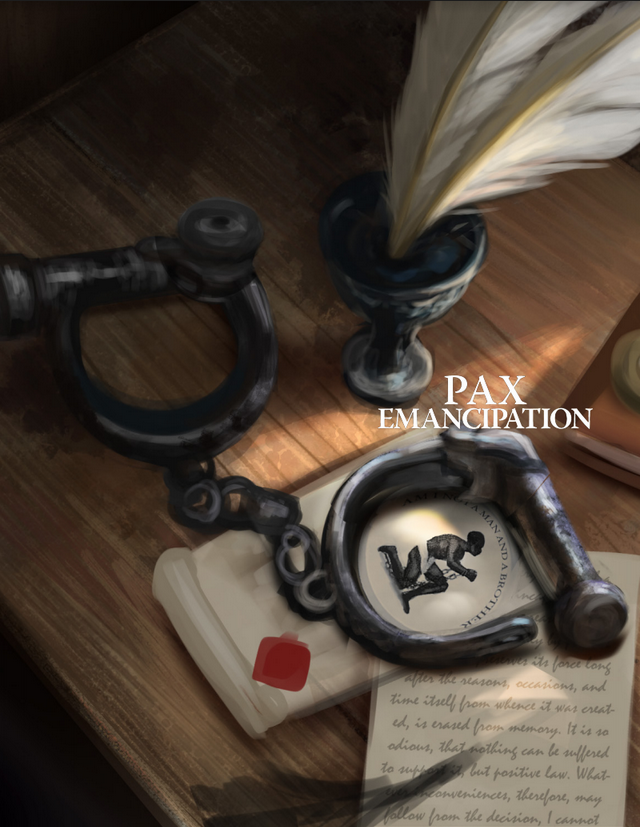 On January 9th, Eklund took to his personal Facebook page to publish an essay, similar to those included in his numerous board games.

Discussing the ongoing COVID-19 pandemic, Eklund asked three questions: “Are legal lockdowns helpful to break the spread of COVID-19?”, “Does the statistical record indicate that fines, imprisonments, and seizures will reduce the infections?,” and “Is the 2020 death toll of COVID-19 enough to call it a pandemic, or is it more like an ordinary flu unworthy of panic and fear-mongering?”.

“The truth is that every person is responsible for their own lives, including their own health. If grandma wants to risk visiting her grandchildren, that is her decision to make for her final years, not the decision of some politician,” Eklund ultimately concluded. “I am tired of hearing political lackeys tell me that people are stupid, and therefore need a politician to order them what to do in their own interest.”

“The true contagious diseases are the authoritarians who have claimed a crisis in order to seize power, and who will be loath to surrender it even if all signs of the crisis have passed (unlikely given the nature of colds and other viruses),” he added. 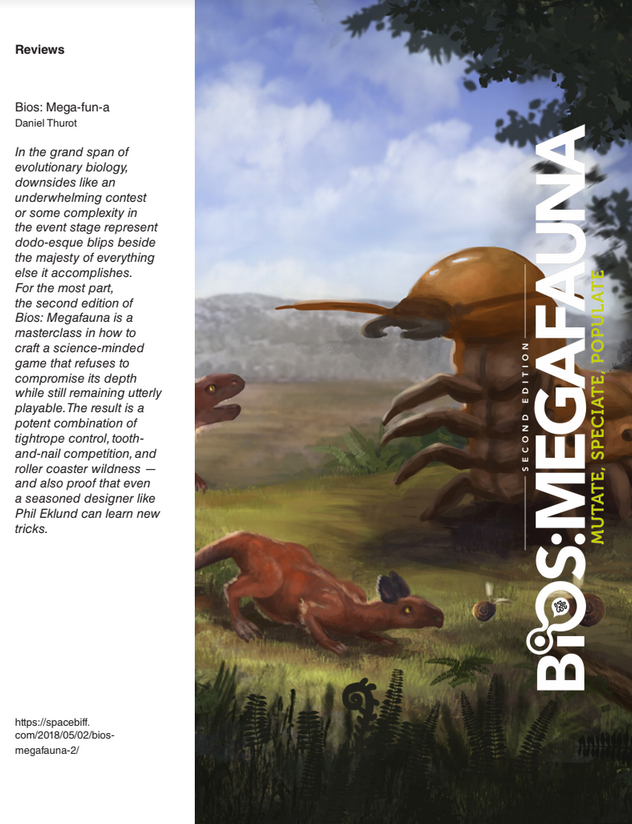 Near immediately, Eklund’s post was seized upon by critics, who proceeded to not only accuse the writer of being a COVID-19 denialist and conspiracy theorist, but also pointed towards his previously published essays, including those mentioned above, as proof of his overall bigotry.

The growing backlash against Eklund’s essay soon caught the attention of both Ion Game Design CEO Besime Uyanik and Lead Game Designer Jon Manker, who published separate statements addressing the controversy from their respective points of view. Though they have both since been deleted, each respective post was successfully archived prior to removal. 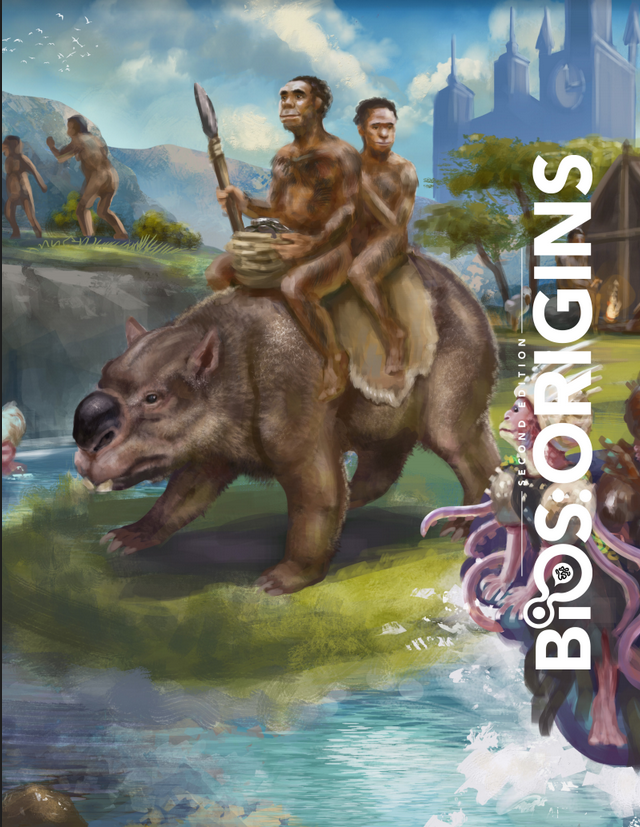 The CEO continued, apologizing “for the hurt that has been caused by essays and footnotes included in past games” and admited that the company was “wrong to include them without giving a voice to alternative viewpoints.”

She then announced, “Going forward, we will make sure all future printings and reprintings of our games include supplementary viewpoints in our rulebooks by experts in the respective fields.”

“For games that have already been printed (including Pax Renaissance), we will update the living rules and include these expert scholarly viewpoints in future printings,” she added. “We will also be going through past essays included in some Sierra Madre Games that were transitioned to Ion Game Design when SMG was acquired to ensure the living rules are reviewed by scholars knowledgeable in those specific areas and their expert viewpoints are expressed.” 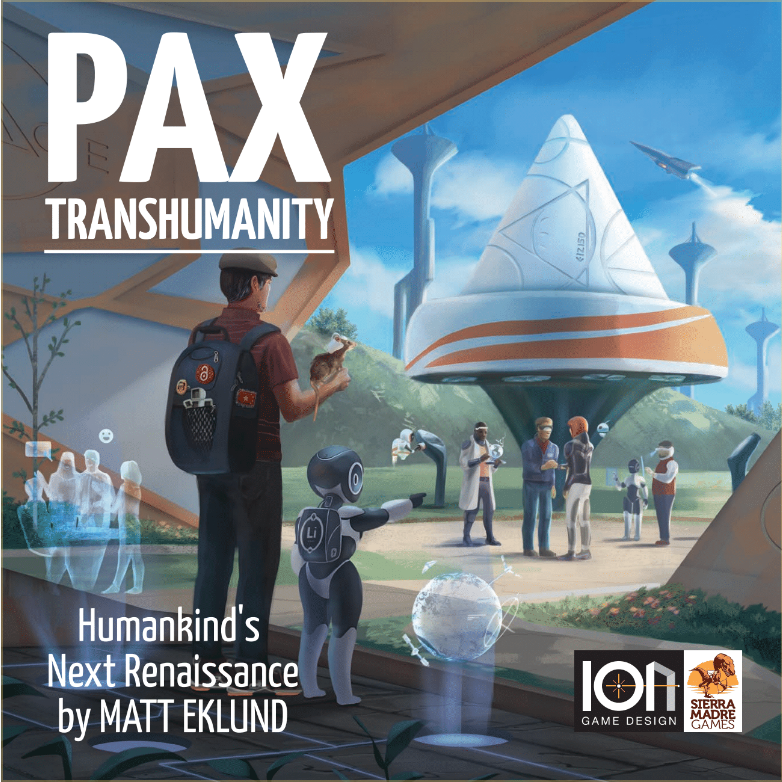 In his own statement, Manker clarified that his main issue with Eklund’s post was not his voicing of his opinion, as he had “the right to do so,” but rather that the writer “should have stated that these are his own opinions, and that they do not represent Ion Game Design or the views of anybody else at Ion”.

“So let this be clear: Phil Eklund’s views are his views and do not represent Ion Game Design’s views,” Manker stated, before proceeding to inform fans of his own opinion regarding COVID-19 and the personal protocols he has followed in order to abide by that opinion. 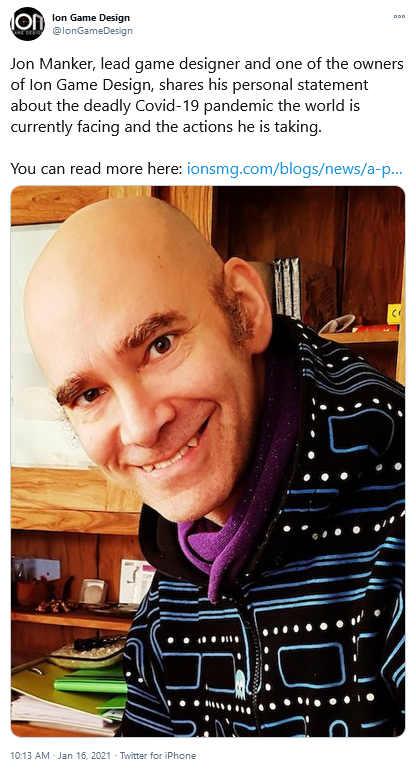 Eventually, Ion Game Design released an official statement on their Twitter account, which was also cross-posted to their official website, stating that “while we will honor our contractual obligations regarding game design work by Phil Eklund, we will not continue to publish essays or non-factual footnotes in our printed or living rules.”

“We acknowledge and apologize for these mistakes and will do better going forward,” the company wrote, before revealing that their “plan to begin to address these mistakes” is twofold.

First, “rulebooks and living rules will not contain essays or any other texts other than game rules or factual footnotes.”

Additionally, “Footnotes will only be included if peer-reviewed by experts in the relevant fields, including sensitivity readers, and must be in line with the values of Ion Game Design.” 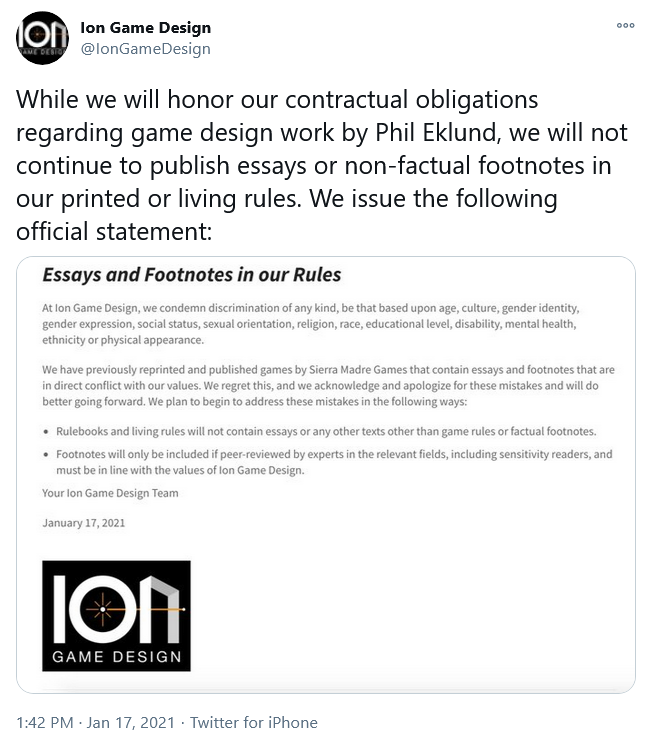 As for Eklund himself, the board game designer responded to the controversy on two separate occasions.

On January 17th, Eklund pushed back against the accusations of “of being an anti-Semnite, also anti-Croat, anti-Tutsis, anti-Pied-Noir, anti-Rohingya, and anti-Ibo,” based on the aforementioned Pogroms entry in Pax Emancipation, asking “Just how does identifying the victims make me a villain?”

“Never mind that my games condemn anti-Semitism in the Holocaust, the Inquisition, and the Conversos. Never mind that I have an essay lionizing my heroine Miep Gies. Never mind that my games include Jewish heroes such as Moses, Josiah Tucker, Spinoza, & Sinan Reis,” added Eklund. “Ignoring this, and based upon a single 16 word sentence, every word of which is undeniably true, the cancel culture has contacted my boss demanding that every one of my thousands of footnotes be banished from printing.” 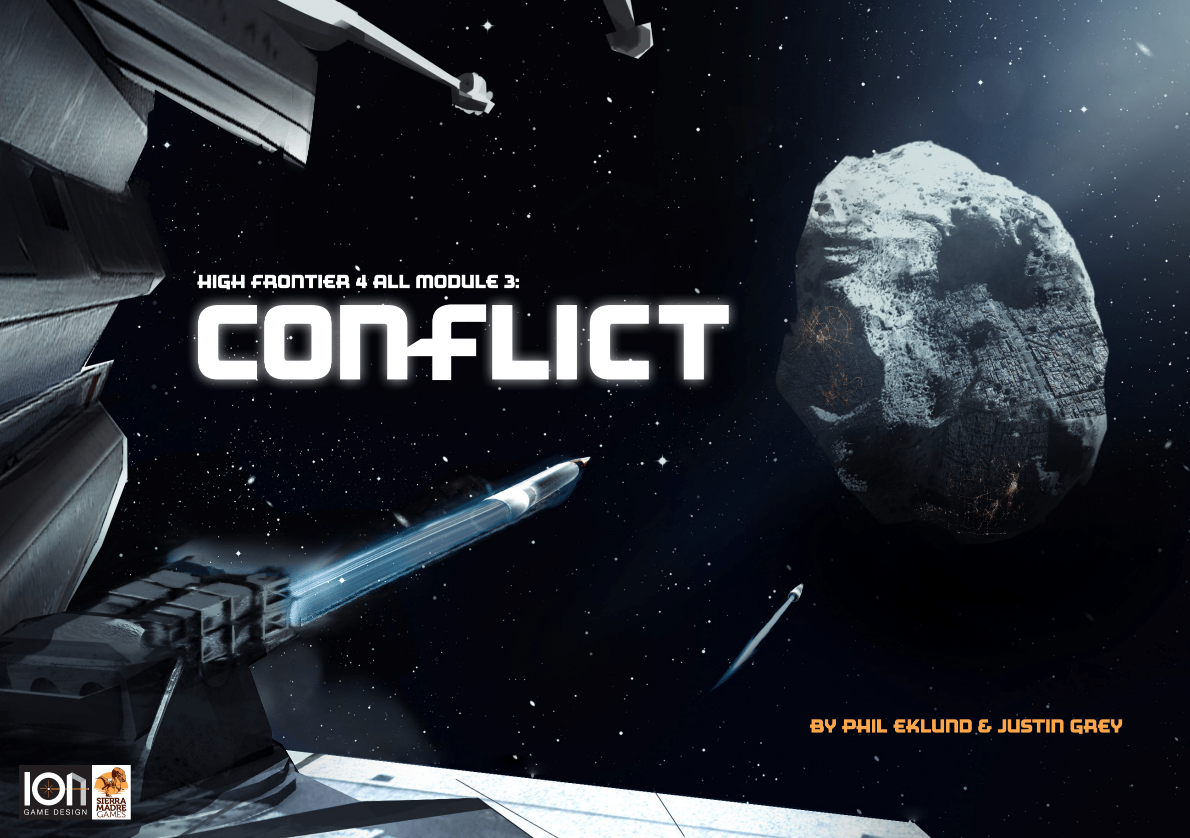 Later, when asked by news outlet TechRaptor for his thoughts on Ion Game Design’s aforementioned and intended removal of his essays and footnotes, Eklund clarified that he had “it in writing from the CEO, Besime Uyanik, that my intellectual property is solely my own and my games will be produced under the same standards of excellence as they have for 40 years” and that “All rules, footnotes, essays, & commentary will be continue to be published on the Wikipedia principle: anybody can comment on living rules for any factual, logical, clarity, grammar, or consistency issue, which if found meritorious will appear in the next publication.”

“To date every word in every SMG game is a fact within the limits of my knowledge, although the rules themselves are but simulations of reality. No intimidation tactics attempted against any employee of Ion Game Design will be tolerated and may result in legal action if they constitute libel, harassment, discrimination, or defamation of character,” Eklund continued. “This includes ‘cancel culture’ tactics: those who promote their political agenda by resorting to widely disseminated slurs, obscenities, or lies while forestalling debate on the actual content.” 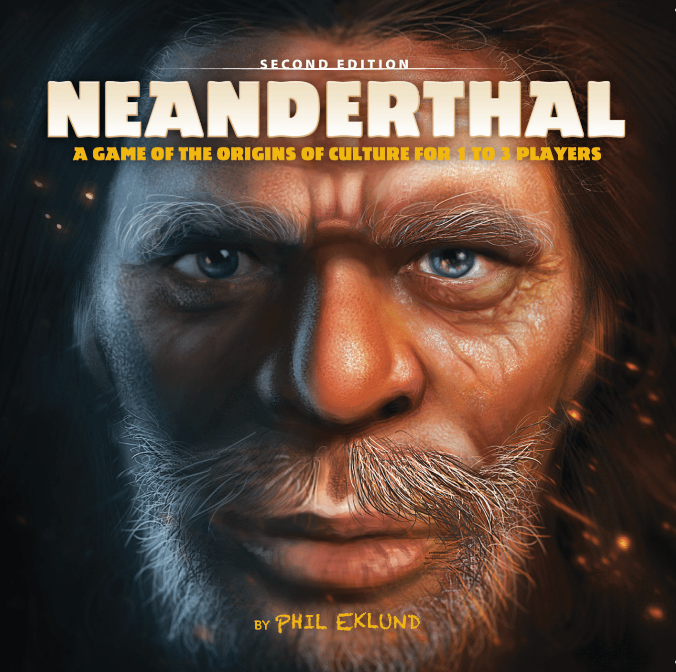 “Besime has assured me that this workplace is harassment & discrimination-free, and my intellectual property is my own” he said. “I want to personally commend Besime Uyanik and Jon Manker, founders of Ion Game Design, for their honesty and integrity, and of course for giving me the resources and intellectual freedom to produce games of unequalled excellence that are still breaking new ground in the gaming community. My contract with Ion specifies that any game authored by me is remains my own intellectual property and as such reflect my values, and not necessarily those of other Ion Game Design employees.”

In conclusion, Eklund pointedly declared, “To repeat, I and I alone stand personally accountable for the intellectual content of my games, unless abridged for reasons of economy. My games are art that recreates reality reflecting my own personal artistic values.” 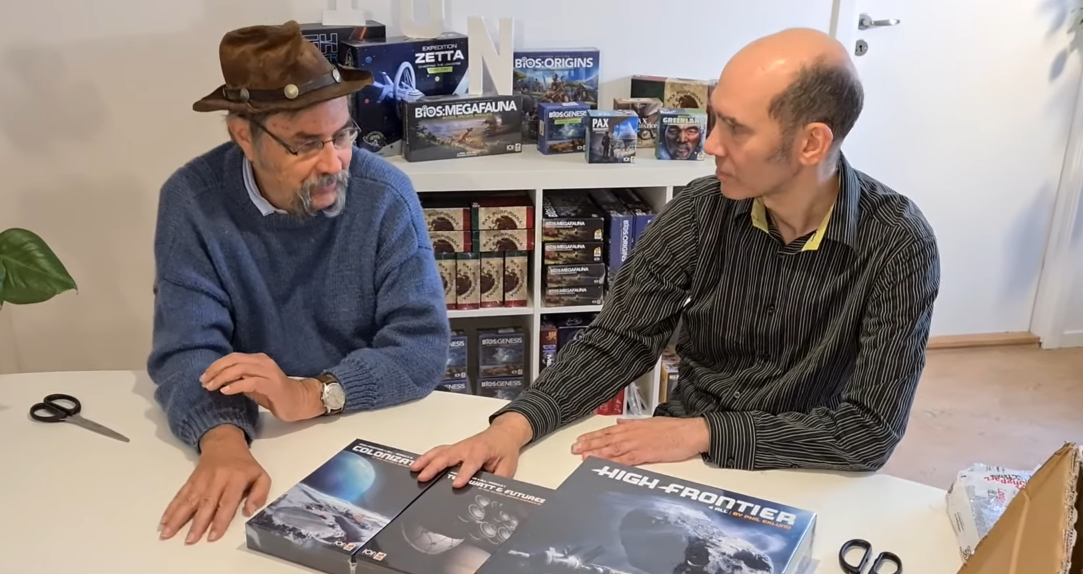 Ion Games Design’s original blog post has since been update to reflect the fact that Eklund’s essays and footnotes will not face wholesale removal.

What do you make of Ion Games Design’s decisions? Let us know your thoughts on social media or in the comments down below!