Given the recent racism-related discourse permeating the Star Wars fandom, it may come as a shock to many that Lucasfilm and Disney once stood against all stripes of racism. 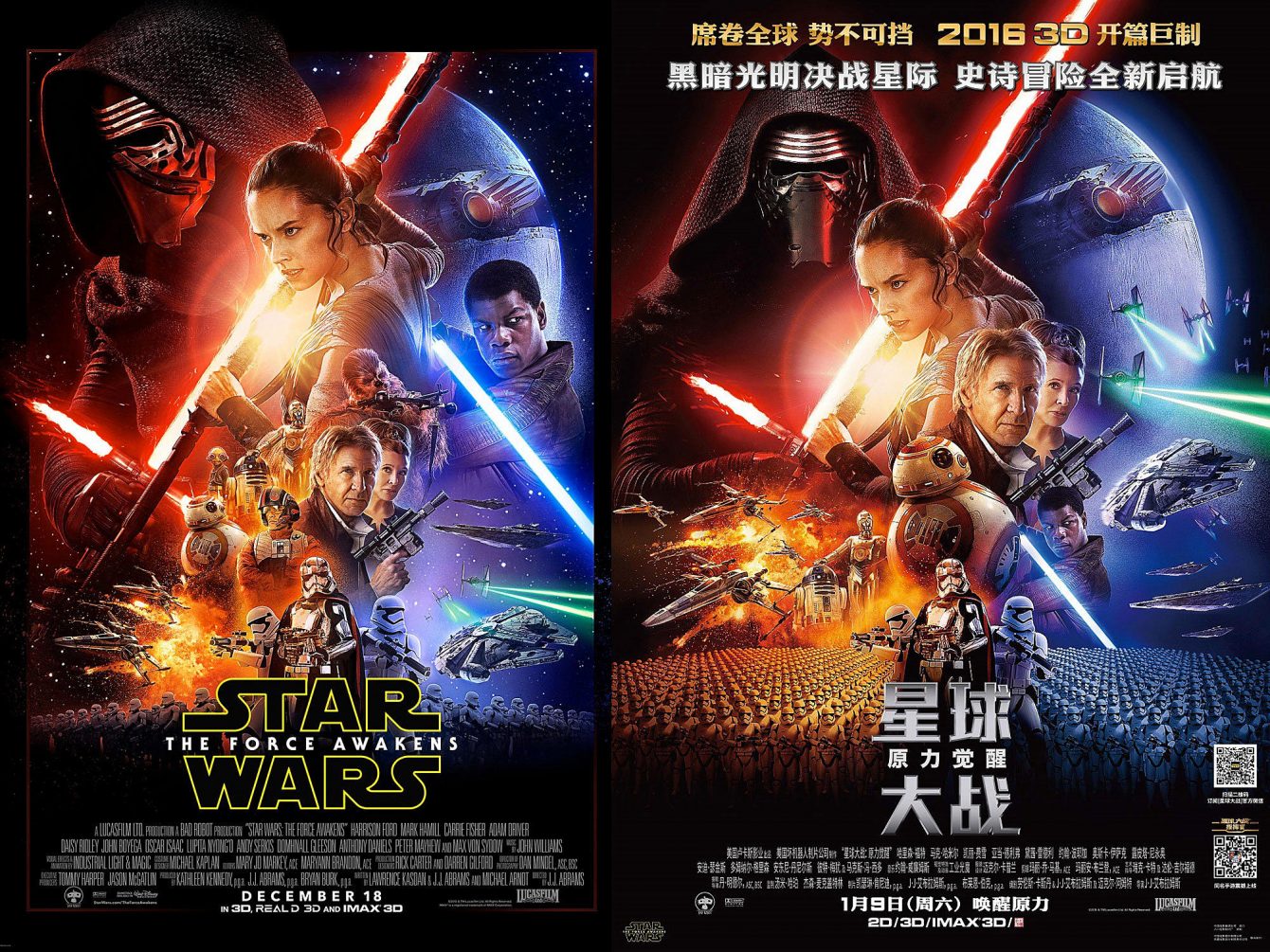 The Once Engineer for the Mouse

As first reported by Itchy Bacca of Disney Star Wars Is Dumb, now-former Disney Animation Studios employee Justin Garrison placed a since-deleted ad for a “non-white, non-male engineering manager” to his personal Twitter in December of 2019.

“Not that white males can’t do a great job,” Garrison said in a similarly-deleted follow-up tweet. “We all do better work when we can feel safe and have more diverse opinions and backgrounds.” 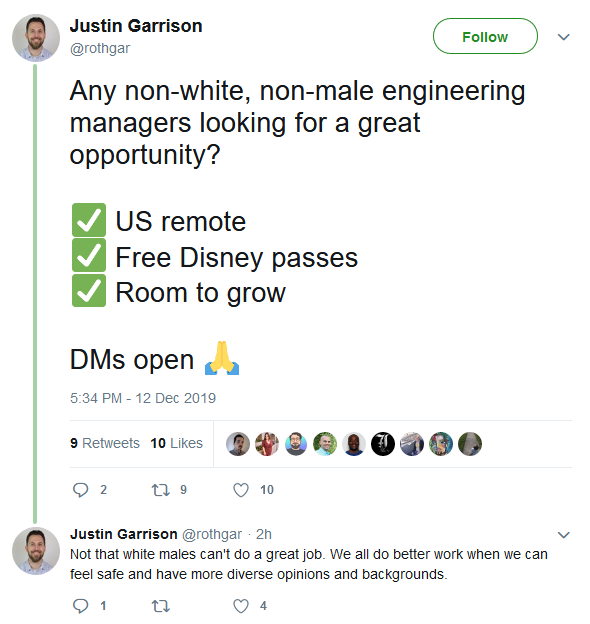 In late 2020, Garrison revealed how “certain people on twitter didn’t take kindly to that and said the company was racist for not hiring white dudes” and that his impromptu classified ad had sparked a wave of complaints directed towards Disney, which eventually led the company to confront the engineer regarding his apparently professed beliefs. 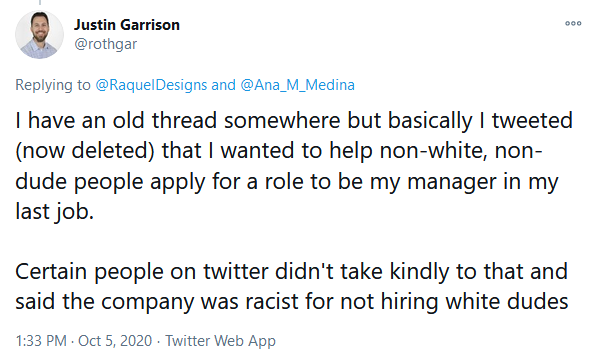 “[Disney] suspended me for 3 weeks,” recalled Garrison. “Had a 2+ month investigation, threatened me with legal action for various things, asked me about tweets from years ago, and my manager told me I should really question if I’m racist or not because what I did was racist and illegal.” 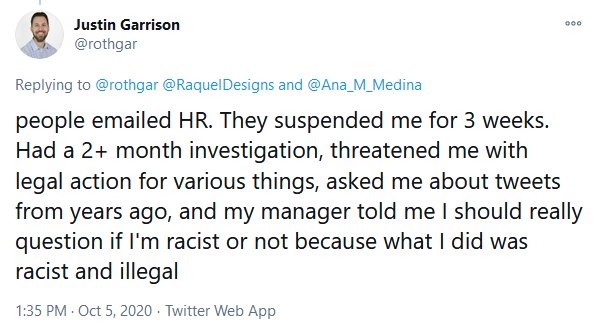 Garrison further explained that he “was very active in trying to get diverse people in our pipelines and even successfully hired one.

He then noted, “My reciter told me I brought in more leads than any other source. HR wanted screenshots and chat logs from everyone I ever talked to about our positions.” 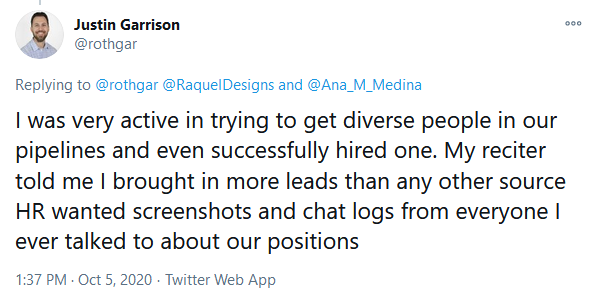 In the end, Garrison revealed, Disney HR “didn’t find anything wrong and gave me a non punishment,” which he described as being prevented from doing “things” that were never actually a part of his regular job activities.

Shortly after the conclusion of the investigation, Garrison left Disney after receiving “an offer somewhere else.” 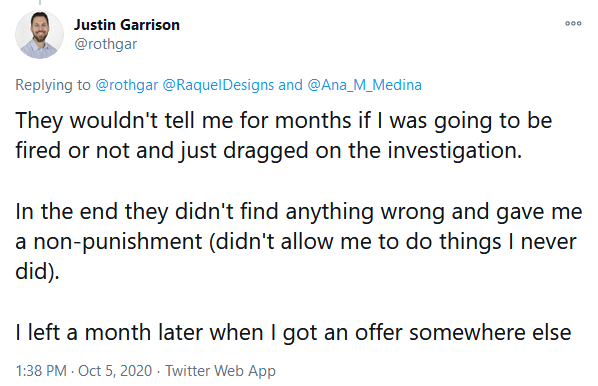 Garrison then described how the investigation had led him to question whether he was in the wrong,

He stated that he “couldn’t put words to what I was doing until I read anti-racist and realized it was exactly what I was trying to do.”

In fact, Kendi argues that racism can be any form of inaction on policies and ideas as well, a mentality described as ‘if someone is not actively supporting a cause, they are against it.’

Further, Kendi believes that  inaction and/or silence regarding a given injustice is just about as evil as supporting it.

Thus, it would appear that Kendi’s book led Garrison to believe that his attempt to diversify Disney’s hiring process was a justified and righteous cause, not to mention one which would eventually lead to bigger and more well-paying opportunities elsewhere. 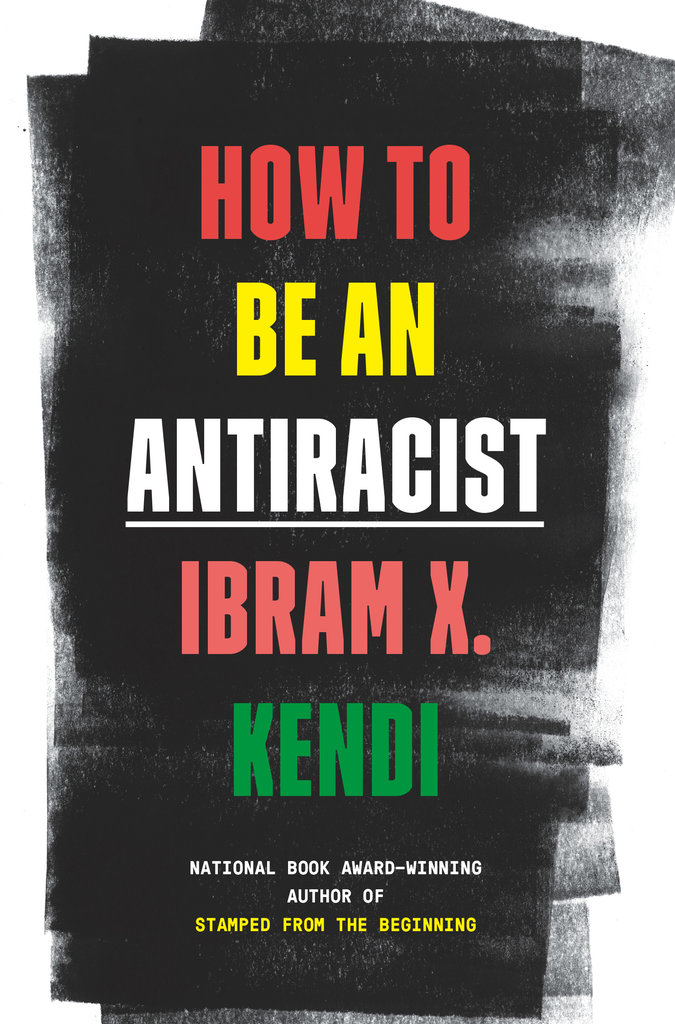 It is important to note that Garrison is a former employee of Disney, with his Linkedin profile noting that he had served as one of Disney’s Senior System Engineers for nearly 5 years between May 2014 and Nov 2018. 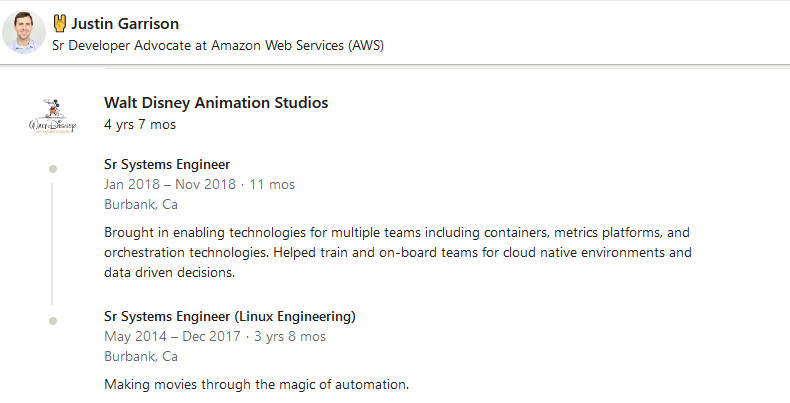 While Garrison faced consequences, if they could be called that, for his recruitment post, such an incident would have garnered a very different response in the current post-2016 environment.

In recent years, audiences have come to hear numerous creators actively profess their intent to run various companies according to social justice ideologies, such as New Gods director Ava Duverney, who justified potential anti-white discrimination by stating that “bias can go both ways.” 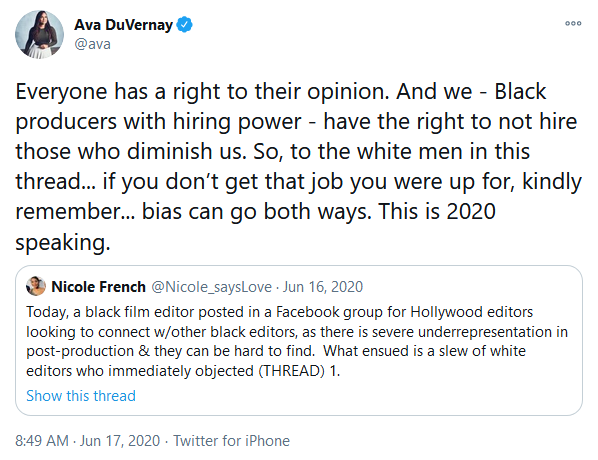 Others would also latch on to the anti-racist movement and try to buck the system by overcompensating, as exemplified by Seth Rogen’s declaration that he was “just actively trying to make less things starring white people.”

“So that’s how I’ve been trying to deal with it,” Rogen explained, “is just to actively take as they would say, anti-racist measures to assure that some work is doing done to acknowledge that Black people are very marginalized in American society.” 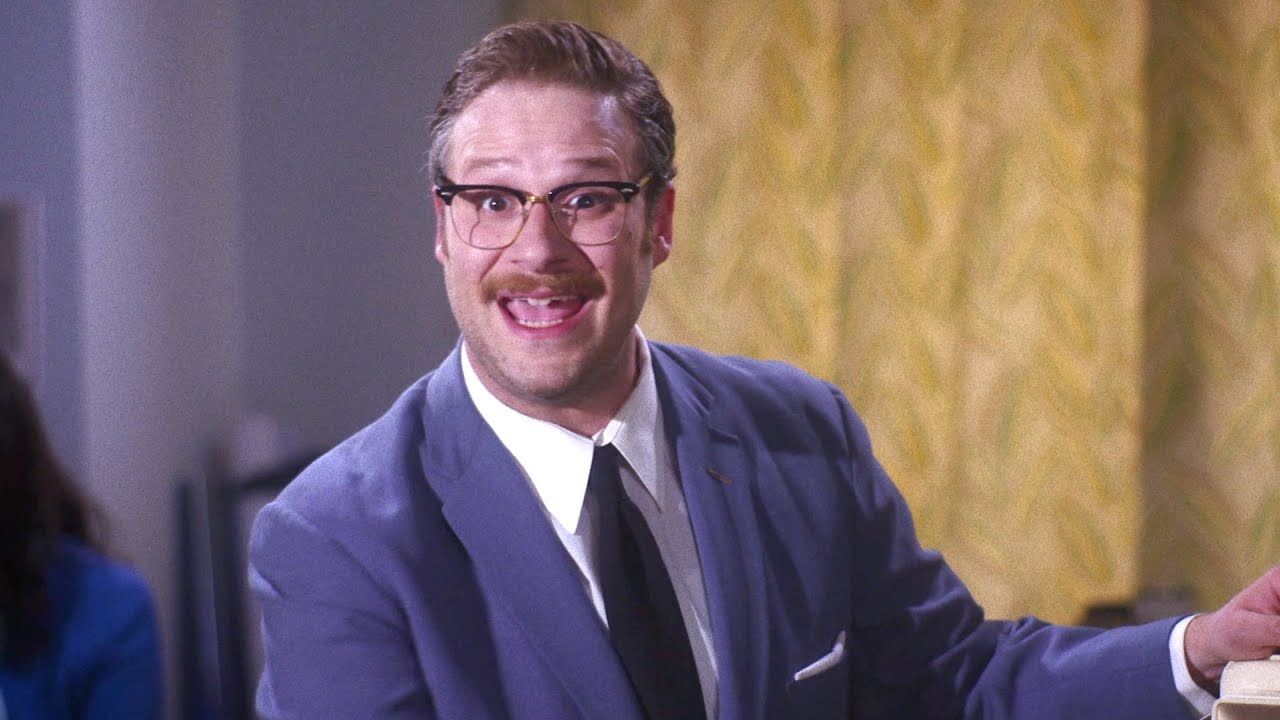 The list goes on. Thor: Ragnarok and Avengers: Endgame star Tessa Thompson revealed that she didn’t want to work with “a bunch of white people on set.” A number of professional productions have admitted to actively looking to pay less to white actors, while simultaneously requiring them to undergo forced anti-racism training.

But considering the lackadaisical method in which Disney moves on statements by Justina Ireland, the recent debacle with Krystina Arielle and her history of disparaging white people, and Star Wars’ official endorsement of such behavior, it seems Garrison might have a better environment to enact his “Anti-racist” hiring practices in the zeitgeist of 2021.

What do you make of Disney’s approach to employment? Sound off in the comments below or let’s talk about it on social media!