Tim Drake has officially been cast for Titans Season 3, and as reported by a previous scoop, an actor of an ethnic background will be donning the red tights of Batman’s third Robin. 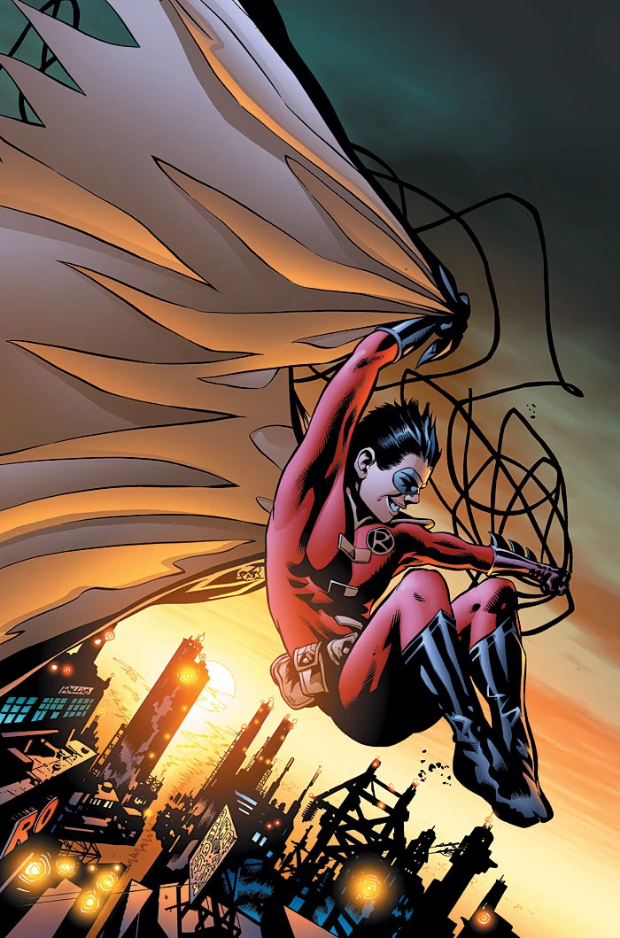 Related Rumor: Tim Drake Will be Black, Not Asian, In Titans

On January 28th, the official Titans Twitter account officially announced that actor Jay Lycurgo, a relatively newcomer to the acting world, would be playing the role of young, would-be sidekick. 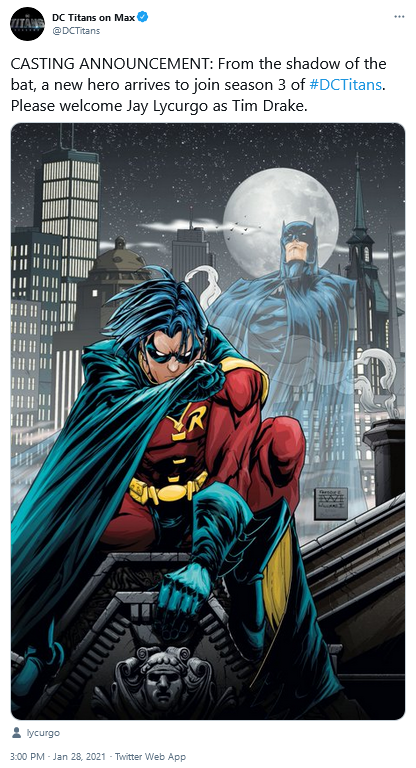 After his casting was announced, Lycurgo added the credit to his Twitter bio and celebrated the news by tweeting, “I ain’t know know crying thug no more. I’m the best detective in Gotham. I AM TIM DRAKE.” 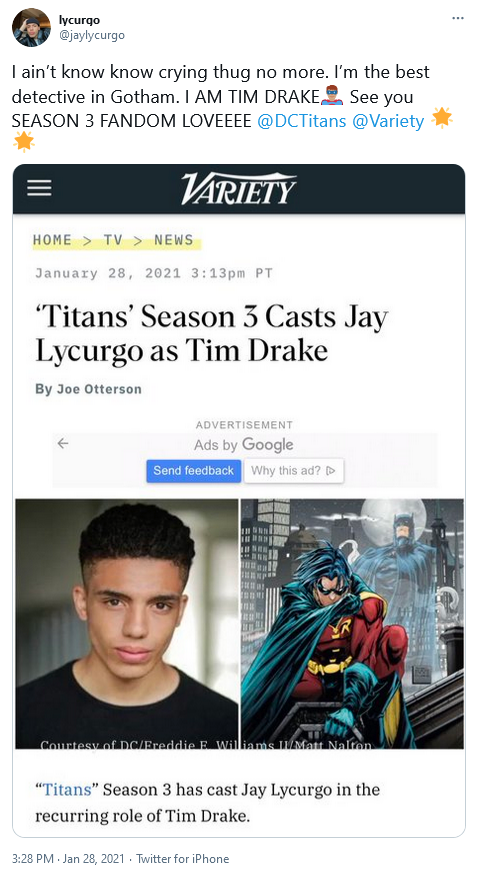 The first actor to officially play Drake in a live-action production, Lycurgo’s IMDB page indicates that he will make his Titans debut in the premiere episode of the series’ third season.

Interestingly, it has also been noted that Lycurgo portrayed one of the thugs in face paint seen in the most recent trailer for Matt Reeves’ The Batman, giving the Titans newcomer an even further connection to the DC multiverse.

The third person to take up the mantle of Robin after Jason Todd, Tim Drake was, for a significant period of time in the original comic books, the de facto leader of the Teen Titans. However, his role in Titans’ third season, or if he will even suit up, is currently unclear.

According to the earlier scoop, Drake will be written as a street-wise kid with natural detective skills who wants only to do the right thing. 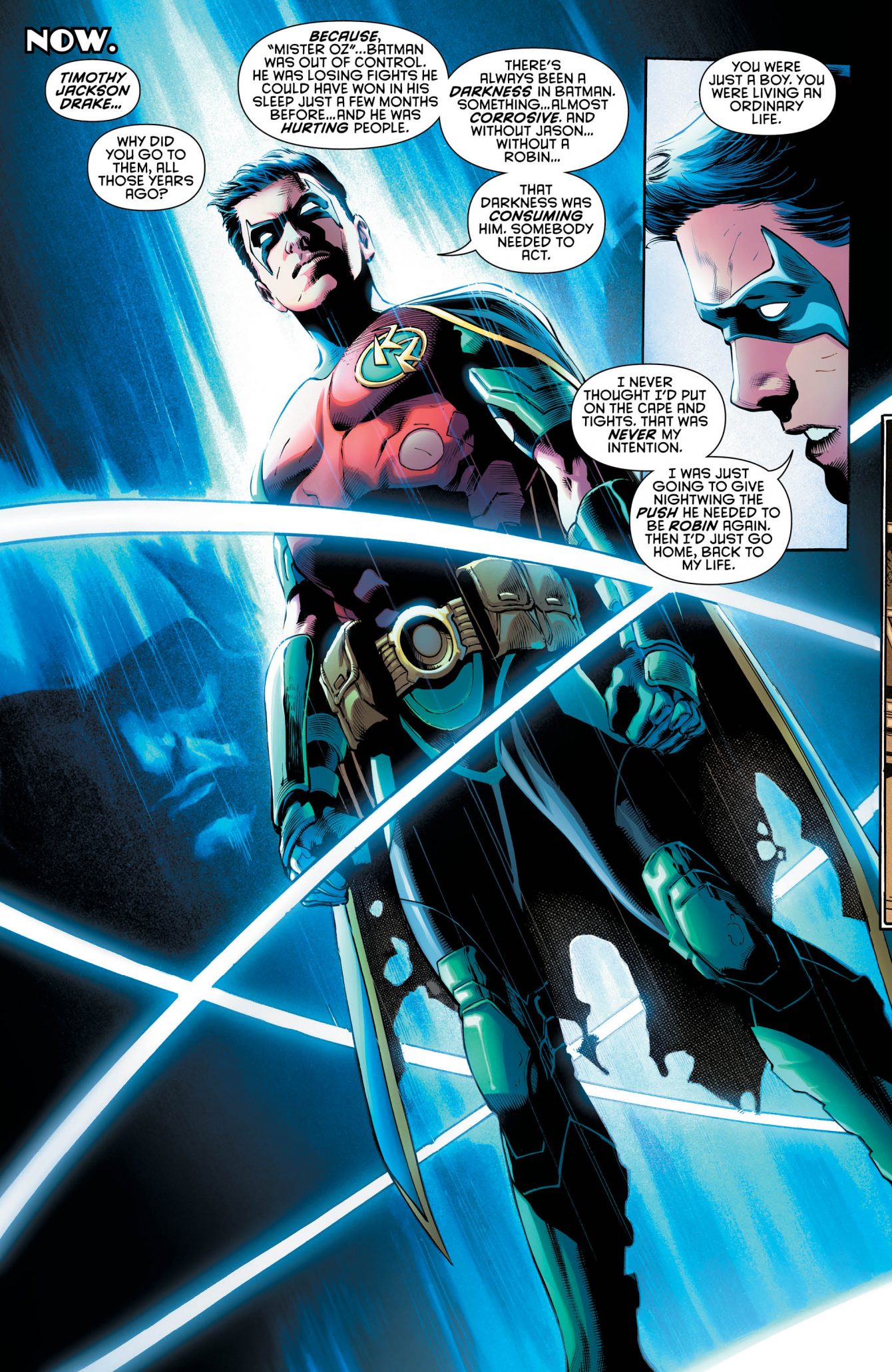 On top of the casting of Jay Lycurgo, Titans Season 3 is rumored to feature even more surprise appearances from DC’s extensive catalogue of characters.

According to the DC’S TITANS!!! ~ HBO MAX Facebook group, which claims to be the “BIGGEST FACEBOOK GROUP DEDICATED TO DISCUSSING THE DC TITANS SHOW“, villainess Lady Vic will reportedly join the season’s already-packed lineup of heroes and rogues.

It’s important to note that this news has not been confirmed by either HBO Max, DC, or the Titans production team themselves, and as such, should be considered a rumor for now. 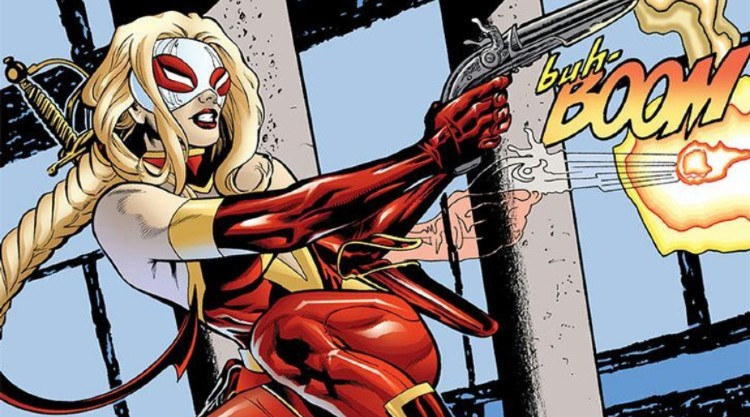 Elaine Marsh-Morton, otherwise known as Lady Vic, debuted in the pages of Nightwing Vol. 2, Issue #4 and was created by Chuck Dixon and Scott McDaniel. A mercenary descended from a long line of British aristocrats and soldiers,she regularly plays foil to Dick Grayson’s crime-fighting efforts, usually while being employed by long-time Bat-villain Roland “Blockbuster” Desmond.

Marsh-Morton’s life of crime recently came to an end in the pages of Teen Titans Vol. 6, Issue #23, as Nightwing’s longtime antagonist was found murdered, seemingly at the hands of the mysterious villain known as ‘The Other’. 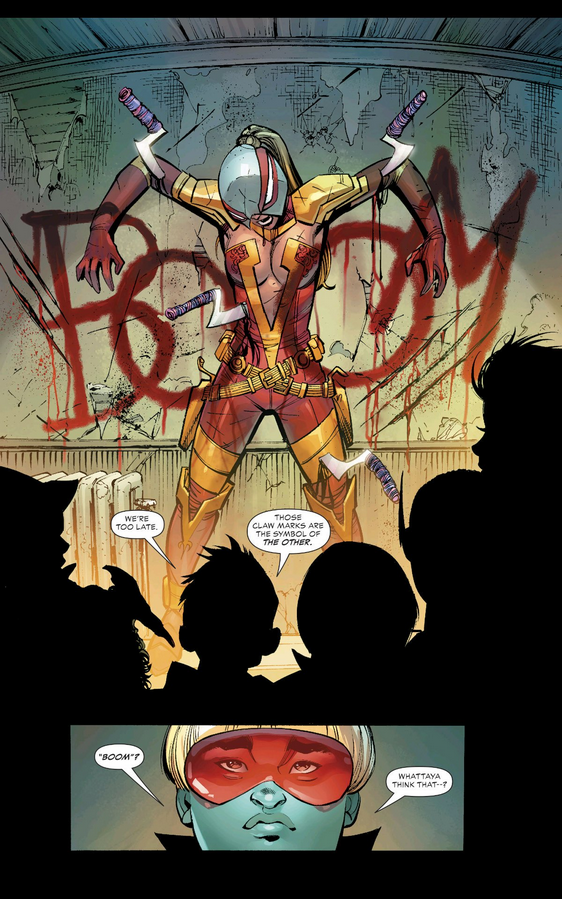 Given that the upcoming season of Titans will be crowded by the appearances of characters like Blackfire, Red Hood, Barabara Gordon, and if rumors are to be believed, Joker and Scarecrow, it’s possible that Lady Vic’s on-screen presence could end up being extremely minimal.

A likely scenario is that Dick, while masquerading as Nightwing, will engage in a brief fight against Lady Vic. If she were to play any sort of significant role in any event, such as, say, Jason Todd’s formation into the Red Hood, it would come to many viewers as an outright surprise.

Titans Season 3 is set to premiere exclusively on HBO Max, though as of writing, an officially premiere date has not been confirmed.

What do you make of Lycurgo’s casting? How about the potential appearance of Lady Vic? Let us know your thoughts on social media or in the comments down below!