One of the most popular forms of fan expression and creativity could soon find itself facing new regulations, as the Japanese government is currently in the midst of reviewing how to properly enforce its copyright laws as they apply to cosplayers. 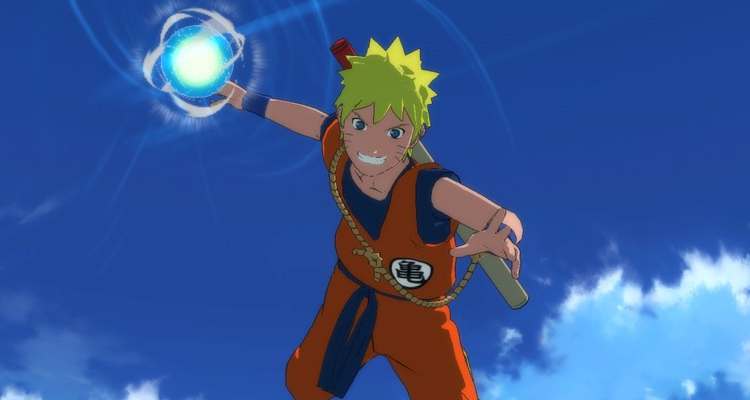 To be more specific, the debate is centered not on the culture itself, but rather specific cosplays made for commercial purposes, such as those used in photo sets sold “on membership exchange sites (SNS) such as Instagram” or presented as “rewards at events.”

According to Suga Cabinet Minister of the State Shinji Inoue, who also oversees the Japanese pop culture promotion campaign “Cool Japan,” the government intends to review the laws regarding copyright and fair use by the end of the fiscal year in March.

“To further promote ‘cosplay’ culture, it is important to have an environment in which people can feel safe and enjoy themselves,” said Inoue. 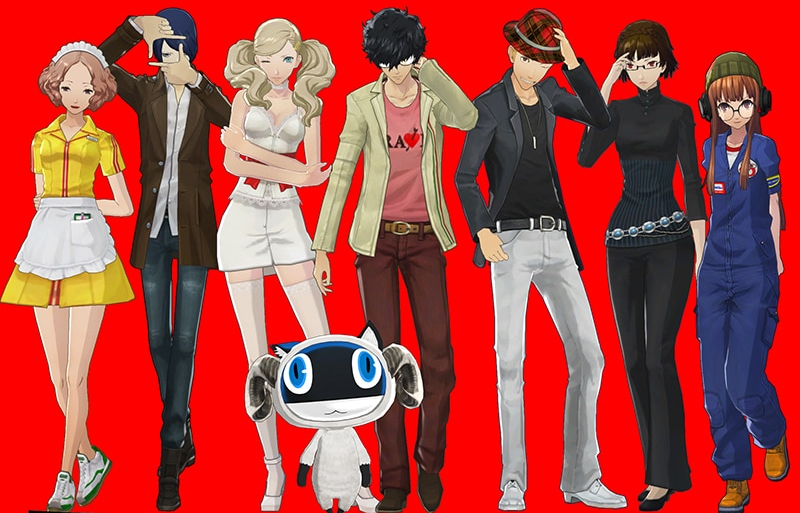 Among those included in the discussion was popular cosplayer Enako, herself an ambassador for the “Cool Japan” campaign, who personally met with Inoue to give her insight into the situation.

Following their meeting, Enako took to her personal Twitter account to address a “slight misunderstanding” regarding the news, which had led many to believe the government was taking a stance against the entirety of cosplay culture.

“We heard from Minister Inoue that he is looking for a way to protect copyright without overwhelming the current cosplay culture,” explained Enako. 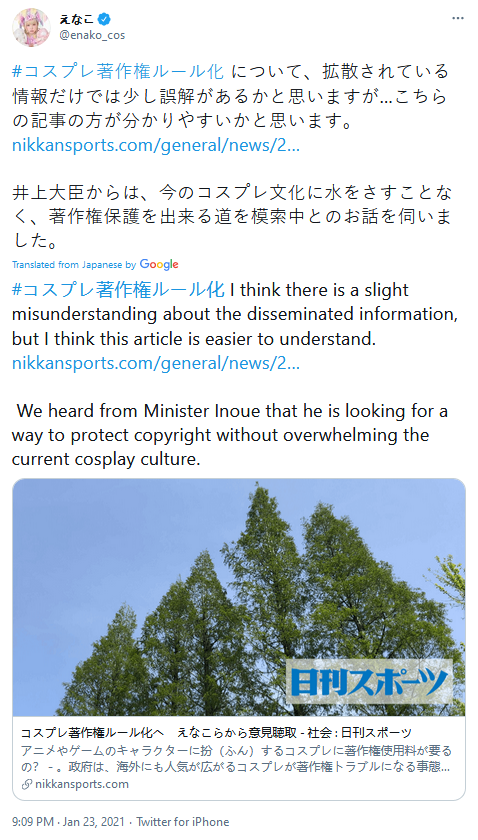 However, the cosplayer also clarified that she hadn’t “heard about the ban on SNS,” but shared her personal hope “that SNS and coterie activities will not be regulated if it is non-profit.” 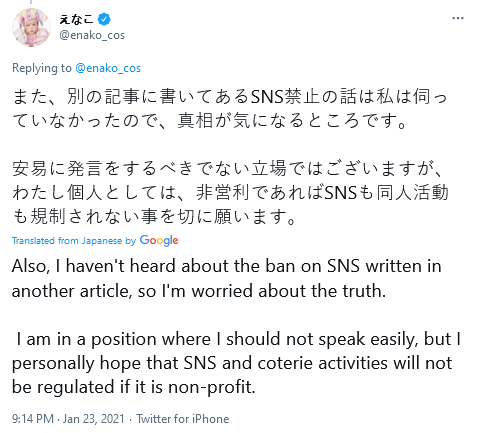 She also noted that such copyright issues have led her to “appear in original costumes instead of cosplaying copyrighted materials,” during television appearances.

“Whenever you cosplay a copyrighted item, we have permission from the publisher to wear it,” Enako added. 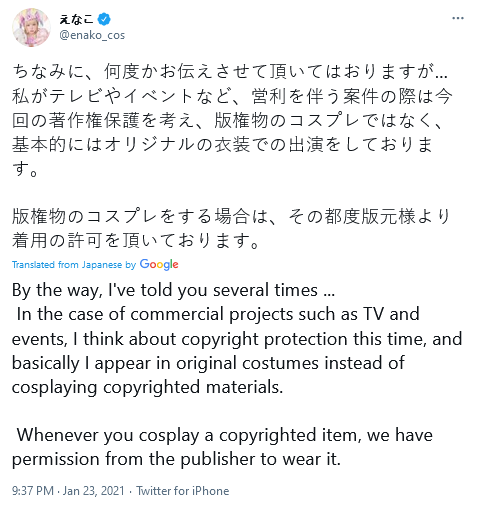 What implications do you think these discussions will have on the future of cosplay, both in Japan and the West? Let us know your thoughts on social media or in the comments down below!