BioWare has confirmed that Mass Effect Legendary Edition will feature edits to some of its more sexualized cutscenes, particularly those involving Cerberus officer Miranda Lawson. 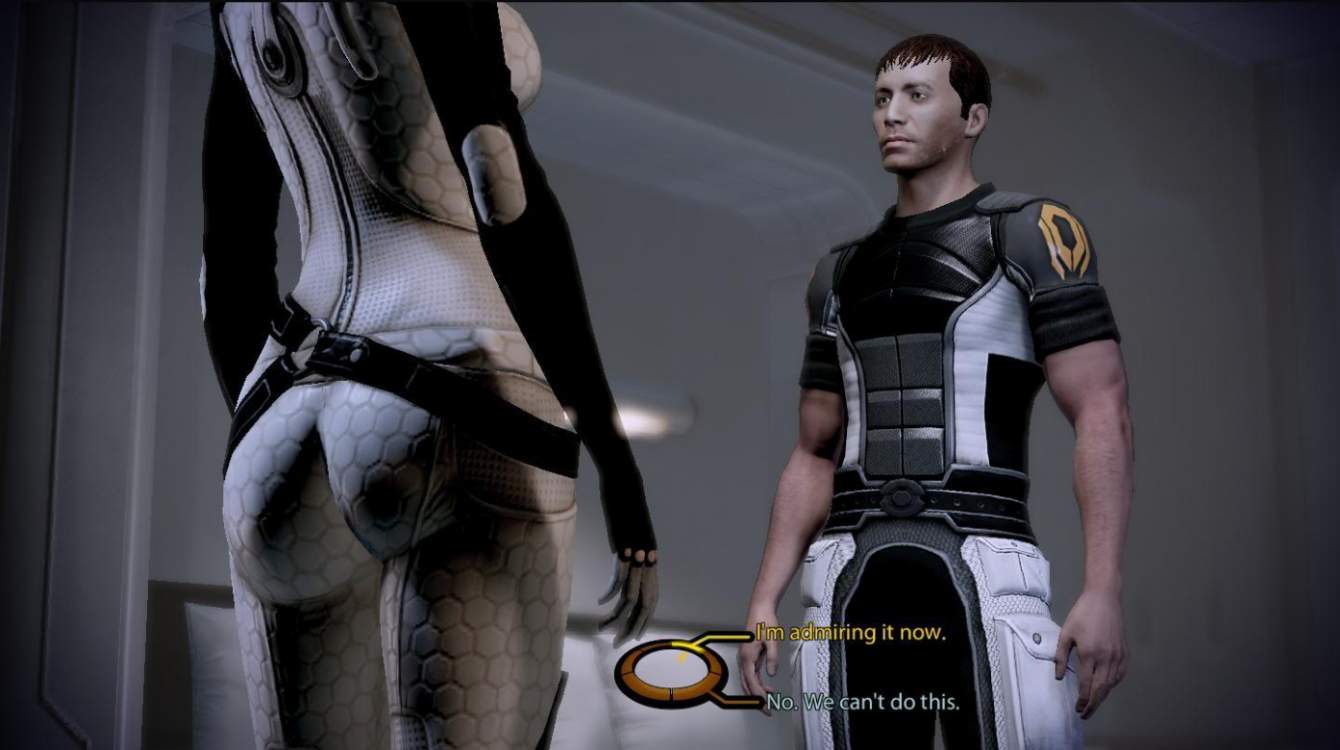 Announced on February 2nd, Mass Effect Legendary Edition is set to feature not only the three games that make up the original Mass Effect trilogy, but also “over 40 dlc from all three games” and “enhanced performance, visuals, and graphics, all available in HDR.”

“For Mass Effect 1 we took the rough edges off it and tried to reduce the delta between 1 and 2, because 2 and 3 had a very similar look and feel and 1 tended to feel very dated. So we spent more time trying to bring it closer to 2,” project director Mac Walters explained to Metro in a recent interview.

Walters continued ““There were underlying systems that made it more like an RPG and less like a shooter, but there were other systems like camera, movement, aiming, and things like that that we had improved over the course of the trilogy.”

“So bringing those into Mass Effect 1 was a no-brainer and we tried to just smooth out your overall experience,” Walters added. “‘Reducing the friction from that gameplay but not inherently or fundamentally changing how you progress through the game, how you invest in the squad talents and the class systems and things like that. That was important.” 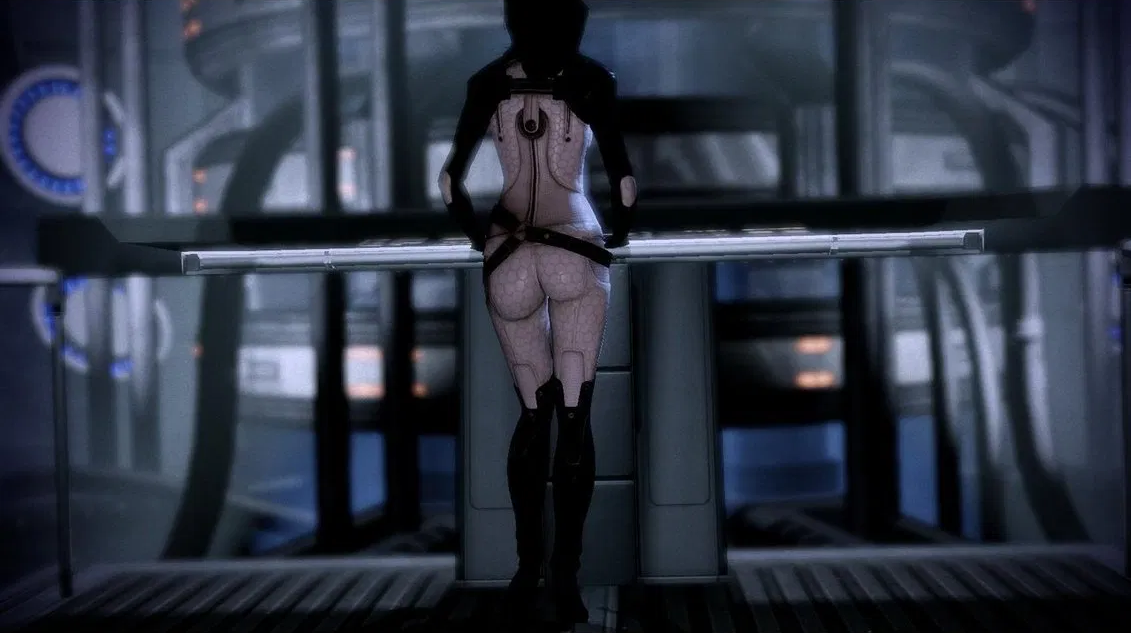 In turning their attention into providing players with a better ‘overall experience,’ Walters further explained that the team gave special attention to improving the game’s handling of the female version of Commander Shepard, whose character lacked customization features and reused many of the male-centric animations from her male counterpart.

“Specifically for female Shepherd, I think there was a lot of things that we could do across the trilogy to make that better, so that she’s a bit more on par with male Shepherd,” said Walters. “Whether it be just some subtle face shape changes or some wrinkles or support or whatever, so she’s catching the light and the same kind of quality level.” 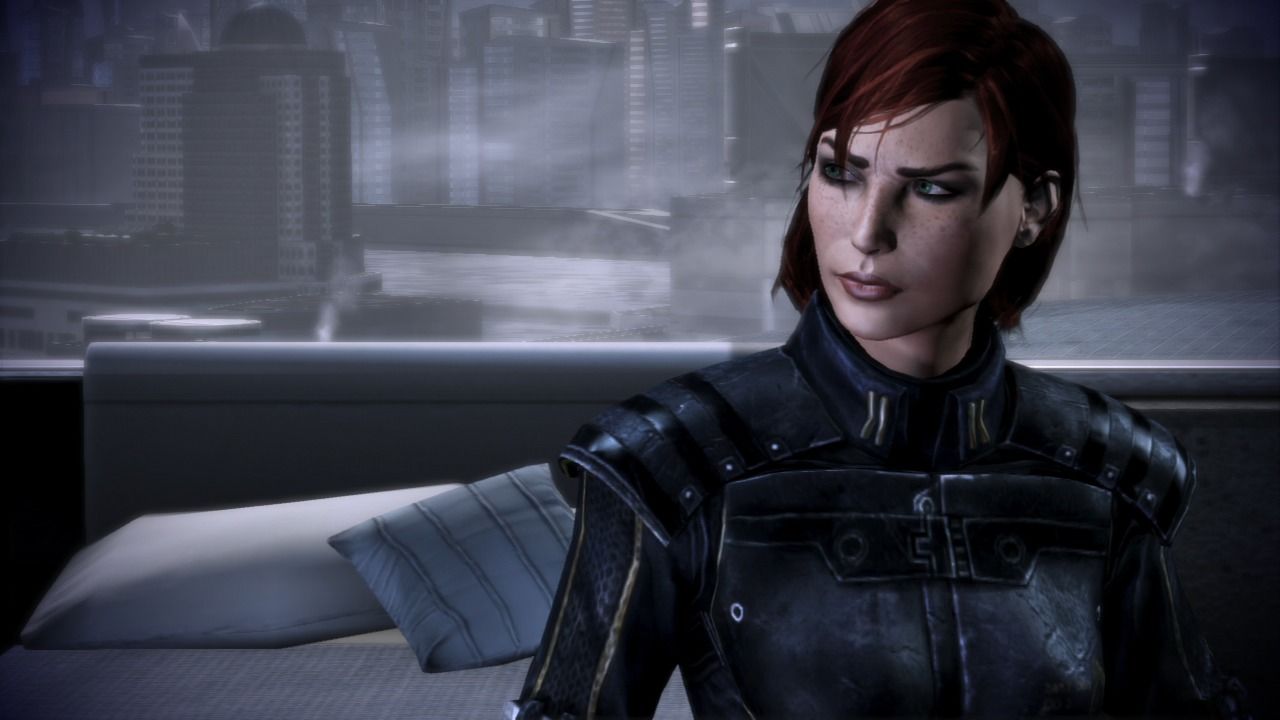 “And then specifically around the animations, we couldn’t really change a lot of those, but there were times where you could change the camera to not focus on one of those animations,” he continued. “So a male Shepherd animation would have him sitting with his legs quite wide open with a low camera where, if you were wearing a skirt, it would be a bit unflattering. So we can’t necessarily change that animation, but you can raise that camera up slightly to reduce the problem.”

Additionally, during “a hands-off presentation detailing the changes coming to the remastered version of the sci-fi trilogy” attended by Polygon, BioWare Environment and Character Director Kevin Meek revealed that the red-headed default ‘FemShep,’ who was first introduced as a playable option in Mass Effect 3, would be available to play as throughout the entire saga. 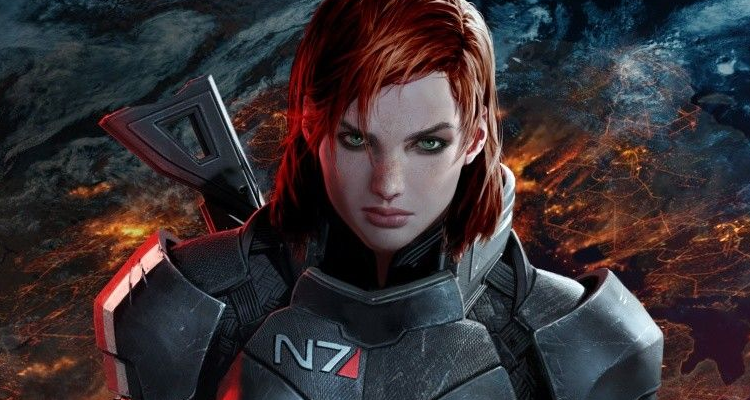 Sadly, though somewhat unsurprisingly, the original three games in the trilogy will not be released unaltered, as Walters revealed that the team had made edits to some of the game’s more ‘well-rounded’ cutscenes.

When pressed on the accusations leveled against the developer that certain characters and designs, such as the all-female Asari or EDI’s robot body, were made to specifically to pander to a male audience, Walters noted, “‘I do think a lot of things have evolved since [the original games] but I don’t know if I would say we were ultra-concerned about it or anything like that, but there were considerations.” 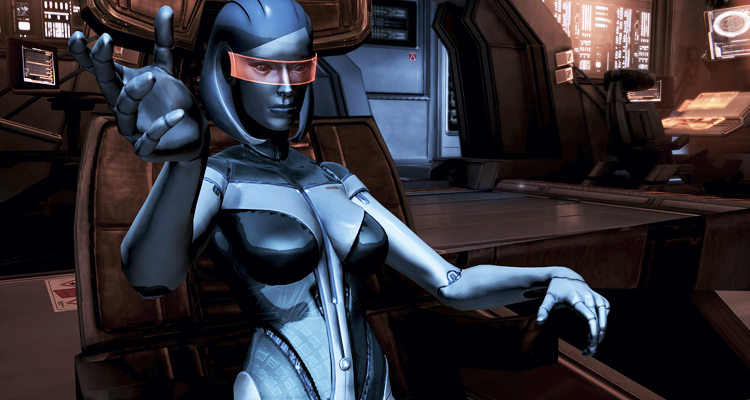 According to Walters, “Kevin [Meek] actually called out some camera cuts that were just… why was that focusing on Miranda’s butt?”

“So in some cases we said, ‘Okay, we can make a change there’,” he recalled. “But ultimately, to change an entire character model or something like that wasn’t really… it was a decision that was made as part of many creative decisions and just showing it at the best possible fidelity that we could going forward is really the choice for all of the art that we had.” 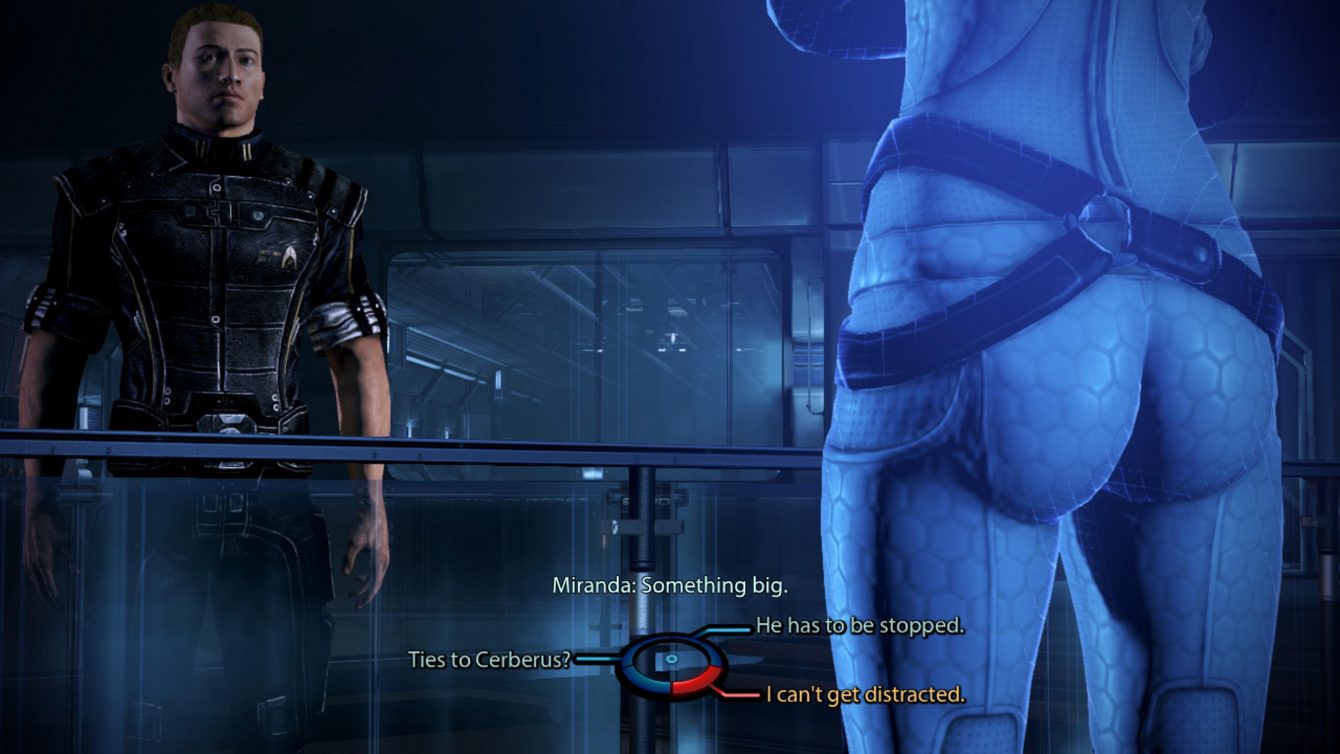 Unfortunately, despite these improvements and changes being made to Mass Effect, Walters concluded his interview with Metro by revealing that the third game’s controversial ending would remain unchanged.

“Sure, you know the controversy around the ending,” he admitted. “And we understand, I certainly understand, how that didn’t hit with some people. But I don’t think you suddenly just go in and try to change anything in that regards.” 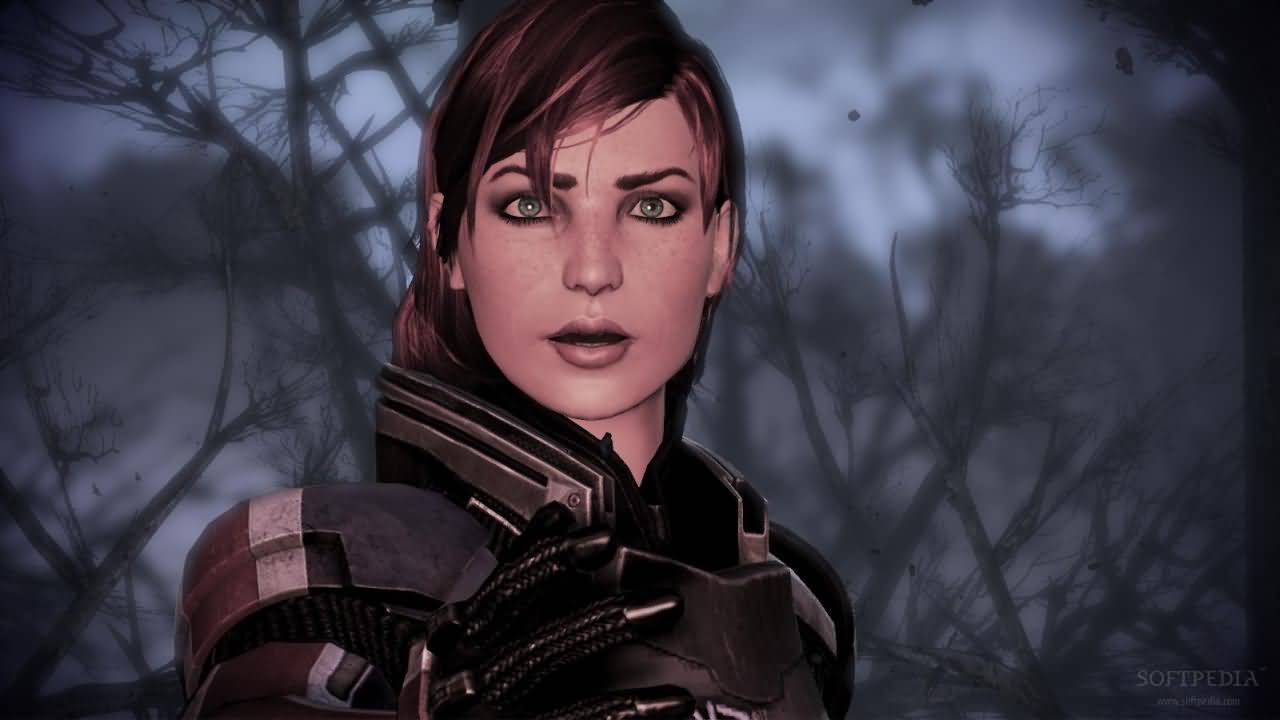 As of writing, a full list of cutscenes intended for alteration is currently unknown.

Mass Effect Legendary Edition is currently set for a May 14th release across PlayStation 4, PC, and Xbox consoles.

What do you make of these cutscene changes? Let us know your thoughts on social media or in the comments down below!