Following his work on Tales From Earthsea (2006), From Up on Poppy Hill (2011), and the CGI animated television series Ronja, The Robber’s Daughter (2014) (which is currently available to stream on Amazon Prime), director Goro Miyazaki, has stepped forward to present Earwig and the Witch, the first feature length film from Studio Ghibli to be done entirely in CGI.

Related: Soul Review: The Art of Jazzing Through Life

Based on the novel of the same name by Diana Wynne Jones, Earwig and the Witch takes place in the 1990s in England and follows a a 10-year-old girl named Earwig (Erika in the English dub, Aya in Japanese), who, other than not having any sort of say-so in being off at an orphanage as a baby, has always gotten what she’s wanted.

Intending to stay at the orphanage forever with her best friend, Custard, Earwig is astonished when she’s adopted by a plump woman named Bella Yaga and her intimidating bespectacled acquaintance known only as The Mandrake. Earwig is delighted to learn that Bella Yaga is a witch and that the house she now lives in encases its inhabitants with magic. 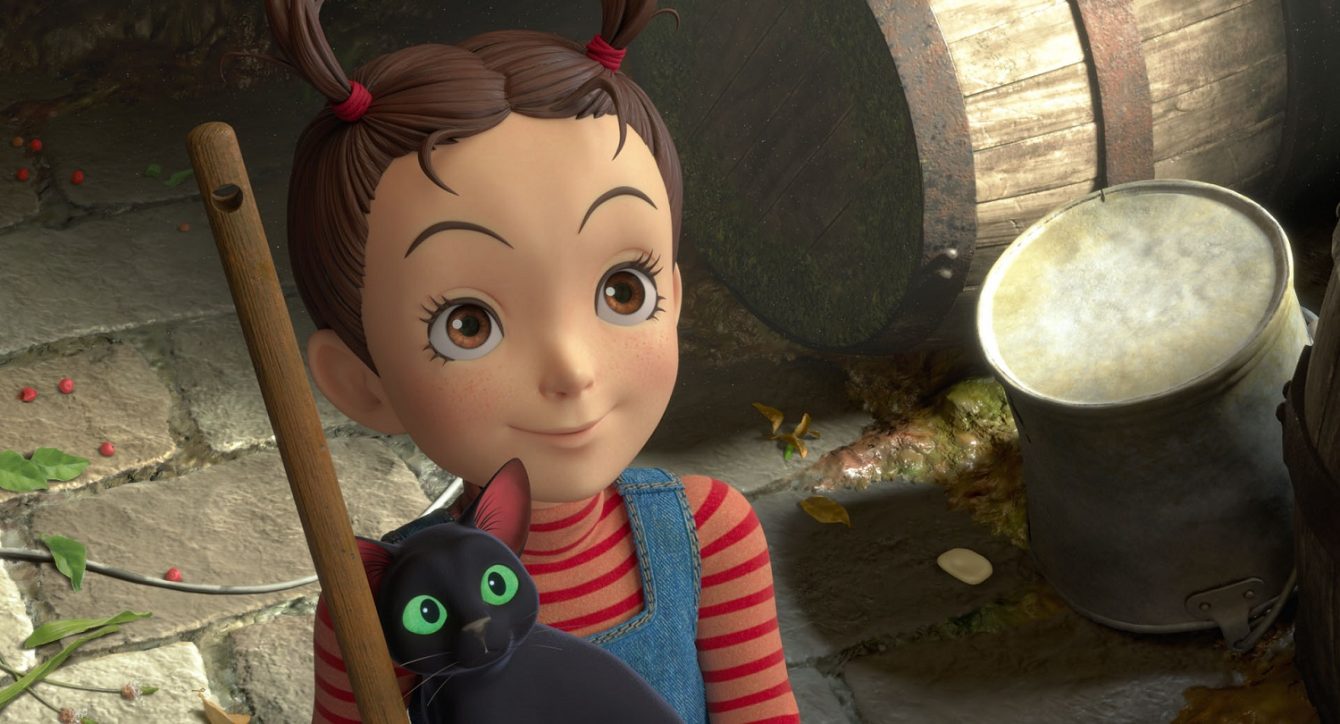 Earwig and the Witch’s animation style is off-putting from the start. The character designs have just enough of that familiar Studio Ghibli style to make the film feel like it’s attempting to belong in the same beloved echelon, but the art style is awkward in its transition to CGI animation. However, facial expressions, particularly those made by Earwig when she’s angry, laughing, or disgusted, are solid and entertaining.

However, there is still an unshakeable feeling that the visuals, aside from everyone’s super vibrant and amazingly styled hair, are purposefully lacking detail. Earwig has this Jimmy Neutron quality to her, which is a fairly accurate comparison to make, as Earwig and the Witch is Studio Ghibli’s first made for TV animated film (it aired on NHK General TV in Japan on December 30, 2020)  since Ocean Waves (1993). 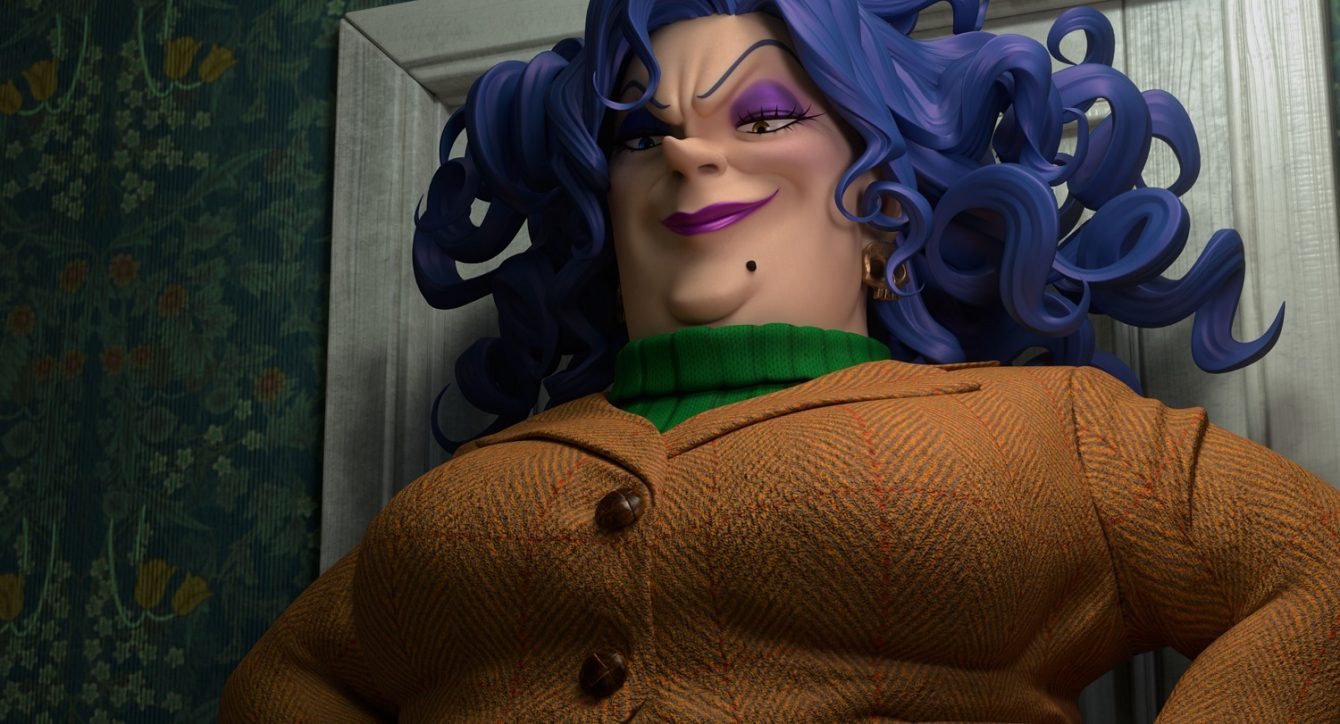 Related: Review: Atelier Ryza 2: Lost Legends & the Secret Fairy – Does It Have The Right Ingredients?

The highlights of the film mostly lie within the side characters. Thomas, the black cat, is sick of having Bella Yaga cast a spell that would leave him infested with blue and green worms, and assists Earwig out of concern for his own well-being. His desire to obtain thumbs is amusing and the moment when he to tries to remember the right incantation to the body of magic potion is a comedic highlight.

The Mandrake, who commands little demons that spin around like Taz/The Tasmanian Devil that do his bidding, is also the coolest character in the entire film, as he has this particularly scary and hellacious demeanor about him that makes every sequence involving him memorable. 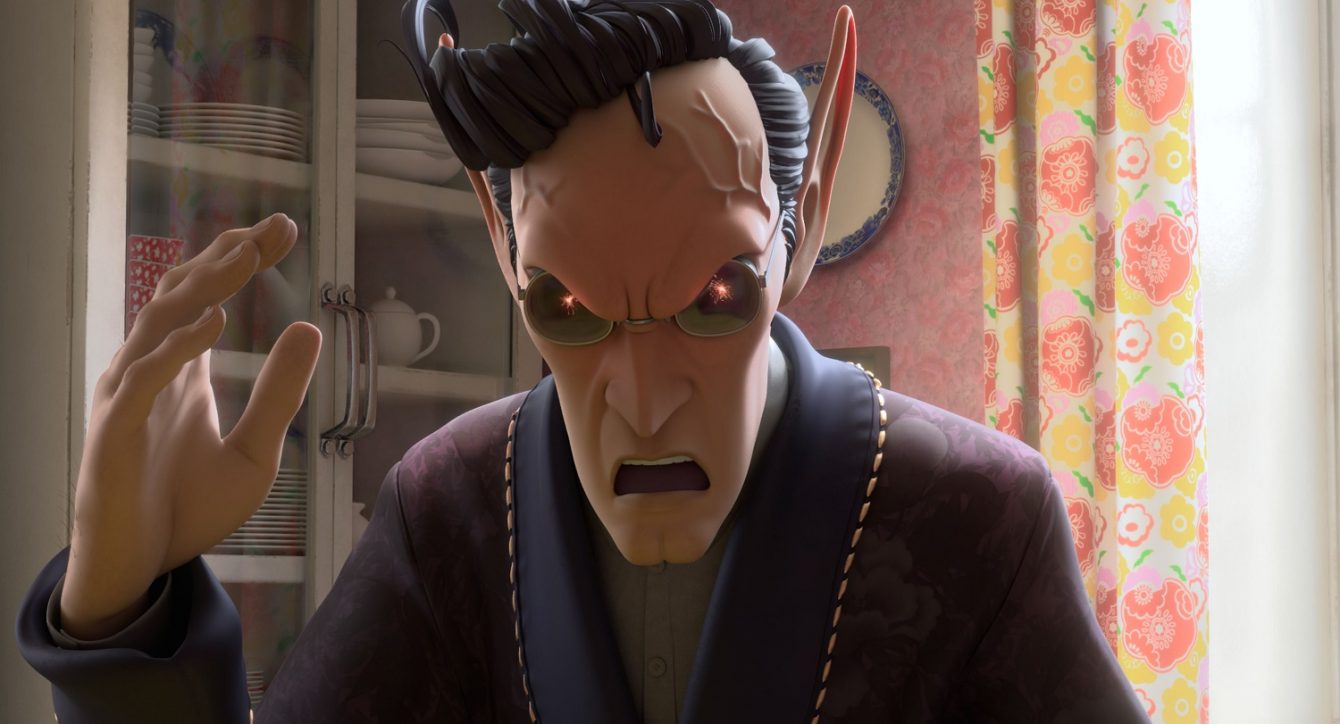 Conversely, the Earwig character is mostly an obnoxious brat. She likes to do what she wants and she turns her nose up at anyone who makes her do otherwise. The film slightly hints at moral atonement, as though Earwig initially imposes her desire to see Custard upon Thomas, constantly calling the cat by her best friend’s name, over the course of the story she seemingly learns that she can’t always get what she wants and realizes that she must earn what she desires.

However, this is all dropped in the last five minutes of the film. Everyone caters to Earwig’s needs by the time the credits roll.

Like this plot line, the ending is also incredibly abrupt. Earwig and the Witch seems to stop right at the moment you’ll have been craving the entire film. Though an ‘epilogue’-type story story seems to be told throughout the end credits, the featured artwork only shows the characters taking a non-related trip to the beach without any follow up of all the unanswered questions left in the aftermath of Earwig’s adventure. 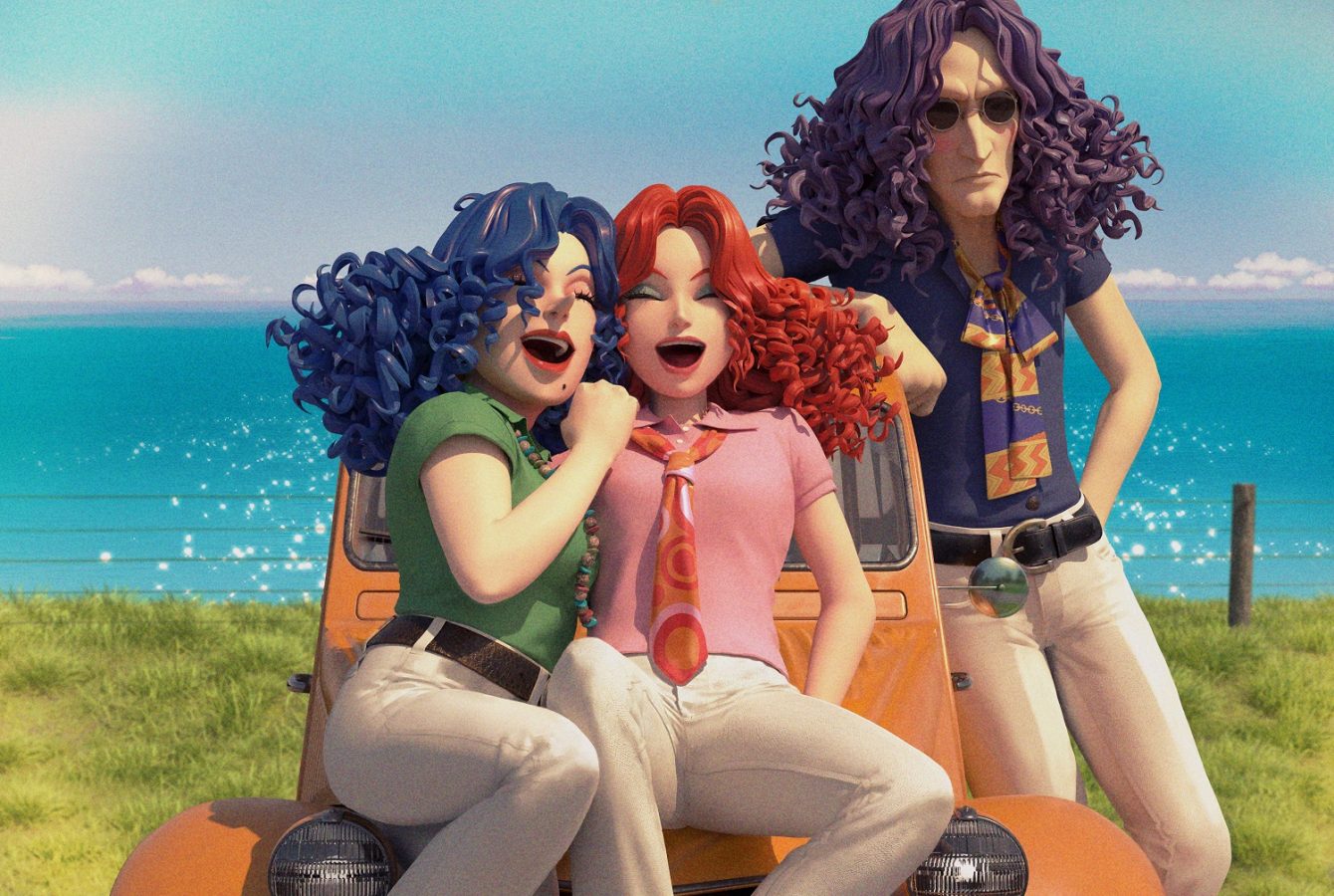 One of the main aspects that’s never really followed up on is the music. Earwig was the name of the band Bella Yaga and The Mandrake used to be in alongside Earwig’s mother. Earwig’s mother leaves her a cassette of the band’s music and there’s also a vinyl record, but apart from learning they were all in a band together and hearing two of their songs, nothing else about the group’s musical past is revealed.

We also don’t know much about these witches other than they all knew each other and that Earwig’s mother left the group to pursue other interests. Also, while the music is fine, the lyrics are a bit difficult to decipher in the English dub (captions weren’t available at the time of this writing). 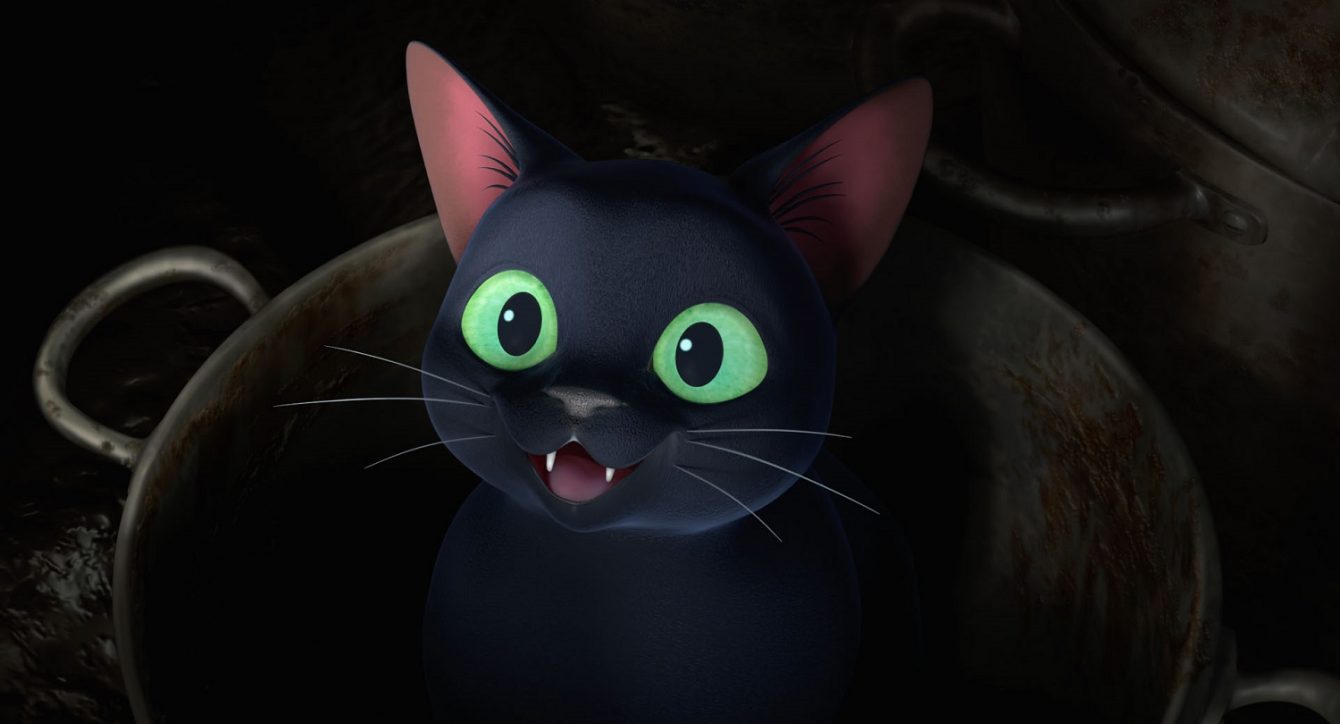 If you’re a fan of anime, animation, or CGI animation done right, seek out Lupin III: The First instead. It was recently released on DVD and Blu-ray and the animation is superb. The film is the first time the Lupin III character was in a CGI animated film, and compared to Earwig and the Witch, presents a far more fluid, detailed, and entertaining experience overall. 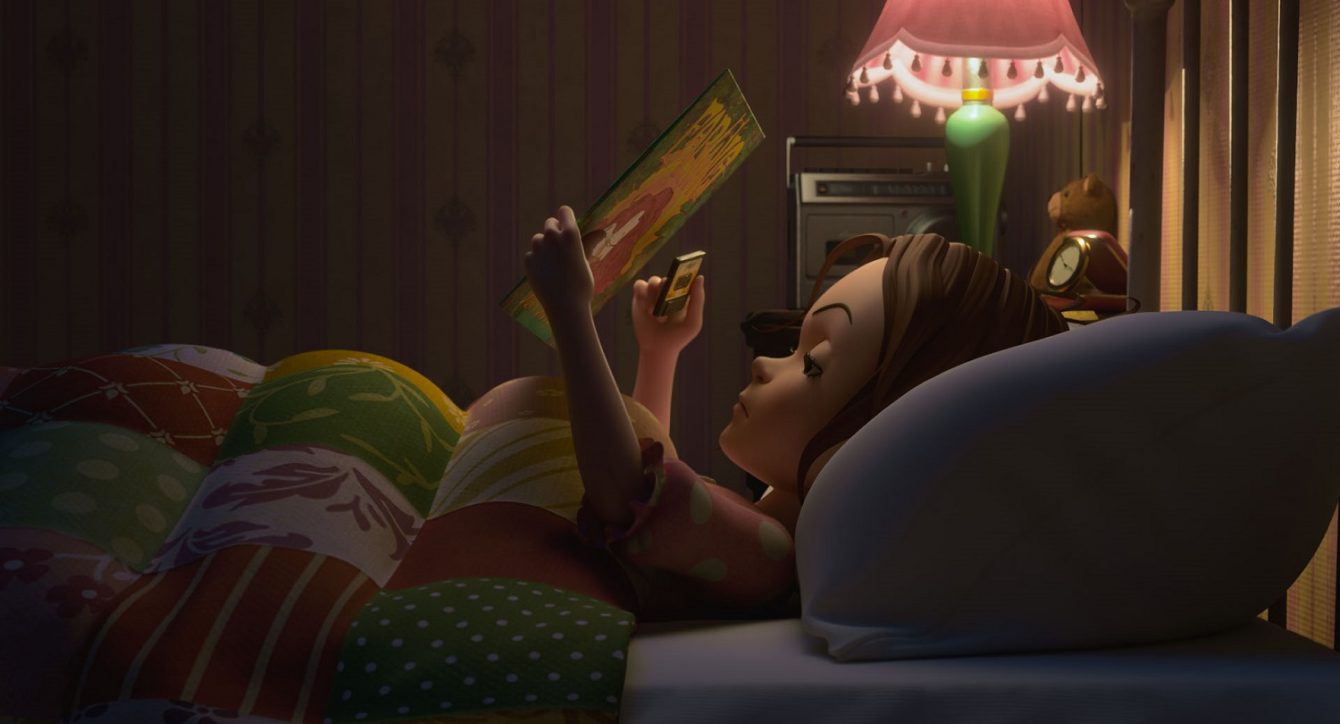 That’s not to say that Earwig and the Witch is terrible, as it is a lot better than its Rotten Tomatoes or Metacritic reputations imply. The film is short, easy to digest, and makes it easy for viewers to get invested in the story, The Mandrake is an awesome character, and the film shines brightest whenever something happens involving magic.

The problem is the film doesn’t know how to provide a proper conclusion. Unless a sequel is on the horizon, Earwig and the Witch is basically a huge tease. However, for a made for TV animated film, it’s fun and amusing for anyone of any age and would be perfect for any family movie night. 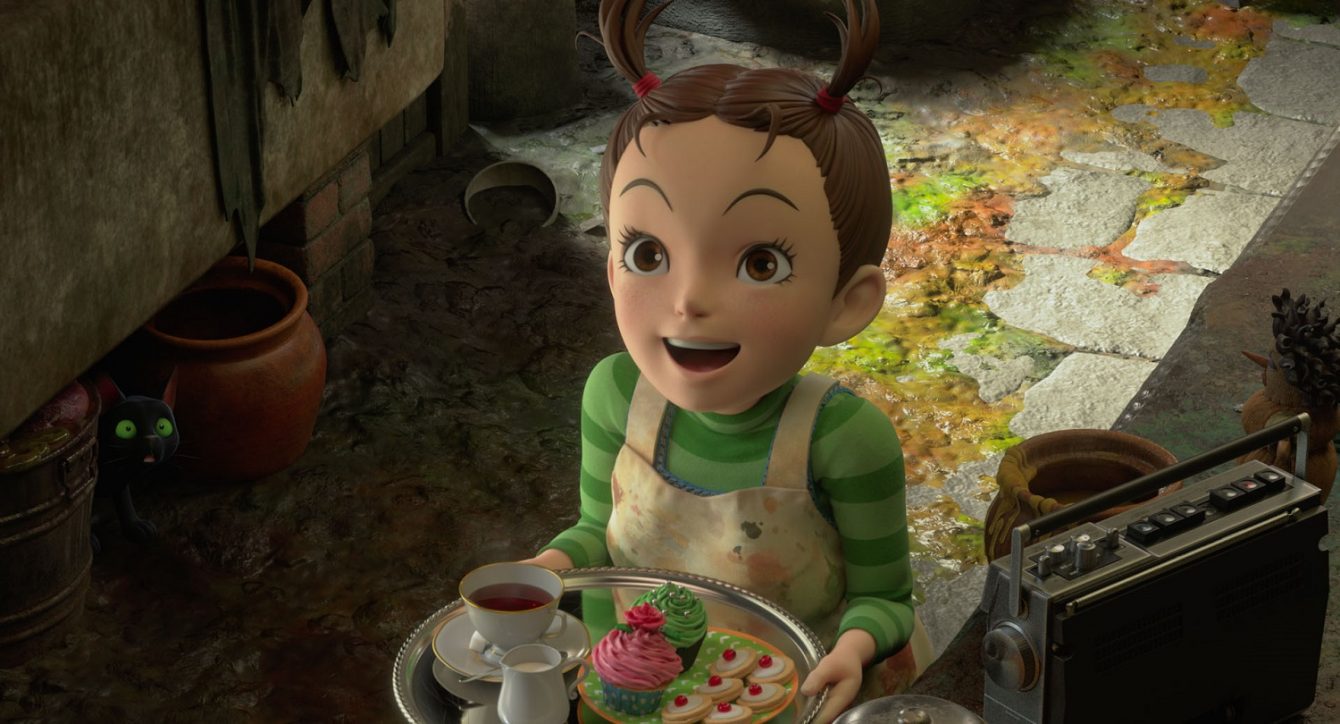 Earwig and the Witch has a limited theatrical release on February 3rd. It will be released on HBO Max on February 5th. The official digital release of the film is March 23rd and its DVD/Blu-ray release is April 6th. A limited edition steelbook is set to be released by GKIDS.