The 5 Indie Comics weekly column is back!

As noted in the first article of the column, the purpose of this column is to shine a light on some independent projects that look top notch all around from the story to the art. 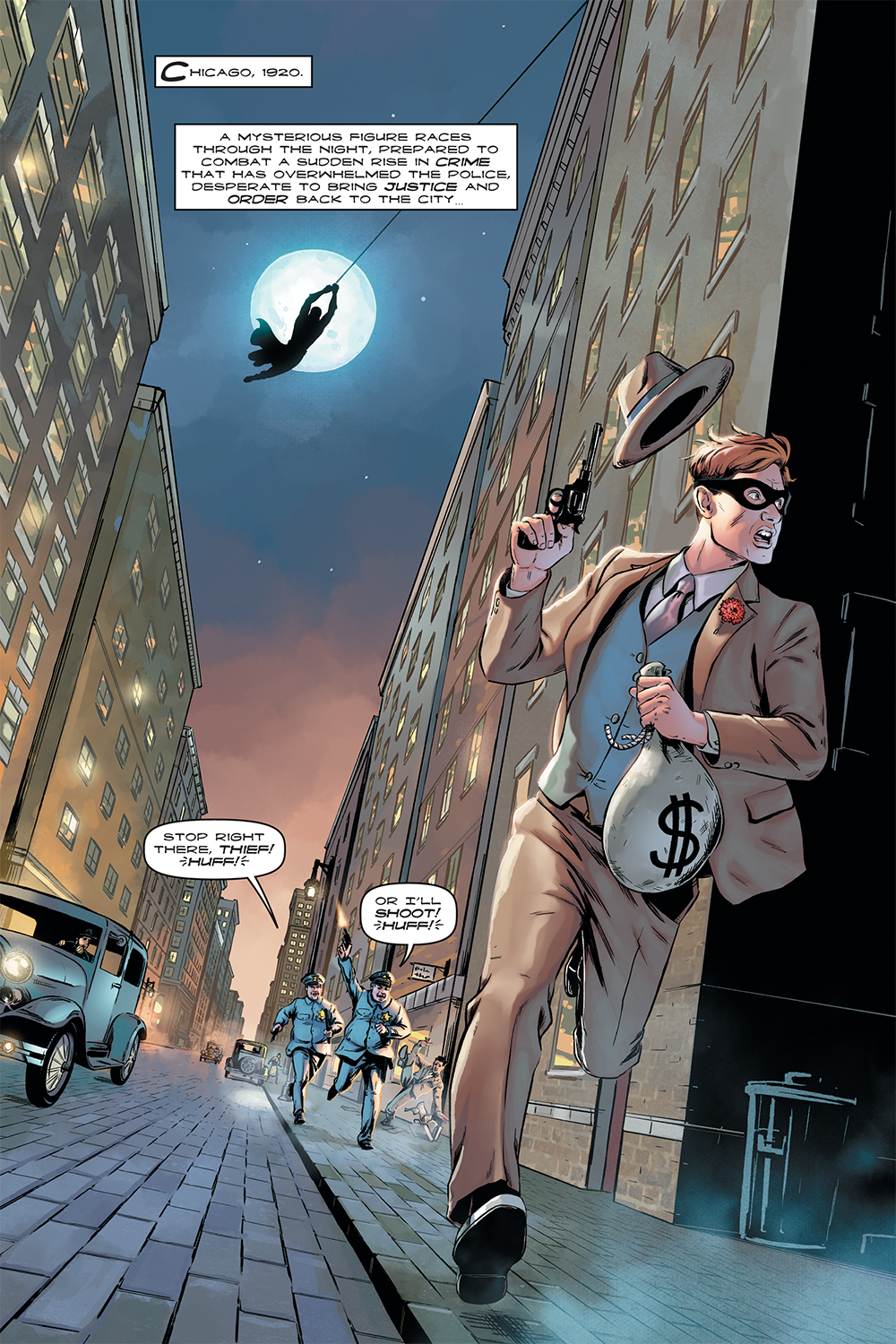 The Phantom Phoenix is written by Philip Kosloski with art by Michael LaVoy and colors by Jay David Ramos.

The story follows The Phantom Phoenix aka Martin Claver, a World War I fighter pilot who suffered a leg injury during the war.

Here’s how the story is officially pitched:

“Set in Chicago during the 1920s, Martin struggles to find his place in the world. He suffered a debilitating leg injury as a fighter pilot in World War I and is rejected by society. Without the support of family or the ability to work, Martin is a homeless veteran roaming the streets of Chicago, living off of scraps of food he finds. That is, until he rises from the ashes.

Through a series of unlikely events, Martin discovers that his knowledge of the streets can actually help the country he fought to defend. Working in the shadows as if he was a “phantom,” he encounters criminals and crime scenes, giving the police the hints and clues they need to clean-up the streets of Chicago.

Despite his difficult situation, he wants to help the police and bring criminals to justice. Martin is aided in his pursuit for justice by a Polish priest named Fr. Karol, who gives Martin sanctuary in his church basement, establishing a “base of operations” for his detective work and tinkering on new inventions.” 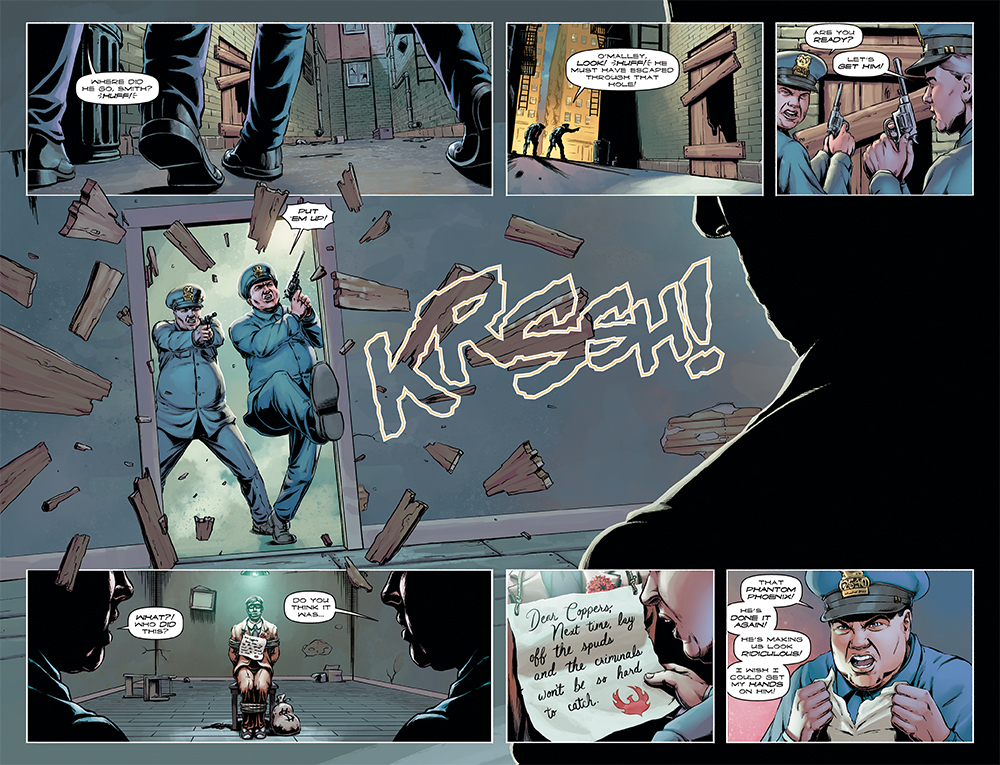 If the book reaches full funding it will be 20 pages long, fully colored.

It is currently available to back on Voyage Comics. 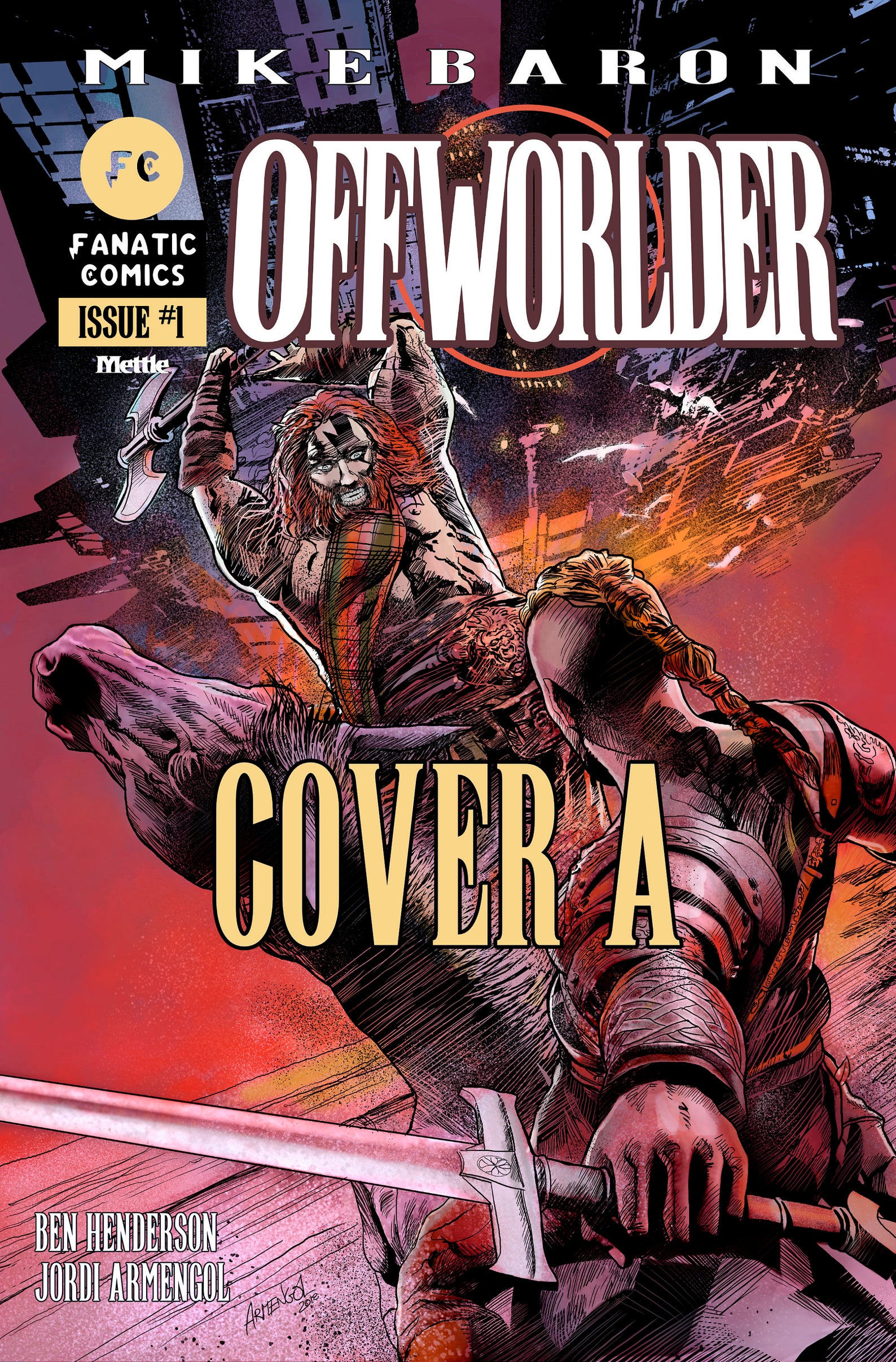 Offworlder is written by Mike Baron and artist Jordi Armengol.

Here’s the official description for the book:

“Seventh century Scotland. Henry Gunn leads his clan in a ferocious battle with Viking invaders led by the Savage Rathgar! Rathgar sees victory finally within his grasp. Gunn and his men, sensing that this may be their last stand, are saved by the approach of three unknown ships. The Vikings flee, not sure if the new uninvited “guests” are friend or foe.

Gunn and his men are saved by the fortuitous approach of Princess Sa’ Ra of Alexandria. Sa’ Ra has been sent on a mission to find a champion. One that she believes will aid her in her time of need. But the “Gods” have an even greater need for this man, Henry Gunn! And if he allies himself with Sa’ Ra and these “Gods”, He will be forever changed!

Will Gunn undergo the transformation to something other than human, and at what cost? The fate of civilization rests on the shoulders of a troubled warrior, husband, and father. What are you willing to sacrifice for all of humanity?” 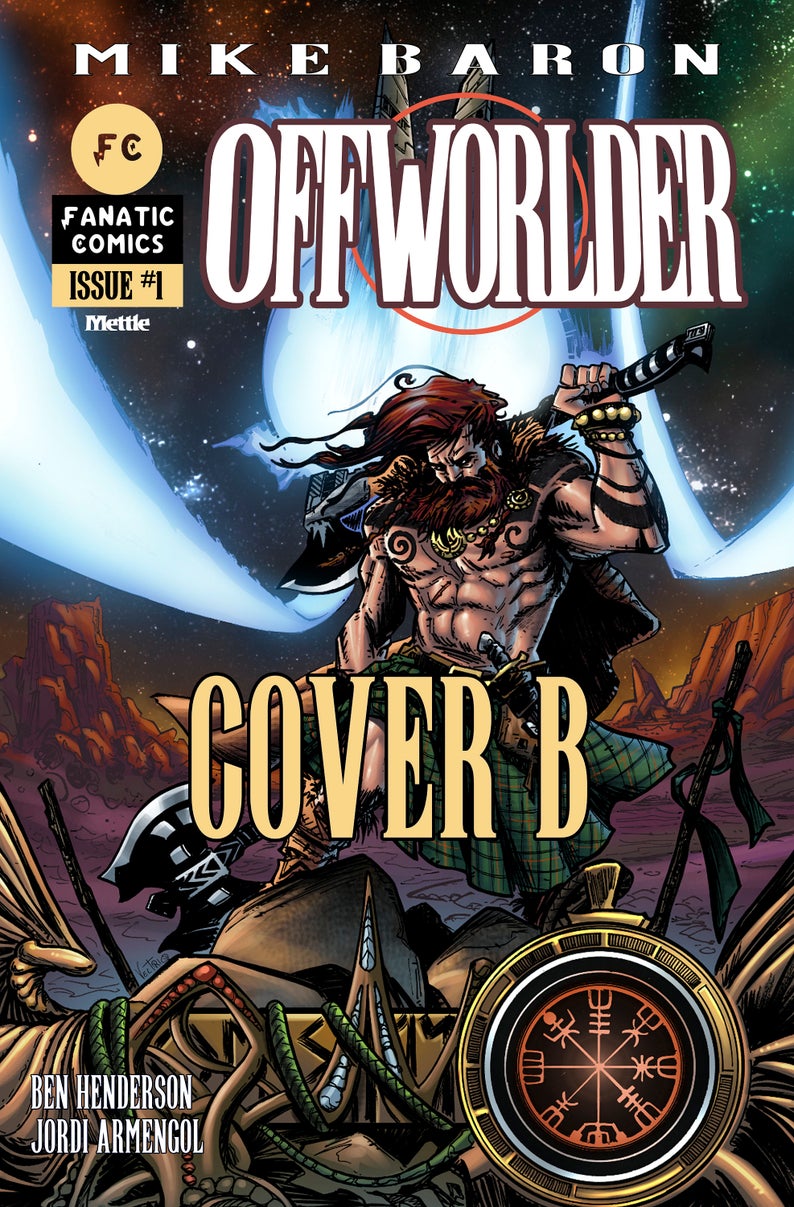 The book is available to purchase on Etsy. 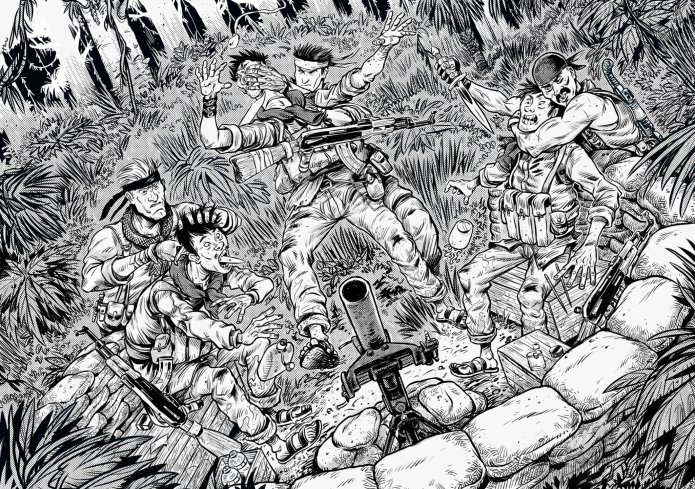 “1973 – 4 young MACV-SOG soldiers finish up their Tour Of Duty in Vietnam and fly back to the USA to start their dream of becoming rock musicians.

1975 – After having all of their equipment & van stolen after a concert, they accept an offer from a colonel they knew in Vietnam for a 6-week “security consultant” gig in Japan.

What could go wrong?

They train some very serious & fit Japanese men in the elite tactics & advanced weaponry that they used as MACV-SOG soldiers. As they finishing the consulting gig, they find out they won’t be going home…ever. The people who they had been training are NINJA!

1981- After years of service to the Ninja Clan, the boys finally escape and head back to NYC. They reform the band, but must turn down all record deals and promotion since they have to lie low, so that the Ninja Clan cannot track them down…and kill them OR (even worse) force them back into the nightmarish life they had already escaped from!

1983- Realizing that their big shot is passing them by, the boys create an elaborate plan to lure their Ninja Clan to New York City and pick them off one-by-one. They do this by splicing in footage of them in ninja garb using secret techniques from their ninja clan into VHS tapes of re-dubbed Ninja Movies that were filmed in The Philippines.  But they’re not the only people with plans for the Ninja Clan. The Colonel wants to bring Ninja into the modern world and FRANCHISE them!” 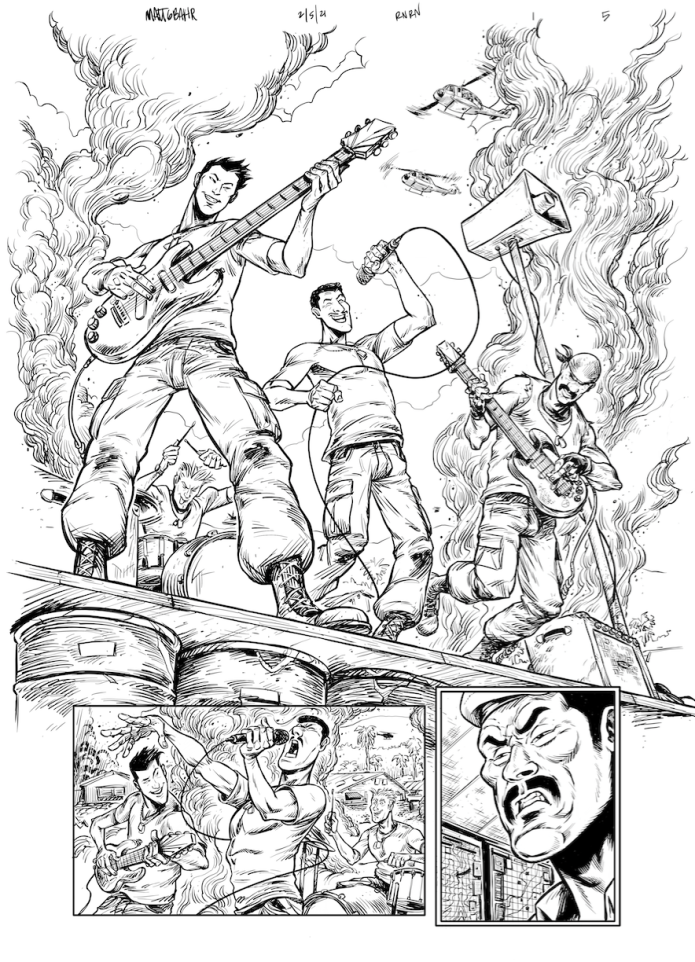 It is currently able to be backed on IndieGoGo. 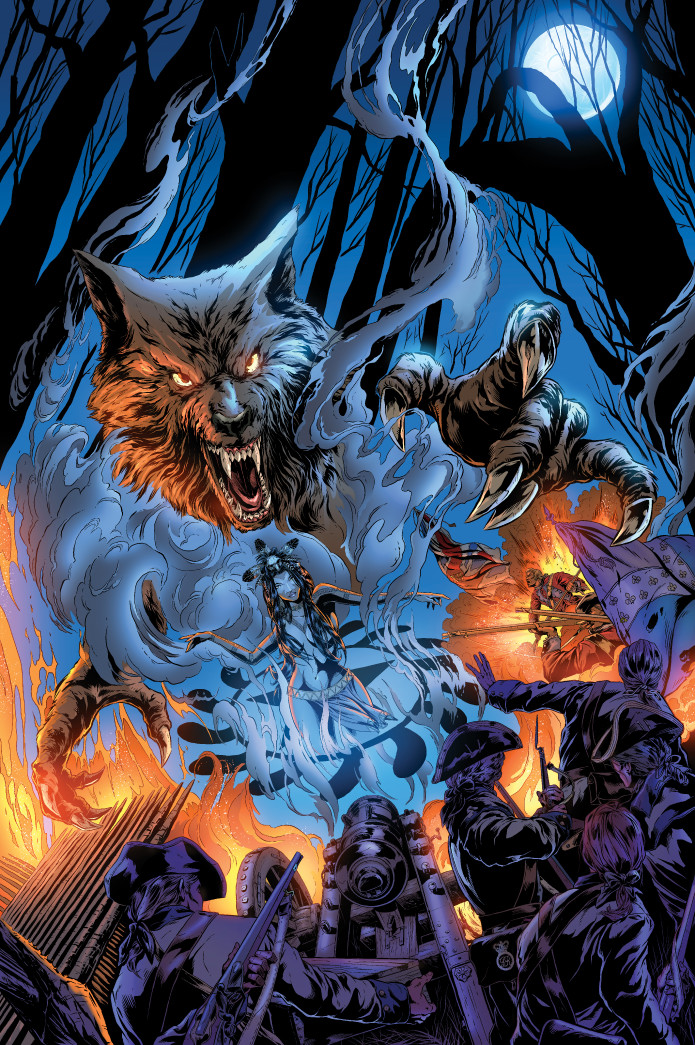 War Party is created by Justin Murphy with J. Brown on colors.

“After their families are killed during the French & Indian War, and the surviving child is captured, a group of colonial fighters organize a rescue when they receive shape-shifting powers from an ancient tribe. Wolf, bear, eagle, jaguar & gator all team up in an unlikely alliance against the French, the British and their native allies.

‘War Party’ is a fantasy-adventure tale set in a brutal historical period.” 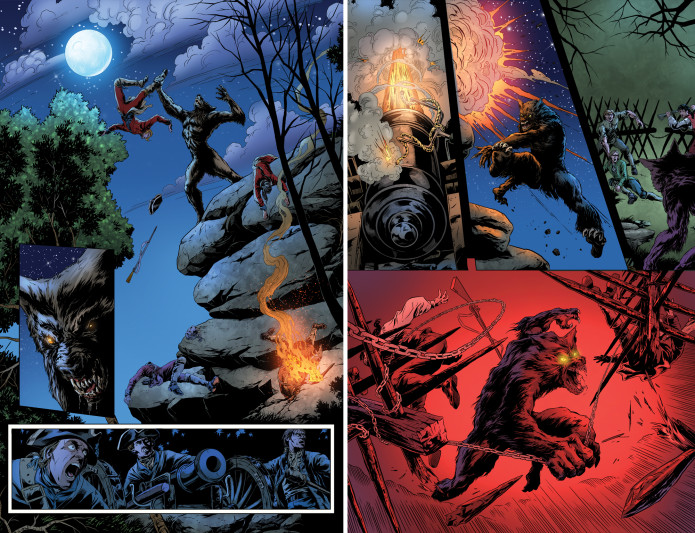 It can currently be backed on IndieGoGo. 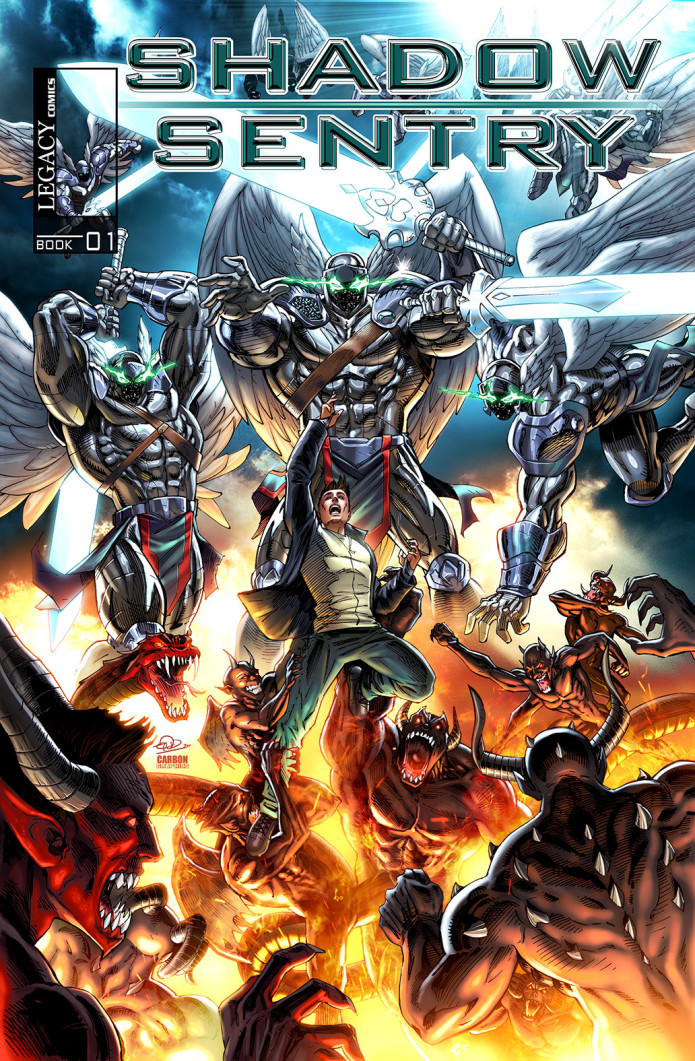 Shadow Sentry is created by Eric Ninaltowski with colors by Kid Ikaris and Carbon Graphics.

“Shadow Sentry is an X-Men meets The Matrix superhero team book that is classic good vs. evil, with a supernatural twist.

What if you had a near death experience… But when you returned from the other side you brought back a piece of eternity with you? A part of the unseen, the supernatural. You awoke to find you had paranormal abilities and were able to break the laws that govern the world around you.

Dive into the midst of a war of biblical proportions; The High Born: Soldiers of Heaven fighting to keep the world safe from a new breed of evil; the Hell Born: Agents of Darkness bent on plunging the world into eternal oblivion.

But what happens they are faced with a crossbreed hybrid of Hell Born and High Born? Will he be the one to save the world, or will he lead the war against it!?” 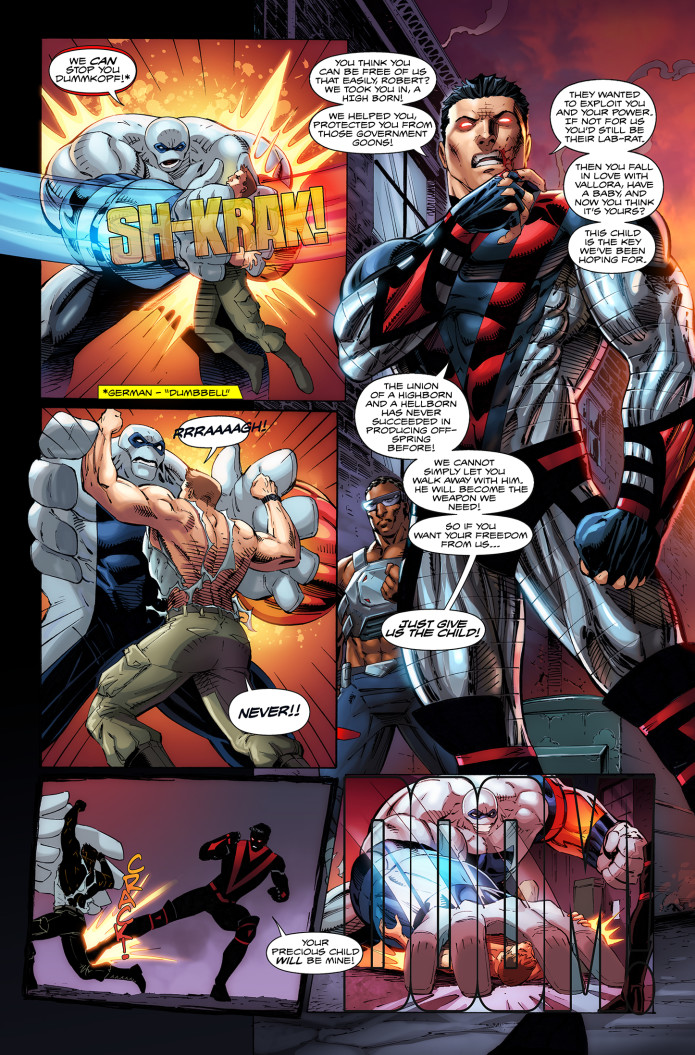 The book can be currently be backed on IndieGoGo.

What book are you backing? What have you been reading that’s good?