A new report claims that only black writers were considered to write for Marvel’s upcoming Blade film. 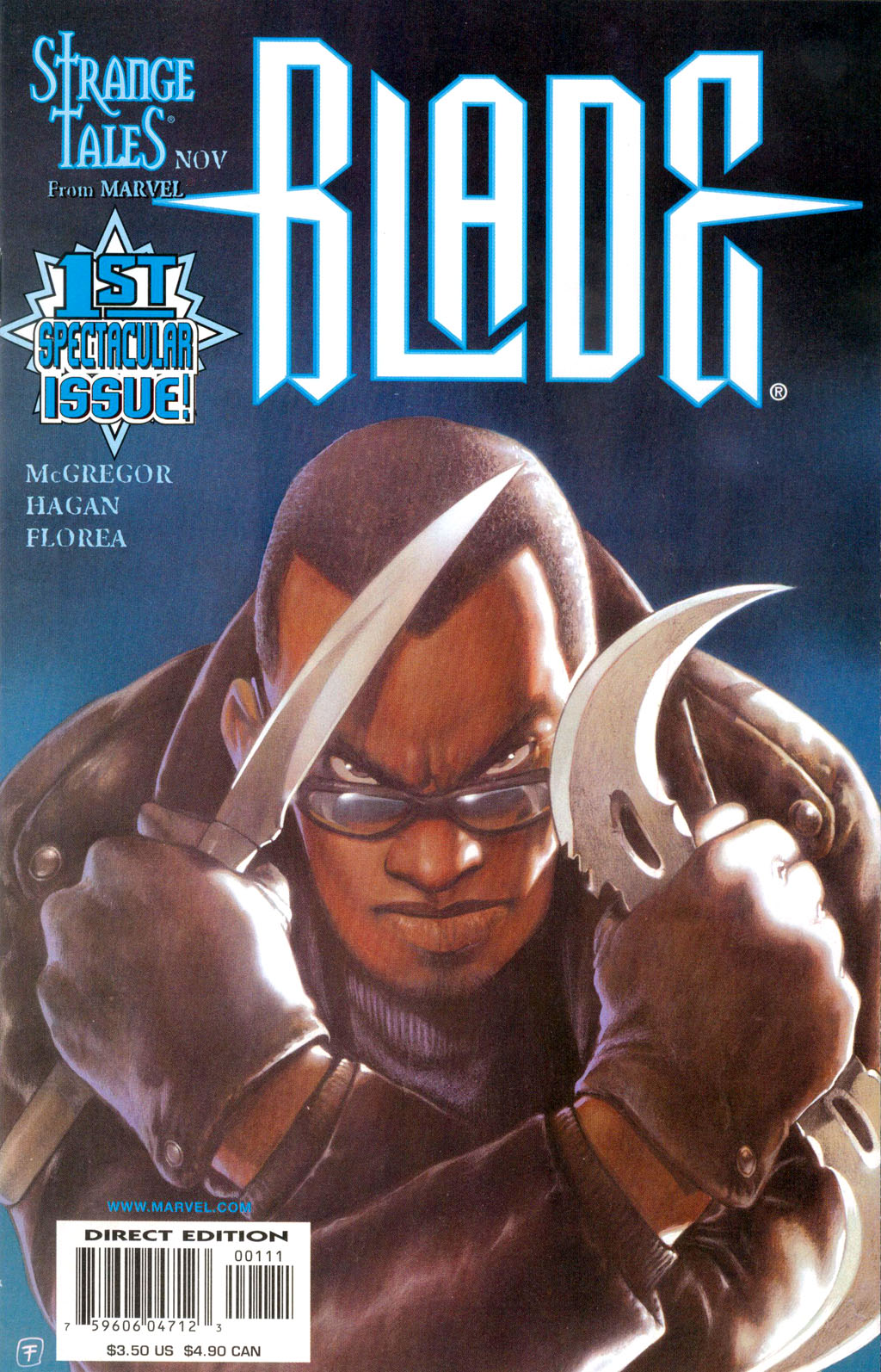 Kit writes, “Only Black writers were seriously considered, a reflection of Marvel’s focus on diversity and making representation a key factor — especially when tackling nonwhite characters.” The search for Kuffour reportedly took at least six months and Ali was involved in the process.

Interestingly enough, Blade was created by Marv Wolfman and Gene Colan back in 1973, He first appeared in the Tomb of Dracula #10. Neither Wolfman nor Colan are black.

Their race didn’t seem to impact whether or not they could create and write the character because he was “nonwhite” as Kit puts it. 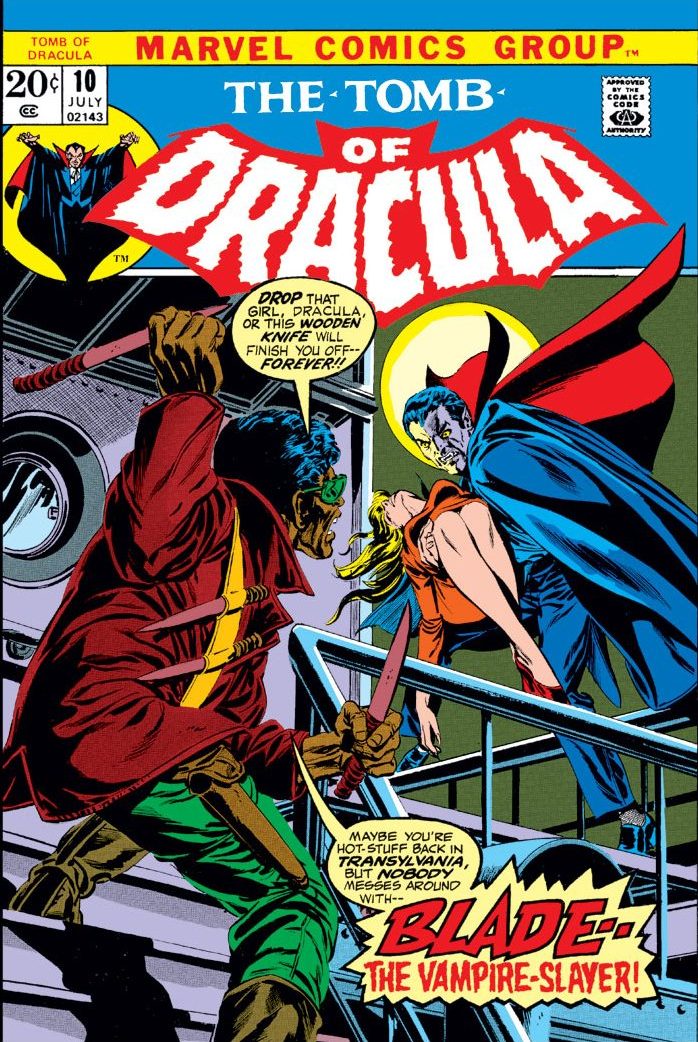 Blade would eventually get adapted to live-action with Wesley Snipes playing the titular role in the 1998 film. That film was written by David S. Goyer and directed by Stephen Norrington. Like with Wolfman and Colan, neither Goyer nor Norrington are black.

Like previous Blade creators, Guillermo del Toro is not black. 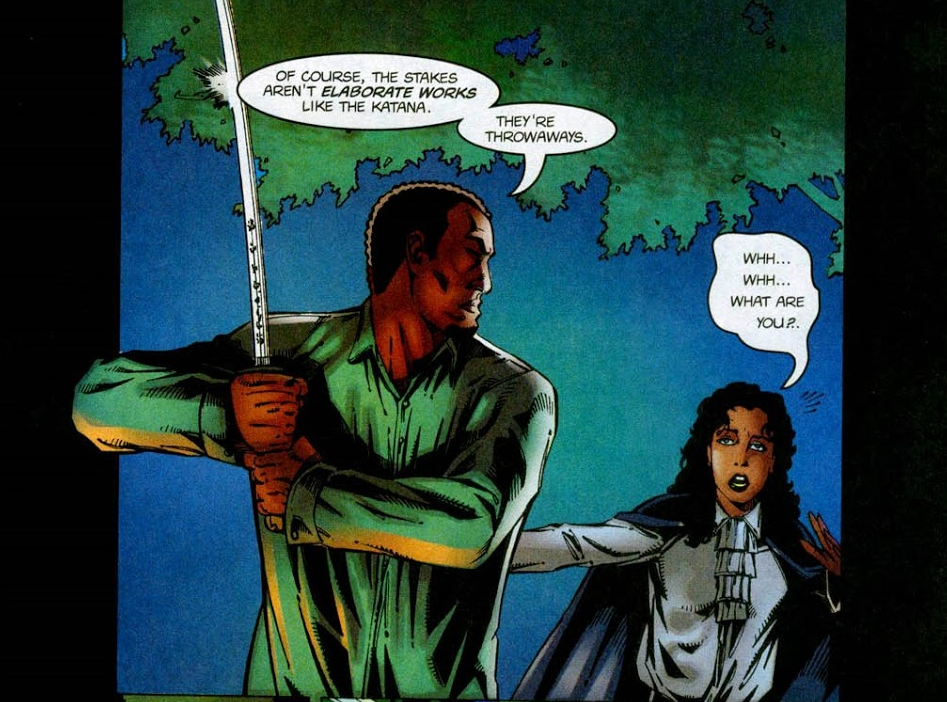 The idea that white people can’t write black or nonwhite characters is nothing new to the Blade franchise. Back in 2015, Marvel Comics had announced a new Blade series that would focus on Blade’s daughter, Fallon Grey. The series was going to be written by Tim Seeley with art by Logan Faerber.

Here was the official description at the time:

“Fallon Grey is a sixteen year old girl from rural Oregon. Nominated for Prom Queen, Captain of the debate team, most popular girl in her class. But there is another side to Fallon. A feeling like there’s something more inside of her. When terror strikes her small town, she’ll find out just how right she was. As fearsome supernatural forces hunt Fallon, she’ll come face to face with something even more shocking than the monsters on her tail. Eric Brooks…Blade…her father?! And in each other, they’ll discover the purpose they’ve each been struggling to find.”

However, the series would never come to pass. Seeley announced he quit the book in an interview with Newsarama. 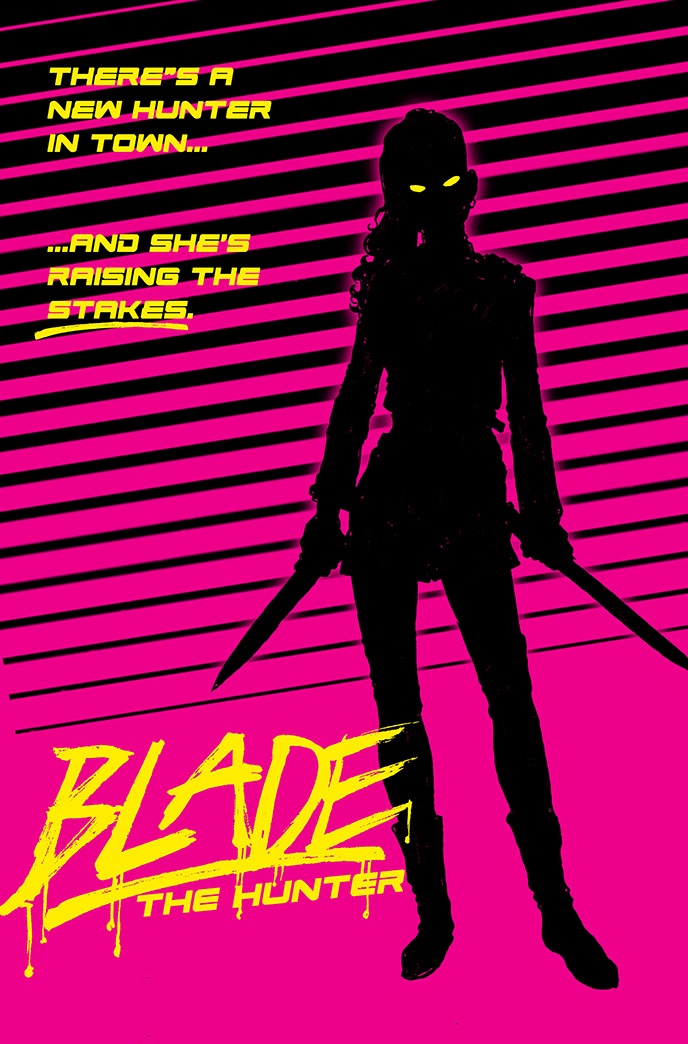 Seeley explained, “The short story is, I quit.”

He elaborated, “The long story is when Marvel hired me, I had just written ten years of a horror comic starring a female lead so I seemed like a good fit. So we threw around ideas of doing Blade’s daughter and when they announced it, Marvel was in a weird place because they had announced the hip-hop covers and a lot of people saw ‘here’s another black lead with an all-white creative team’ and you know it’s valid and definitely the case.”

“After a while, I felt like it was me screwing this up. I couldn’t help but feel like a black woman might write this stuff better than me and saved them from me. In the wake of ‘Black Panther’ launching so well, maybe ‘Blade’ is the book they find new talent on,” he added. 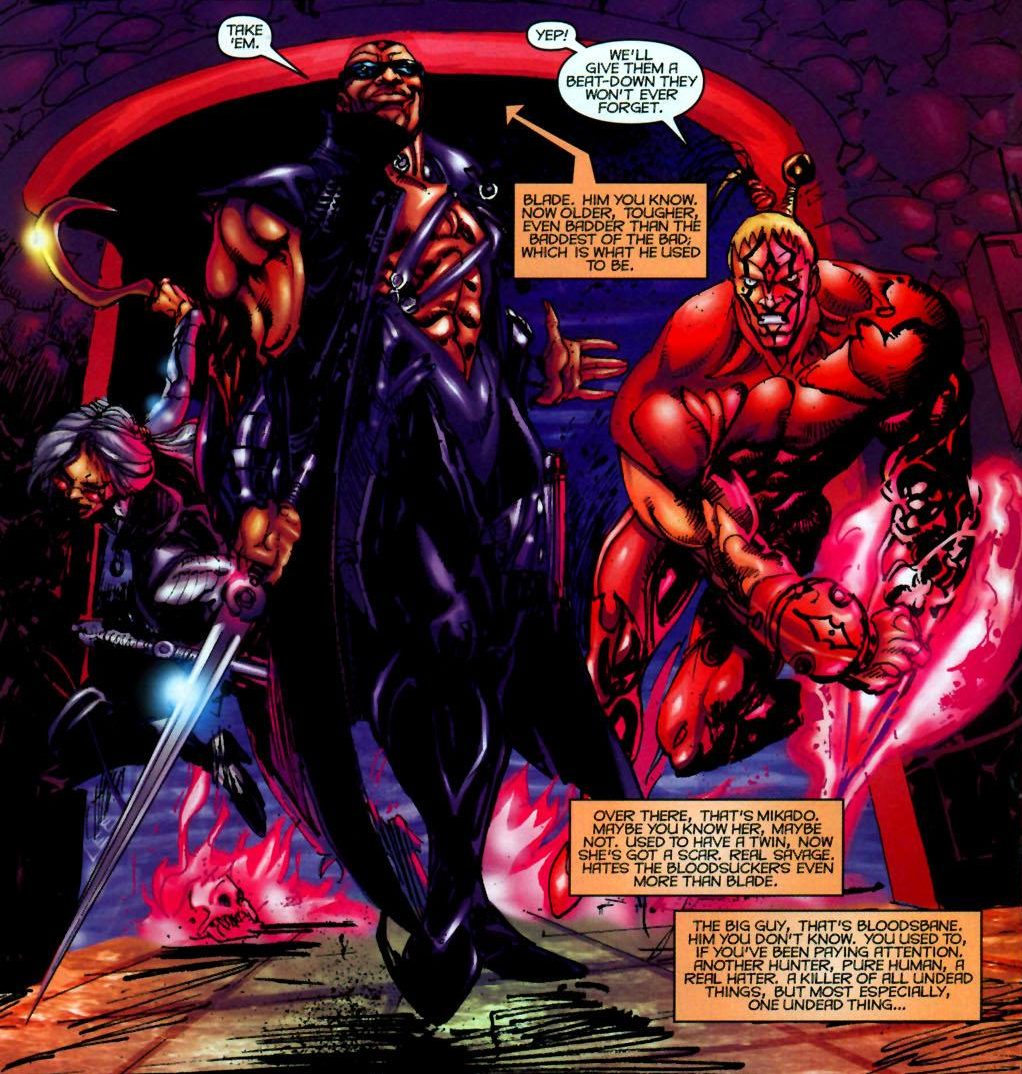 Not only has the Blade franchise been subjected to finding talent based on people’s identity, but Marvel Studios appears to have embraced the idea at-large. Back in July 2018, Kit and The Hollywood Reporter also reported that a “a female filmmaker was the priority” for their Black Widow film.

However, in that report Kit did reveal that “the search stalled at one point and the studio looked at male helmers.” They would eventually choose Cate Shortland to direct the film. 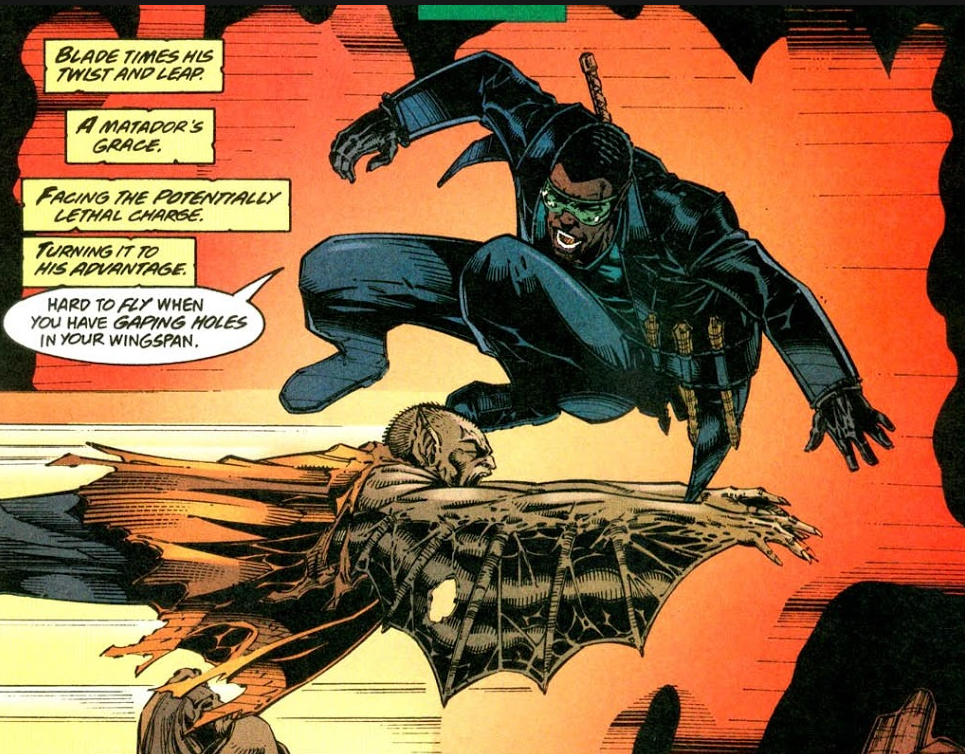 As for what we can expect from Blade, Mahershala Ali described the character’s darker tone compared to other Marvel cahracters and hopes they will bring that to the screen.

He stated, “And also a little darker. I love that’s it’s darker. That’s all in terms of tone. He’s a little bit darker than some of the other ones and so that element was attractive to me.” 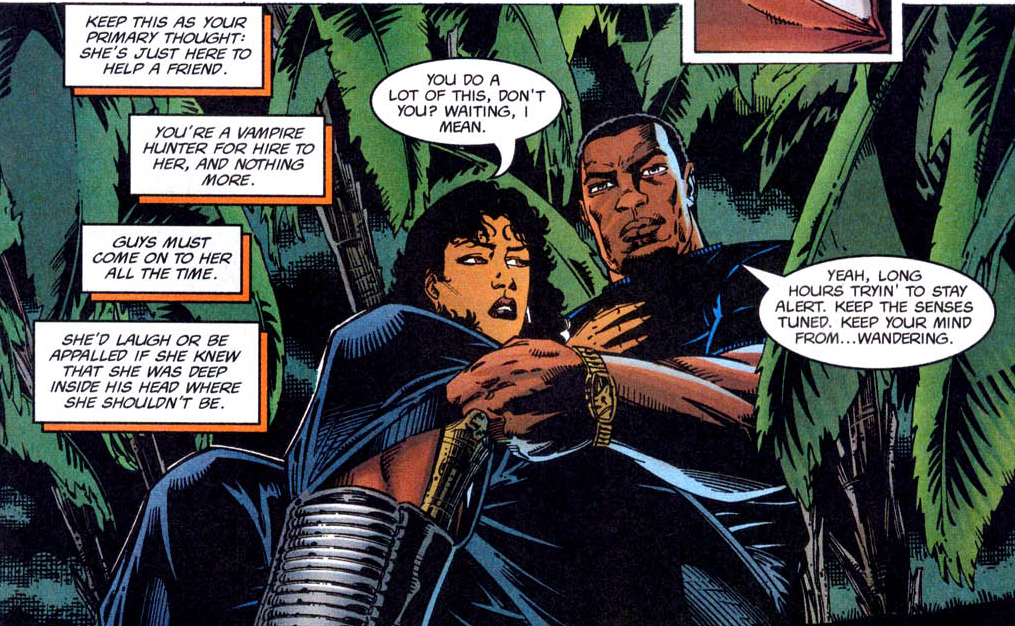 What do you make of the fact that Marvel only considered black writers for the Blade film?