A new rumor claims that Marvel’s Riri Williams, better known as the Iron Man-inspired superhero Ironheart, will feature as one of the Marvel Cinematic Universe’s first bisexual characters, while a recent theory postulates that she may make an appearance in the MCU prior to the premiere of her solo Disney Plus series. 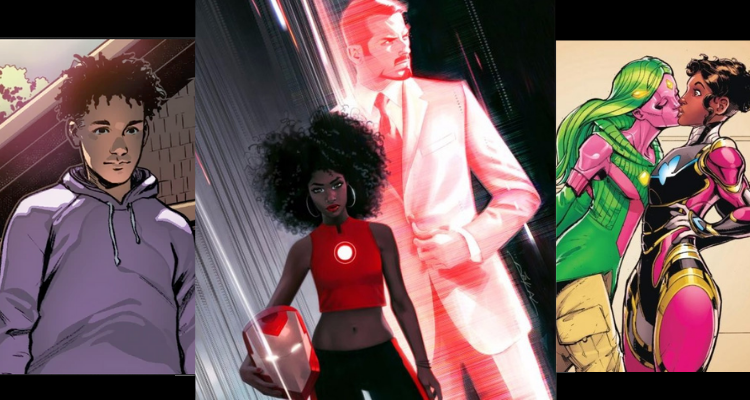 Crediting Daniel RPK for the information, most likely obtaining it from the scooper’s Patreon account, Portugese Twitter account Nação Marvel reported that “Riri Williams, a IronHeart, será bissexual no MCU. “

Translation: “Riri Williams, Ironheart, will be bisexual in the MCU.” 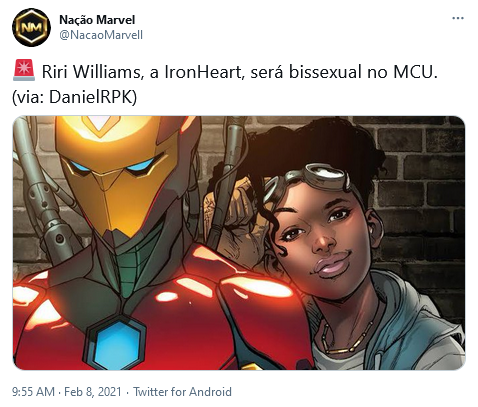 During an adventure in Weirdworld in Champtions vol. 2, the synthezoid daughter of the Vision, Vivian, finds herself overtaken by an alternate ‘personality’ known as Vivid Vessel (Issue #23). At one point during their excursion, dubbed ‘Weird War One’, Vessel fuses with Ironheart in a last ditch effort to break their Champions teammates free from the influence of Weirdworld (Issue #27). 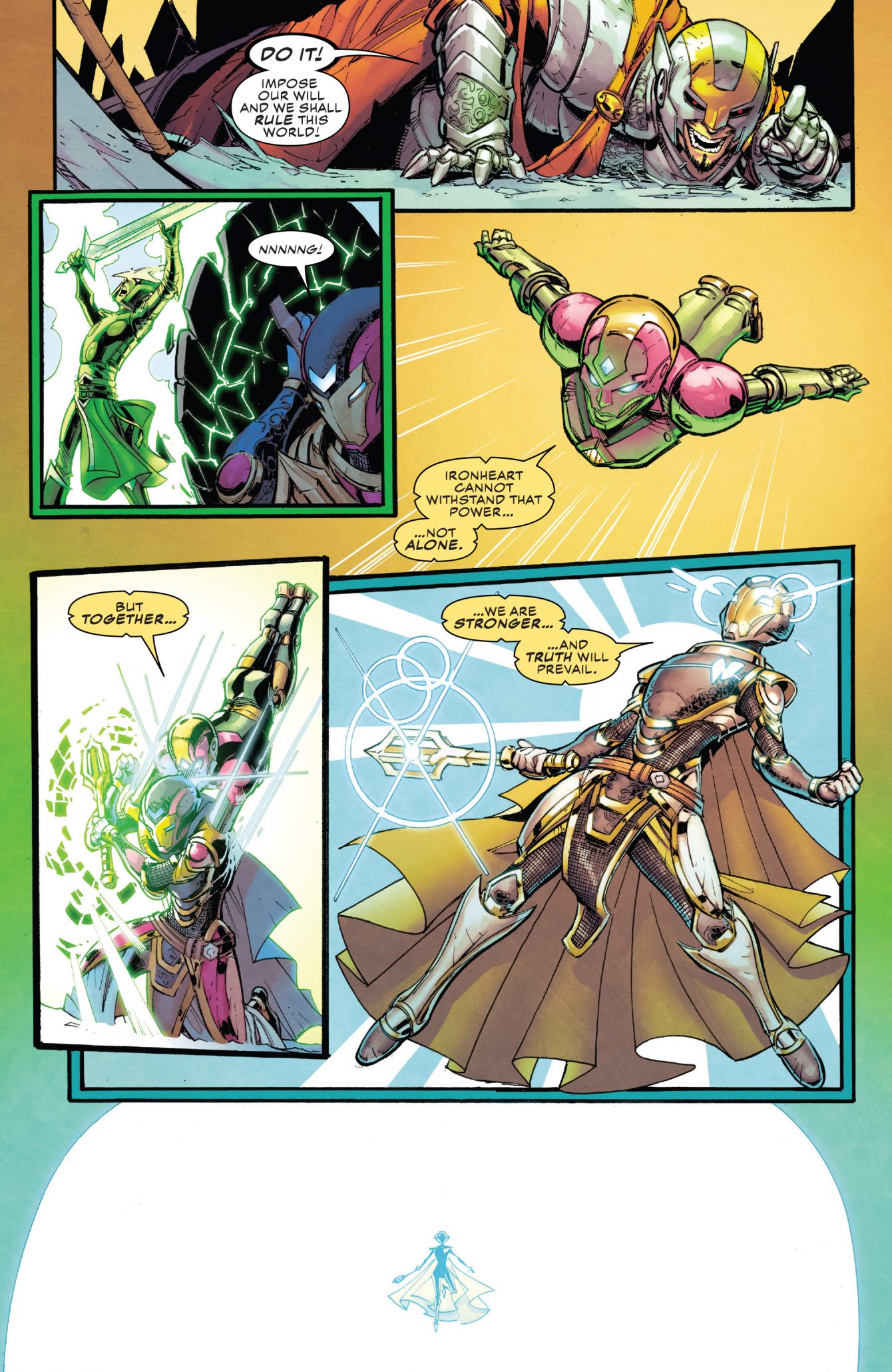 Following their return to New York, a now-restored Vivian expresses feelings for Williams and acts upon them, kissing her. Williams, being socially awkward and aloof with such situations, does not show objection to the act, but also doesn’t know how to appropriately respond. As such, Vivian leaves the room heartbroken, and Riri is left alone and confused. 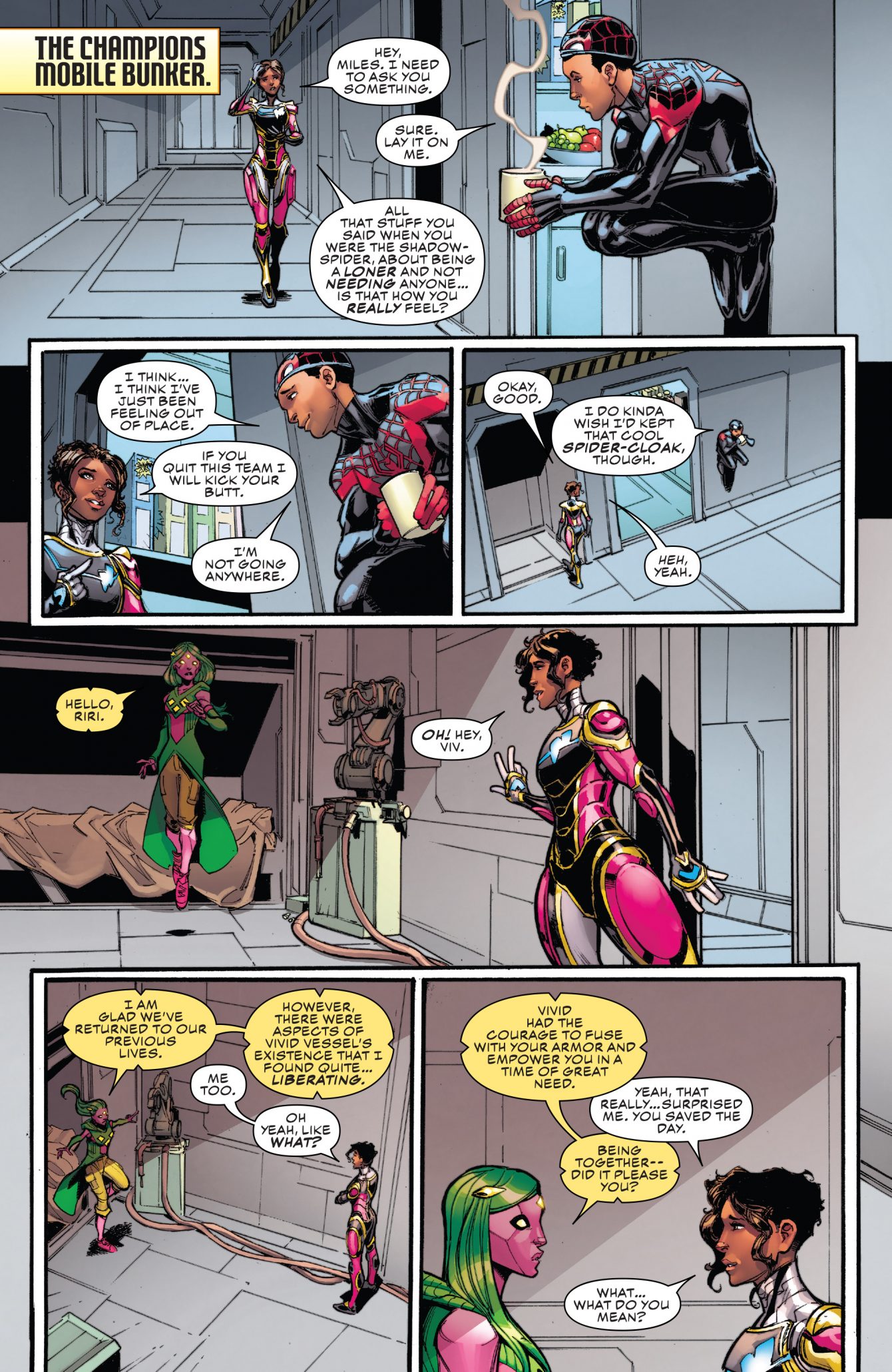 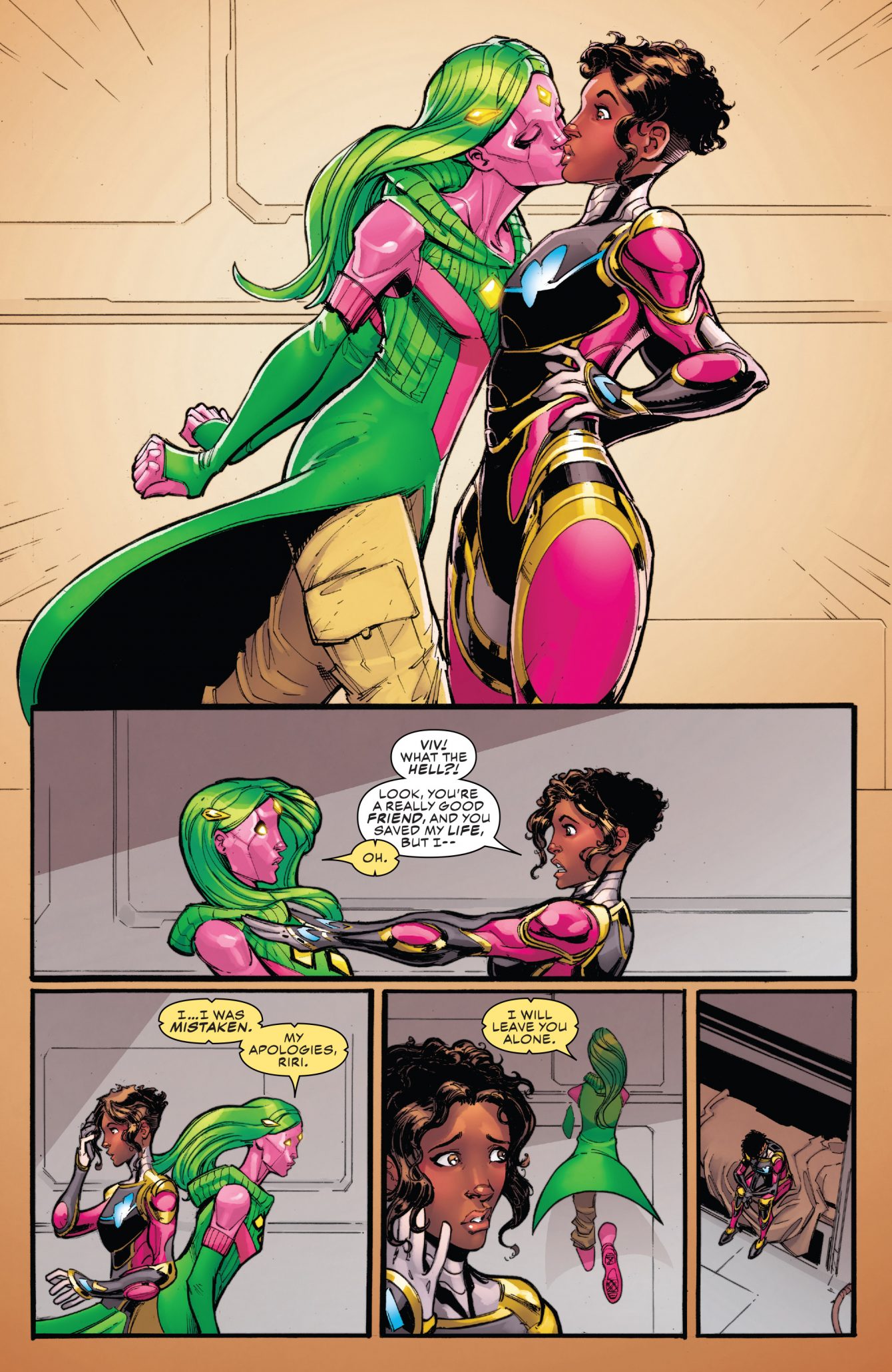 The subject is not broached again until the end of Champions Vol. 3, where after Vivian expresses her feelings towards Riri in a bid to break Blackheart’s influence over her and the team of teenage heroes beats back their demonic enemy, the armored Champion tells the synthezoid “I want to be your friend, Viv. Let’s work on that instead of hurting each other.” 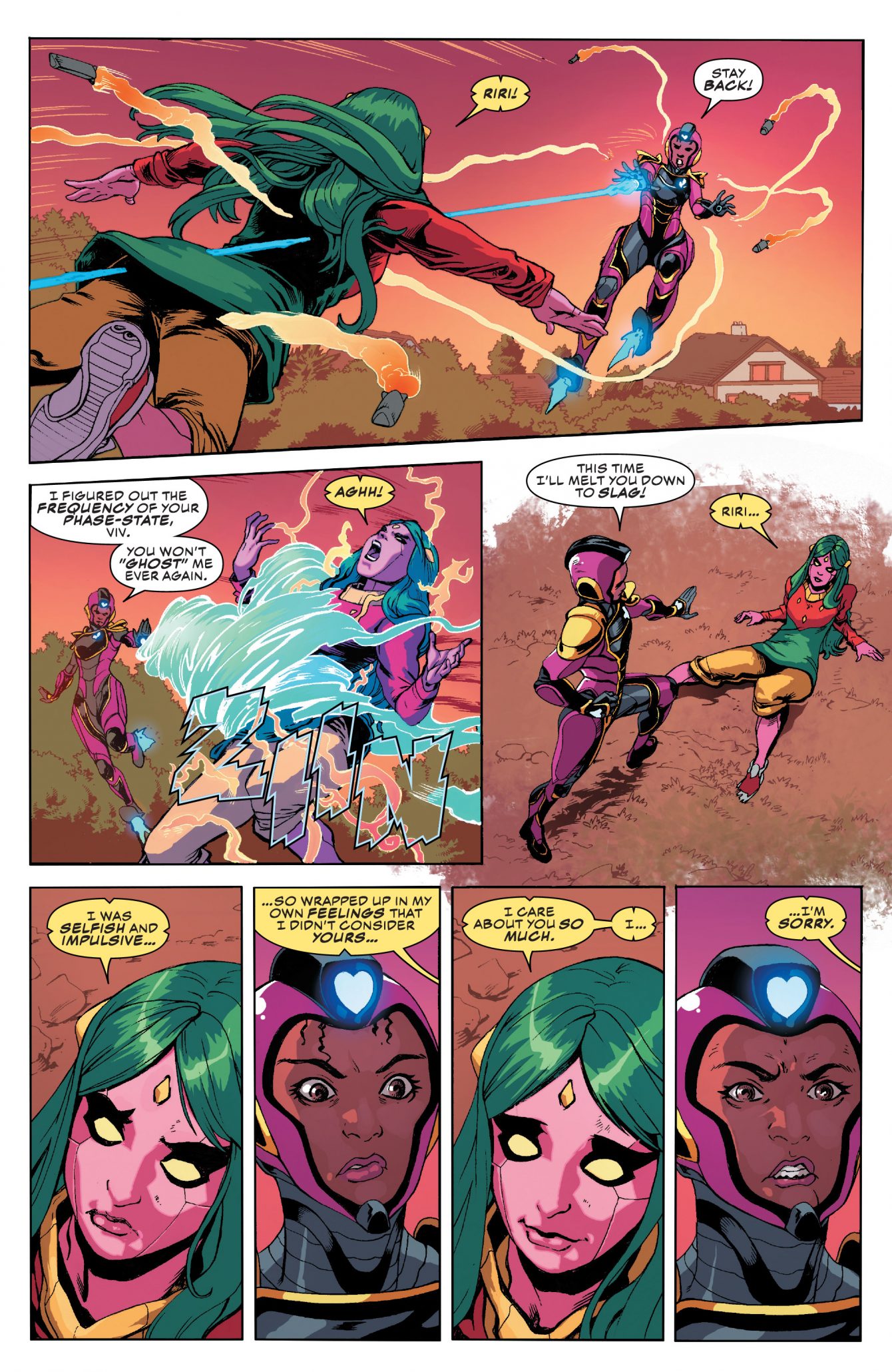 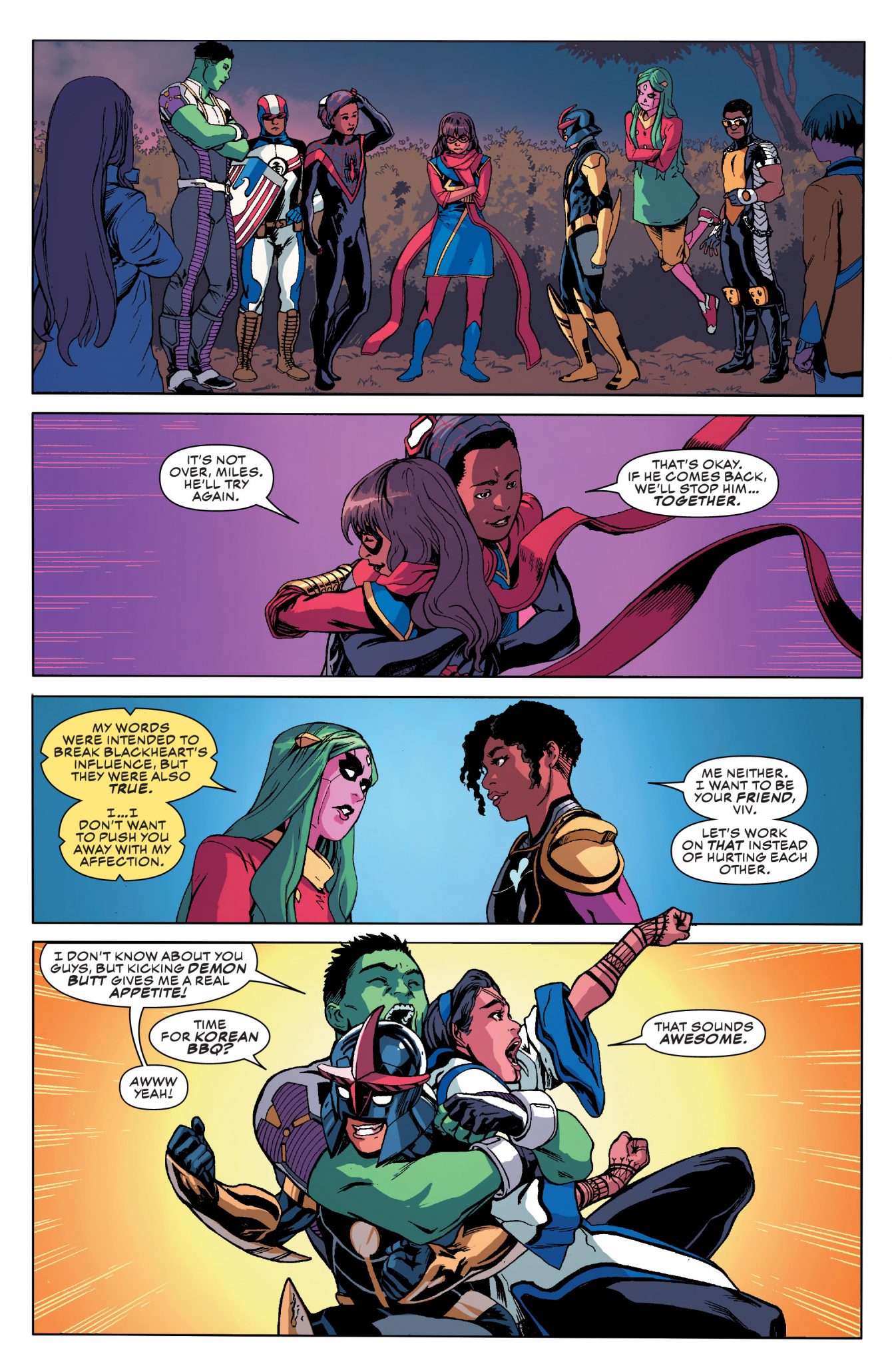 However, in regards to this moment, Champions writer Jim Zub wrote on his personal Tumblr page on February 8th, 2021, that “Sometimes you have romantic plans for a story and they get vetoed partway through.”

“If you read a comic by me and wondered why a clear romantic thread just seemed to end for no apparent reason…yeah…maybe that wasn’t my choice?” he explained. “Maybe, just maybe, it hurts me too.

Other than that, interactions with the members of her team seem to be strictly on a friendship level. There is speculation about her relationship with her neighbor Xavier King, but nothing has gone so far as to suggest any sort of intimate connection between the two.

So in the comics, it’s not really explicitly pointed out what Williams prefers. At this point, it seems that any claims regarding the character’s preferences, whether straight or bisexual, are instances of fan shipping and speculation based on nods and implications in certain scenes. 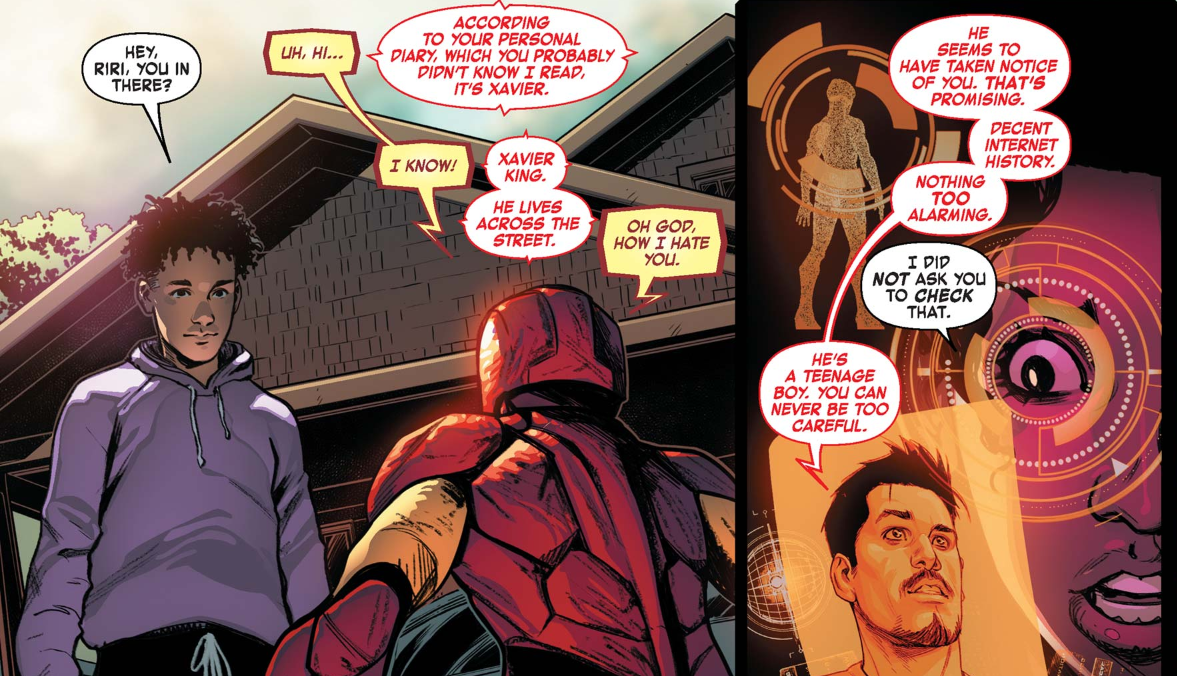 That being said, if Marvel does go the way of confirming Ironheart’s bisexuality, their decision may lead to an uproar among fans in the LGBTQ+ community.

Recall, if you will, how Ruby Rose, during her time playing DC’s Batwoman, faced a litany of criticisms because she herself identified as gender-fluid, when the character written as a strict lesbian in the comics. For some audiences, Rose wasn’t ‘lesbian enough’ to play the role.

If certain fans expect Williams to be depicted as an outright lesbian, her confirmation as a bisexual character may be seen as a “fill-in-the-box” casting half-measure by these same audiences, the more ardent of whom will feel let down that the character was not depicted according to their assumed canon.

An Introduction of Sorts 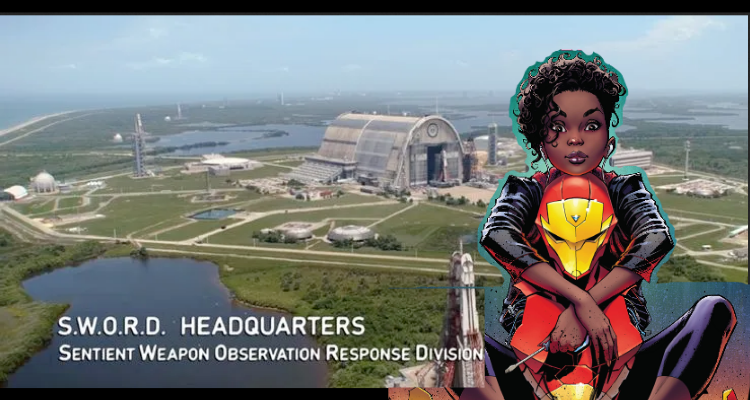 Related: Theory: WandaVision May Have Already Planted The Seeds For The Fantastic Four In The Marvel Cinematic Universe

Aside from the rumor surrounding Williams’ sexuality, mention should also be made of the possibility that Riri may show up prior to her solo show airing on Disney Plus, much like how Captain America: Civil War introduced both Black Panther and Spider-Man to the MCU before the premiere of their own respective solo titles.

To this end, fans have speculated that Monica Rambeau’s choice of words when referring to a certain Aerospace Engineer, one who might be up for the challenge of creating a vehicle capable of penetrating the hexagonal field Wanda has put up around the town of Westfield, was the first step in opening the door for Williams’ debut. 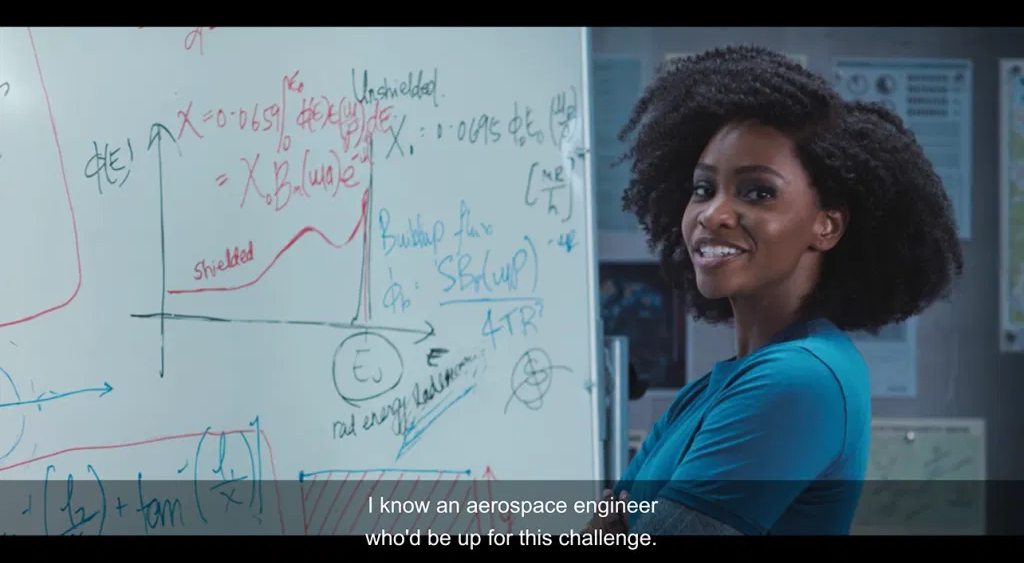 In my last article, I wrote not only about the possibility of Reed Richards showing up, but also how casting for the Fantastic Four may have already happened and that fans could possibly see a tease for their appearance in the near future. Despite some fans belief that the aforementioned engineer is Williams, a reference to Richards also makes sense considering how WandaVision’s fourth episode talked about manned flights into space and the astronaut training program at S.W.O.R.D., as well as Rambeau’s reference to someone who might be “up for the challenge.”

It appears I am not alone in my assessment, as an article from comicbook.com also makes the assessment regarding Reed Richards. However, they also note that it could likewise be an introduction to Riri Williams. Further support for the Williams theory lies in the fact that no one (as far as the public knows) has thus far been cast for the role of Mr. Fantastic, but Marvel Studios has already confirmed the casting of Dominque Thorne for the role of Ironheart. 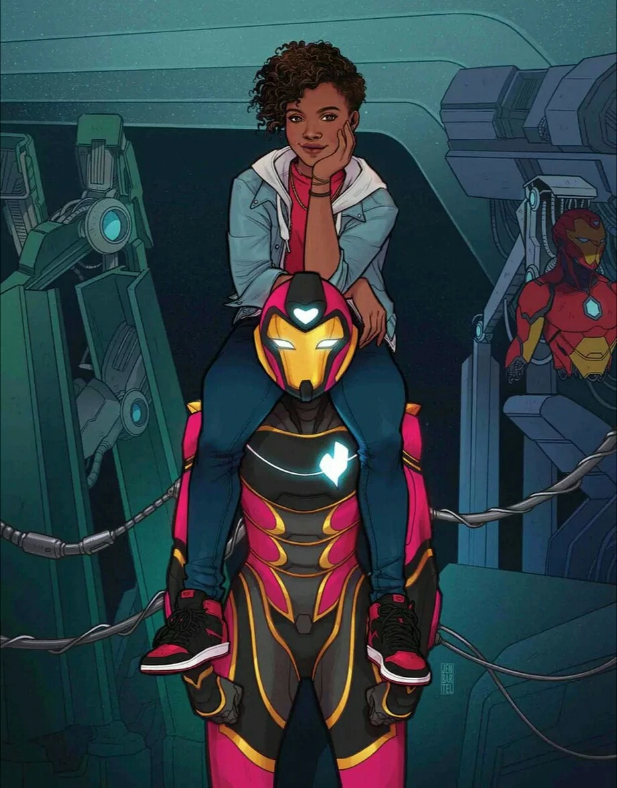 It’s also interesting to note that in the Spanish subtitles for fifth episode of Wandavision, Rambeau says “ingeniera“,  the female gendered form of the word. Since there was nothing else in Rambeau’s dialogue to to indicate a gender for the person to whom she was referring, it could very well ve that Riri could get her time to shine before taking on a solo title.

Of course, Rambeau could also have been any number of other female geniuses throughout the Marvel canon. Sue Storm is an engineer in her own right, after all. 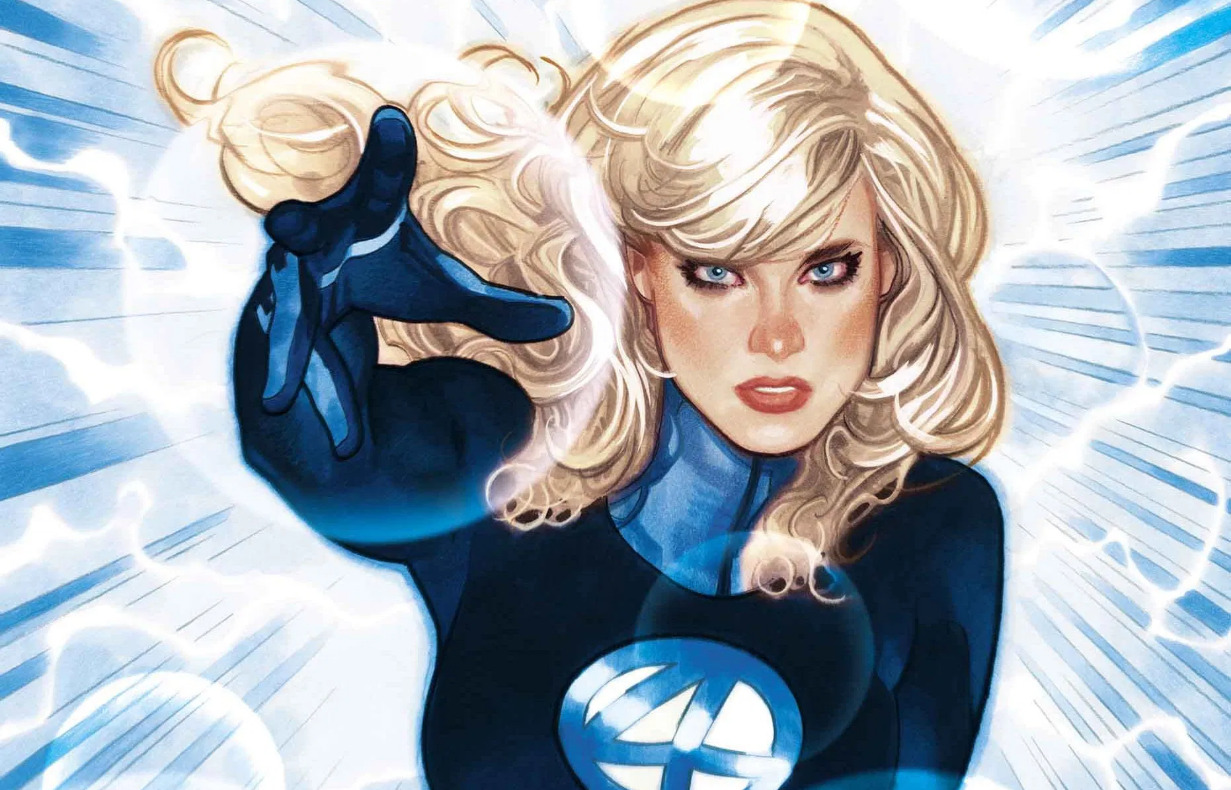 What do you make of all this talk of Riri Williams sexual preferences and appearing before her Disney Plus series debut? Sound off in the comments below or let’s talk about it on social media!