The headline to a new article published by the official Star Trek website has implied that Captain Kirk and Spock shared a romantic moment, despite the actual piece itself claiming otherwise. 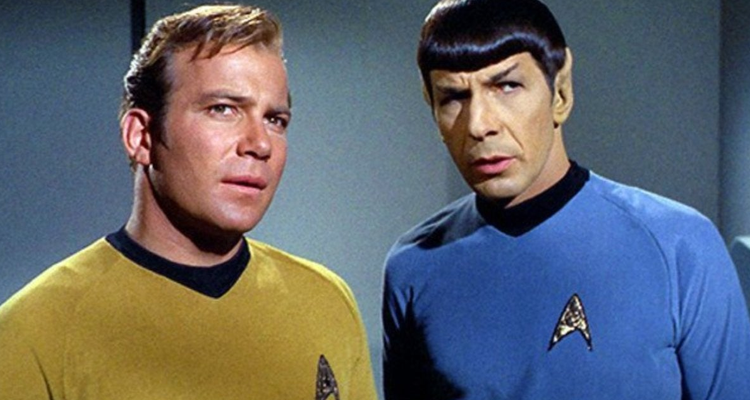 On February 10th, in honor of the upcoming Valentine’s Day holiday, the official Star Trek website published “There’s More to Romance on Star Trek Than Meets the Eye,” a top ten list of the franchise’s “most romantic moments.”

Curiously, as many fans soon noticed, the featured image for the article included an image of a heart superimposed on a shot of Kirk and Spock, implying that the two Starfleet legends shared in a ‘romantic moment.’ Yet, in the piece itself, author Kaja Gjelde admits that the moments featured in her listicle “may not be the most iconic, or even traditionally romantic, but will nonetheless pull on your heartstrings,” a far cry from the headline’s implication that the article would explore relationships that were less than platonic.

Prefacing her entry on Kirk and Spock by writing that “whether or not you believe their relationship is platonic or romantic, there is no doubt that James T. Kirk and Spock are the ultimate dynamic duo of Star Trek.”

Gjelde then proceeds to recall a specific moment that exemplified not a romantic connection between the two, but rather their strong friendship. 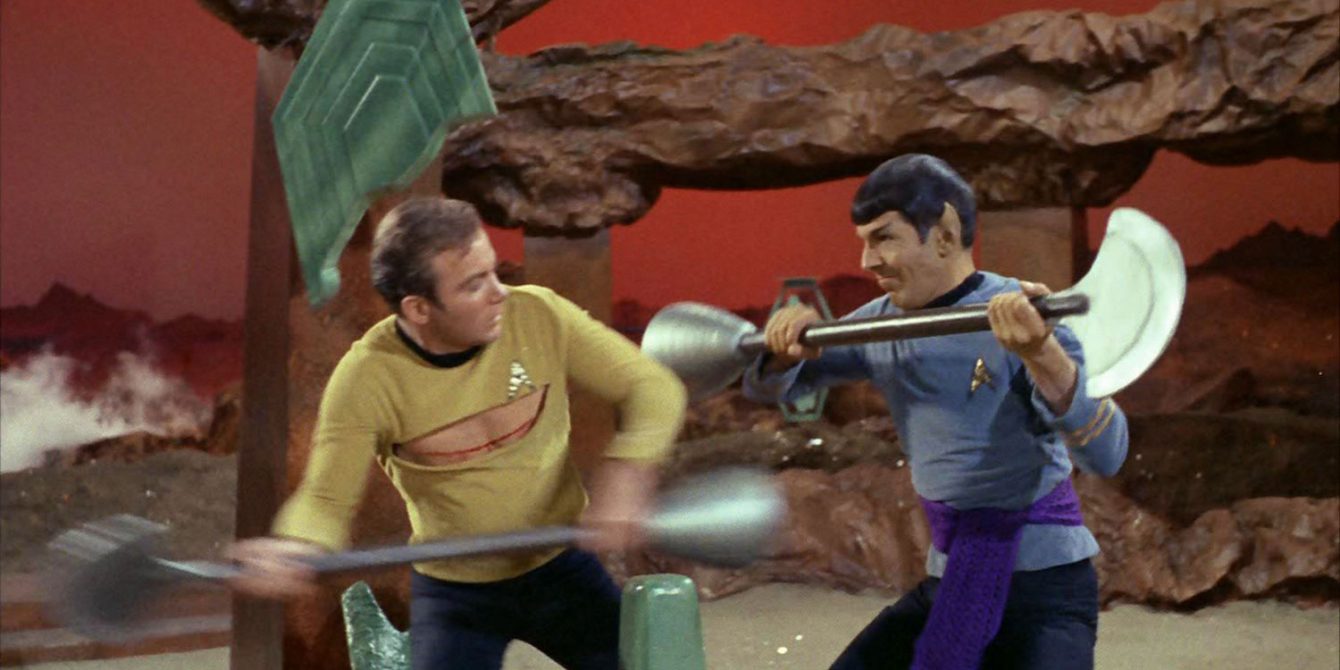 While a friendship is in fact a form of relationship, such a connection between two people does not imply romance, as Gjlede herself admits in the respective entry that the moment in question is not meant to exemplify a romantic relationship:

“In “Amok Time,” Spock is forced to return to Vulcan to attend his time-sensitive wedding accompanied by his two closest friends: Captain Kirk and Doctor McCoy One thing leads to another and Spock resigns from Starfleet, believing his Captain and friend is dead. When the two reunite at the end, Spock is so overcome with joy that he breaks his usual Vulcan calm — one of the sweetest moments of the series. Kirk and Spock’s close bond illustrates how relationships can endure all kinds of trials and tribulations.” 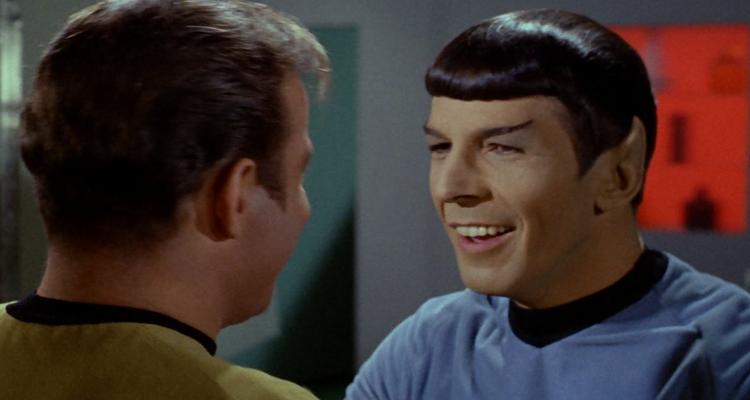 The idea of a bisexual Captain Kirk (and let’s be frank, even if he were romantically involved with Spock, Kirk’s history of sexual partners would find him bisexual at best), is nothing new, as it has been rumored for sometime that the character may be portrayed as bisexual in the upcoming Star Trek: Strange New Worlds series.

The concept was also recently touched upon by actor William Shatner, who first portrayed the sci-fi icon in The Original Series. In a recent discussion surrounding the possibility of Captain Kirk being bisexual, Shatner asserted that his version of the character was conceived as a straight man due to “the social constructs of the 60’s.”

“If Kirk were bisexual Star Trek would have never have happened,” wrote Shatner, speaking to the meta-reasons behind the character’s sexuality.

He added, “It would not have influenced Star Wars & it would be a blip in the history of the Roddenberry family. How is it you don’t understand the social constructs of the 60’s? Why did Stonewall happen in 69 if all was [‘OK’ hand symbol emoji]?” 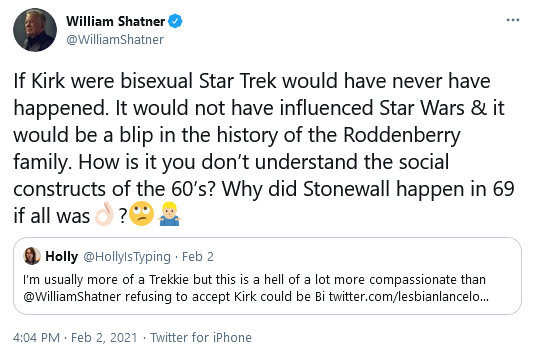 However, the actor has also noted that he has no problem with Kirk being bisexual in both upcoming Star Trek media and fan headcanons, writing in a follow-up tweet that “if Kurtzman wants to create a Kirk that’s asexual, bisexual, etc… I have no problem,” and that he “doesn’t have a problem if you want to believe my Kirk was any of those.”

“Just don’t harass me;” he concluded, “because then we have a problem. Got it? 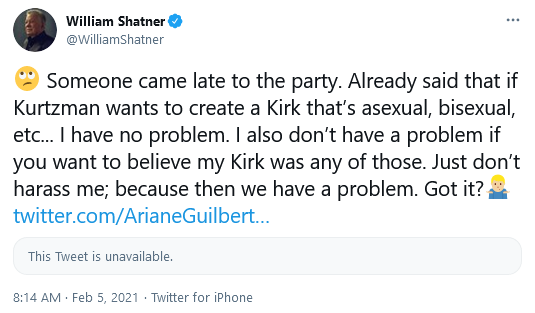 What do you make of Star Trek’s official list? Let us know your thoughts on social media or in the comments down below!