Goreksson’s The Outcast Engineer career became available for players on Xbox Series X|S and Xbox One today. The career will become available on PlayStation 4 on February 16th.

Take a look at the official trailer.

The Outcast Engineer career is available to purchase through the in-game store. It is currently listed at $8.79 on the Microsoft store.

Here’s the official description for The Outcast Engineer:

“The Outcast Engineer might not be an Engineers Guild graduate, but no less lethal – armed as he is with an array of experimental weaponry. His unmatched use of heavy machinery together with his assorted gadgets makes him a master of utility, blasting down anything, or anyone, in his path.” 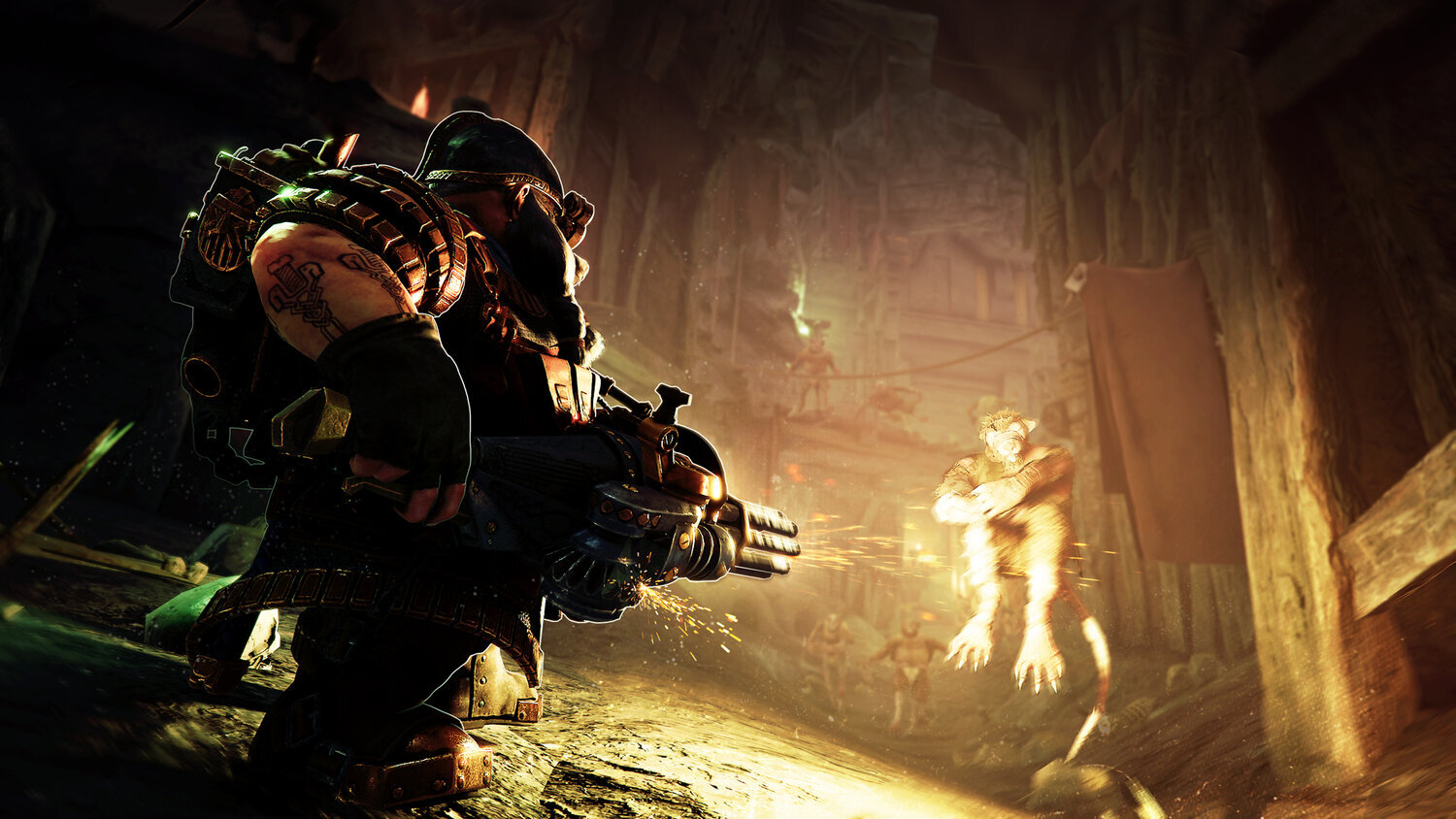 With the purchase of The Outcast Engineer career players will receive both a passive ability and a career skill.

The passive ability allows player to hold reload on the Steam-Assisted Crank Gun (MKII) to build Preassure. Each stack of Preassure lasts 12 seconds and restores the Ability Bar. It can be stacked up to 5 times.

Here’s how the skill works:

“Bardin will subsequently equip a customised Gatling Gun with high rate of fire. It can only be shot if the ability bar is available, and shots will consume the ability bar. It must be spun up briefly before it can be shot and will start to shoot at a steady pace before increasing in momentum. Holding the right mouse button will allow you to keep spinning without shooting. To regain ability bar you must press and hold the reload (otherwise known as ‘cranking’) button to build pressure. As pressure (visualised as a stacking buff) builds, the ability bar will replenish over time. Bardin will continue to replenish the ability bar as long as stacks of pressure have been built-up, and is able to use other weapons. Firing the Crank Gun will result in it losing all of its built-up pressure.” 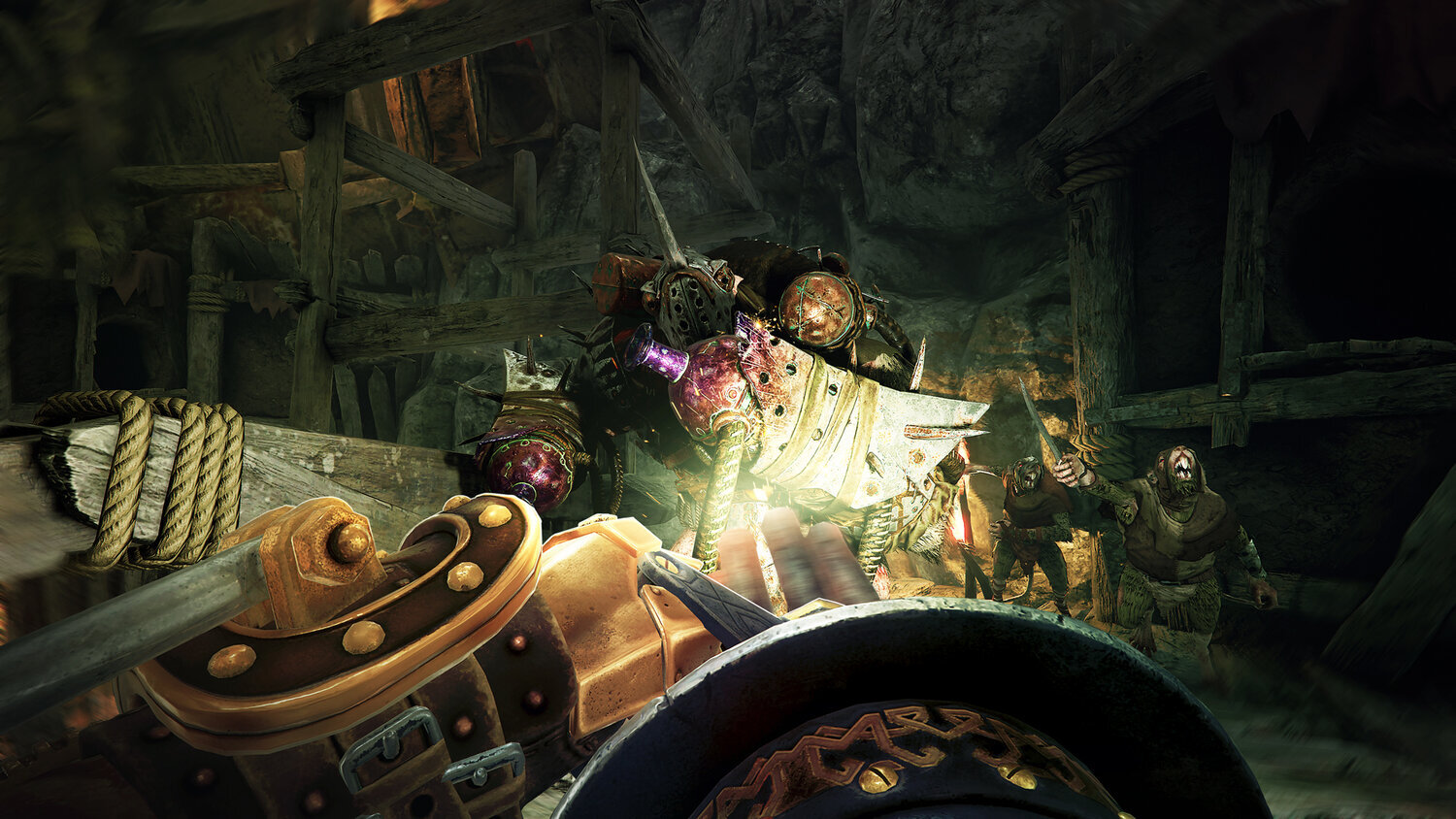 You will also get an exclusive character skin and voice lines, wield new weapons in the Masterwork Pistol and Cog Hammer, enhance your bombs through the Outcast Engineers’ unique talent true, as well as a number of cosmetics.

You will get two Hero Skin Color Variation, two Masterwork Pistol Illusion, and two Cog Hammer Illusion upon purchase. You can also unlock other cosmetics through Okri’s challenges.

Players will also receive 325 Shilling, which is the in-game currency.

The helmets, character skins, and weapon illusions will be exclusive to the Outcast Engineer career. However, the Cog Hammer can be used by any of Bardin’s career. The Masterwork Pistol is only usable by the Outcast Engineer, Ranger Veteran, and Ironbreaker careers. 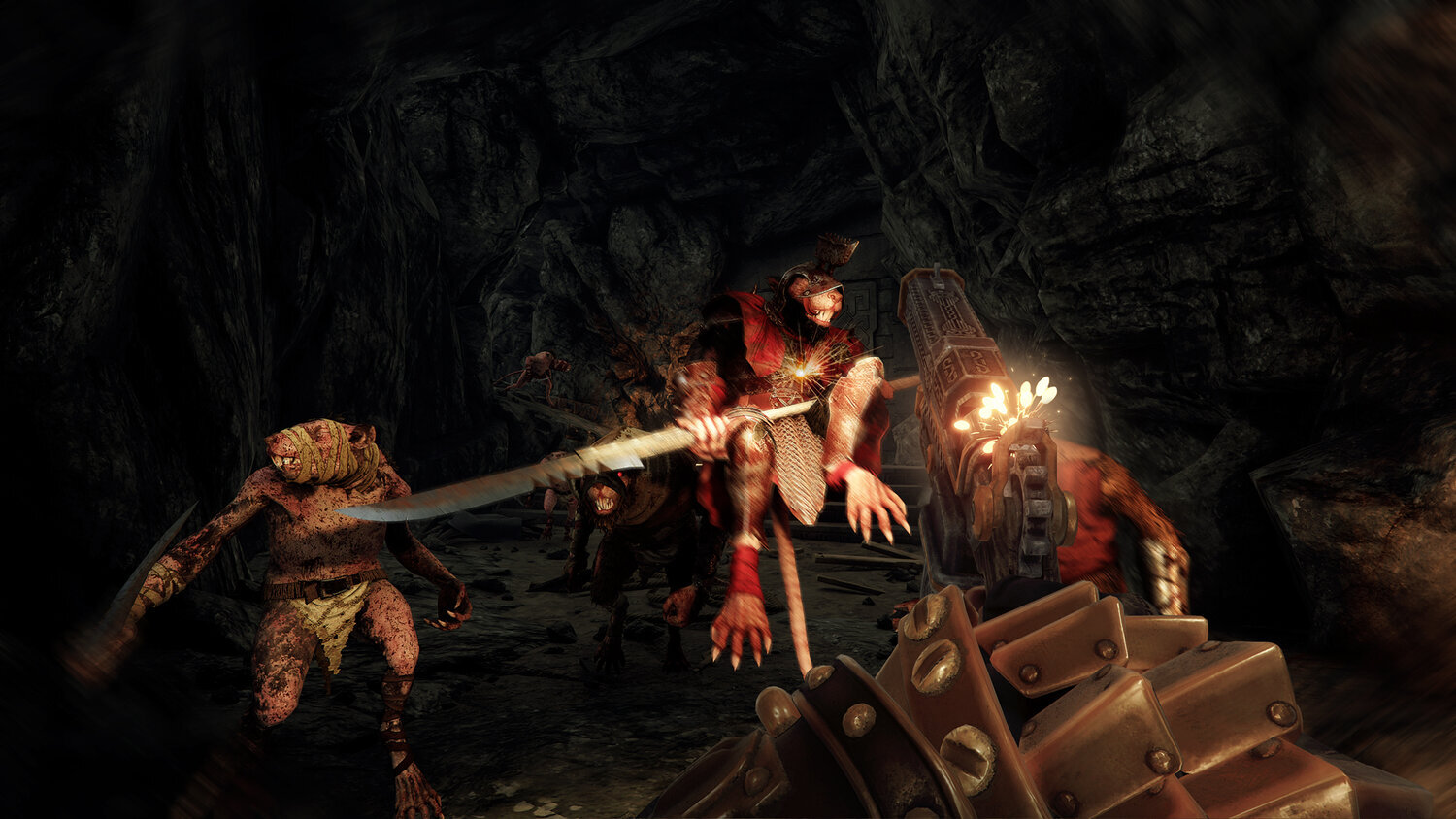 The Outcast Engineer is able to use all of Bardin’s other weapons aside from the Dual Axes, Crossbow, and Throwing Axes.

With the new The Outcast Engineer career, Goreksson now has four career options open to him including Ranger Veteran, Ironbreaker, and Slayer.

Here’s the official description for Goreksson:

“Bardin is an unstoppable avalanche on the battlefield, an ale-swigging hurricane at the inn, and a steadfast friend by the campfire. Driven by his search for the lost dwarfen hold of Karak Zorn, Bardin has been somewhat side-tracked by the ceaseless Skaven interference. Yet he stays true to his spirit, fighting the good fight as a hero whose deeds do his ancestors proud!” 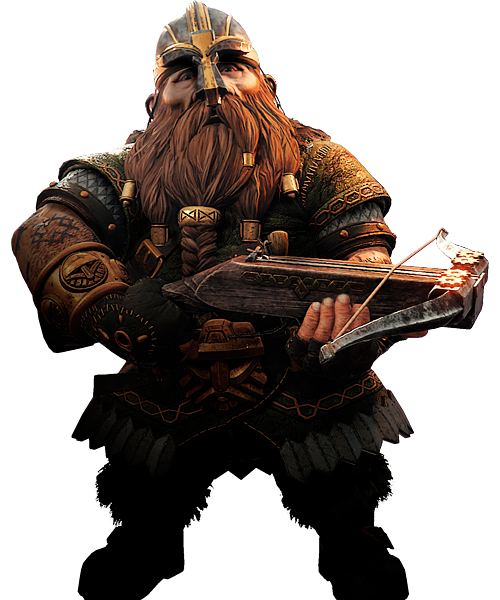 Do you plan on purchasing The Outcast Engineer career for Bardin Goreksson.