Slitherine released a trailer for the game to their YouTube channel where they reveal players can choose between the Blood Angels Space Marine chapter and the Tyranids. 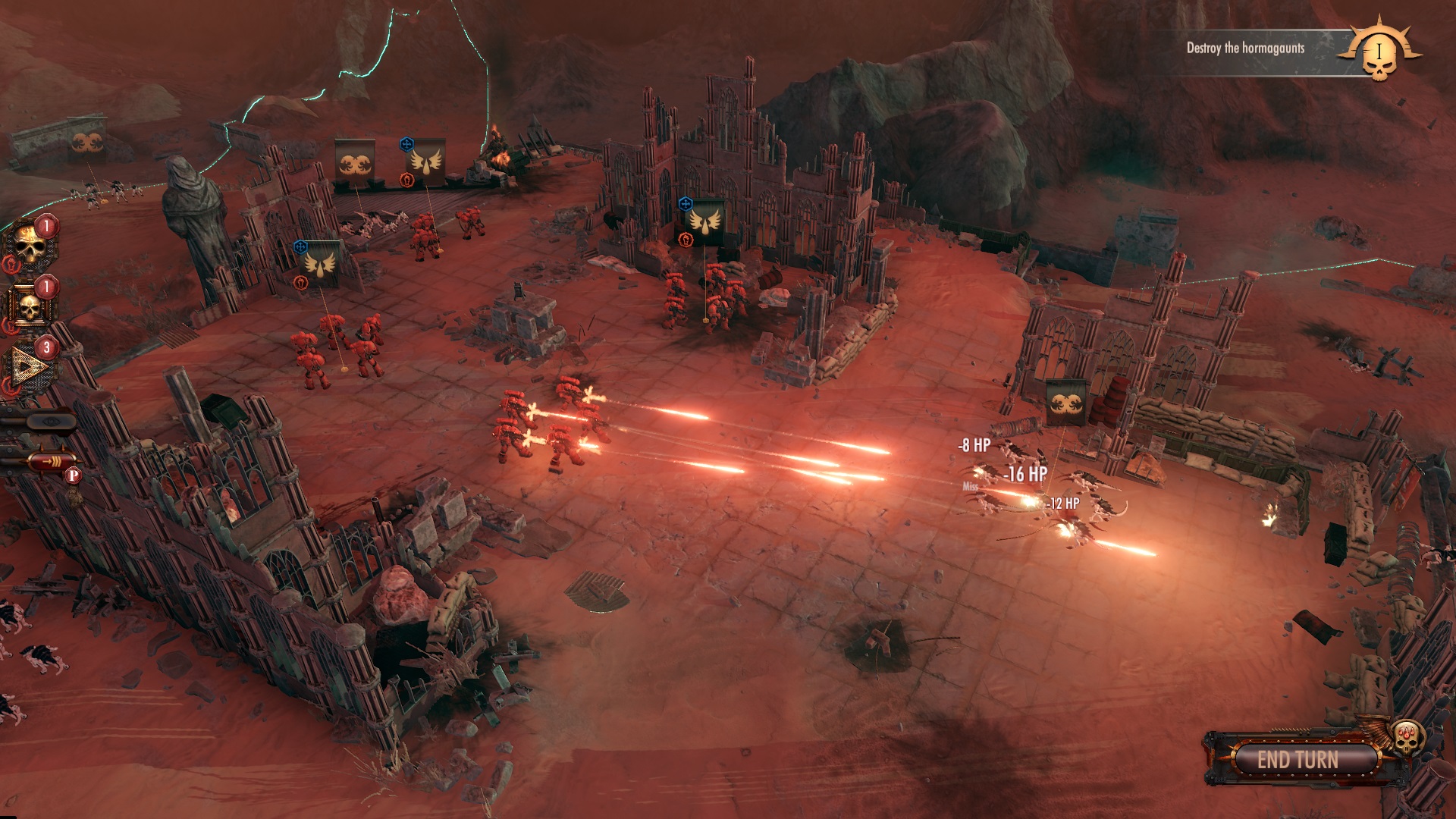 The game will feature a 20 mission single-player campaign called the Age of Crimson Dawn that will explore “the aftermath of the Devastation of Baal.”

Players will aid Sergeant Carleon and his allies as they purge the Tyranid Infestation on Baal Secundus in order to “preserve the honour of the noble Blood Angels.” 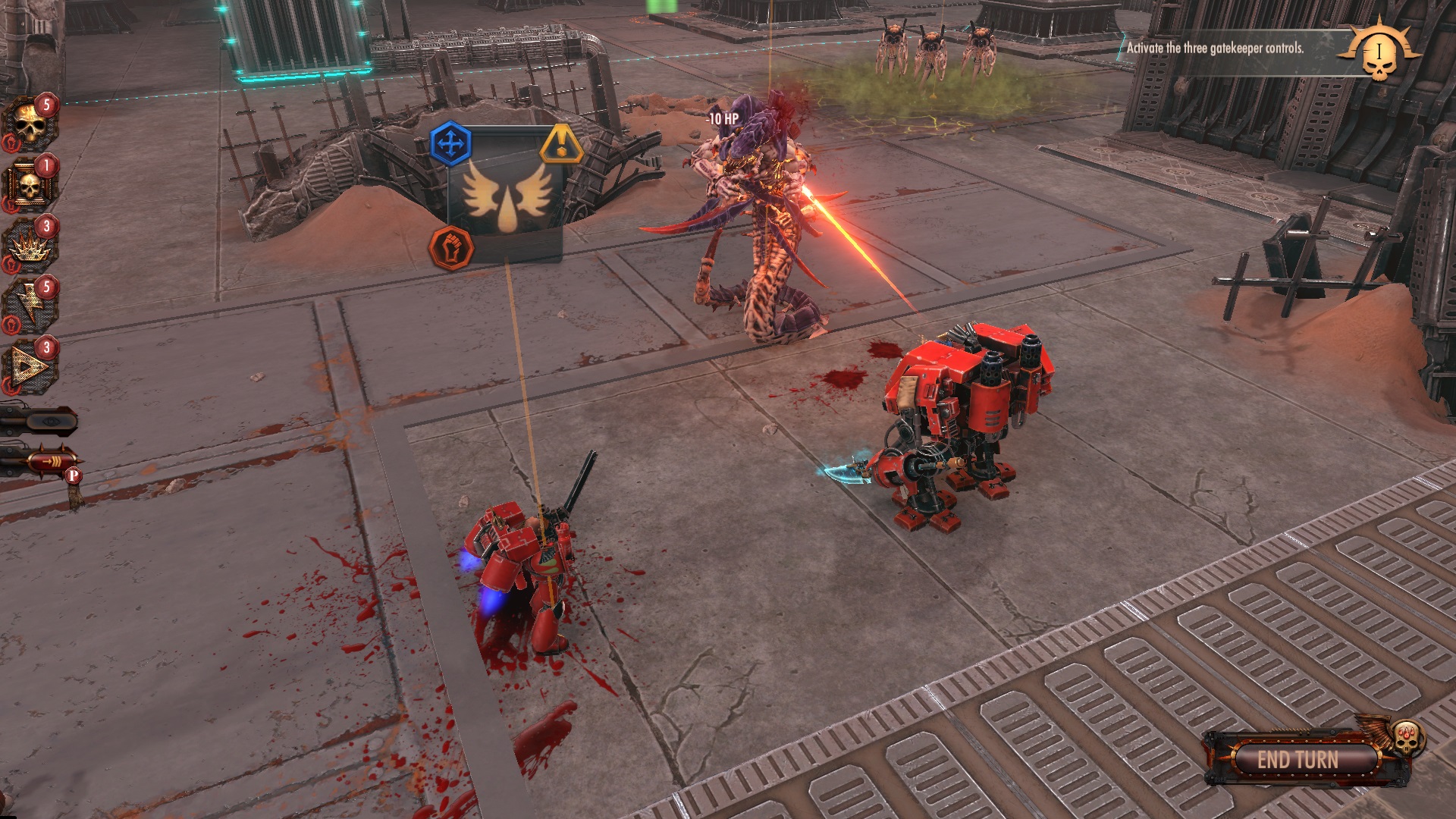 Along with this 20 player campaign, Battlesector will also feature a Skirmish Mode. In this mode, players are able to “fight across the surface of Baal on maps of your choosing and select either the Blood Angels or the Tyranids in the Skirmish mode.”

Full customization of your armies is available in this mode from the specific units you will use to the heroes and their loadouts. Slitherine reveals that “most units have access to multiple weapon loadout options.”

Not only do they have multiple weapon loadout options, but they have “between 1 and 4 unique special abilities.” Players will have the ability to use over 60 abilities and 50 weapons in order to crush their enemies. 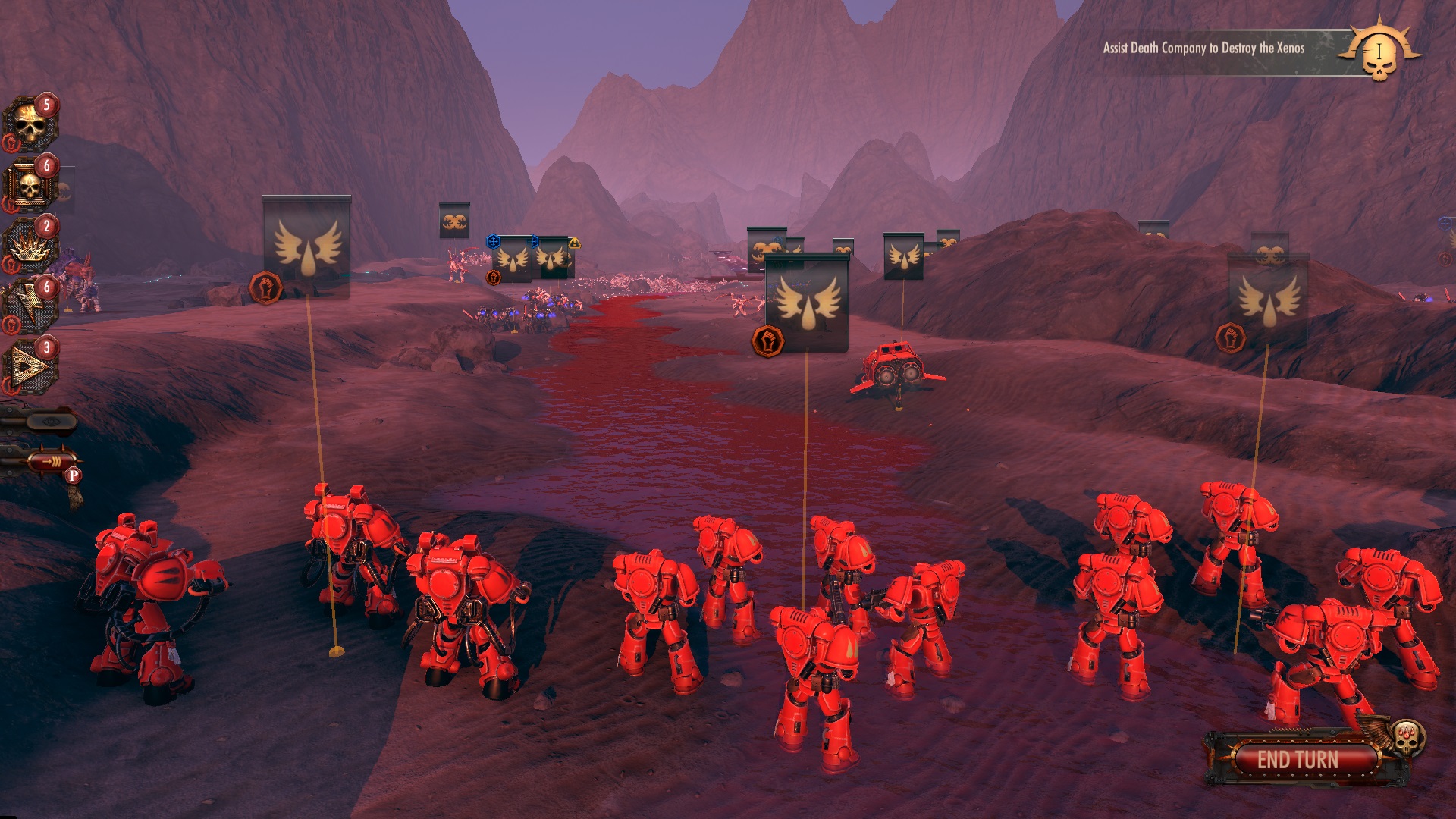 Some of the units that will be available are the Sanguinary Priest, the Predator, Aggressors, Hellblasters, and the Librarian Dreadnought. For the Tyranids, players can deploy Termagants, Hormagaunts, Tyrannofex and the Hive Tyrant.

Battlesector will also feature a unique gameplay system called “Build Momentum.” This system allows a unit to enter a Surged state. While in this state units are “able to string together superhuman chains of actions, or use the opportunity to further upgrade their abilities.” 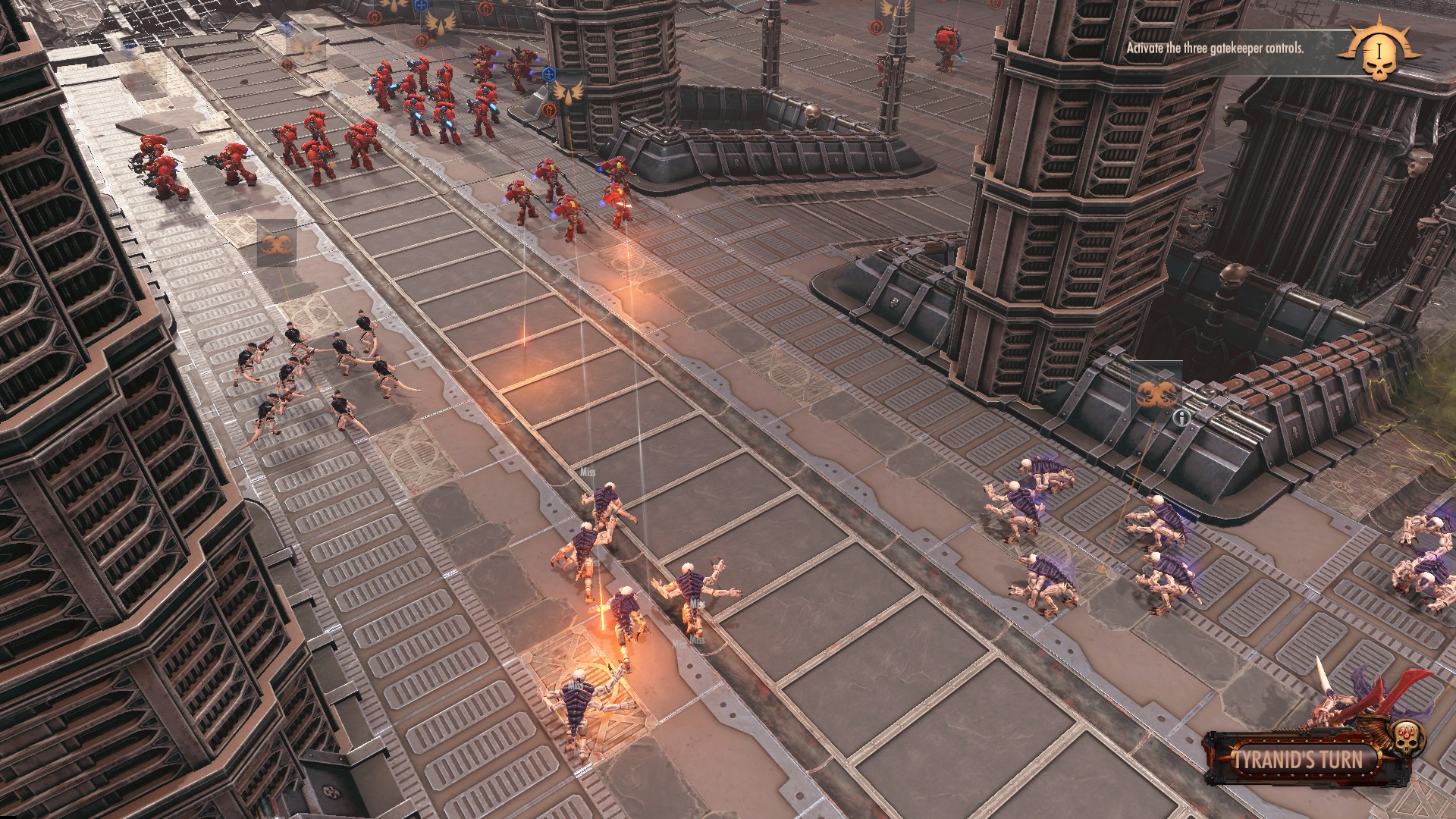 Finally, players will be able to call in faction-specific air support. The Blood Angels are able to call down the might of the Stormraven to “obliterate xenos with a missile barrage. They can also call for a unit of veteran Assault Marines to perform a deep strike behind enemy lines.

The Tyranids can activate the Tyranid Harpy which “can devastate the enemy defenses with its Sonic Screech, or scatter the battlefield with its deadly Spore Mines.” 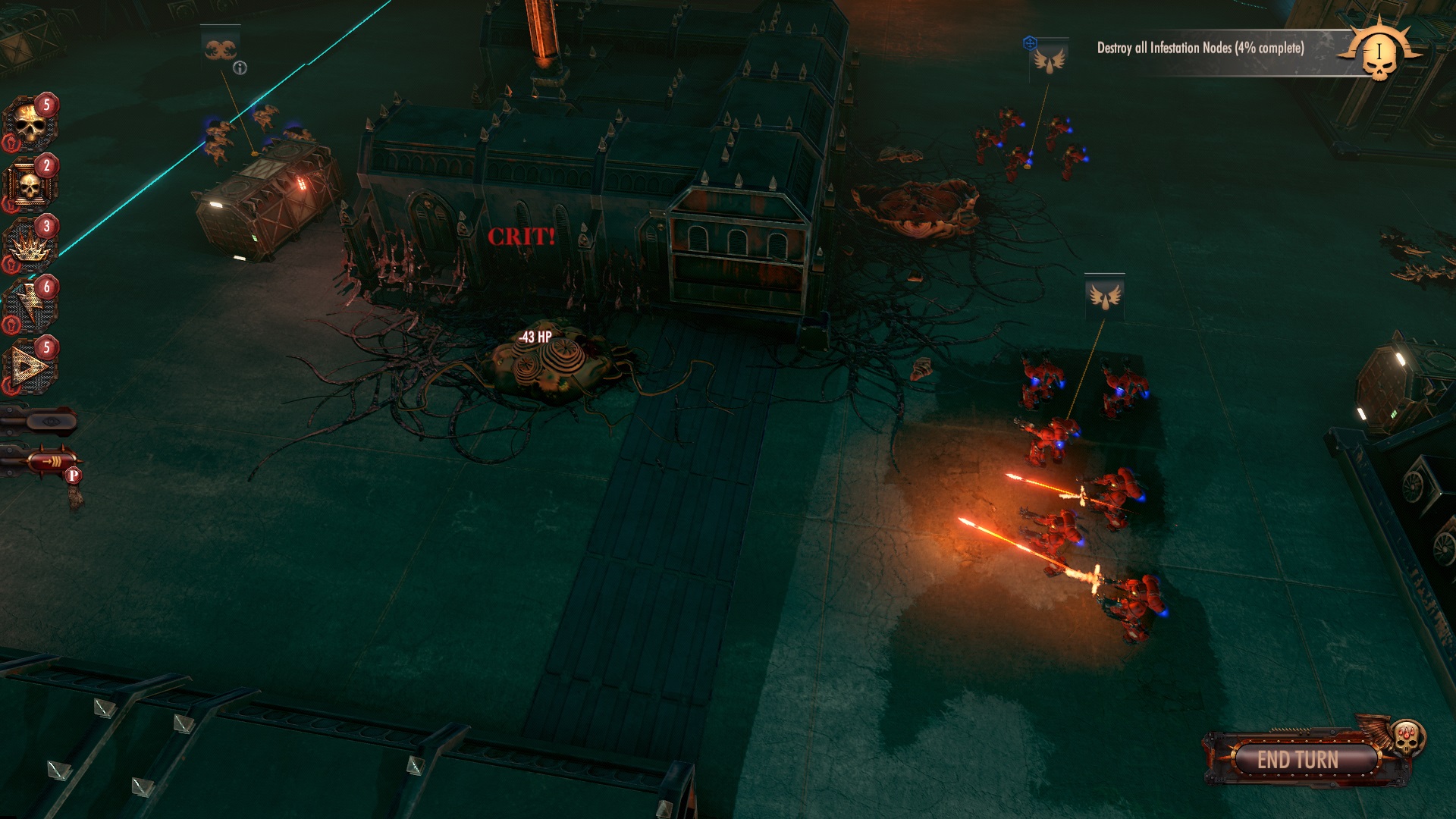 Warhammer 40,000 Battlesector will also feature multiplayer and hotseat modes where you can face off again your friends and other players.

The game will hit PCs on May 2021. They also promise a console version for both Xbox One and PlayStation 4 will be available sometime during the summer of 2021.