Despite his falling out with DC Comics, it appears that Ethan Van Sciver’s work for the publisher remains influential, as the ALL CAPS comics founder and Comicsgate icon is one of many company creators who received a special thanks from Zack Snyder in the director’s upcoming cut of Justice League. 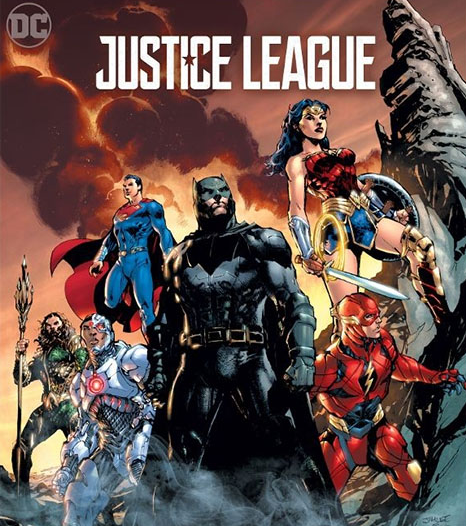 Van Scivers’ special thanks was first caught by Twitter user @ScoutTheTrooper, who, presumably seeing an early screening of the film, provided a screenshot of the film’s credits in order to criticize how “Zack Snyder’s Justice League thanks Ethan Van Sciver, a known sexist, in the credits.” 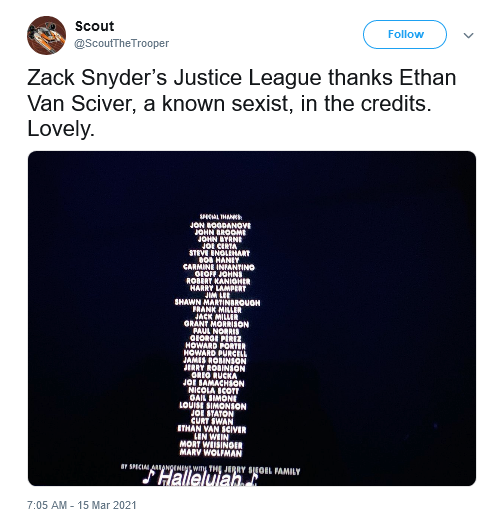 Upon his discovery of his special thanks, by way of Twitter user @Pollos_Hernandy claiming “WHY IS THE CREATOR OF COMICSGATE BEING THANKED?!?!?!”, Van Sciver took the screenshot of Justice League’s credits and turned it into his own ‘ray of sunshine’ meme, declaring that “The thanking of Ethan Van Sciver has only just BEGUN!” 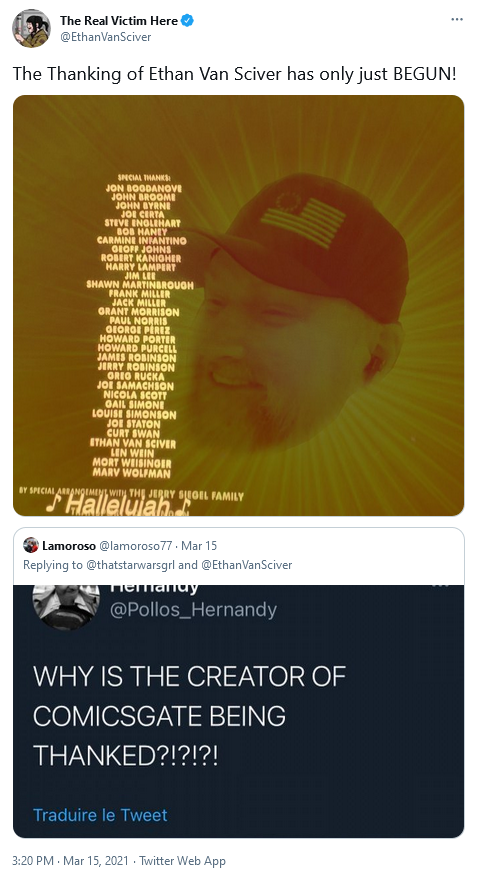 Since the meme’s creation, Van Sciver has gone on to use it not only as a sarcastic response to the many social media critics who have taken issue with his inclusion in the film’s credits, but also a reminder that he has, much to said critics’ dismay, made an impact on the industry. 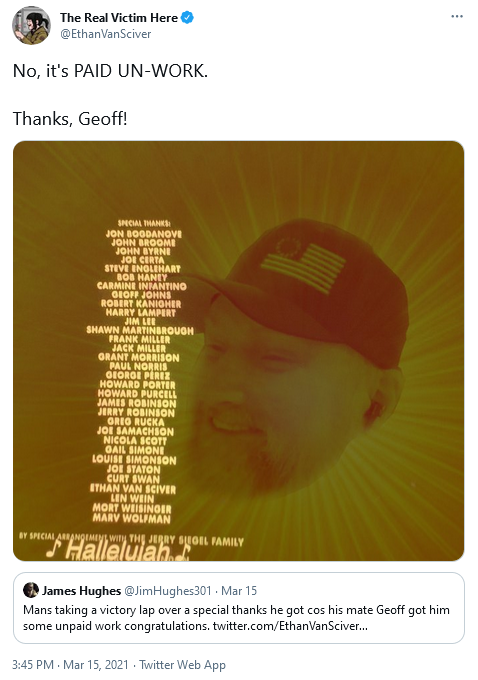 Van Sciver has contributed artwork to a number of popular and canonically important DC Comics series, including Green Lantern: Rebirth, The Flash: Rebirth, and Hal Jordan and the Green Lantern Corps. 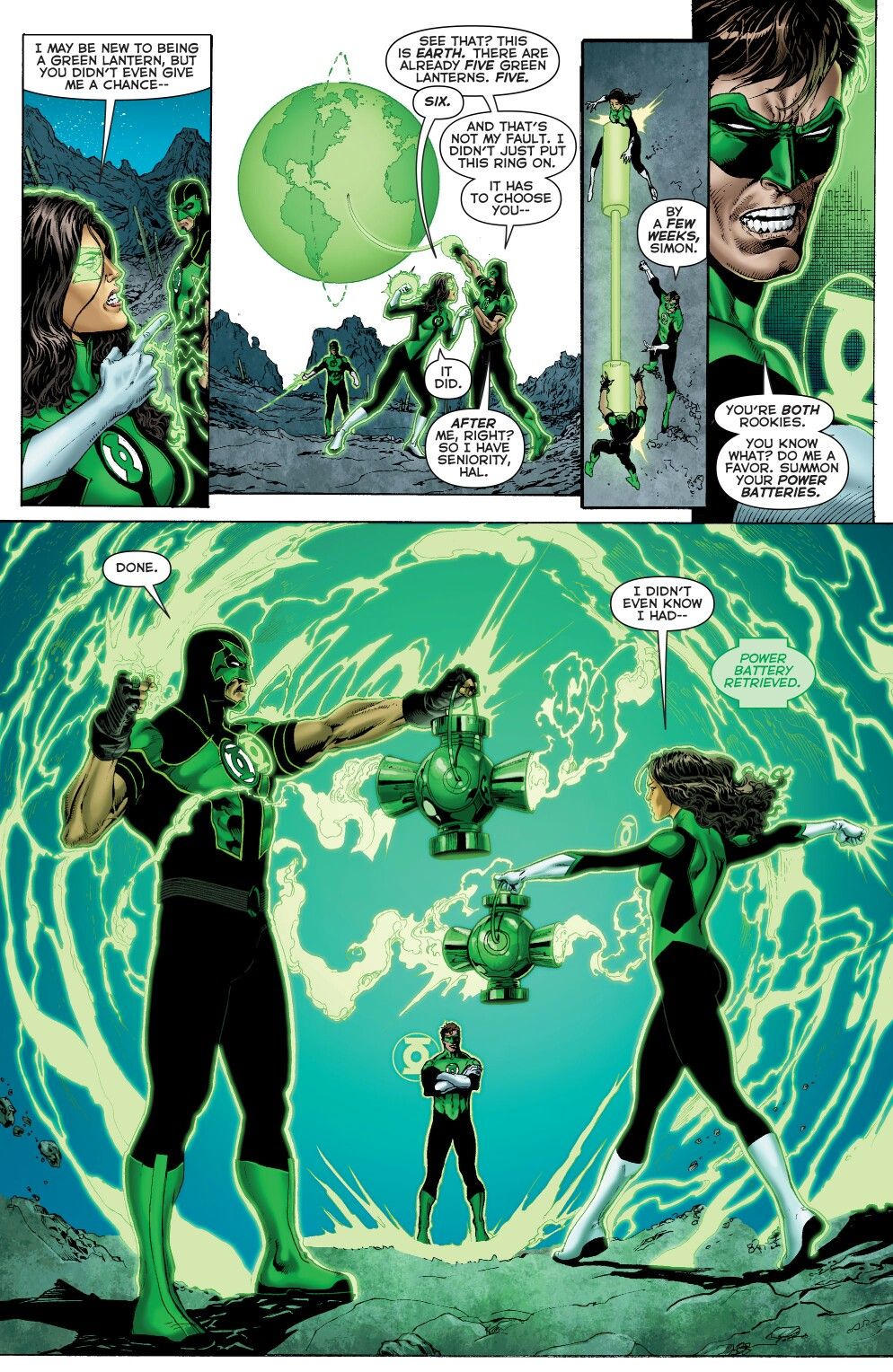 The thanking of Van Sciver in the credits of Justice League is not the first shout-out Van Sciver has been given in relation to the mainstream industry in recent years.

As discovered by the Cyberfrog creator on March 21st, in the foreword to his 2019 book The World vs Todd McFarlane, author and researcher Daniel Best noted Van Sciver as an example of how “each generation of comic books seems to throw up at least one person who manages to polarize the entire medium.”

“They’re either looked upon as credit stealing hods (Lee and, to a lesser extent, Shooter), having controversial opinions that go against popular views (Byrne and Van Sciver) or just plain nuts (Miller).”

Upon stumbling upon this mention while reading Best’s book, Van Sciver himself declared “I AM LEGEND.” 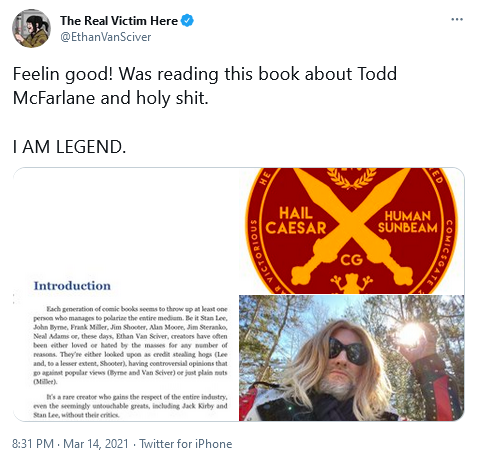 What do you make of Van Sciver being thanked in the credits to Justice League? Let us know your thoughts on social media or in the comments down below!