DC Comics has opened up a ‘March Madness’ style voting bracket to allow readers to choose one story from several pitches for publication, which range from a ‘vocaloid’ story involving the ‘Paris Batman’ known as Nightrunner to a series focused on a queer iteration of the Justice League.

Announced on March 31st, the appropriately named Round Robin voting tournament “is where DC Publishing asks you, the fans, to vote on 16 different stories to determine which one will be made into a complete series,” which will see a publication in “late 2021.”

As noted above, the series currently vying for selection range wildly in their subject matter and principal characters, with titles focused on smaller characters such as Etta Candy, Ambush Bug, and the aforementioned Nightrunner, to popular DC heroes like Kyle Rayner, Blue Beetle, and Swamp Thing. 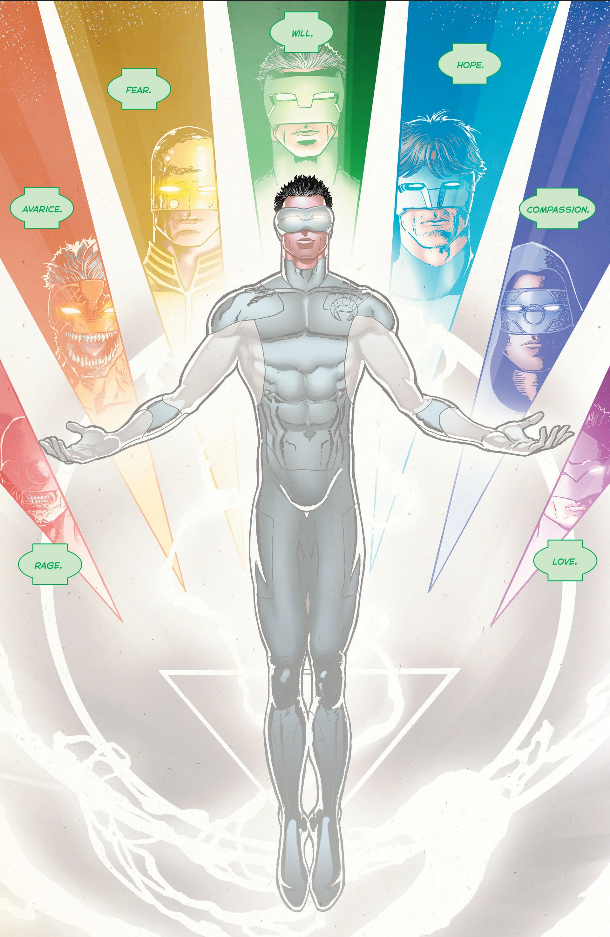 However, despite the wide range of offerings, one particular title has managed to capture more attention than its competitors, due mainly to its subject matter and featuring of one of the DCU’s most prominent teams: Justice League Queer.

Though, like its fellow competitors, there have been no details released surrounding the book’s creative team or full line-up of characters, Justice League Queer has been described by the publisher as a book wherein “Eight young queer heroes investigate a series of monstrous manifestations around the world and discover that something much more terrifying is coming.” 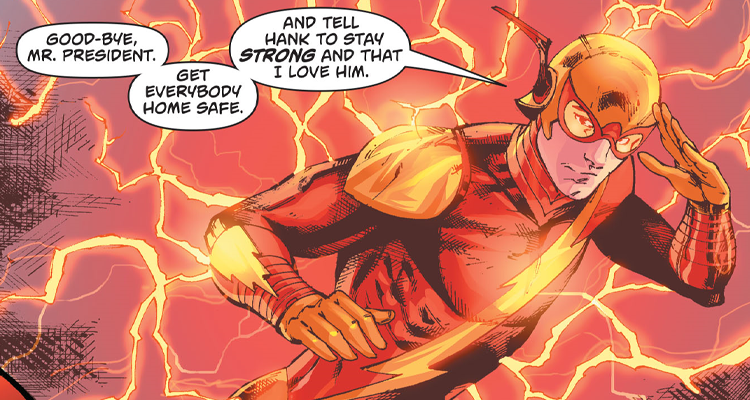 Descriptions for the tournaments full list of potential titles, including one centered on the Amazonian champion Asteria (first seen portrayed by Lynda Carter in last year’s WW84) and another focused on speedster Jesse Quick, can be read below:

Green Lanterns: Underworld on Fire: A deadly outfit of space outlaws are razing the intergalactic underworld sector by sector under the command of a disruptive new kingpin, in search of an ancient payday worth becoming the target of every power player in the galaxy—including Sinestro! Green Lanterns Kyle Rayner and Kilowog are put on the case, but will Kyle be able to do this one by the book when he finds out who’s behind it all? 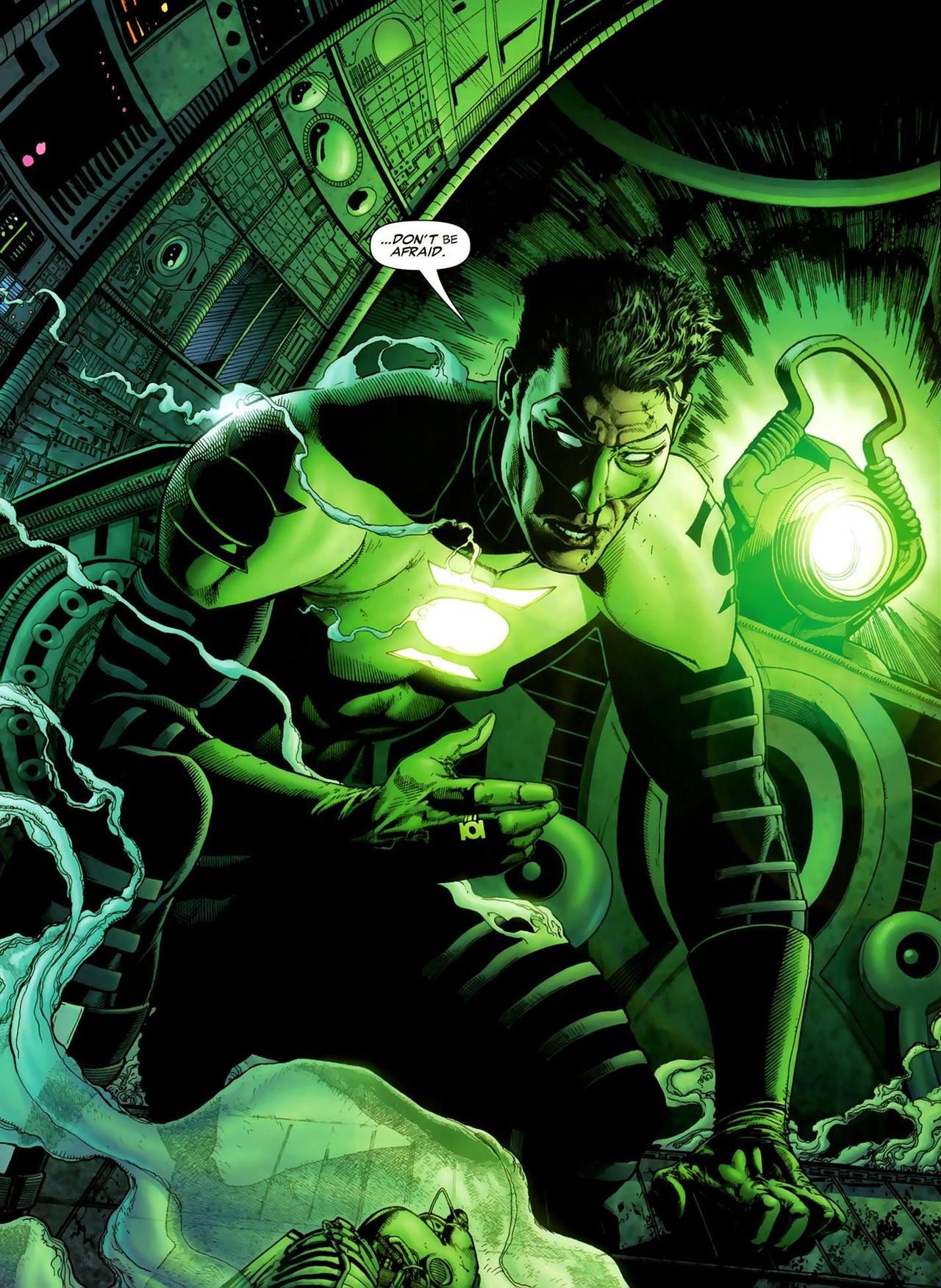 The Brave and the Bug: Crisis on Infinite Ambush: Ambush Bug must team up with some of DC’s greatest heroes to survive an attack by revenge-seeking Ambush Bugs from across the MULTIVERSE who never got to exist thanks to AB’s refusal to be rebooted. 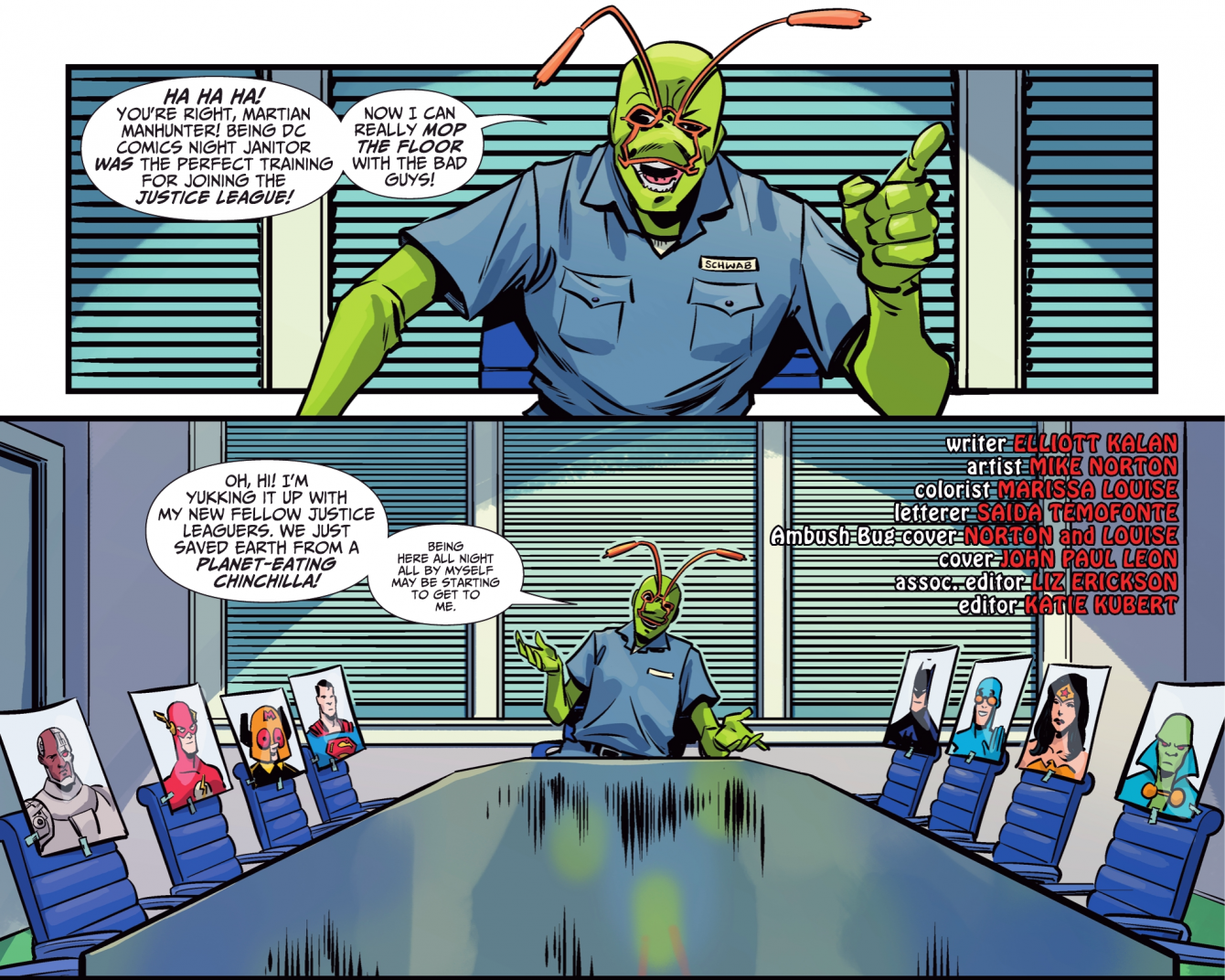 Lobo/Animal Man: Scorched Earth: Lobo. The name makes entire alien races collectively wet themselves with fear. The Main Man is proudly hyper-violent, arrogant, loud, stubborn, impatient, and ill-tempered. The best thing about him is that after he completes his contract, he leaves. Until now… 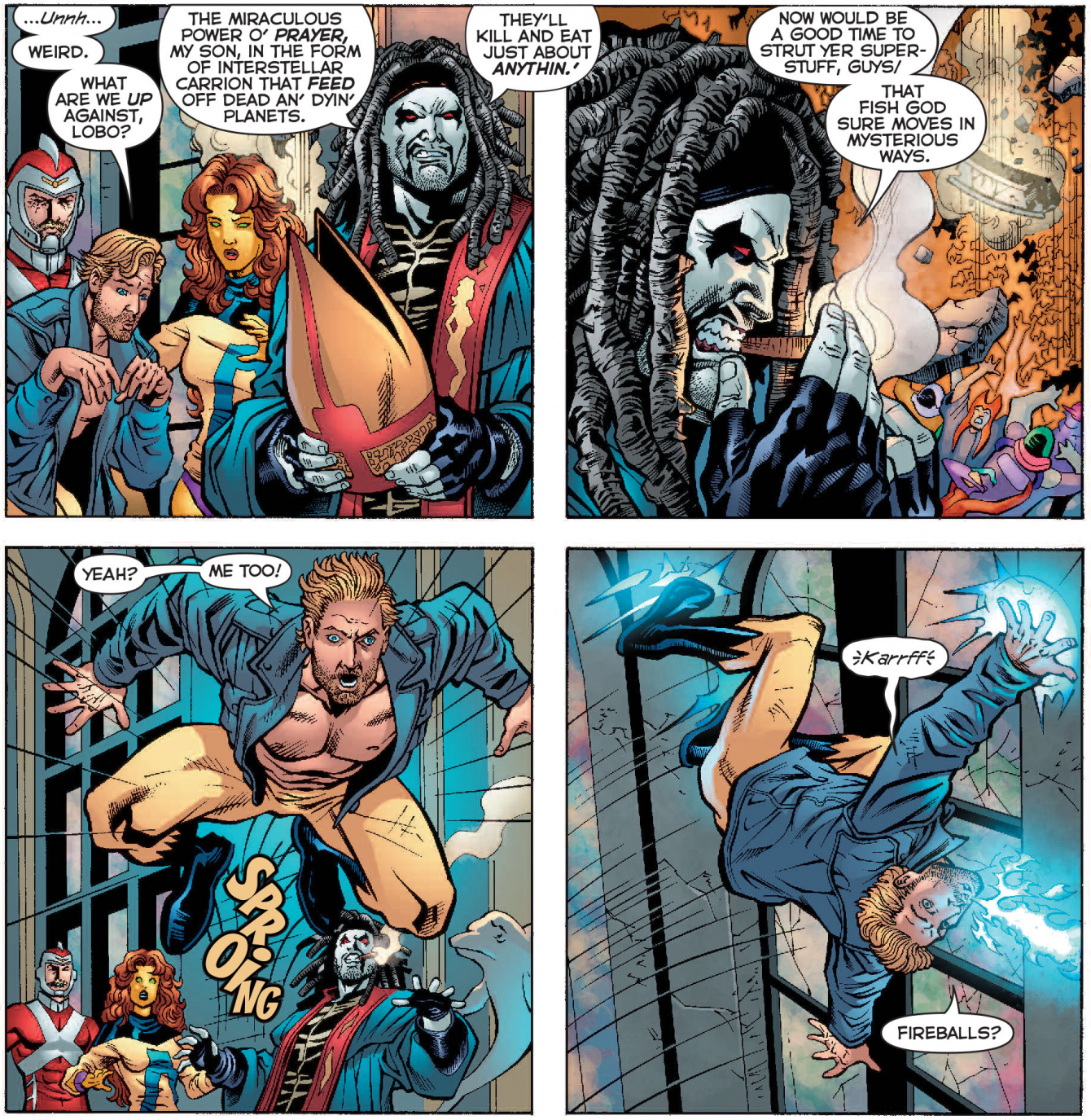 Son of the Creeper: An awkward teenager’s life is turned upside down when he inherits his dad’s chaotic powers. With his family in danger, Kieran Millar must save a father he doesn’t know from the monster he’s become.

Justice League Queer: Eight young queer heroes investigate a series of monstrous manifestations around the world and discover that something much more terrifying is coming. 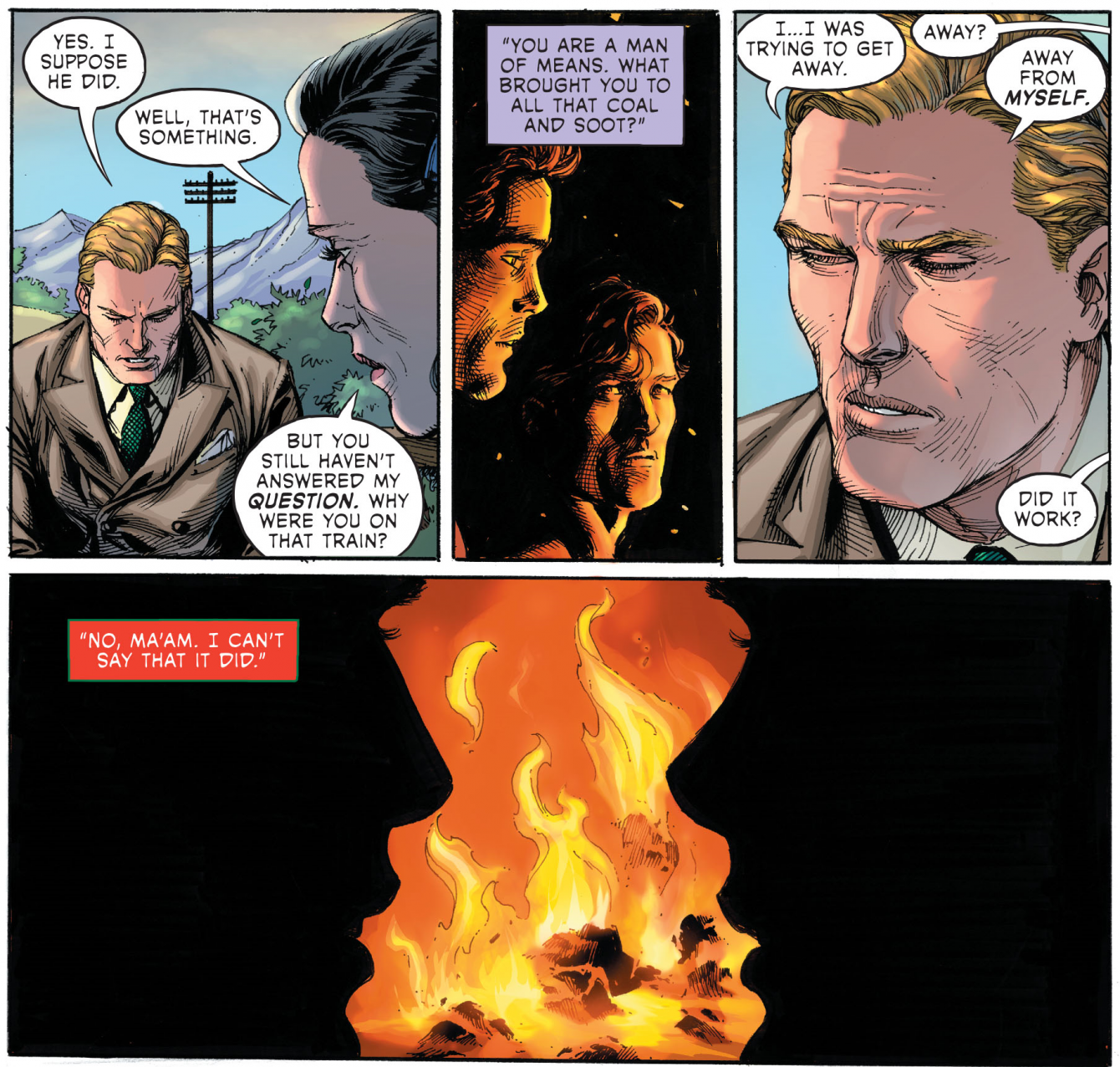 Robin: In the Blüdhaven apartment of Dick Grayson, a group of young people meets for coffee, doughnuts, and kvetching (between long, awkward silences.) The only thing they have in common? All were once Kid Wonders. Sidekicks to Batman. Robins. 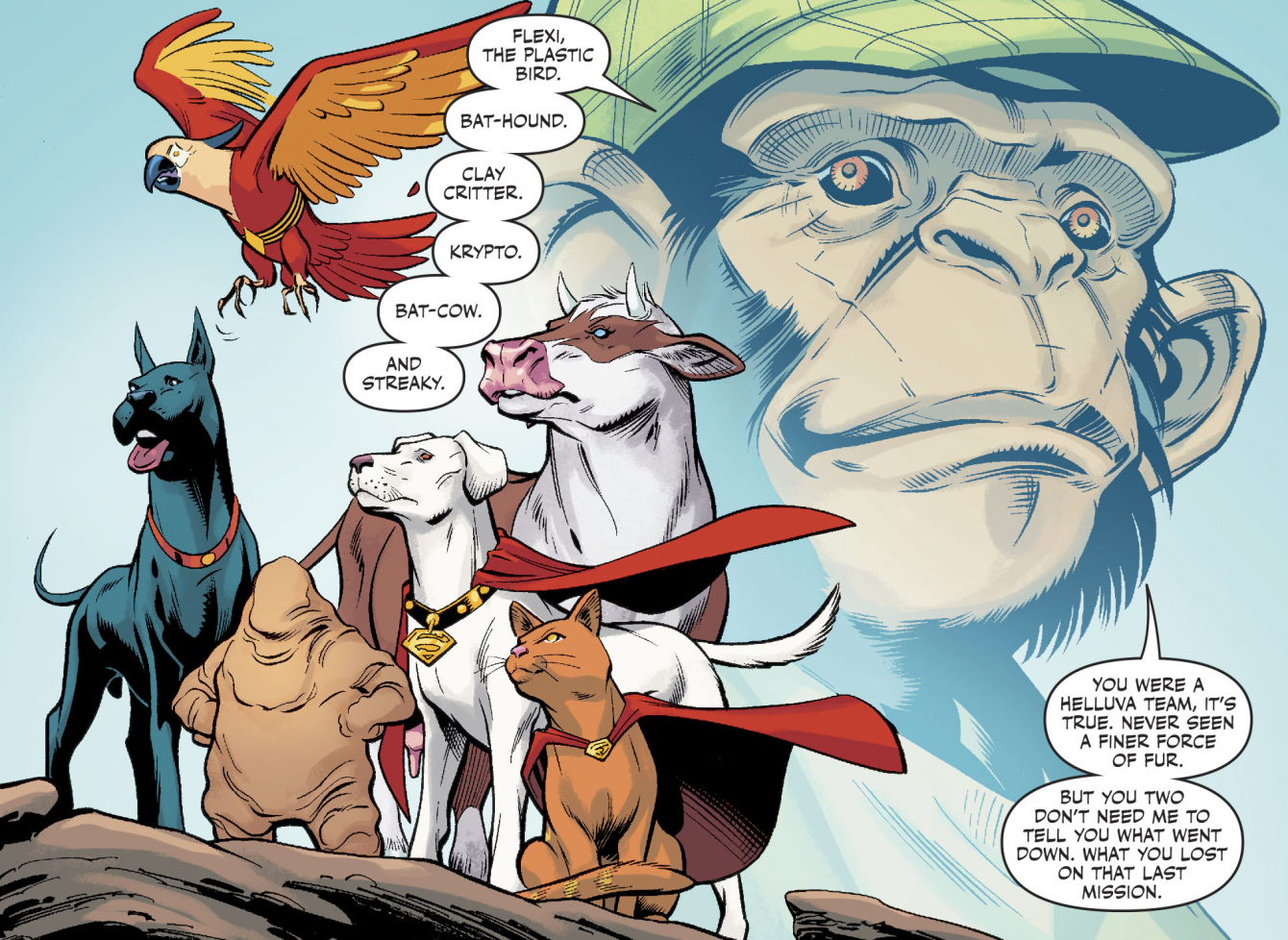 Jesse Quick: Control: When Jesse Quick uses her speed to access an alien artifact from a long-dead civilization, she finds herself imbued with the ability to harness and control the elements around her as her former super-speed is drained. But, when the power begins to corrupt Jesse, she must decide to give up these gifts or risk becoming, quite literally, her own worst enemy.

Blue Beetle: Graduation Day: Trapped between heroics and his future, Jaime Reyes is directionless. When the Reach interrupt Jaime’s high school graduation, things only get worse. Starfire becomes a new mentor to Blue Beetle, but is it Jaime or the Scarab that’s really in the driver’s seat? And why hasn’t Jaime applied to any colleges? 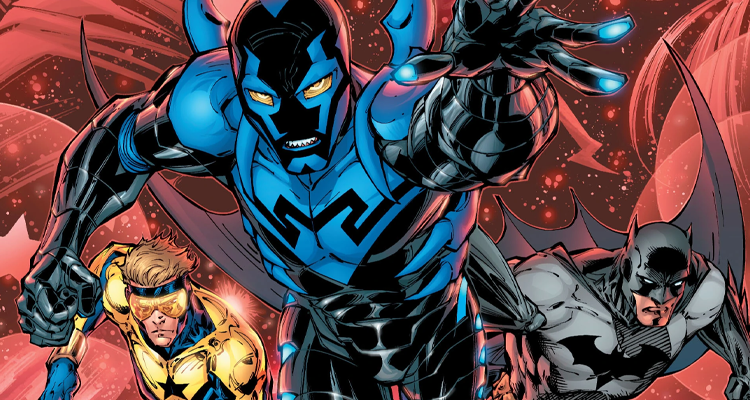 Nightrunner: Love in Paris: All of Paris is obsessed with an intoxicating virtual songstress, whose holographic stage shows are lighting up the City of Love. But when the “vocaloid” ingenue’s fans start to disappear, Nightrunner must track down the infamous developer behind the eerily realistic celebrity AI.

Swamp Thing: A House of Secrets: When love will not die, the dead must rise from the grave to kill it. Louisiana, 1905: Caught in an eternal triangle of love and living death, the monstrous Alex Olsen; his widow, Linda; and his undead rival, Damian, vie for control of the cursed swamp where life, death, the past, and the future spiral into one never-ending nightmare. 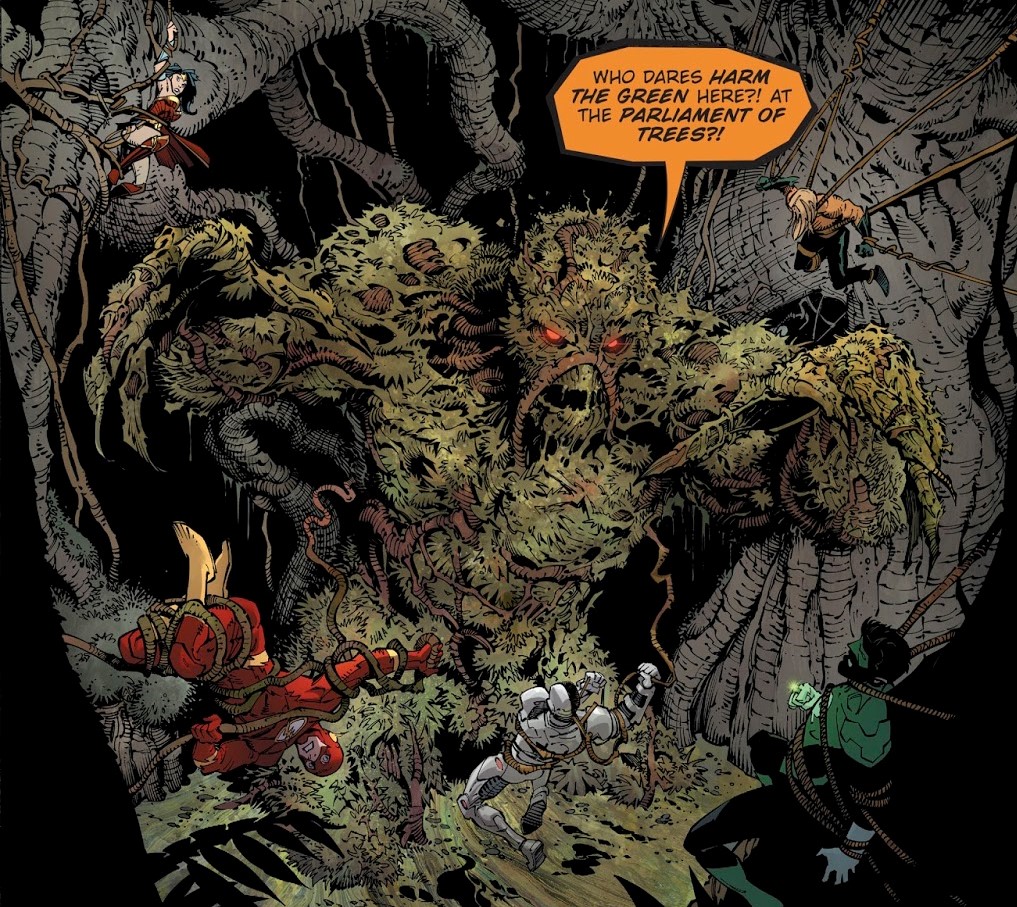 Suicide Squad Seven: Harley Quinn leads a team of criminals—a millionaire adventurer, a stage magician, a sugar-obsessed serial killer, a delusional former superhero, a drunk assassin, a mute metahuman, and a child who becomes a monster—to stop the centuries-old Church of Blood from trying to destroy all of humankind.

Asteria: The Last Amazon: An immortal Amazonian champion returns to Man’s World to discover her and the Amazons’ sacrifice now forgotten; a new breed of hero seeking power, glory, and dominance; and the secret family she left behind offering one last chance at redemption.

Superman & Lois: Ignition Our solar system is a machine—and its purpose is to trap and kill Superman! The sun is darkening, Mars’s orbit is changing, and a mysterious citadel in Jupiter’s Great Red Eye has awoken; it is time for Kal-El to stand against the very end of his world. But he won’t be doing it alone: Lois Lane is suited up and blasting off to get the biggest story in human history…and to watch Clark’s back as he faces his greatest challenge yet. Facing ancient aliens and planet-sized machines, trickster asteroids and the gigakrakens of Neptune, Superman and Lois will fight across all nine planets to prevent Earth’s dark destiny and save our future! 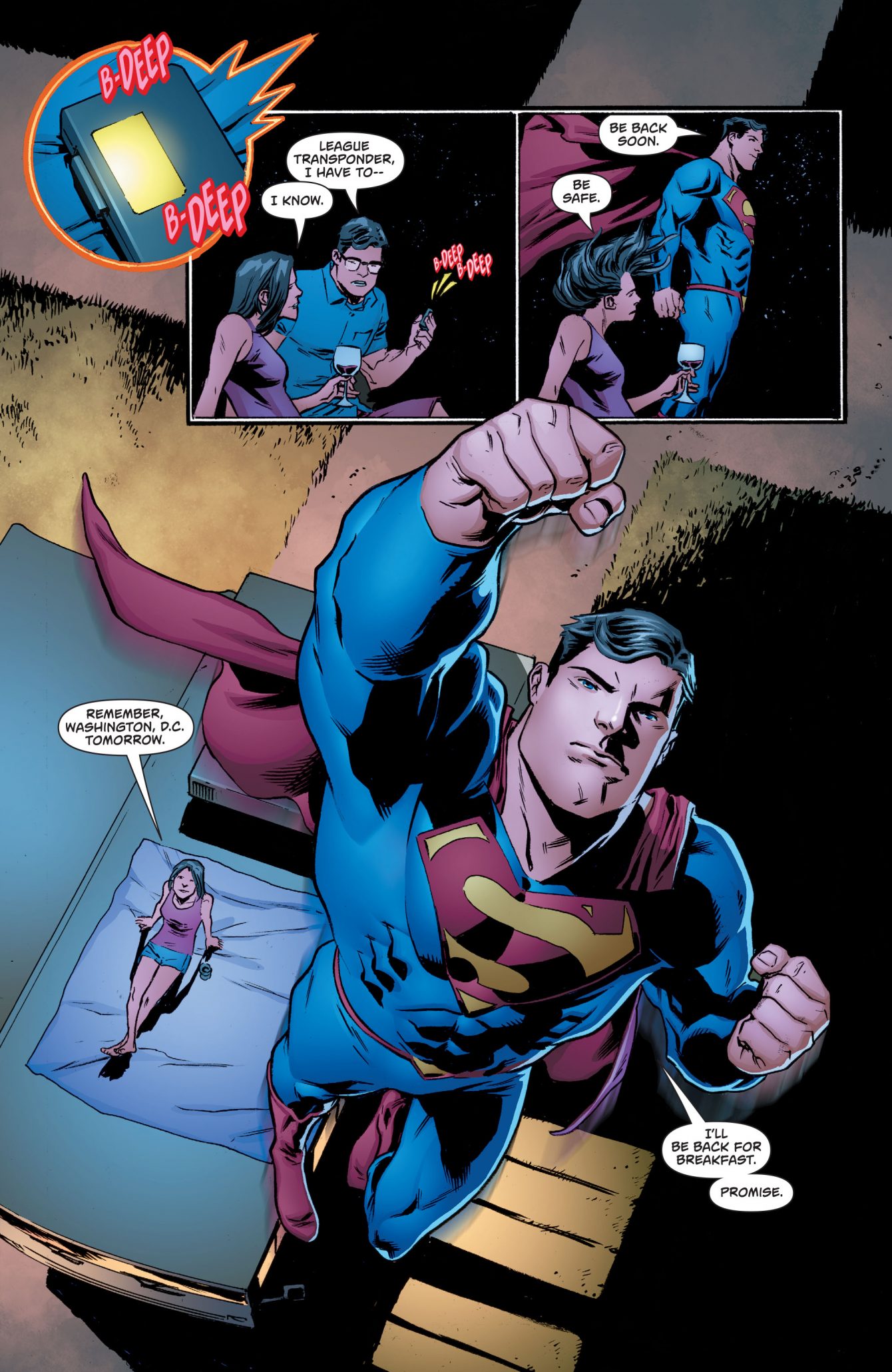 The first round of voting began on March 31st, and will end on April 7th. Voting rounds will continue on a weekly basis until the tournament’s end on May 27th.

On April 8th, DC will also begin to debut ‘sneak peeks’ for each remaining title, which “will be revealed at the end of each round.” 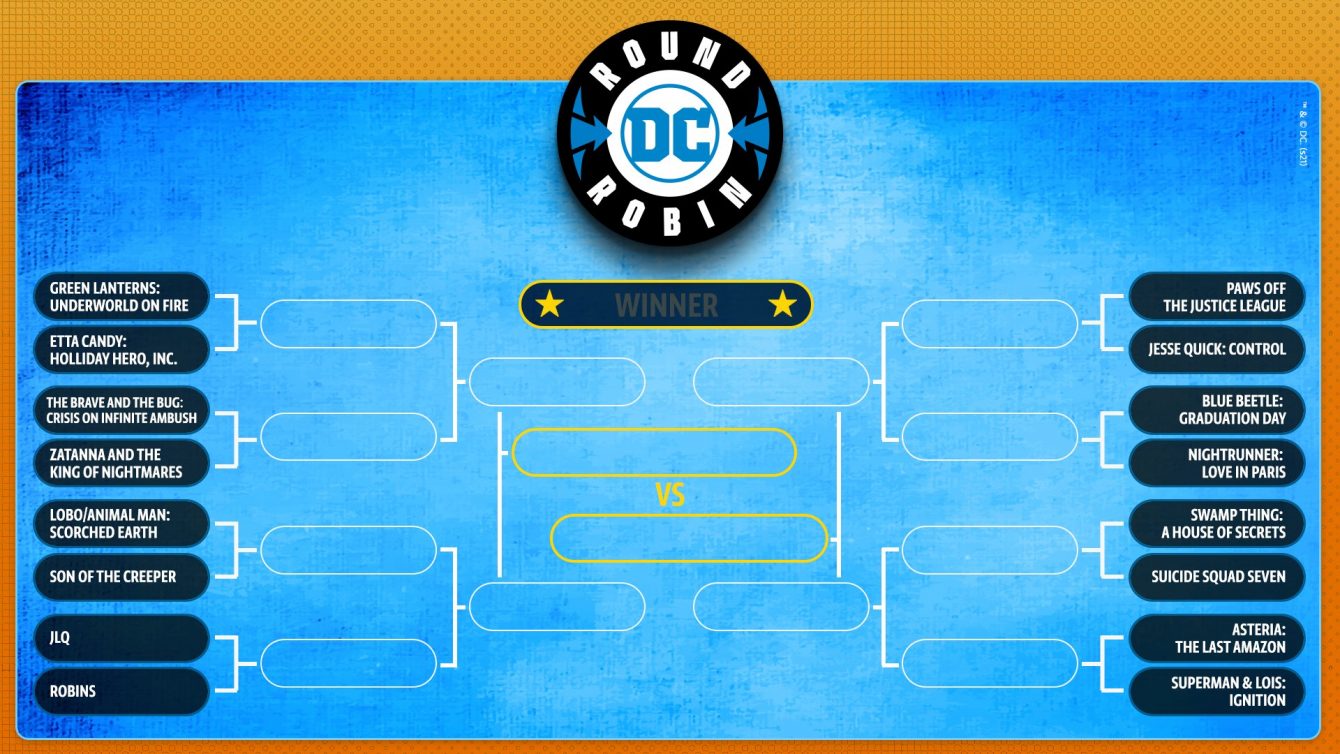 The first reveal will be talent teams and sport art, with subsequent reveals offering one-page and ten-page previews.

What do you make of DC’s new potential offerings? Let us know your thoughts on social media or in the comments down below!