To the surprise of absolutely no one, a number of critical race theorists have taken issue with the upcoming Native American inspired video game This Land Is My Land, harassing the developers with accusations of racism and calling for a boycott of the title.

An open-world survival game set in the 19th-century American frontier, This Land Is My Land sees players taking on the role of a Native American chieftain who, facing the impending threat of encroaching European settlers, takes up arms and fights to reclaim the land of their people.

Though the game lacks a straight-forward narrative, players determine the outcome of their experience through the decisions they make and the various missions they complete. 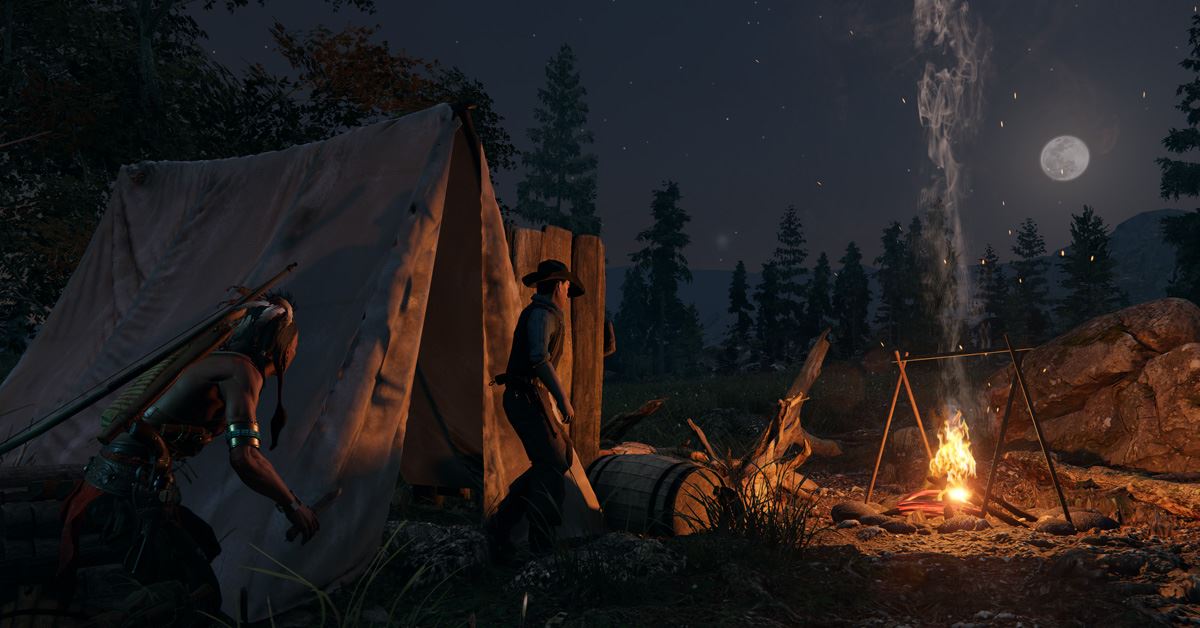 Explicitly noting that “This Land Is My Land is not a simulation game” on the game’s official F.A.Q. page, Russia-based developer Game-Labs clarified that the game “unfolds at a specific place that represents a time when the Native Americans were cornered in making a tough choice of assimilating with the foreign civilization or perish into history.”

“Our goal is to provide you with a Native American experience, unlike any other from a different perspective of the typical frontier game,” Game-Labs wrote. “The enemy will learn, adapt, and adjust their tactics from the actions you make and keep each playthrough dynamic and unique. They will remember and predict player actions and continually pose a threat to taking back your lands. That is the kind of experience we are delivering to you with This Land Is My Land.” 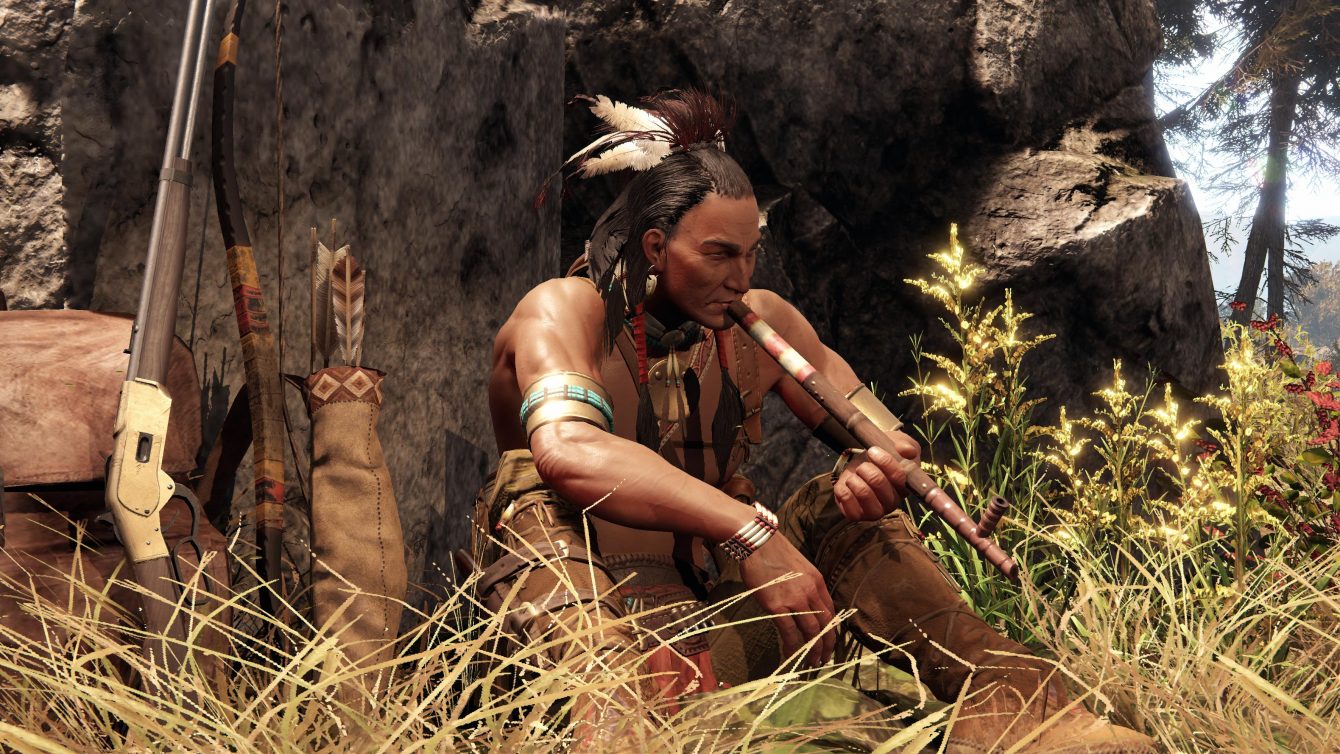 Related: Fear Mongering Petition To Ban Six Days In Fallujah Because It Will “Breed A New Generation Of Mass Shooters” Promoted By Mainstream Video Games Industry

“We understand this is a sensitive topic for many, but we still took on the challenge to create it, and we can reassure you it is not about who was right or evil or promoting stereotypes,” they added. “We are immersing you in a unique game world.“

Game-Labs further assured players that “we always do extensive research on subjects we chose to make sure our games are relevant to the context they cover. That includes the active involvement of the community during development.”

Available in Early Access since 2019, This Land Is My Land recently came to the attention of an online mob of critical race and social justice theorists, whose ranks took issue with the game’s Native American inspired content.

Despite framing themselves as the narrative ‘heroes’, screenshots shared by a number of said theorists showed that the mob were not only offering nothing close to constructive criticism, but outright harassing the game’s small, four-person development team.

“BOOST THIS PLEASE. DO NOT BUY THIS LAND IS MY LAND,” exclaimed @a3rice1 on Twitter, sharing a number of screenshots taken from the game’s official Discord server. “THE DEVS ARE EXTREMELY RACIST AND THERE ARE NO INDIGENOUS PEOPLE ON THE TEAM.” 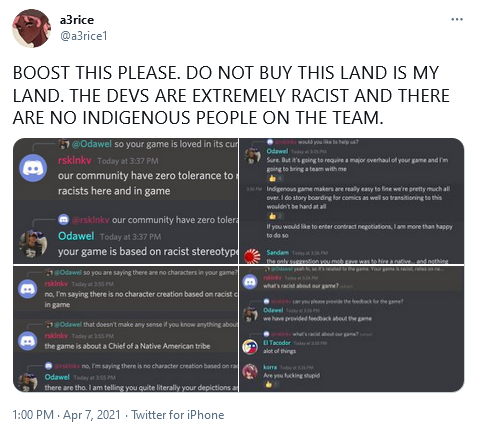 Yet, in an example of the above phenomena, the screenshots shared by @a3rice1 show a number of users doing nothing but hurling demands and accusations of racism at the developers.

One user, Odawel, even self-aggrandizingly insisting they be hired as an Indigenuous consultant to oversee “a major overhaul of your game”. 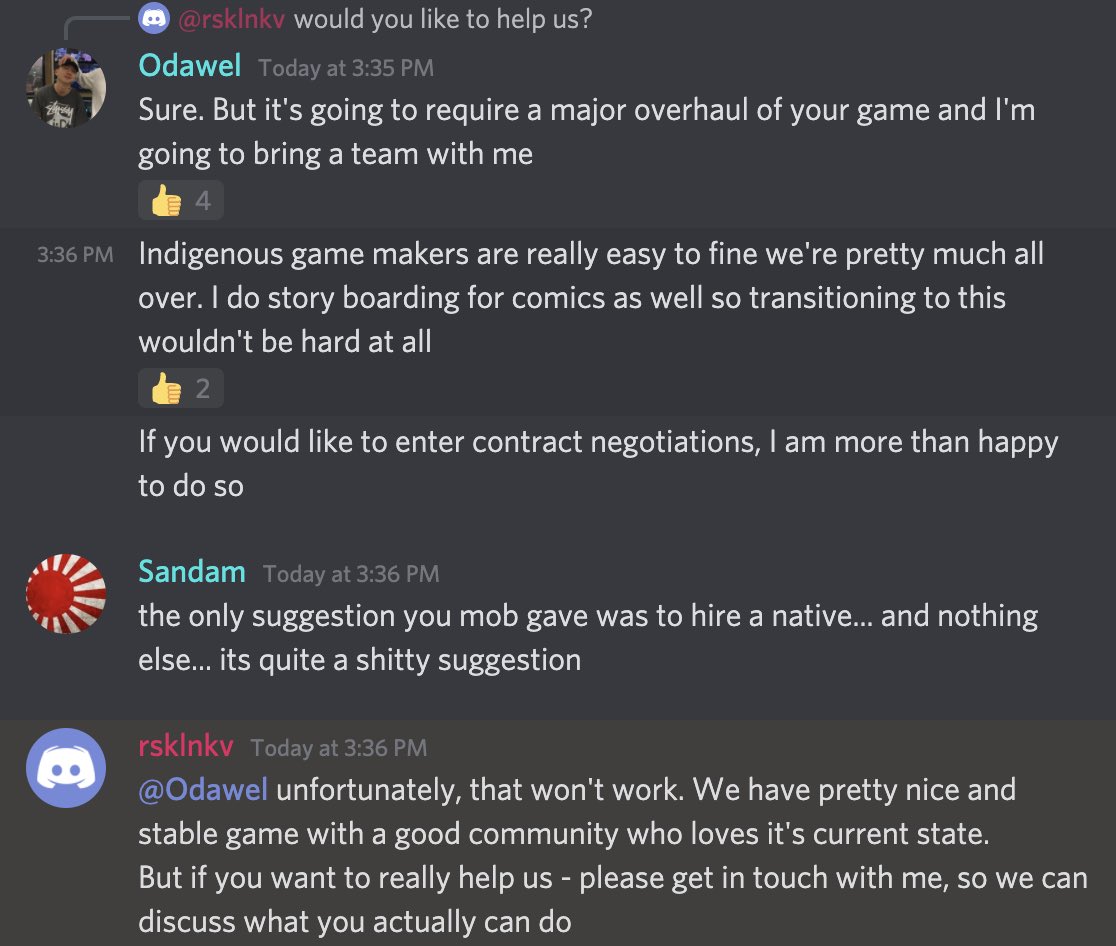 The mob even accused the devs of supporting fascism for allowing into the Discord server and upvoting the comments of a user whose avatar depicted the ‘Rising Sun’ design associated with Japan’s various military forces, based solely on the imagery’s historical association with Imperial Japan. 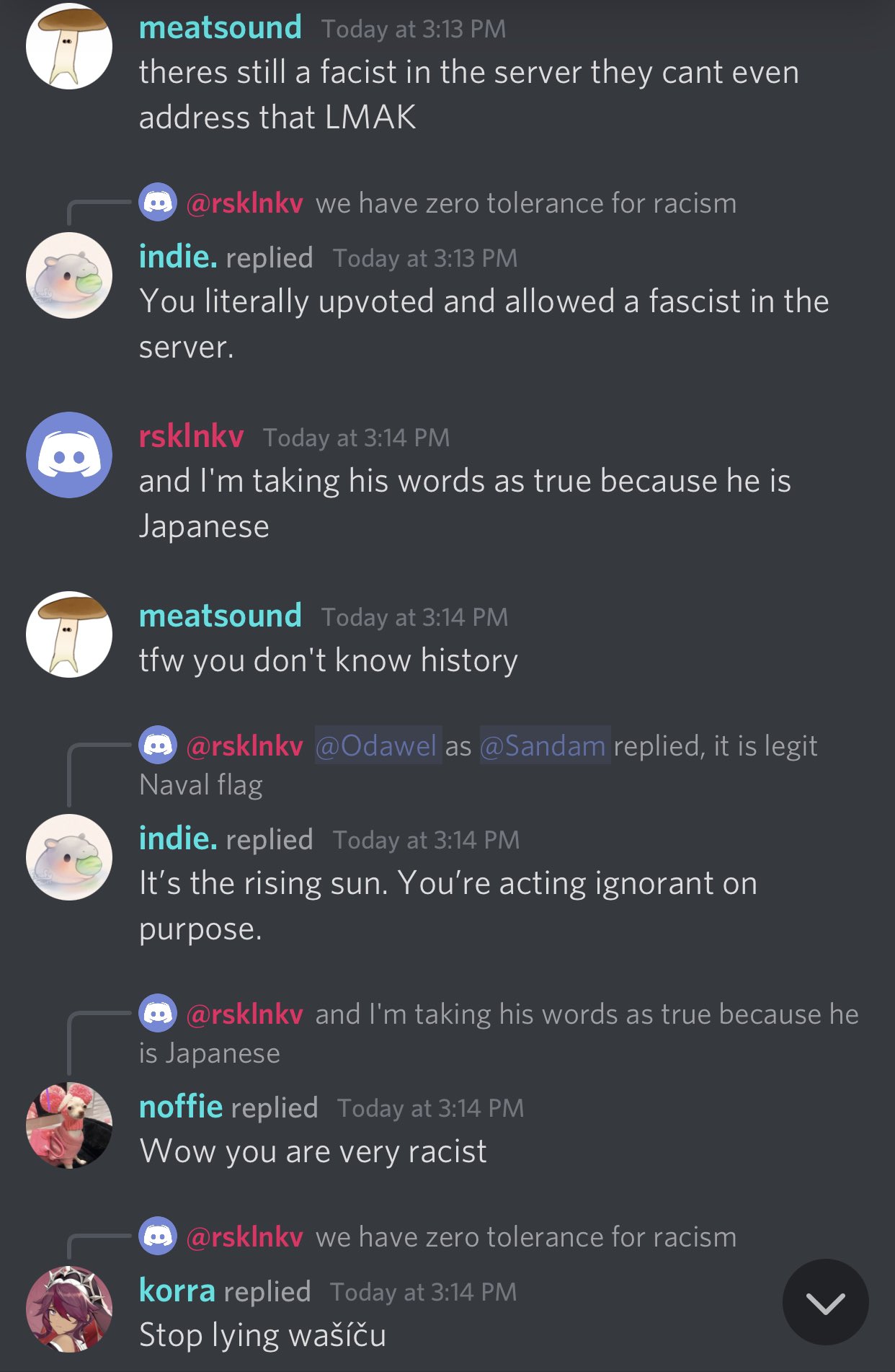 When the mob began to claim that their harassment had simply been a constructive discussion of the game, the game’s lead dev pushed back against their disingenuity and asserted that all they saw was a “holy war related to nationality of developers[,] which feels a bit racist”, only to be laughed at in response.

Actress and Twitch streamer Shauna Baker, herself a member of Canada’s First Nations people, called for players to “not play, stream, or support this game.”

“@TLIML_Official couldn’t even hire a single native person for this,” she continued, unable to understand that a four-person team has understandably limited funds and resources. “They instead decided to appropriate our culture while making up native tribes and saying it’s okay because they “researched us”.”

Again showing her only intent was to assert a moral high ground and ignoring the concept that a four-person team may have limited resources, Baker took issue with Game-Labs’ announcement that they were working on adding playable female characters to the game, disingenuously decrying the announcement as the devs having “just decided an hour ago that native women existed?” 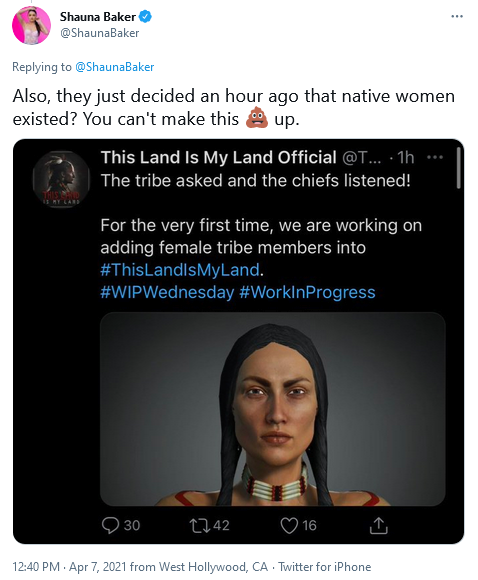 Thankfully, as of writing, the development has held steadfast in their creative vision and have thus far declined to cater to any of the mob’s demands.

This Land Is My Land is currently available in Early Access on Steam for $39.99. A ‘Founders Edition’ DLC pack, which gives players a number of bonuses including the ability to name an in-game enemy NPC, is also available for an additional $39.99.

What do you make of the calls to cancel This Land Is My Land? Let us know your thoughts on social media or in the comments down below!