The latest episode of Super Dragon Ball Heroes has officially named the mysterious red-and-black colored form used throughout the series by Cucumber, and in the process, introduced a new form for Vegeta that takes advantage of his Saiyan pride. 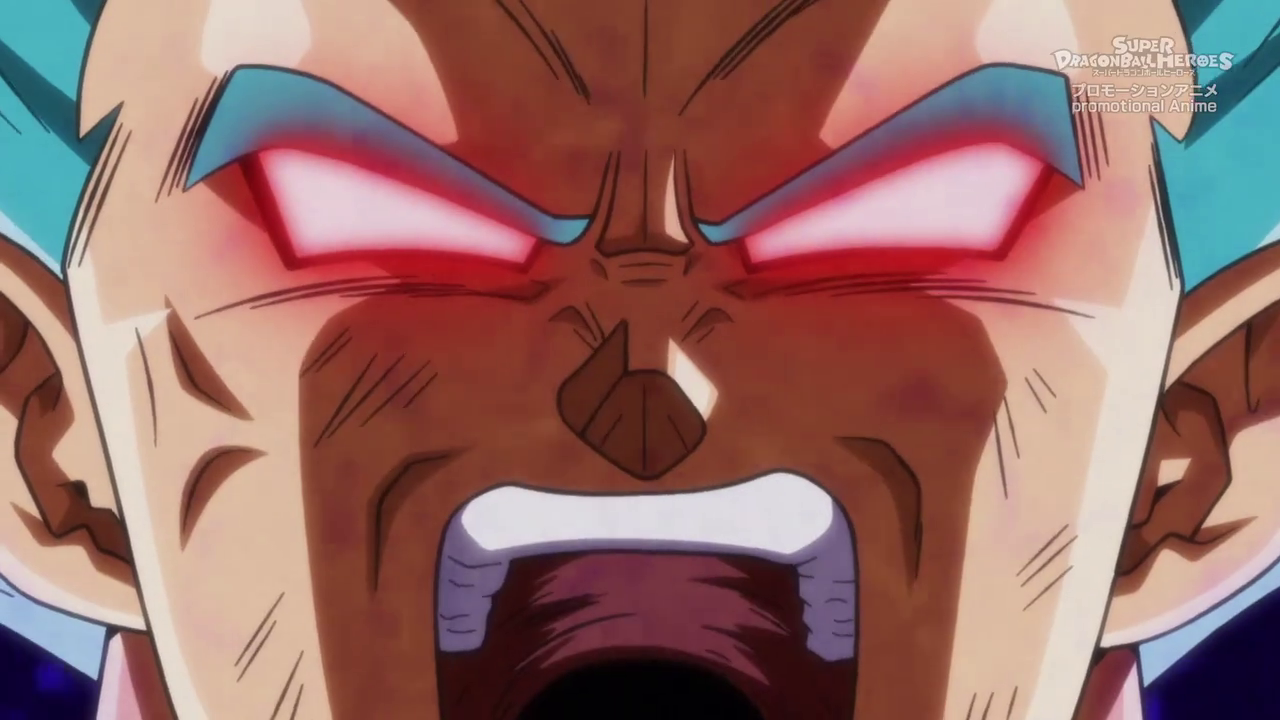 Referred to as both ‘Evil Saiyan’ and ‘Legendary Evil Saiyan,’ this form received its official name in episode thirty-five of the Super Dragon Ball Heroes anime, “The Pride of the Warrior Race! Vegeta, Awakening!!”.

After the ancient Saiyan Cucumber uses the power granted to him by this form to take Vegeta out of the fight with an overwhelmingly intense energy blast, Turles, the Saiyan warrior from the Tree of Might film who bears a striking resemblance to Goku, interrupts the battle to boast of his own abilities. 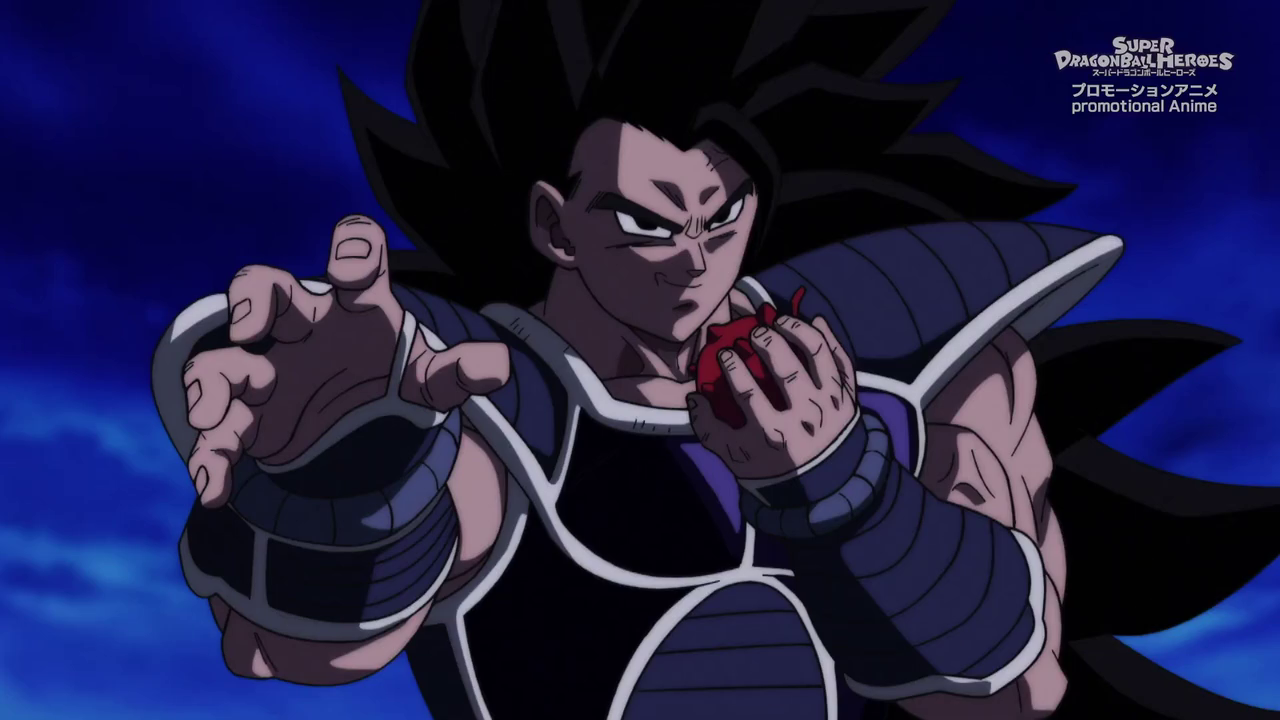 Enraged by his fellow Saiyan’s bragging that his constant eating of the fruit from the Tree of Might has made him the most powerful warrior in the universe, Cucumber chooses to abandon his pursuit of Vegeta and instead challenge Turles to a duel, seeking to prove who between them is actually worthy of the title.

Faced with Cucumber’s looming onslaught, Turles reveals that he has also achieved the Evil Saiyan form, giving the form its official name before promptly transforming in order to give his opponent a worthy fight. 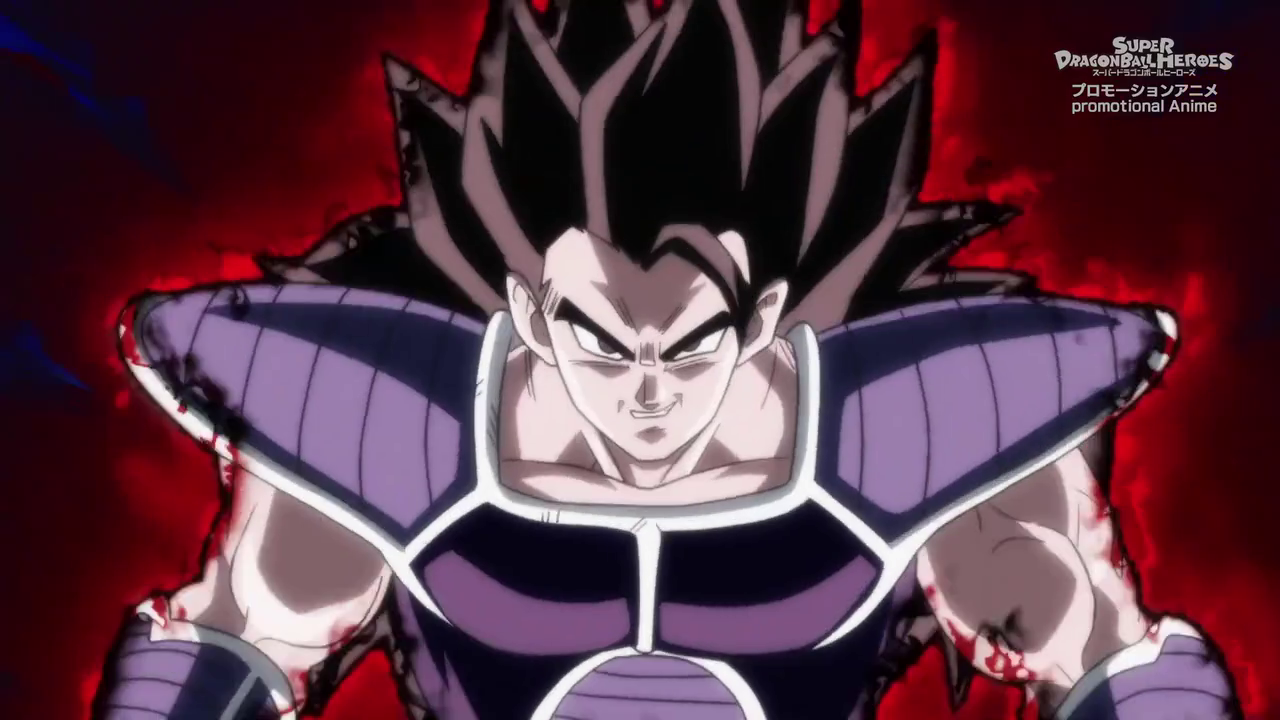 Though Vegeta fully recovers, he soon finds himself on the receiving end of the Evil Saiyans’ attacks, as throughout their own battle the two villains take brief moments to continue beating down the Prince of all Saiyans and ensure that he cannot return to the fight.

One such attack is the Evil Aura, an energy-based technique in which an Evil Saiyan uses their own evil energies to corrupt and convert any given opponent, which Turles unleashes against Vegeta. With Vegeta in his grasp of his energies, Turles calls on the Saiyan prince to accept that ‘evil’ is the true nature of the Saiyan race. 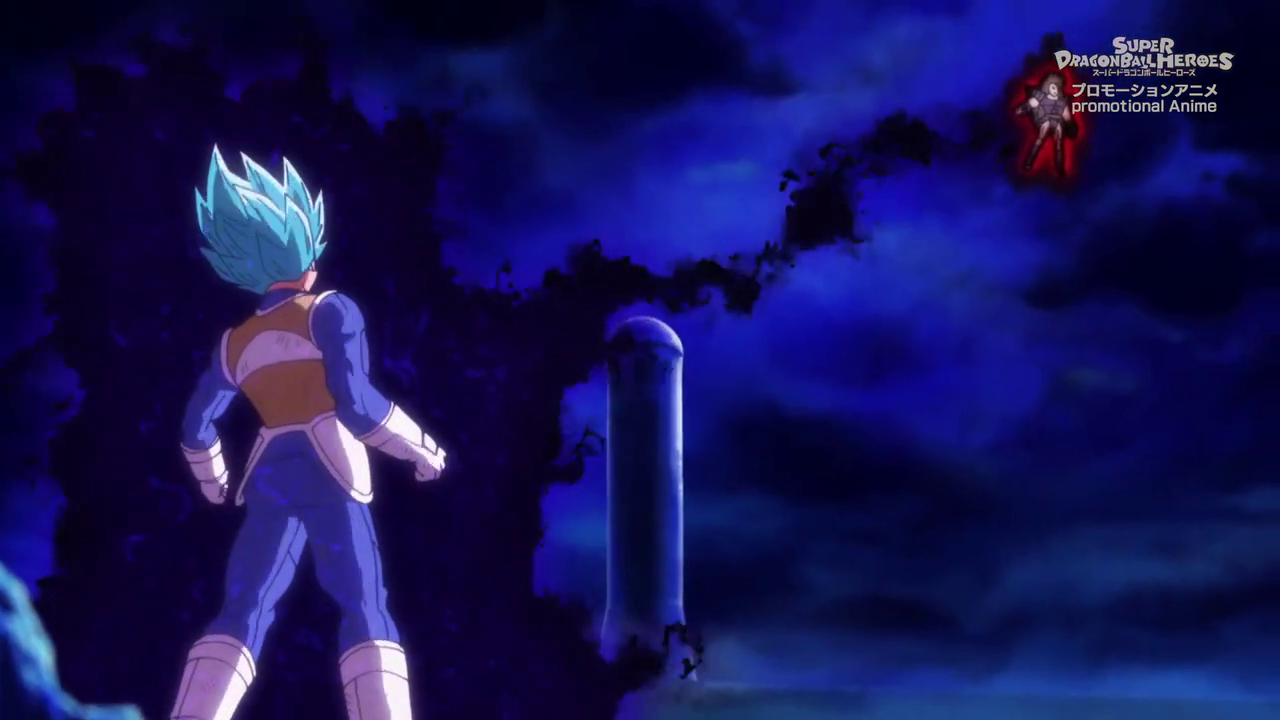 Unfortunately for Turles, Vegeta rejects his ideology, instead declaring that a Saiyan’s true nature is to strive and fight to become as strong as possible. In doing so, Vegeta is able to harness the corruptive elements of the attack and harnesses the power of the Evil Aura for himself. 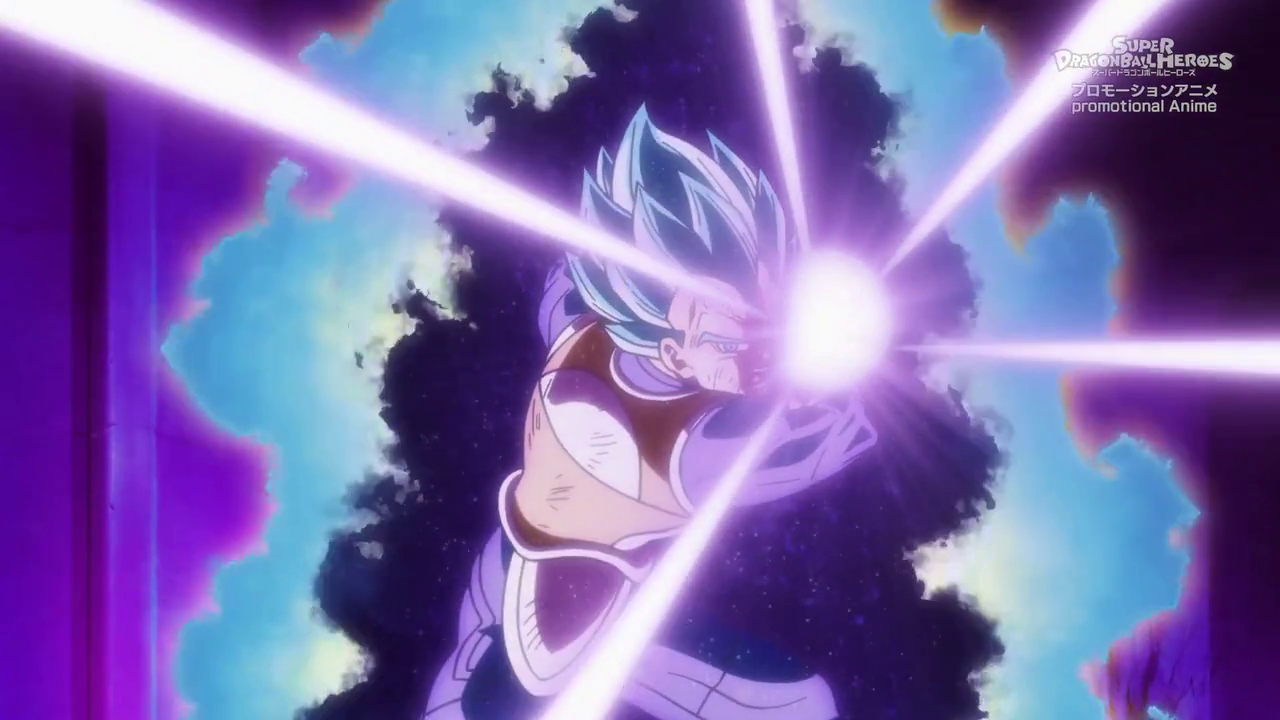 Notably, though the Evil Saiyan form received an official name in the series’ thirty-fifth episode, this was not the first episode in which it is seen.

That honor instead goes to Super Dragon Ball Heroes’ second episode, where the Evil Saiyan form makes its debut alongside Cucumber, then the only known warrior able to tap into the villainous transformation. 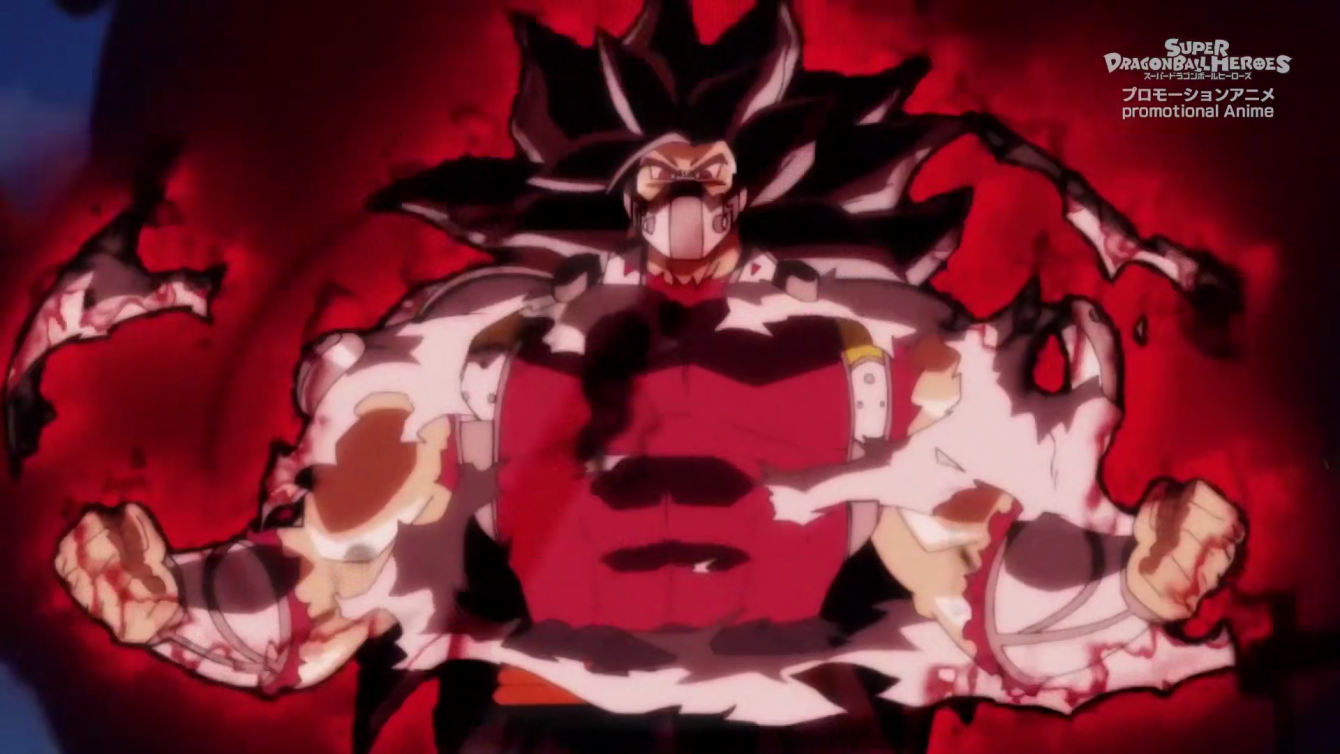 The next episode of Super Dragon Ball Heroes, whose title ‘Super Saiyan Rosé vs. Ultra Instinct! A Great Planet-Shaking Battle!’ suggests that audiences will see a showdown between Goku Black and an Ultra Instinct-powered Goku, is set to drop in June.

What do you make of the Evil Saiyan form? Let us know your thoughts on social media or in the comments down below!