Mortal Kombat star Ludi Lin, who played Liu Kang in the latest cinematic adaptation of the long-running fighting game franchise, recently criticized Amazon’s upcoming The Lord Of The Rings series for its apparent lack of “any characters that look Asian.” 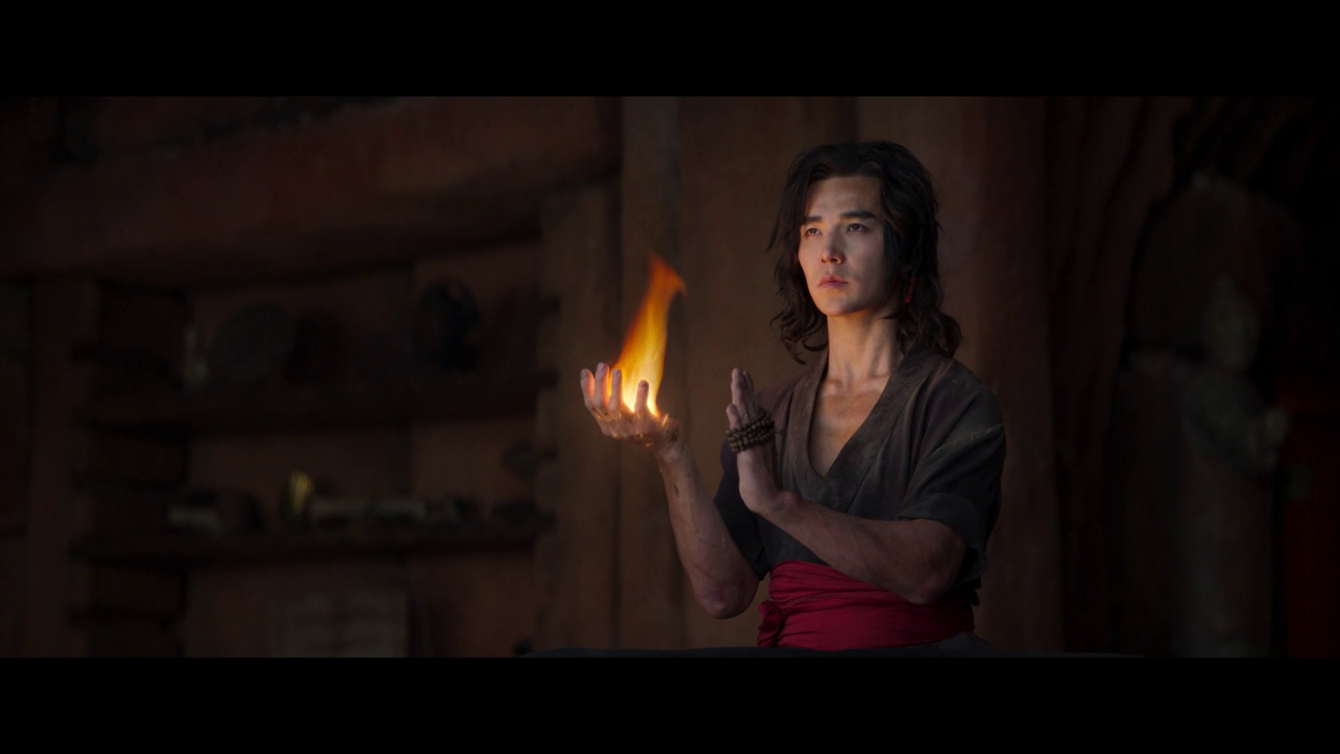 Lin’s comment was prompted by a comment made by Amazon Studios head Jennifer Salke, who told The Hollywood Reporter’s Lacey Rose during an interview for the outlet’s ‘Hollywood’s Most Powerful Women’ feature that the $465 million budget currently allocated for The Lord of the Rings series’ first season was intended to provide “a  full season of a huge world-building show.”

“The number is a sexy headline or a crazy headline that’s fun to click on, but that is really building the infrastructure of what will sustain the whole series,” added Salke. 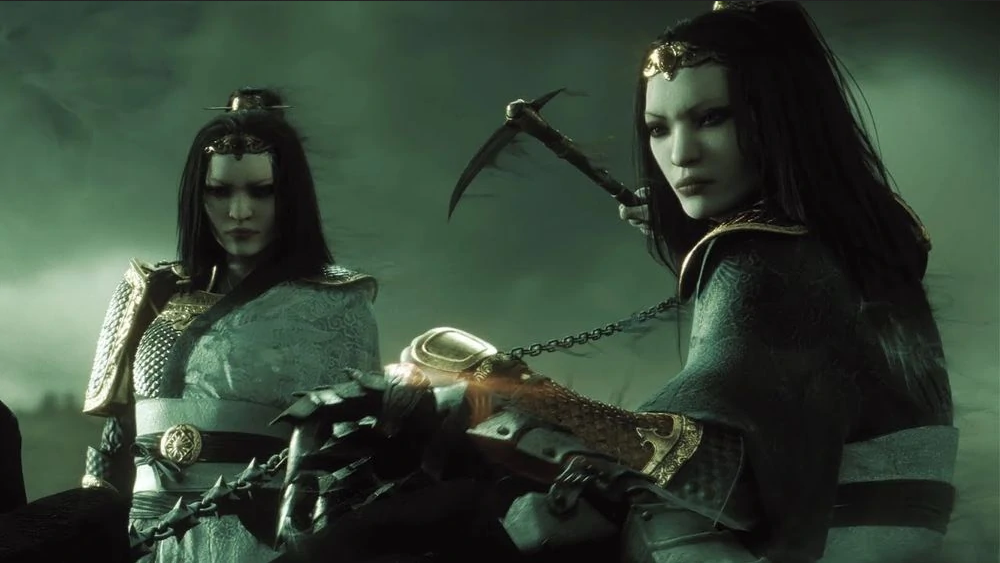 Shortly after The Hollywood Reporter published their feature, Lin took to Twitter to respond to Salke’s comment, asserting that “It’s going to be difficult to justify building a ‘huge world’ without any characters that look Asian.” 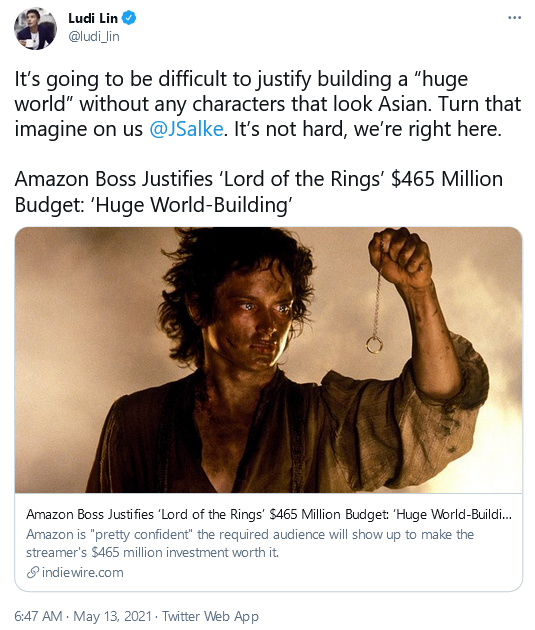 “Let’s put a little Asia in Fantasia, some of Middle Kingdom in Middle Earth,” the actor added in a follow-up tweet wherein he shared The Hollywood Reporter’s own coverage of his comments. “Your biggest fans have been waiting since ‘The First Age’ for it. Just saying @JSalke @AmazonStudios ; )” 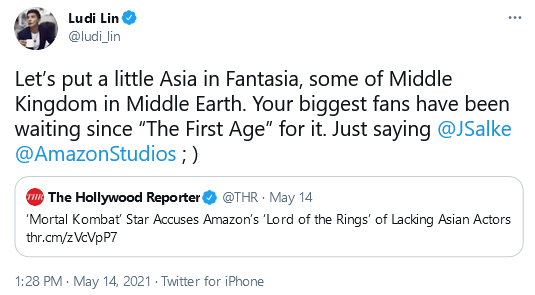 Unsurprisingly, Lin was soon met with pushback from fans, many of whom pointed out that the series was based on Anglo-Saxon cultures, myths, and folklore, and thus the lack of ‘real-world diversity’ was a non-issue.

In response, Lin clarified that he was not “‘bitchin’, just a bit disappointed that one of the best fantasies in the world isn’t showing love to all fans in the world,” before disingenuously describing the lore-based criticisms of his call for diversity in Middle-Earth as nothing more than a racist argument meant to keep Middle-Earth exclusively ‘white.’

“Gotta say tho anyone who thinks LOTR is for ‘white’ folks only because it’s purely a ‘white’ fantasy you gotta check yourself,” Lin concluded. 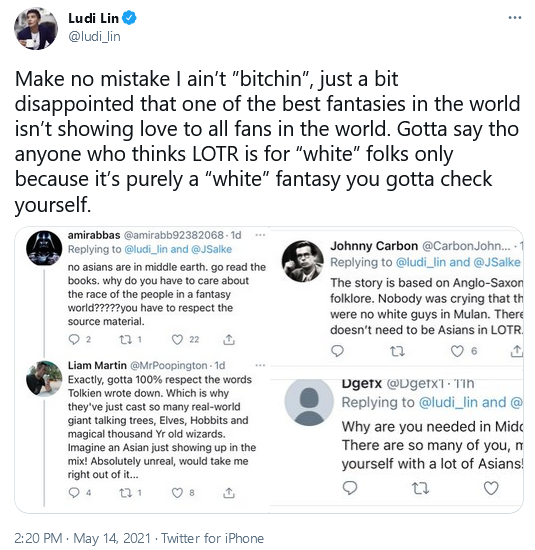 What do you make of Lin’s comments? Let us know your thoughts on social media or in the comments down below.